Kyrie Irving, NBA star of the Brooklyn Nets, has been indefinitely barred from playing or practicing with the team as a result of his decision to not get the COVID-19 vaccine. Although there are other professional athletes across the major sports in the U.S. who have also made the same choice, Irving is the most prominent case with perhaps the greatest consequences. Will his decision potentially impact future policies of the other major sports leagues including MLS?

Currently, no major professional league has instituted a policy requiring vaccination for its players, although some leagues and teams have mandated vaccination requirements for their staff. The NBA does not require its players to get vaccinated but has instituted incentives along with more strict protocols for unvaccinated players. Coaches, referees, and staff who work in close proximity to players are required by the NBA to get fully vaccinated.

“A vaccine mandate for NBA players would need an agreement with the Players Association,” NBA spokesman Mike Bass said. “The NBA has made these proposals, but the players’ union has rejected any vaccination requirement.”

New York City, San Francisco, and Los Angeles are the only three NBA cities with requirements by their local governments to be vaccinated in order to practice or play home games. Oddly, this mandate does not impact visiting players who are exempted from this requirement.

Irving was recently cleared to practice with his team as the City of New York ruled that the Nets’ practice facility in Brooklyn, HSS Training Center, is a private office building and not a public facility. However, his team did not appear interested in moving forward with a situation where he would be available for only half of the season’s games. Nets general manager Sean Marks said that he and team owner Joe Tsai were the final decision makers in prohibiting Irving from participating with the team as a part-time player.

“I think we all know what our objective is this year and how a decision like this maybe affects that ultimate objective,” Marks stated. “So they’re never easy decisions, but, end of the day, I think we’re looking at putting a group of people out there that are going to be able to participate fully. And that’s what this comes down to, and we’re not looking for partners that are going to be half-time.”

“Kyrie wants to be a voice for the voiceless”

Irving did not come to his decision lightly which has been made at great personal cost — he will forego $380,000 for every game he misses due to his stance and potentially lose out on more than $16 million in salary this season. In addition, it’s been reported that the Nets will no longer offer him a $186 million contract extension that he’s eligible to sign.

So what does this mean for the other professional sports and how does it impact their current policies?

The NFL has not implemented a vaccine mandate for players which would require consent from the NFL Players Association. However, they have set up separate protocols for vaccinated and unvaccinated players. Vaccinated players are not required to wear masks indoors and are tested only once every seven days. In addition, they are not required to quarantine after being exposed with few social restrictions.

Unvaccinated players are required to test every day including their off days. They are not allowed to visit with family or friends on their road trips and also cannot gather with multiple teammates away from the facility. Additionally, they are barred from participating in any charity events.

The league has warned teams that any outbreaks among unvaccinated players in 2021 resulting in teams being unable to compete would result in an automatic forfeit and loss on their record. Unplayed games would also cost players from both teams a week’s paycheck if the game can’t be rescheduled.

The NFL is hoping to implement a vaccine requirement for all of its players, pitting it at odds with the players who have so far voted against it. The league has mandated vaccinations for all coaches and team staffers in order for them to be permitted to work with the players.

Major League Baseball has not been able to require vaccinations for its players as the MLB Players Association has not agreed to making vaccines mandatory. MLB has incentivized teams by relaxing certain protocols for those with 85% of players and coaches who are fully vaccinated. Not all teams have reached that threshold, although 86% of coaches, players, and uniformed staff have been vaccinated.

The MLB office still requires vaccination for all its front office and non-uniformed employees. Some teams including the Washington Nationals, Houston Astros, and Baltimore Orioles have mandated the COVID-19 vaccine a requirement for all of their non-playing employees. This has caused some division within the Nationals’ ranks as they parted ways with several employees over this issue. Longtime executive Bob Boone left the team and at least two scouts were fired over their stance to not get vaccinated.

Major League Soccer has also not required players to be vaccinated, although it’s mandated for league office employees who work on site or travel for business. Insofar, MLS is deferring to individual teams for their respective club policy regarding their employees, as players are under league contracts and therefore exempt.

However, MLS policy has not come without repercussions. Complicating the issue was travel restrictions between the United States-Canada border. CF Montreal recently traded forward Erik Hurtado to the Columbus Crew in what is being cited as the first player trade in North American sports as the direct result of a player’s decision to not receive a COVID-19 vaccine. Being unvaccinated, Hurtado would have been required to quarantine for 14 days every time he returned to Canada after playing matches in the U.S.

A few players have spoken out publicly regarding their position in not getting a COVID-19 vaccine, including Toronto FC’s Nick DeLeon. “I will not get vaccinated. That will not happen to me, period,” DeLeon said.

“That’s just my personal choice and that’s the way I choose to live my life and I will not change that for anybody,” he continued. “I know who I am and I’m confident in it.”

DeLeon also stated that there’s “no chance” anyone will ever make him get a COVID-19 vaccine.

It’s clear that Irving isn’t the only one taking such a strong position in opposing mainstream opinion and public pressure. He’s simply the most high-profile athlete with the most at stake — personally and for his team. The Brooklyn Nets are roundly considered one of the prohibitive favorites to win the NBA championship this year.

Fellow NBA players Bradley Beal, Michael Porter Jr., Jonathan Isaac, and Andrew Wiggins have all been outspoken in their desire to not get vaccinated. Wiggins recently received the vaccine under pressure of potentially missing every Warriors home game if he’d chosen to stay unvaccinated.

“It’s not something I wanted to do,” Wiggins said. “But I was kind of forced into it.”

With the city of San Francisco having strict COVID-19 laws prohibiting unvaccinated players from playing in indoor arenas, he would have lost over $340,000 for every missed game.

“I felt like the only options were to get vaccinated or not play in the NBA,” the Golden State Warriors swingman said via Sean Highkin. “It was a tough decision. Hopefully in 10 years it works out and I’m still healthy.”

According to the The Atlantic, multiple sources with direct knowledge of Irving’s decision have stated that Irving is not anti-vaccine. It’s a bigger fight than him simply playing on the court and that he is challenging “a perceived control of society and people’s livelihood.” It is a stance that he has explained to close teammates and according to one source, “Kyrie wants to be a voice for the voiceless.”

As a seven-time All-Star and two-time All-NBA player, Irving has made more than $160 million in salary over his NBA career in addition to a sizable Nike shoe contract. Given that Irving is a star player on a high-profile team with championship aspirations, this is a touchy situation that most likely will have implications in other sports beyond just the NBA.

If an amicable resolution isn’t reached this season, this is a challenging situation that would impact Irving’s future earnings. As of now, there are no indications that the current policy on the vaccine will change in New York City. Other NBA teams could be open to a potential trade offer for Irving, but it’s unclear whether he would be willing to agree to a trade. Currently, Irving would be eligible to fully play in all cities except New York City, San Francisco, and Los Angeles.

Irving fully believes this is a bigger social issue than what’s happening on the basketball court. He has chosen to take a stand for the voiceless persons on being able to make a personal choice on whether to take the vaccine without losing their job. In doing so, he has been willing to face media and public scrutiny and future negative impact to his livelihood. 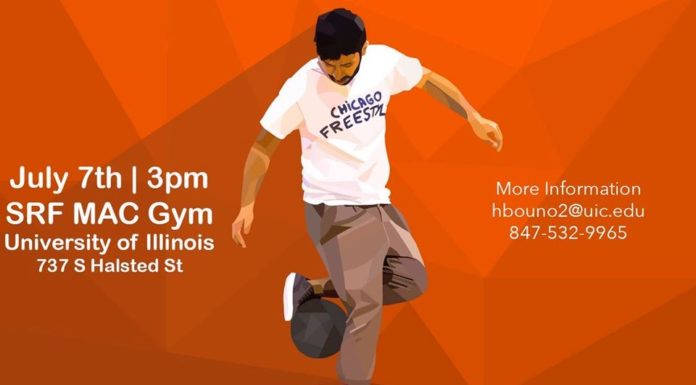