Along with the noticeable rise of street football in the U.S., the street game hype is happening all over the world, with exciting talent popping up all over the place with a variety of unique styles. Russia is one area where ballers are pushing the sport to new limits. Big brands are also paying attention—Adidas, Nike, and Coca Cola have begun to promote the game with competitions and marketing throughout the country, and particularly in Moscow.

In 2014, Nike hosted the street football tournament Buntari Korobok, where thousands of fans gathered at Gorky Park to watch the finals. Adidas also opened The Base Moscow where ballers frequent on the daily. With the movement quickly growing, we’ve put together a shortlist of some of the new Russian faces to look out for in the street football scene.

Romankov is a fresh-faced street baller born in the capital city of Moscow. He grew up loving panna as well as freestyle football and found himself playing in Panna Pro tournaments.

He has also played in tournaments hosted by G-Shock and Adidas, and is becoming a fixture at street ball events as a talented ground mover.

Евгений, or Eugene, is another baller who lives in a small city not too far from Moscow. He picked up street football in his early 20s by watching videos of futsal and street football players performing advanced moves. “I sat and thought about it for a minute. In what way am I worse than these players? I could learn all these tricks by myself! And that is when I was really sucked into the street football world,” he told us.

As he continued following street footballers and freestylers, including Issy Hitman, Soufiane Bencok, Sofiane Touzani, and Nelson de Kok, he began to train on asphalt 3 to 4 hours a day. He now plays in different futsal leagues as a midfielder and has a passion for panna competitions. “I would love to compete in all of the competitions around, but financially the travel expenses would be too expensive. I usually train alone even though I have several friends interested in learning. One thing I tell all of them is that it takes a lot of time and patience to learn all of these moves. It is my dream to travel the world and play against all of the talent from different countries,” he said. At the age of 27, Eugene is considered one of the more advanced ballers in the country and will no doubt continue to help grow the sport.

Orekhov was born and raised in Moscow, and found it a blessing in disguise that the surfaces available to play on were less than ideal. When he was growing up, he would often play on broken shards of glass and rough field conditions—but it was these pitches that in fact drew him to the sport. “That’s why I prefer street football. Your skills and character really determine who you are,” he explained. Orekhov’s game of choice include 5v5, 3v3, and 1v1, with a strong focus on pannas.

Growing up, the baller watched Joga Bonita videos, and after watching a number of street ballers, thought such tricks would be impossible to learn. Then in 2011, he met some of the pioneers of Russian street football, the Street Madness team, including Papen and Bizex, at the Adidas Originals Panna Tour. The highly technical ballers inspired him to learn and improve his own skills, eventually adding him to their squad.

This list would not be complete without highlighting the coolest cats of street ball, Street Madness Russia, who have dominated the scene, made appearances at numerous tournaments, and captured the attention of Adidas. The talented crew is also responsible for inspiring a slew of new and aspiring ballers, and does so with style and skill. 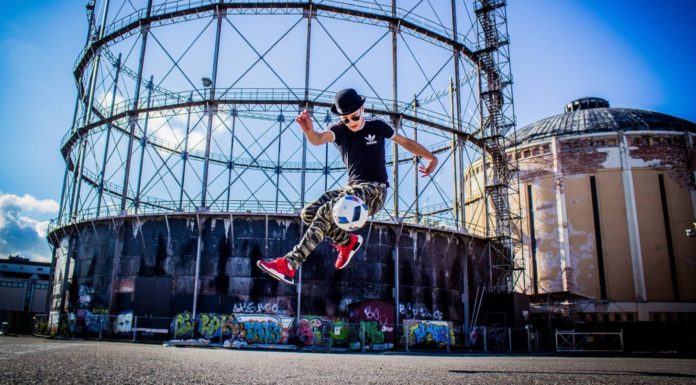