Combining his humor and wit with his passion for the beautiful game, Ian Edwards’ Soccer Comic Rant podcast is one of the most engaging soccer-centric shows out today. We caught up with the comedy veteran, discussing the podcast, his favorite players to bash, and what it’s like being a Manchester United fan in 2018.

Ian Edwards has made a name for himself as one of the funniest comics around. Currently residing in Los Angeles, Edwards is taking advantage of a rather robust comedy scene by performing and dominating on stand-up stages alongside other prominent LA comics. When he isn’t performing or writing for shows such as Blackish, The Boondocks, and Crashing, Edwards takes time out of his week to host the delightfully dense, yet easily digestible podcast, the Soccer Comic Rant, a project that allows Edwards to talk about one of his favorite and lesser-known pastimes, football. 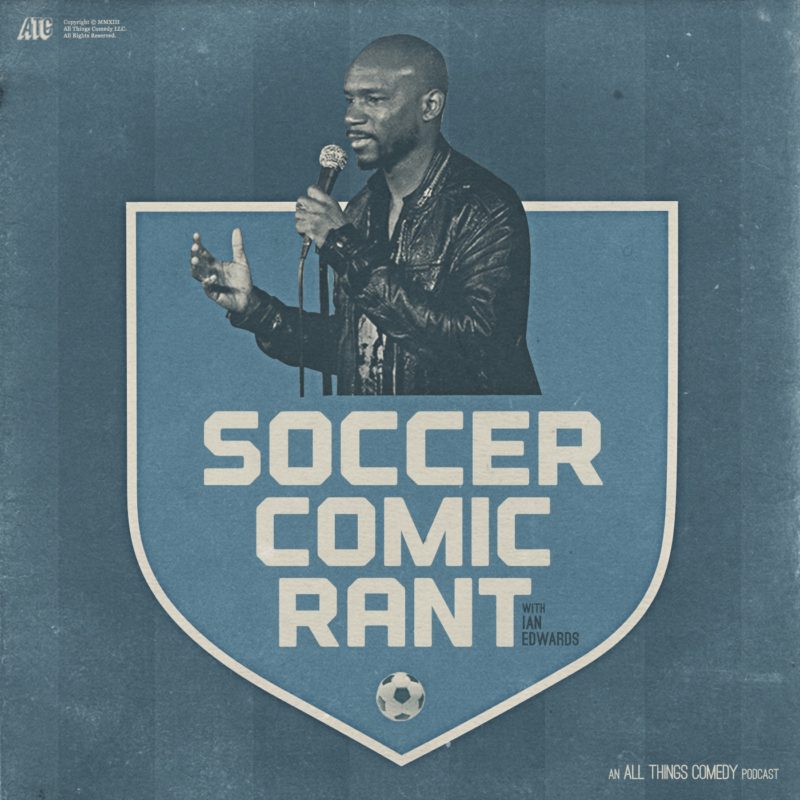 Before his comedy career, Edwards spent his childhood living in Jamaica and England. It was during that time that he developed a deep love for the game, watching as many Premier League matches as possible and holding onto the idea every English lad has of one day becoming a professional footballer. While the latter never came true, Edwards’ love for the beautiful game is as strong as ever, and he uses his comedic mind and keen football senses in the SCR to make the free-form podcast highly engaging for any football nerd.

We caught up with Edwards to talk about the podcast, his favorite players, and the universal love of trash talking your mate’s team.

Urban Pitch: Can you tell us a little about how you first became interested in football?

Ian Edwards: I grew up in England, and everyone played whenever they could — during breaks, at lunchtime, after school — and I was always watching it on TV. I think every kid in England wants to be a professional footballer. You just grow up with that mindset, you know until you’re not. But you really grow up with a love for the game.

Who were some of your favorite players when you were growing up?

Part of my childhood I grew up in Jamaica, and they showed a lot of Premier League games. They’d mostly show Hotspur games, so I liked a bunch of Spurs players like Ossie Ardiles and Garth Crooks. And of course we’d watch the World Cup, so I saw a bunch of amazing world class players.

You’ve been hosting the Soccer Comic Rant podcast for nearly five years. What has the journey been like, and what are some of the challenges you’ve faced to keep it going for so long?

I think a lot of the earlier podcasts weren’t that great but we were enthusiastic. Now, with football people, you really need to know the sport. Over the past five years, I’ve really learned a lot. I learned that it’s okay not to know everything, and not to pretend to know everything. Just say what you know, and sometimes when you interview people, they know more than you. You learn from them and just contribute in your own way, sometimes in a funny way, and sometimes in a knowledgeable way. You learn to just go with it.

I love how informational and nerdy you get with your coverage in SCR. There is a great mix of stats and personal input that is often hilarious. How would you describe your style of the podcast?

Well, I approach it like a fan and then also like a comic. I’ve been a comic for a long time, so I like to observe, and I have my own take on things. So I watch a lot of interviews from pundits and pros, and I watch a lot of highlights they watch, and I’ll have my own ideas of why things are working or not working or how they could work better. I’ll just give my own take on what I see or what I think is going on. There are these facts and stats to look up, and I like to investigate, because you want to get to the bottom of the stats.

If you could interview any footballer past or present on the show, who would it be and why?

Oh, a bunch of them. It would be cool to talk to Pele just because I think he’s the greatest of all time. And Messi, both Ronaldos, Pogba, Rashford, there’s so many. There’s coaches like Pep (Guardiola), Luis Enrique, Gareth Southgate, the list wouldn’t stop. Just the opportunity to get their mindsets. Also, you know I have a cousin who plays in the Premiership and he just scored this weekend — Kadeem Harris — he plays for Cardiff. He’d be great to interview because we could talk about his journey and having a family member playing in the Premiership.

You’re a comedian by trade, and one of the best things about football culture is fan banter. Who are your favorite teams and players to trash talk on and why?

Well, I used to have a partner with the podcast, and he was a Spurs fan. They’re kind of overbearing, so it was always fun to trash talk him or see his team lose. I’m not a Chelsea fan. So sometimes when there’s a Chelsea game I like to trash talk Chelsea fans I know. There’s coaches I don’t like, like Rafa Benítez, but I’ve been rooting for him lately because Newcastle owners are all worse than him, and he’s doing a good job with a bad team. So I hate the owners, and that is making me like Rafa more.

Who are the players you love to defend?

Paul Pogba is the No. 1 player I like to defend right now. He’s won a World Cup, but then ex-Man United players keep getting on him. The problem with Man United is not Pogba, and if we lose him, then we’re really sunk. We need him.

So you’re a Manchester United fan. What drew you to the Red Devils?

When I moved to America, they didn’t really show professional football on TV for a long time. I think in the late ’90s, they started showing international games. So I was able to see Barca play, Chelsea, and Liverpool. And initially I liked Steven Gerrard, and I liked the way Arsenal played, but nobody played the way Man U played. The way they just came back in games and the way the coaches were engaged. And it was the right time to fall in love with them because they had the story of five or six players that came up through their academy youth system. There was Giggs, Beckham, the Neville brothers — they came right up into the team and it felt like a self-made team, they were all English players. So I was like, “Man, this is dope!” I just fell in love with their style of football, and they never gave up. It was relentless. It was like a metaphor for life. There were games where they were down, no time left in the game, and somehow they’d figure out a way to get a win. That’s what attracted me to them more than any other team.

Happy Valentine’s to the love of my life! #BPL #soccer #football

It’s a tough time to be a Man U fan right now. What do you hope to see for them by the end of the season?

I just dropped my expectation because sometimes you have to be a realist. Chelsea is good right now, Liverpool, like everybody has the right coach and the right players right now, and we seem to not have the right mix of those two things. So what do they expect? We’re gonna struggle this year for sure. We’re gonna lose games. There’s no cohesion from front office down to the end of the team. All I hope is by the end of the year they kind of pull it together and we see some light at the end of the tunnel going into next season. I’d like to start next season with optimism. So I’ll see where the rest of the season goes. 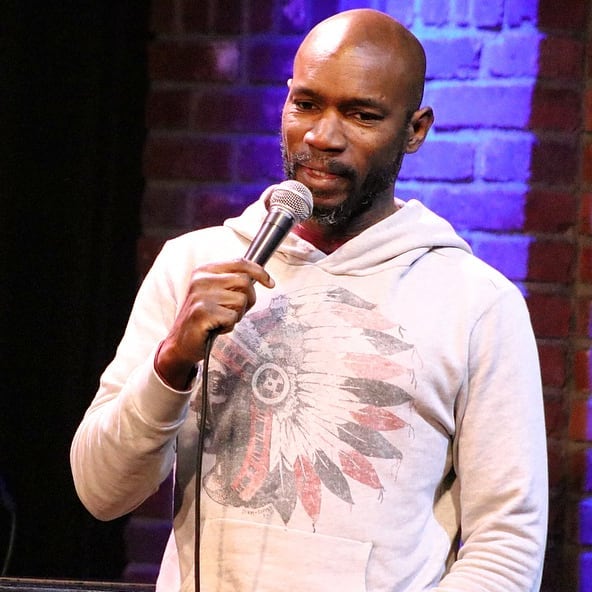 Has football ever found its way into your comedy bits?

Yeah, in my earlier comedy it did, but I don’t talk about it now. I never developed an ongoing bit with it.

Do you have a favorite football joke?

Well, the Internet is great for that. The other day I saw a meme of Lukaku where he was in some tight jeans on the field which kind of is a jab at how he’s been playing. He’s playing so bad, he looks like he’s running in spandex or something. So that’s hilarious. The Internet is full of funny stuff like that.

Which of your comedian friends do you think would be the funniest to watch on the pitch?

Probably most American comics. None of them probably play. It might be funny to see Joe Rogan try and play. Yeah, that would definitely be hilarious.

Just to wrap things up, a little while ago, we had a five-a-side team fantasy draft, where we all picked our dream small-sided football team. Who would you choose to be on your roster?

Messi, Pele, Zidane, Iniesta — that’s four, let’s get a defender — the Kaiser, Franz Beckenbauer. That would be a stacked team.

Be sure to check out and subscribe to Ian’s Soccer Comic Rant podcast, and keep up with his escapades through comedy by following him on Instagram. 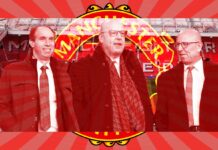 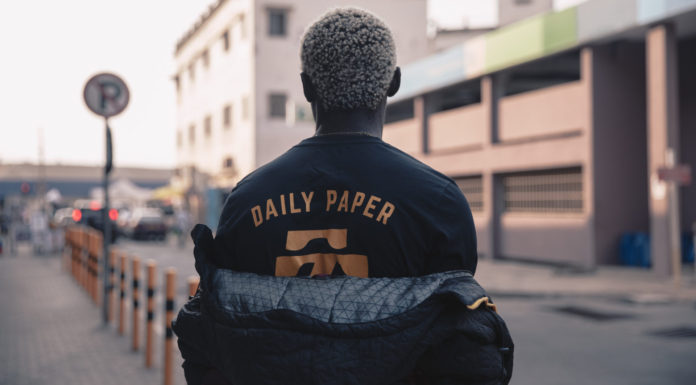