With over 100 years in football, Admiral will forever have a place in the game’s history book. But the brand is looking to begin a new chapter, and we get a first-row glimpse into its resurgence.

History and sports. The two are inextricable from one another. Whether debating which era of a sport was the greatest or examining how sports have changed society and vice versa, it’s difficult to mention one without the other — especially in the game of football.

We’re of course talking about global football, and while its true origins may be dubious, it’s clear that the game as we know it today started in England in the late 19th century with the creation of the Football Association. It has since spread across the globe, and its ubiquity has made it more religion than sport depending on where you go.

There have been countless iconic moments, players, and clubs in the nearly 160 years since the FA’s inception, and yet they can all be represented by a rather simple item: the football shirt. The number one source of football nostalgia, all you need is one glimpse at a certain pattern, color, or detail to recall your favorite (or most traumatic) memories surrounding the game.

Today, the appetite for football kits has never been bigger, with clubs releasing up to five jerseys in a single season, and not to mention the rapidly growing retro marketplace. All of this can be traced back to one brand with over a century in the game that’s also the mastermind behind some of the most iconic shirts ever made — Admiral. The first brand to put their logo on a jersey, Admiral pioneered the replica kit market that has since ballooned into a behemoth.

We have previously documented the brand’s run of dominance in the 1970s and ‘80s, supplying some of the biggest clubs in the world in addition to the England national team. But after a rather dormant phase in the 21st century, new ownership has Admiral poised for a resurgence, especially in the United States.

We at Urban Pitch have been working with Admiral to help usher in its new era, and we’re proud to present the first phase of our collaboration — an all-new jersey design inspired by the brand’s storied past. 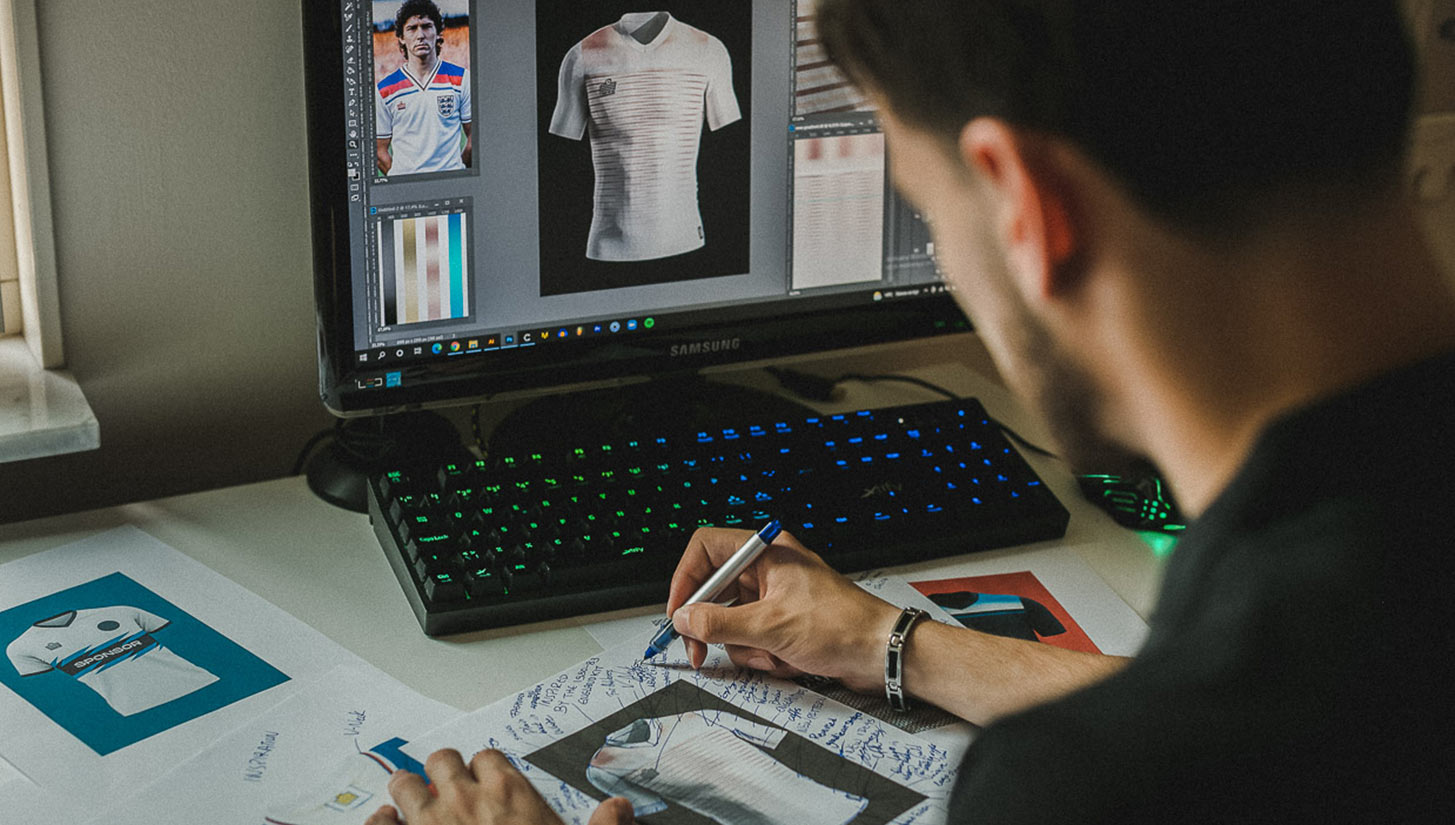 In order to create the kit, we enlisted the help of CFK Designs, a leader in the growing field of concept kit creators. He’s behind some of the most eye-catching concepts in the game, and we even featured him in our Creator’s Challenge back in 2017.

We worked with CFK to create a design that not only fit in with Admiral’s longstanding history in the game, but also brought the brand into the present day. And anyone who is remotely familiar with football kits won’t need an explanation of the final product’s inspiration.

Widely regarded as one of the greatest jerseys of all time, this kit has the unmistakable DNA of the Admiral England national team shirt famously worn in the 1982 World Cup.

CFK added some new touches to the ‘82 skeleton, including swapping the iconic stripes on the shoulders for a gradient, and adding a similar gradient striped pattern through the kit’s body. The result is a design that instantly recalls images of the original without looking like an exact copy.

But how did we get here? Going from an idea, to a concept, to a physical final product is a more daunting process than it sounds. 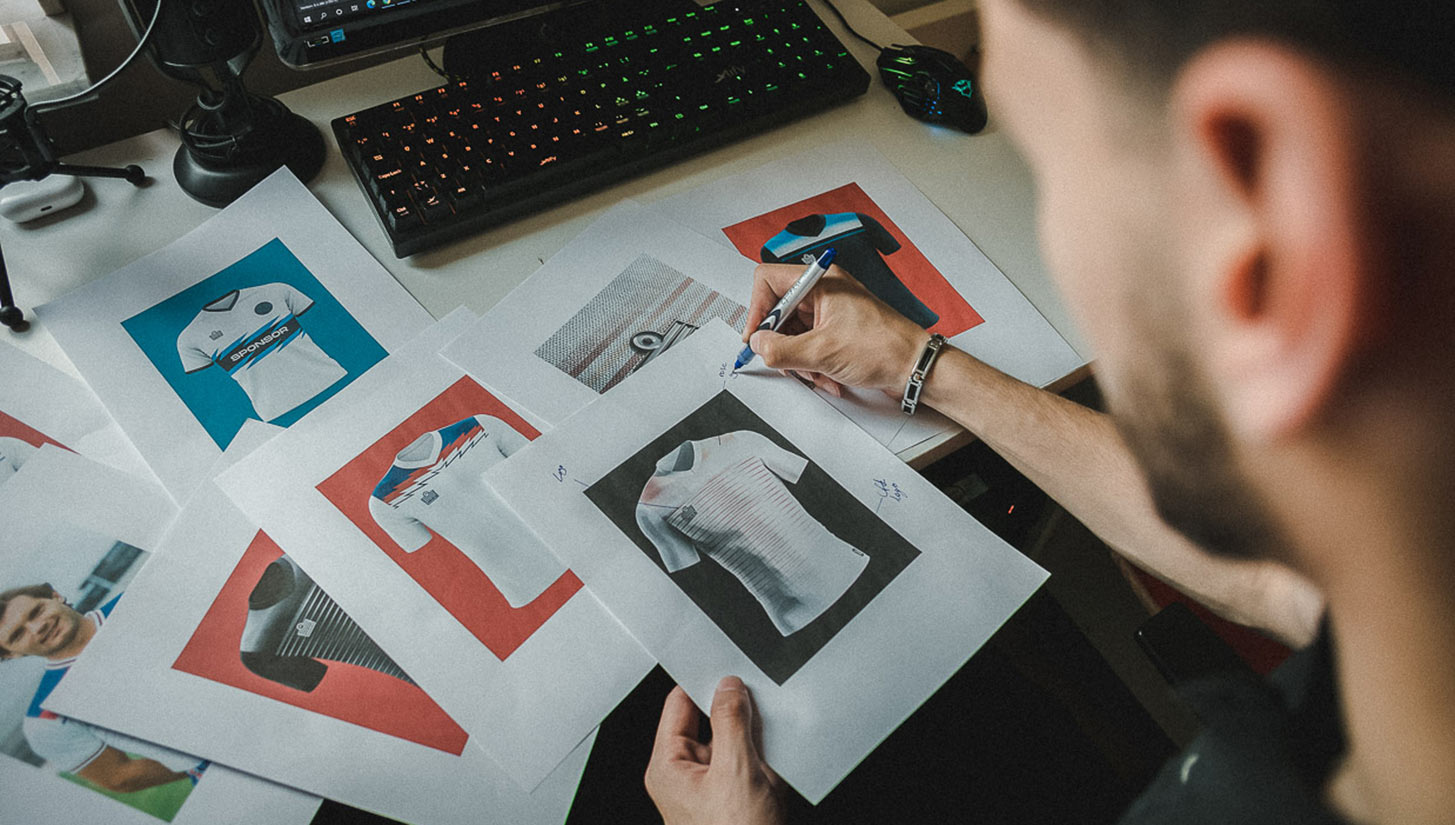 It starts with the inspiration. Sure, the ‘82 kit may seem like an obvious choice, but it’s far from the only iconic design in Admiral’s annals. Another possible route we nearly took included a new take on the famous “hooped” shirt of the Vancouver Whitecaps from their days in the NASL. The ultimate goal was to create something with a connection to Admiral’s past that could also be appreciated on its own, and we figured the ‘82 jersey was our best option for that, however.

Next up, we had to figure out how to differentiate from the original in a way that wasn’t sacrilegious. It’s iconic for a reason, and we had to honor it while also tweaking it for the modern era. CFK played around with a few different patterns and details, before finally settling on the gradient motif present throughout the shirt. 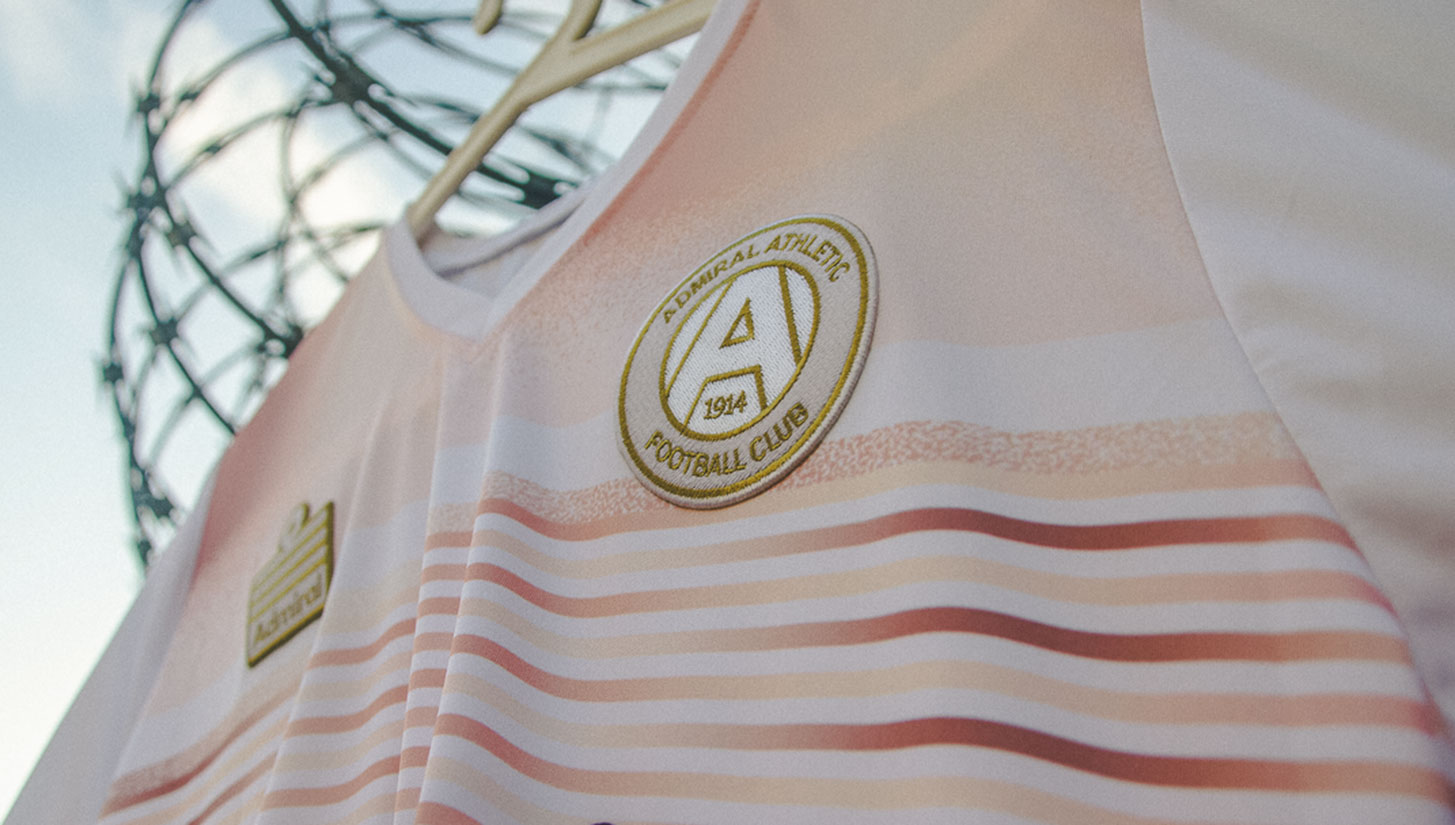 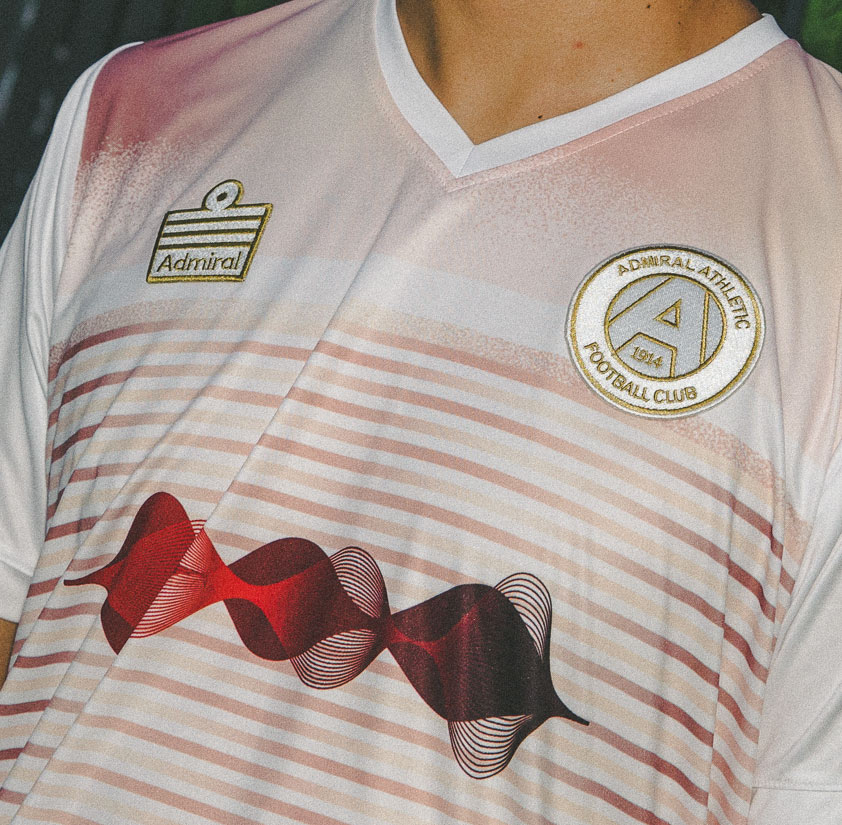 Finally, once we had the design secured, we had to pick a color scheme to put the shirt in. Something aesthetically sharp that would stand out and catch eyes. Rose gold was an early favorite. We’ve seen it in accents of France’s 2019 Women’s World Cup kits and Manchester City’s stellar 2020-21 away, but rarely, if ever, has it been the main color.

If rose gold isn’t your thing however, you’re in luck. This jersey will be part of Admiral Sports’ iD software, a powerful kit builder that allows for maximum customization. Unlike other kit builders, iD isn’t limited by colors, and you can drape any design in the nearly endless selection of Pantone hues in its library. You can also upload a custom crest, sponsor graphic, or pattern on top of the shirt as well. 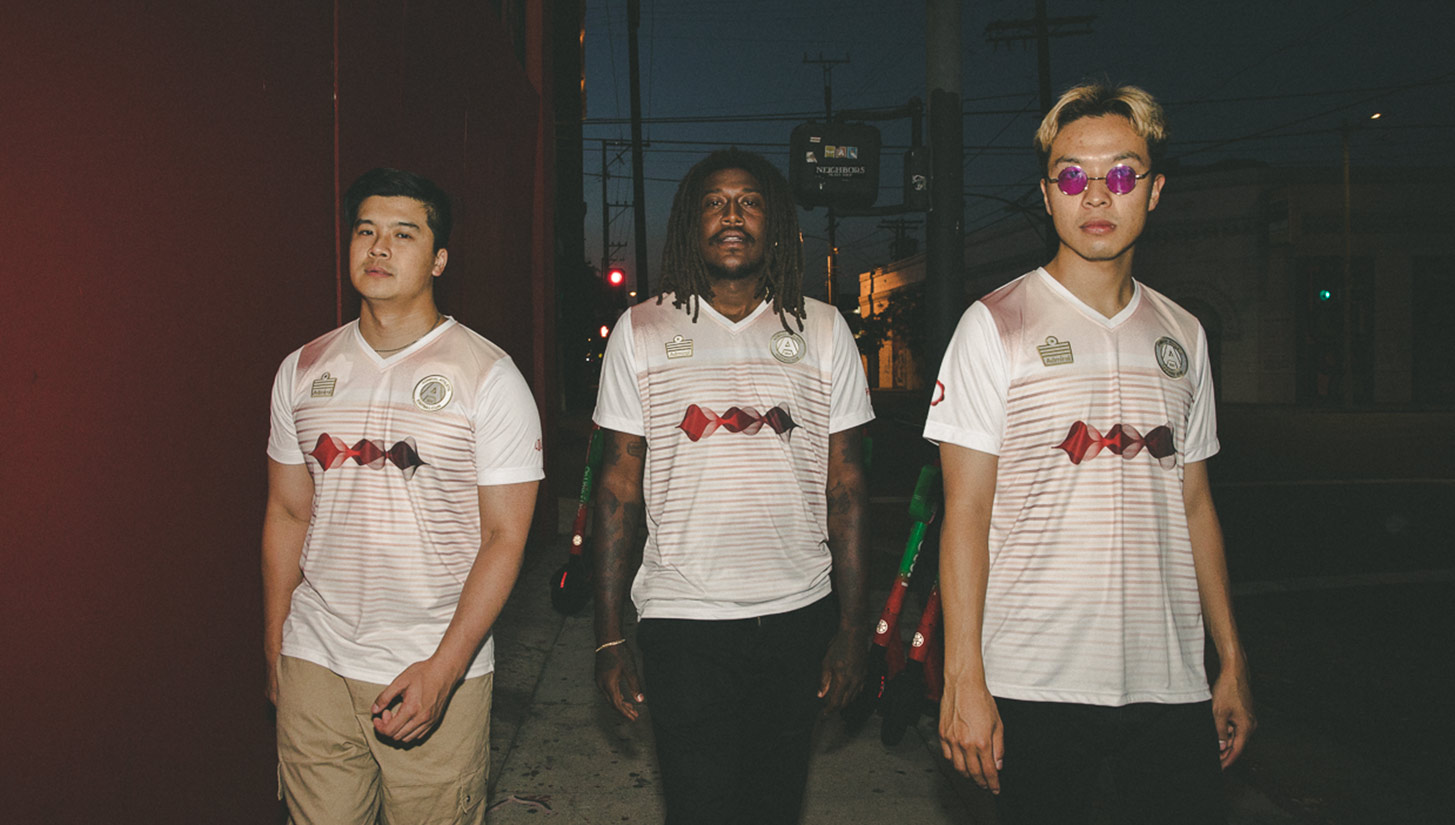 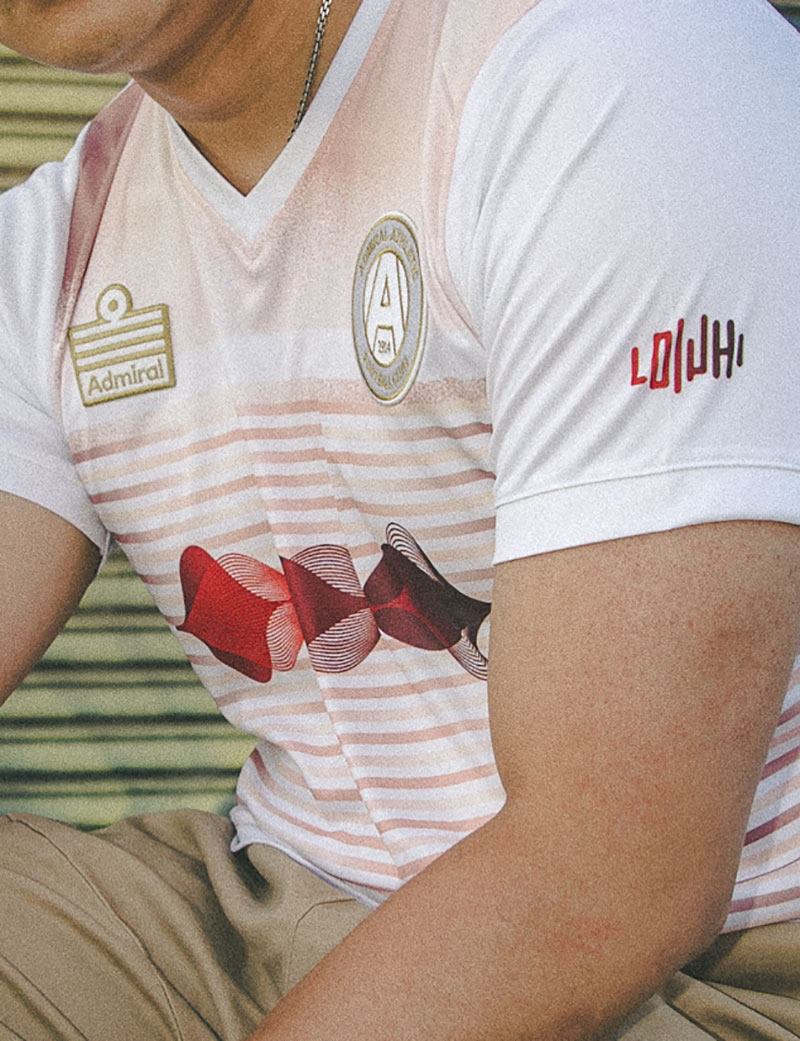 We utilized iD’s capabilities to create an extremely limited run of shirts, and teamed up with LA-based music artists Sakyboi, Lowhi, and AmirSaysNothing to aid in the design. In addition to their artist logos on the sleeve, we put sound wave graphics across the chest as well as the opposite sleeve.

If Admiral is truly looking to make a comeback and reestablish itself in the U.S., appealing to the cultural side of the game, which has been steadily growing Stateside, is a smart move. Getting in on the ground level and building a foundation is traditionally the best way to create something long lasting and impactful. But this is only the first step in the brand’s reintroduction — and it’s probably in your best interest to watch this space. 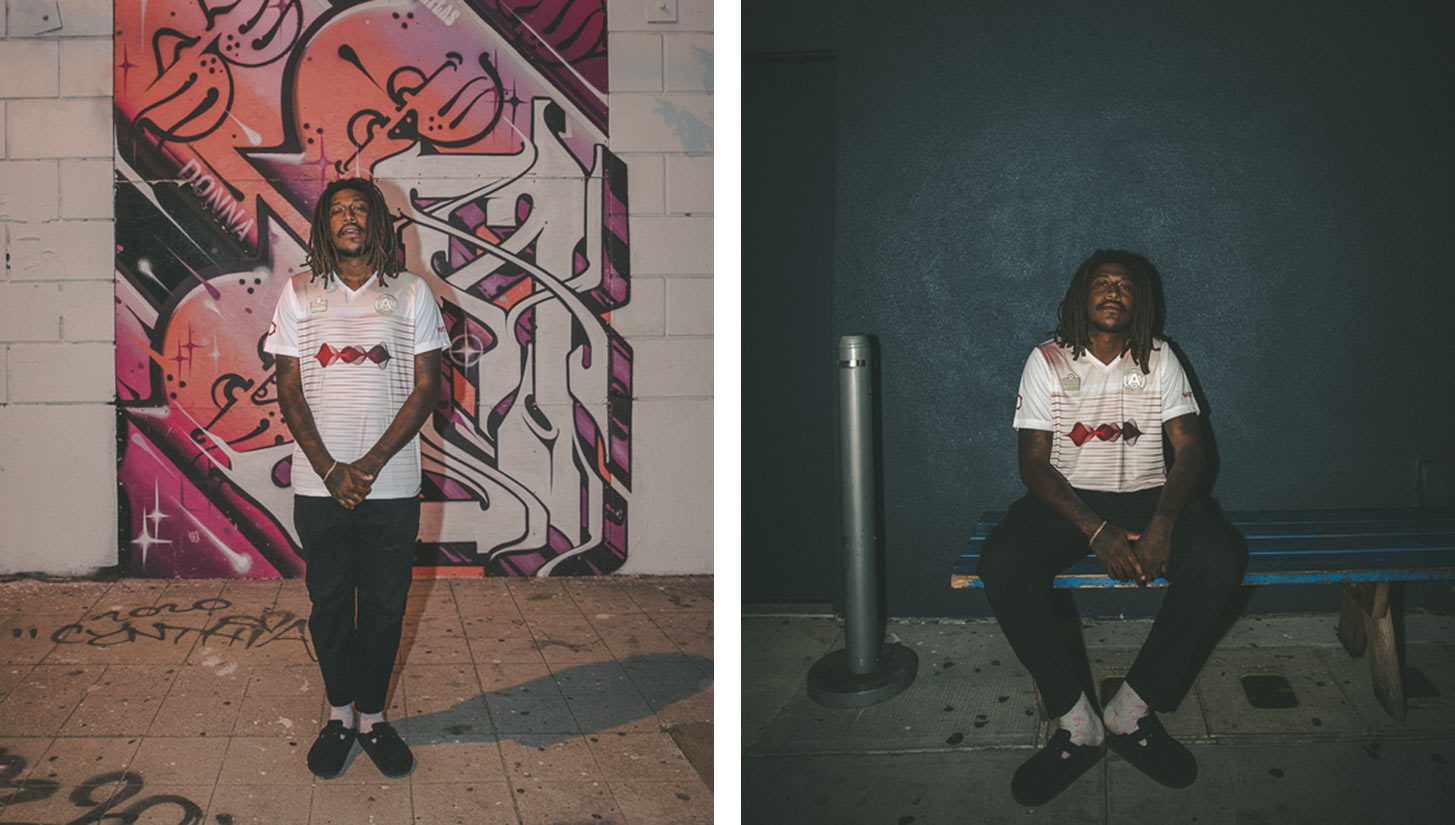 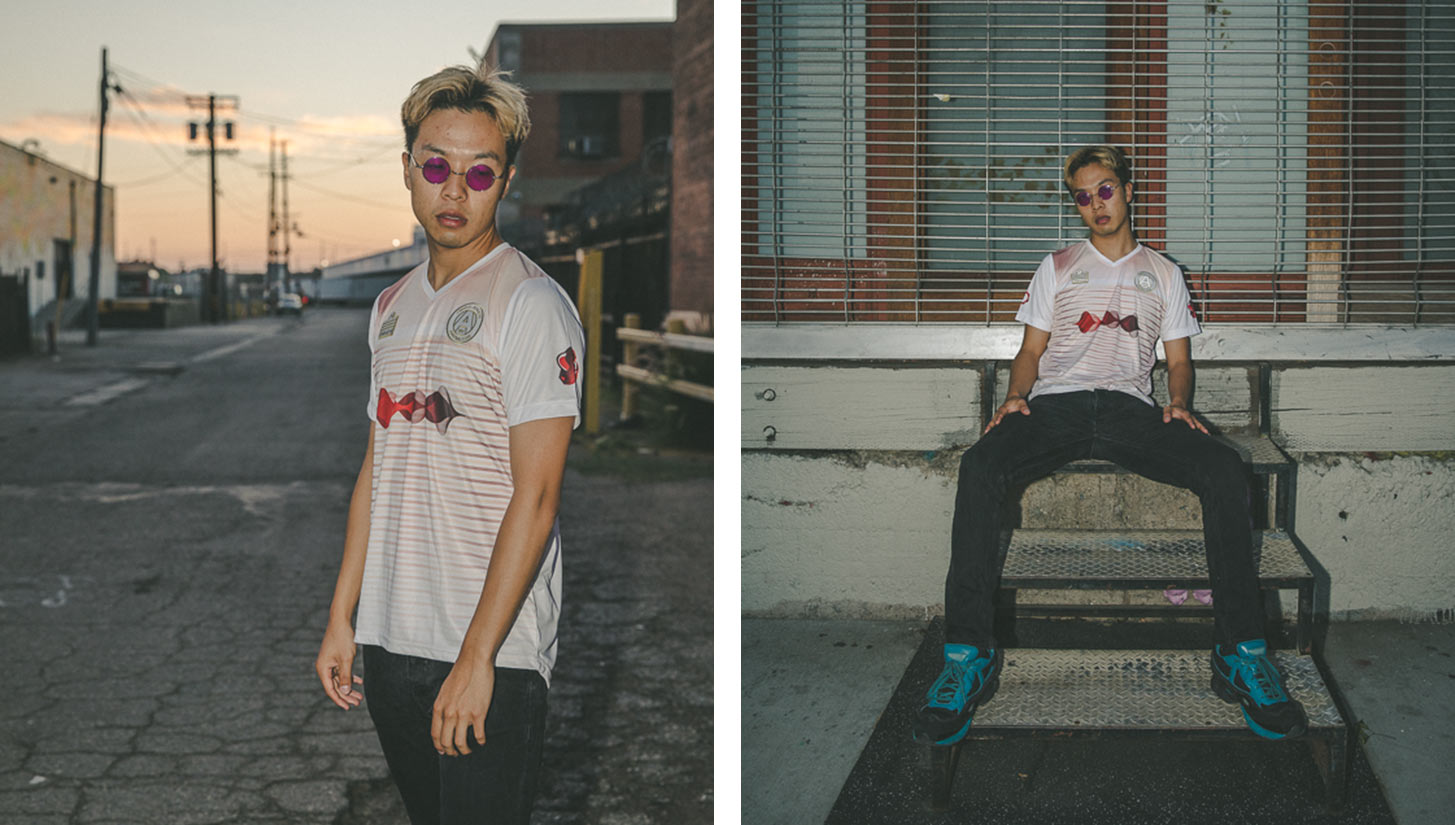 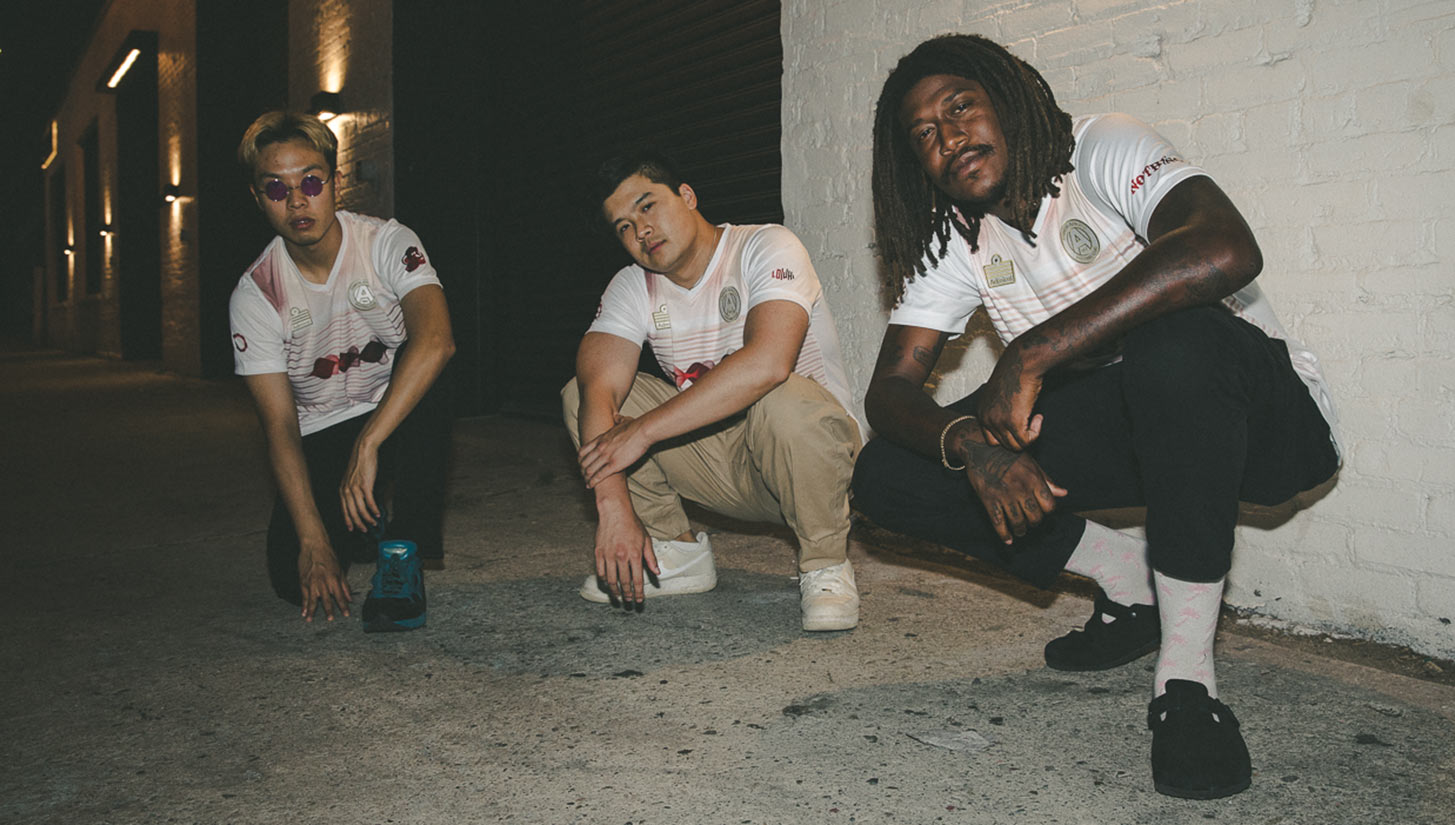 Photography by Pontus Johansson and Roy Cho for Urban Pitch.