The San Fernando Valley in Los Angeles is home to many talented soccer players who are pursuing their passion in the sport and constantly pushing their limits to improve. Giovane “Gio” Lobo, an 18-year-old senior at El Camino Real High School who has already traveled the world playing football, is one rising star who appears poised for an incredible journey.

When he was merely 15, Lobo was sent to São Paulo, Brazil, and then later to Rio de Janeiro where he was immersed in a rigorous soccer program for elite players. He was picked up by the São Paulo youth academy, which at the time was considered one of the best in the world. While training with them, Lobo stayed in a dorm and lived and breathed soccer. “Four days a week I would wake up and work out at the gym to keep in good shape. After my workout I would train with the São Paulo team for two and a half hours and then I would go to night class after. Wednesday and Friday mornings were always the best since I was not required to work out but instead played possession games and did skill exercises. It was a very intense schedule for an athlete. There was definitely no time to slack off,” he described.

Even though Lobo was playing at a professional level on the full field, he found himself playing street football late nights after class, particularly after moving to Rio de Janeiro. “Most of the time I played on dirt with chain link fences surrounding the field. There were always crowds of people that would watch from outside the fence and cheer for their favorite players,” he said.

The rules were simple, same street football rules as anywhere else, but if a player got megged twice in one game, the whole team was out …

“The emotion after a goal was scored was unreal. People would scream, hug and cry from joy. This was the only time that enemies would come together and become friends. This was the only time that people would focus on what makes them happy rather than the reality of their troubles.” Lobo quickly learned that street football was the best way to improve his decision-making, sharpen his technical abilities, and foster creativity on the pitch, ultimately making him an unpredictable threat in the game.

Lobo also found himself playing in pickup games and competitive street tournaments. “In Rio, there would be small stores that would host competitions and hand out a desirable prize, which included custom made snacks and food for the winners,” he explained. “The rules were simple, same street football rules as anywhere else, but if a player got megged twice in one game, the whole team was out. They played tournament style so competition would be eliminated throughout time.” In one memorable tournament, Lobo and his team made it to the finals against a field of fierce competitors. A large crowd of friends, family, and football lovers watched as Lobo’s crew battled it out on the street.

“I will never forget scoring the game-winning goal. It was an inside-the-foot curve shot from half-field and it hit the right upper 90. The crowd screamed and hugged one another to celebrate this win,” Lobo recalled. Lobo and his team graciously shared their edible spoils with the competition and sideline supporters, an amazing example of how street football builds relationships and brings communities together.

Lobo returned to the States where he continued playing for his high school team, and led them to the playoffs. He trained with Real So Cal in an intensive academy program, and his career is looking up as he continues to utilize the lessons and skills acquired from street football. Lobo currently has offers from several colleges and professional teams in Mexico. While he is still considering which direction to take, there is no doubt Lobo has a bright future in the game.

Check out Lobo in this inspiring short film celebrating the pursuit and passion of soccer. 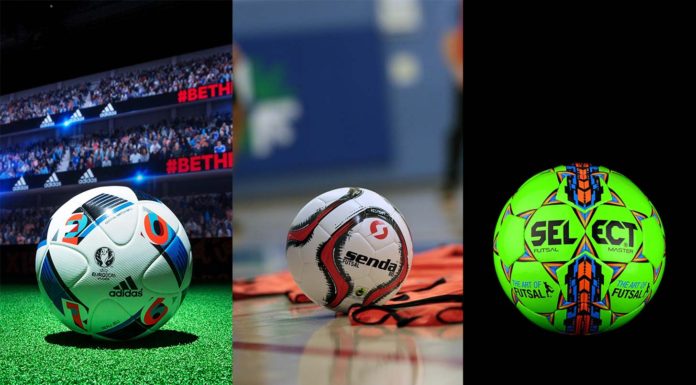