With the drama-laden World Cup 2018 coming to a close yesterday, we look back at five of the most unforgettable moments from the chaotic, surprise-filled tournament.

After years of anticipation and speculation, the 2018 World Cup has concluded, with the general consensus that it was one of the best tournaments in recent memory. Early upsets, fantastic performances from breakout stars, and pure, energetic passion from fans around the globe gave a brief respite to all of the chaotic and toxic storylines that have prevailed in the months and weeks leading into the tournament.

While we are expressly sad at the World Cup’s departure, the best we can do is look back and relive some of the most incredible and awe-inspiring moments from the games. Who knows how many times we’ll do so in the four years leading up to Qatar 2022.

It may have occurred during a meaningless match between Egypt and Iran in the last round of the group stage, but goalkeeper Essam El Hadary’s penalty kick save was the stuff of dreams. El Hadary, who at 45 is the oldest player ever to feature in a World Cup, was given the start and delivered big time. The save was epic too, as El Hadary deflected the ball up onto the crossbar!

The World Cup’s feisty underdog, Croatia had plenty of highs throughout the tournament, but perhaps none were as euphoric as Mario Mandzukic’s game-winning extra time goal in the semifinals against England. In the moments following the strike, the entire Croatian team dogpiled onto Mandzukic, taking photographer Yuri Cortez with them as collateral damage. The team apologized to Cortez, though the pictures he captured as a result made the entire brouhaha worth it.

It’s not often momentum swings so dramatically in the course of a match, but it did at the end of Belgium’s showdown with Japan in the Round of 16. Japan, who saw their 2-0 lead evaporate in minutes, came forward for a late corner kick and a chance to break the tie and steal a victory as an underdog. Instead, Belgium showed why they were one of the most captivating teams to watch in the tournament, gaining possession and quickly countering to score the winning goal with little time to spare.

One of the best early matches of the tournament was easily Portugal’s duel with Spain. Cristiano Ronaldo netted a hat trick, the last of which came via a game-tying free kick in the 88th minute. The goal, a bending screamer over Spain’s wall, felt like a defining moment in Ronaldo’s legacy and in his duel with longtime rival Lionel Messi.

1. The Goal Heard ‘Round The World

Like Croatia, World Cup winner France had a bevy of high moments throughout the tournament, but none (aside from maybe winning itself) was more impressive than Benjamin Pavard’s screaming half-volley goal against Argentina. The titanic Round of 16 match was one of the better games of the tournament, and Pavard stole the show with what was easily the best goal from the World Cup. 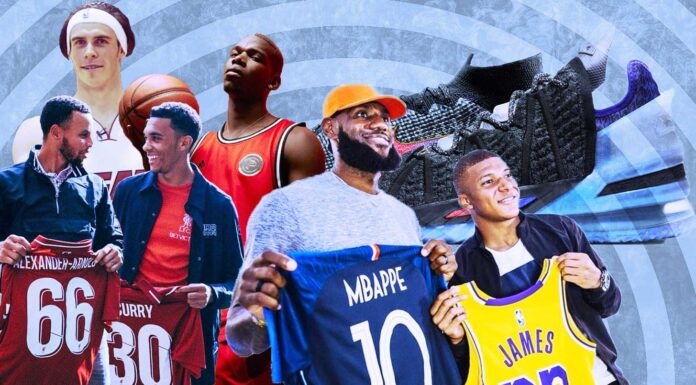