To officially unveil their first-ever jerseys, the Oakland Roots threw a release party at Oaklandish in the heart of the Town. Featuring appearances from Roots players, customization stations, and plenty of impassioned fans, the event showcased not only the growing following for the yet-to-debut team, but also the beautiful scene that is Oakland culture. Our very own Andrew Mitchell was in attendance, learning five important lessons about said Town culture and the Roots along the way.

Lesson One: The Town Shows Out 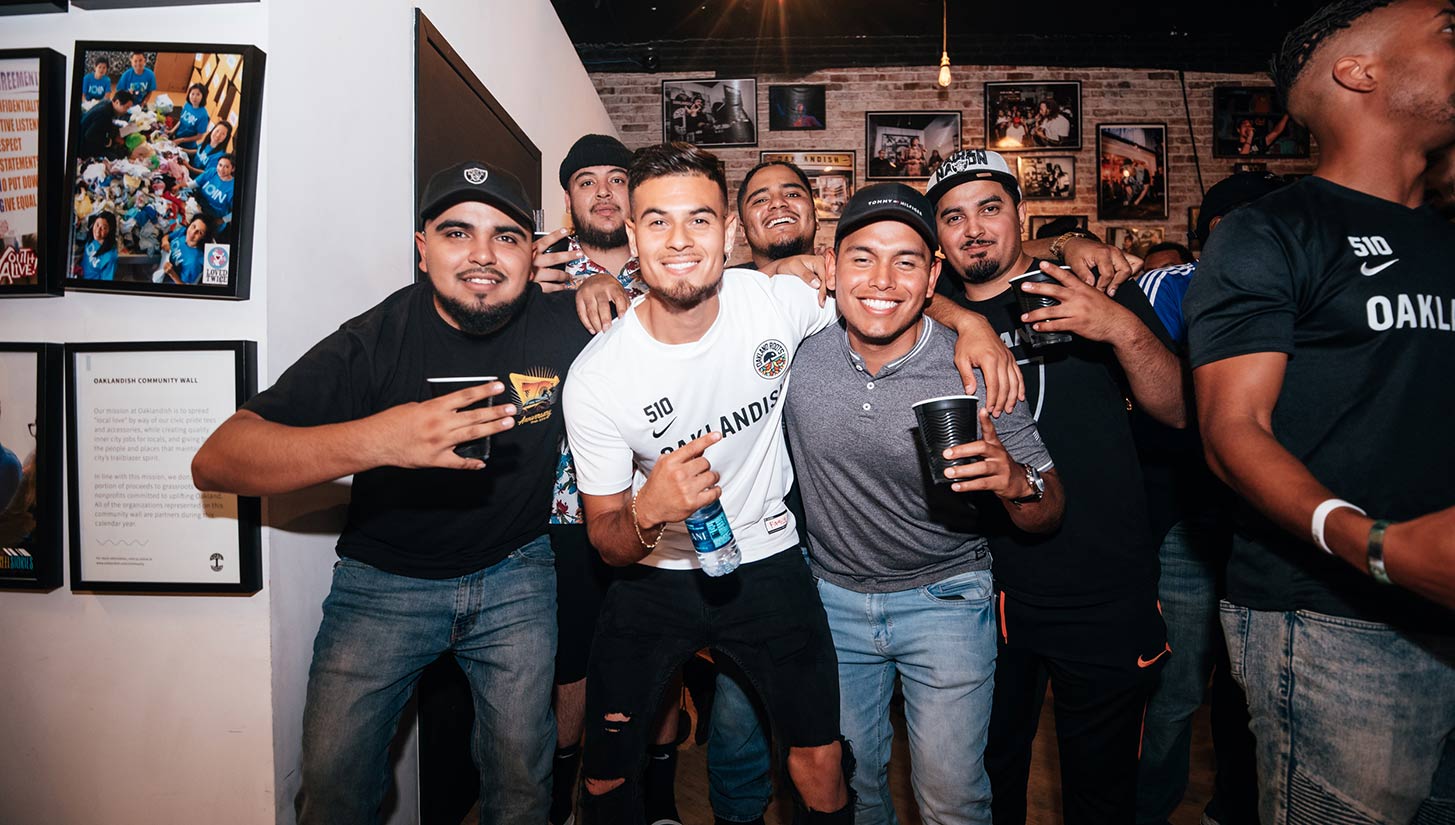 I’d arrived a few minutes after the Oakland Roots jersey release event was set to start, which meant that the venue was already buzzing. I took my place at the end of the line that had already formed down the block, and as I took stock of the kits already present, I couldn’t help but smile.

Amid the various fits — San Jose Earthquakes, USWNT, PSG, Chelsea, Arsenal — one team was dominating the landscape, a team that still hasn’t played a game, a team whose jerseys were only available on the other side of the doors. That’s how you live up to a name like Roots. You plant a seed. And you wait, relying on that which is hidden below the ground to push something upward and outward towards the sky.

The night’s release was that moment of groundbreaking, the proof of a sturdy foundation that Oakland’s future team has already worked so hard to build. It felt less like the birth of something and more like the celebration of something already blossoming —a truly grassroots football movement that is very much in motion. It was a chance for the people who have made the Oakland Roots a reality to meet each other, talk, dance, and continue to support each other. And it was a chance for Oakland to see the Roots emerge from the earth. 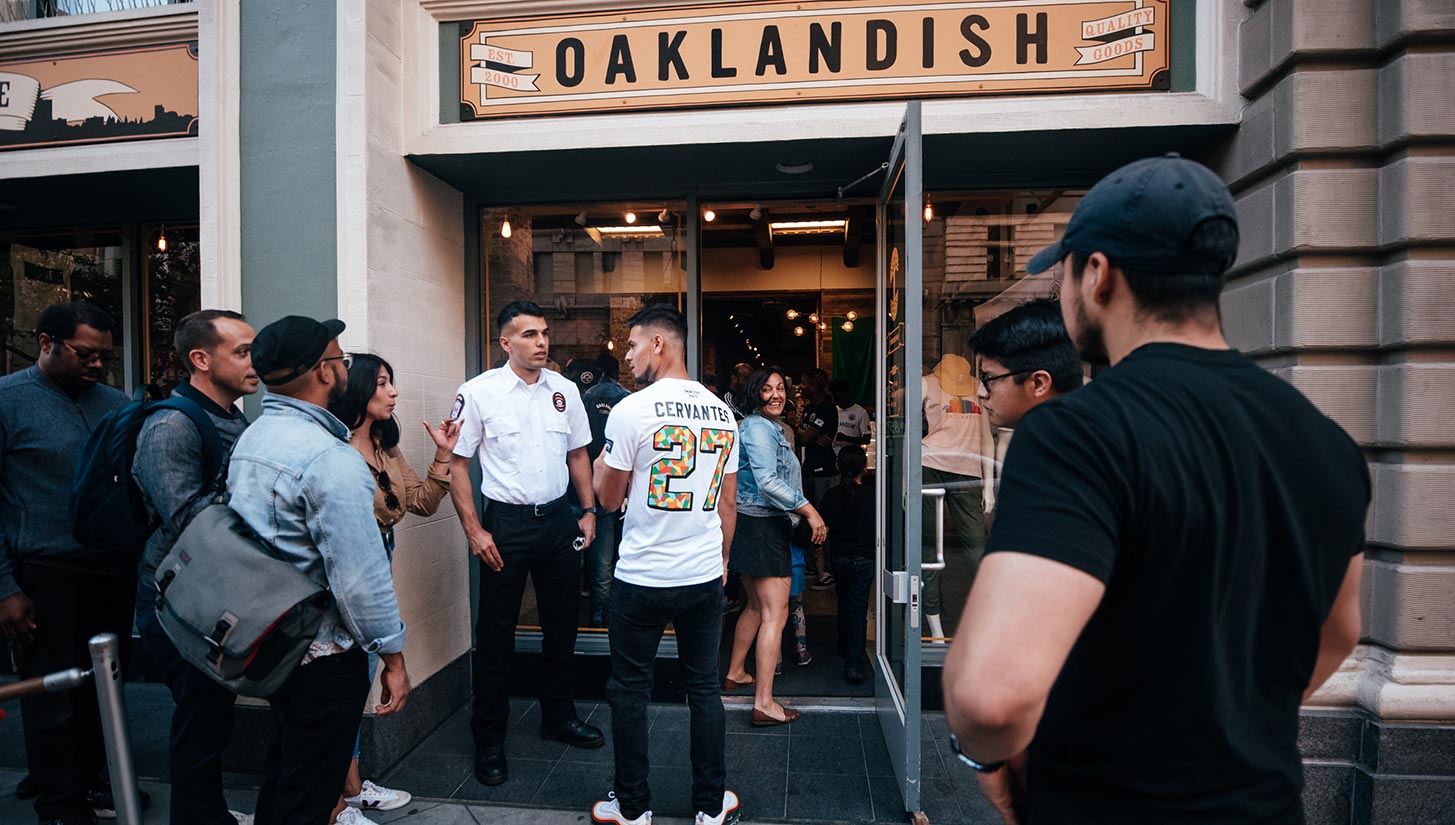 There was only ever going to be one place to host the event. Oaklandish has been a beacon of Town pride, a breathing testament to the power of community and local culture since its public art project days 19 years ago. What happens at Oaklandish is what’s happening in Oakland, so when a line forms outside, people take note. Cars began slowing to ask about the event, always to a proud response from a new member of the crowd. Friends came by, on purpose and on accident, and stuck around. And in classic Oakland fashion, an anomaly was born — a line, on a Friday night, that people were happy to see extend long outside the doors. Roots don’t know the meaning of impatience.

Lesson Three: A Kit is a Language 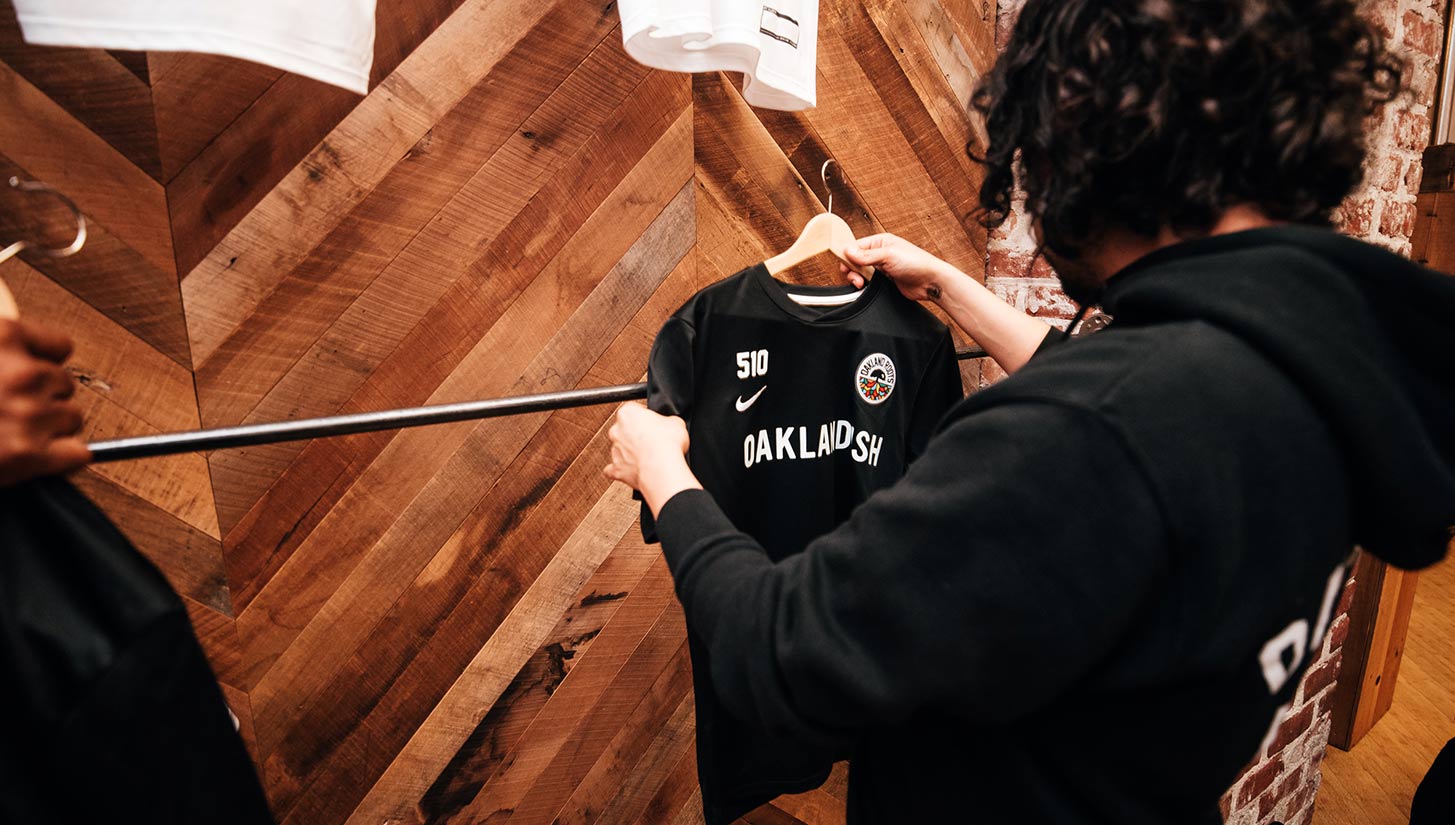 My time inside Oaklandish began the way you’d expect it to — with a conversation about a jersey. However it wasn’t about the one on display, but the one I was wearing. As I was getting my ID checked, the crest over my heart caught the man’s eye.

“Venezia FC? Where did you get that?”

And all of a sudden, a cool 6,000 miles from a floating city’s second-division team, two people were chatting about a club whose games are mostly accessible via watercraft. Who was this mystery man with an encyclopedic knowledge of like-minded local clubs across the globe? A man with a dream of having the reverse conversation happen someday in rural Italy — Oakland Roots co-founder Edreece Arghandiwal.

“I actually know the guys that designed their kit this year,” he tells me. 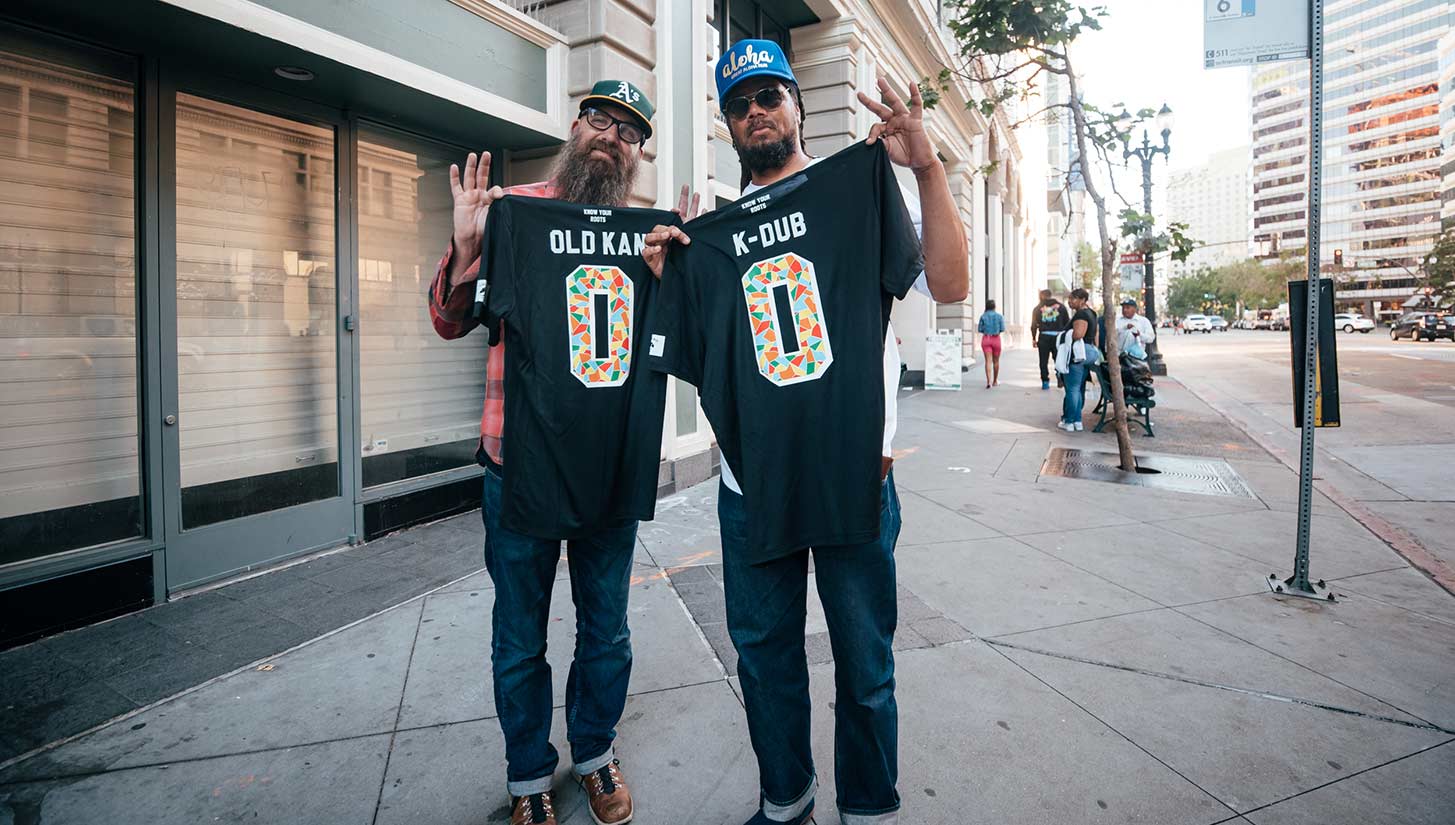 You see, one doesn’t simply start a team because it sounds interesting. You start one because you really live that life. You start one because there are people and players like you who have been searching, obsessed with that same thing that has been dominating your thoughts. And when you’ve found that connective fabric, you stitch together something that brings your community together, something that sparks conversations. You make a dope ass kit. 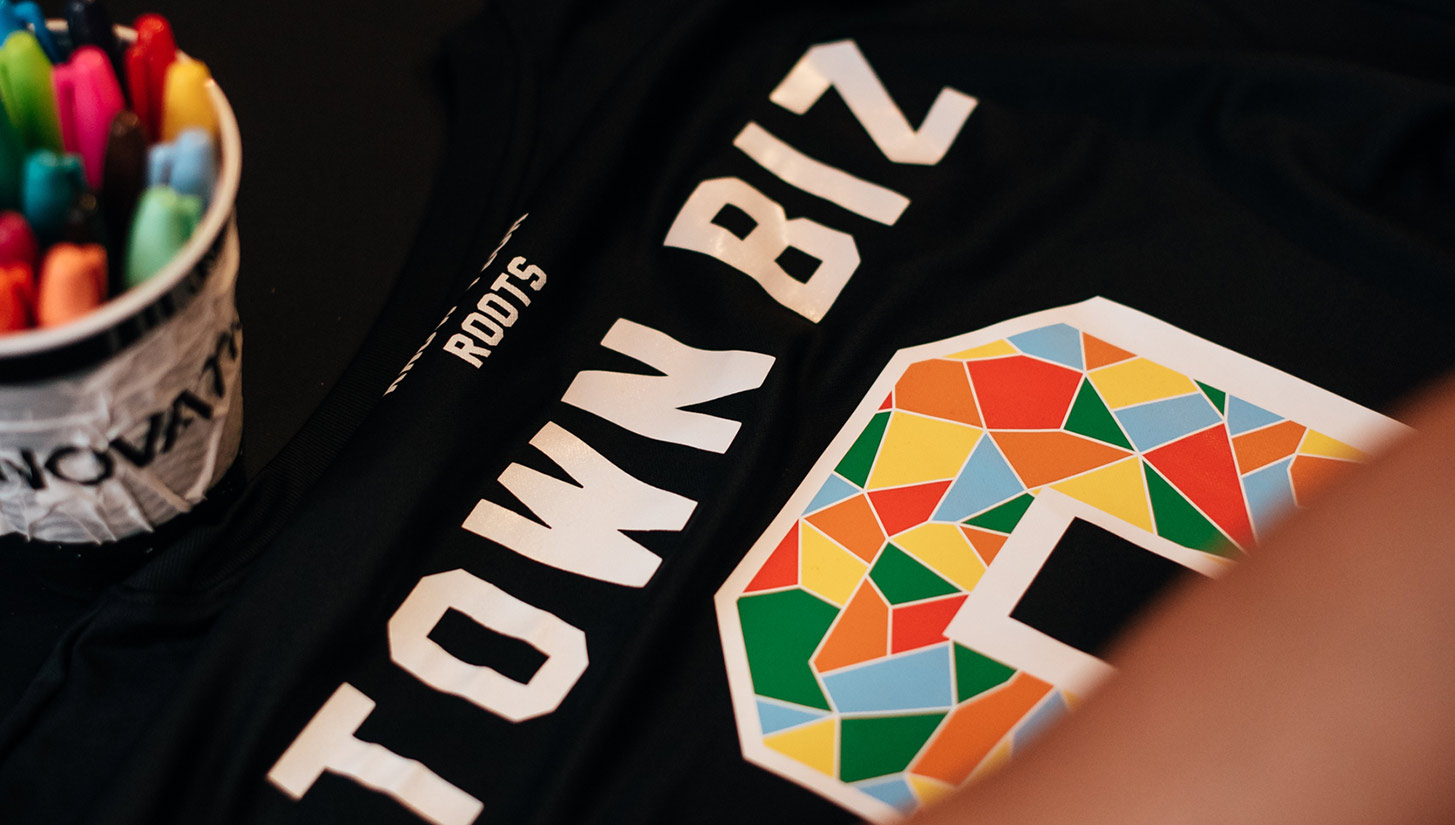 Oakland has a lineage of defining language. E-40 said it himself — from the soil where them rappers be gettin’ their lingo from. The shirt that the first Oakland Roots squad will wear come August carries this torch proudly with a design that is likely to make a lot of other clubs take notice. While the Oaklandish logo and the inventive, multicolored crest draws the eye, it’s the little details that make the Roots fit an instant classic.

The 510 just above the Nike logo pays homage to Oakland’s original area code, and the city’s flag appears on the shoulder of the jersey. On the back side of the kit, the words “Know your roots” hang just above a colorful mosaic-filled number that calls back to the Roots’ crest. But there’s one small addition that sets their kit apart and tells the Oakland Roots story. Near the left hip, there’s a small text box that encourages the wearer to share “My reason…” The players I met at the event had chosen theirs — the future, family, diversity. Without compromising on a clean aesthetic, the Roots tucked personality into every corner of their 2019-20 jersey, making it truly a kit worthy of the local movement they’re leading. 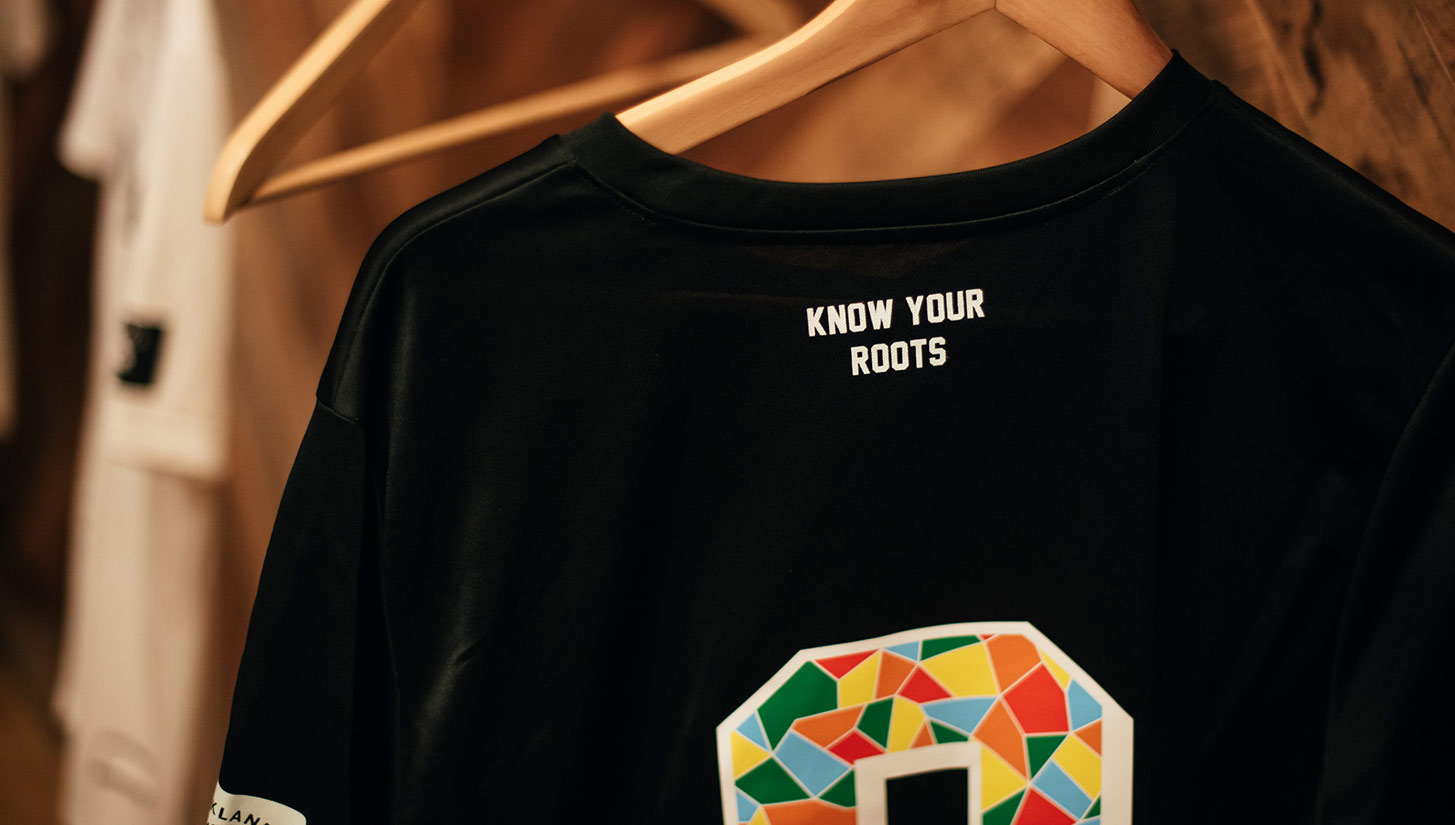 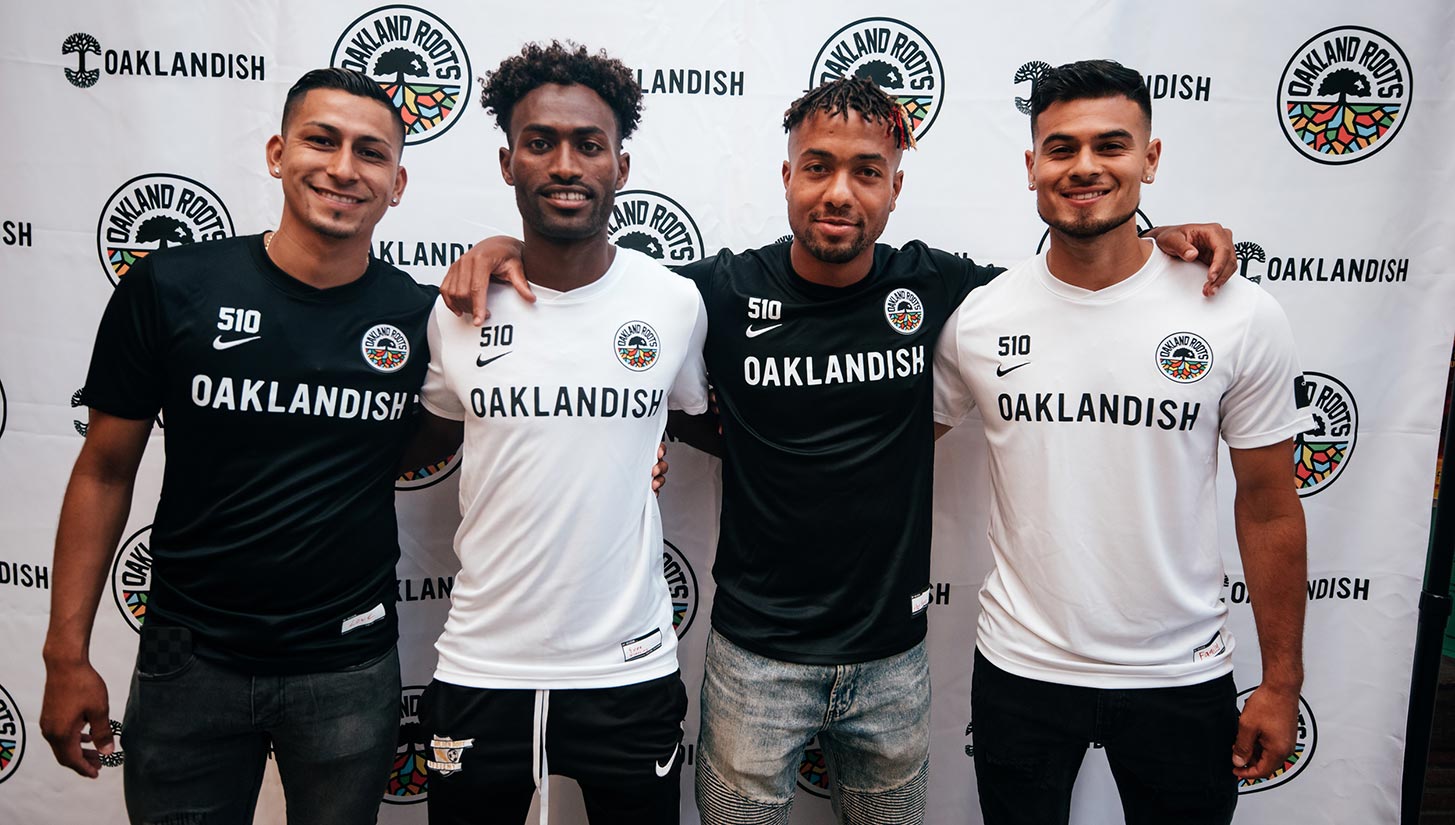 Before I left, Arghandiwal pulled me over to show one of his colleagues my shirt.

“Isn’t this crazy! You ever thought you’d see a Venice kit here?” he asked.

“We could totally do something like this if we wanted to,” his colleague replied.

Arghandiwal grinned, “Nah man, we’re good. Ours is so clean.” 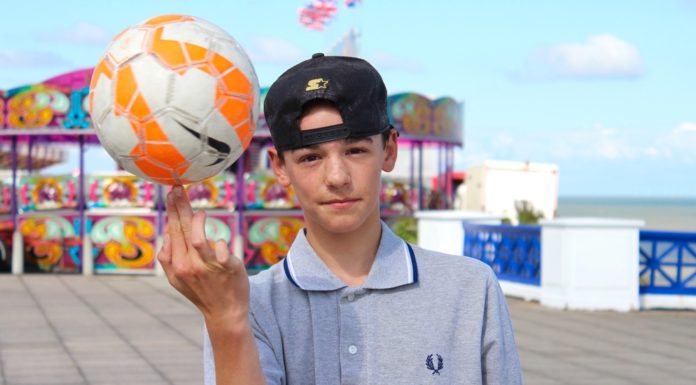