Kosuke Takahashi has been busy building a name for himself in the increasingly competitive world of freestyle. After winning the Asian Freestyle Football Championship in 2015, he followed that up with a seriously impressive second-place finish at this year’s Red Bull Street Style World Final. At 24, he’s earned a long list of wins and near-wins, and represents a unique Japanese style that incorporates artistic, free-flowing, dance-inspired moves.

This combination of technical skill and creativity has made Takahashi a household name in the freestyle community, even as he forces the other top competitors to bring their A game every time.

We were lucky to get Takahashi to share some of the music that drives him to be his best. Take a listen and you’ll see how his personal style is reflected in this playlist, chock-full of funk, both classic and new wave.

Sharon Jones & The Dap-Kings, “Got A Thing On My Mind”

Takahashi gets things started with this upbeat song from the late Sharon Jones & The Dap-Kings. Despite having an old school vibe, this song was part of the band’s Dap-Dippin’ With Sharon Jones and the Dap-Kings album which released in 2002.

Takahashi continues to bring the funk with Mountain Mocha Kilimanjaro’s “Yellow Soul Force.” As the song’s title suggests, this is a powerful track complete with a fantastic drum pattern and soulful guitars and horns.

Set to be in the upcoming picture Hidden Figures starring Taraji P. Henson, “Crave” has plenty of soul influences present. Pharrell Williams, also listed as one of the movie’s producers, lends his vocal and music production skills to create the up-tempo track.

Japanese producer/keyboardist Kan Sano is next on the list with “Magic!” The smooth piano chord progressions over a funk-inspired bass line provide laid-back vibes perfect for any freestyler that’s looking to change the pace from fast to slow.

Although it may not be a funk song per se, “King Kunta” takes heavy influence from the likes of George Clinton and Funkadelic, as does most of his critically acclaimed To Pimp a Butterfly album. The West Coast rapper spits braggadocio bars over a beat that will have you doing the electric slide without even realizing it.

You know that funk has returned when you have pop giants like Bruno Mars taking on more funky-sounding tracks like “24K Magic”. Everything from the vocoder and synthy bass lines give this song a ’70s feel to it.

The Weeknd, “A Lonely Night”

R&B it boy The Weeknd does his best Michael Jackson impersonation on “Lonely Night,” the next track on Takahashi’s playlist. In fact, if you close your eyes you can see Jackson moonwalking across the stage to this song.

Speaking of Michael Jackson, the beginning of “JETCOAST” from Japanese rock sextet Suchmos sounds very reminiscent of MJ’s “Rock With You”. However, “JETCOAST” evolves into its own song, complete with smooth guitars and vocals.

Dance music legend Louie Vega puts his spin on the legendary funk conglomerate Funkadelic’s “Ain’t That Funkin’ Kinda Hard On You” featuring Kendrick Lamar. The song has plenty going on, and its organized noise will keep your freestyle session going at full speed ahead.

Not to be confused with The Pussycat Dolls track, Odd Future’s The Internet give us a smooth, soulful song highlighted by lead singer Syd the Kid’s vocals.

Takahashi transitions from Neo Soul to Classic Soul with Curtis Mayfield’s “Superfly.” Mayfield proves that while the new waves of soul and funk can stand on their own, nothing compares to the original.

Now we can call this a funk playlist. The founding father of funk finally makes his presence felt in Takahashi’s mix with one of his most recognizable tracks.

Sly and The Family Stones, “Dance To the Music”

Takahashi continues to pay tribute to the classics with “Dance To The Music” from Sly and The Family Stones. This feel good song will put anyone in the mood to freestyle.

If this upbeat anthem from the King of Pop doesn’t motivate you, then nothing will. Although it’s not one of his best known songs, Michael Jackson comes through with “Working Day and Night”.

We transition back to today’s music with Mac Miller’s “Dang!”. This smooth track features one of the hottest names in music, Anderson .Paak. The multi-talented .Paak was recently nominated for multiple Grammys, including Best New Artist.

Takahashi slows down the pace with Stones Throw Records signee Dam-Funk’s “Night Stroll”. If you weren’t able to tell by his name, Dam-Funk is one of the leaders of the new funk movement.

This soulful cover of the Zutons’ “Valerie” has plenty of good vibes along with Amy Winehouse’s trademark voice. You can’t go wrong with that combination.

Childish Gambino, “Have Some Love”

Rapper/Actor/Comedian Donald Glover AKA Childish Gambino recently dropped the “Awaken, My Love!” which has received critical acclaim from the music industry. Shifting away from rap and toward funk, Gambino created an album unlike any other he has previously made, evident with the funky “Have Some Love”.

We get what we’d expect from a group called the Funky Boogie Brothers with “TigerZ Attack”. This uptempo track contains a classic drum break combined with horns and guitar that are perfect for freestyling.

The Funk Fury, “To The Beat”

A funk-inspired guitar riff combined with fast-paced drums and vocal samples gives us “To The Beat” from the Funk Fury. Similar to “TigerZ Attack”, this song is capable of being in any freestyler’s music library. 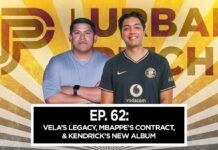 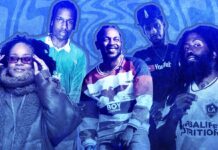 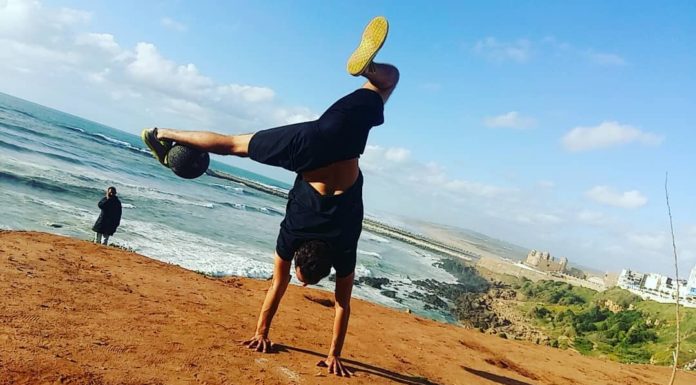