Featuring vibrant colors, patterns, and details, CHARLY’s recent Lucha Libra-inspired third kits for its Liga MX clubs are certainly eye-catching. We teamed up with The Kitsman to get an in-depth look at the latest set of themed jerseys from the Mexican brand.

Energetic, original, wild, and celebratory. Just some of the words that come to my mind when describing the always impressive and awe-inspiring Mexican sports brand CHARLY.

Headquartered in Leon, the brand began in 1949 as a shoe company. It’s only more recently that we have seen it branch into football, making the game that much more beautiful. 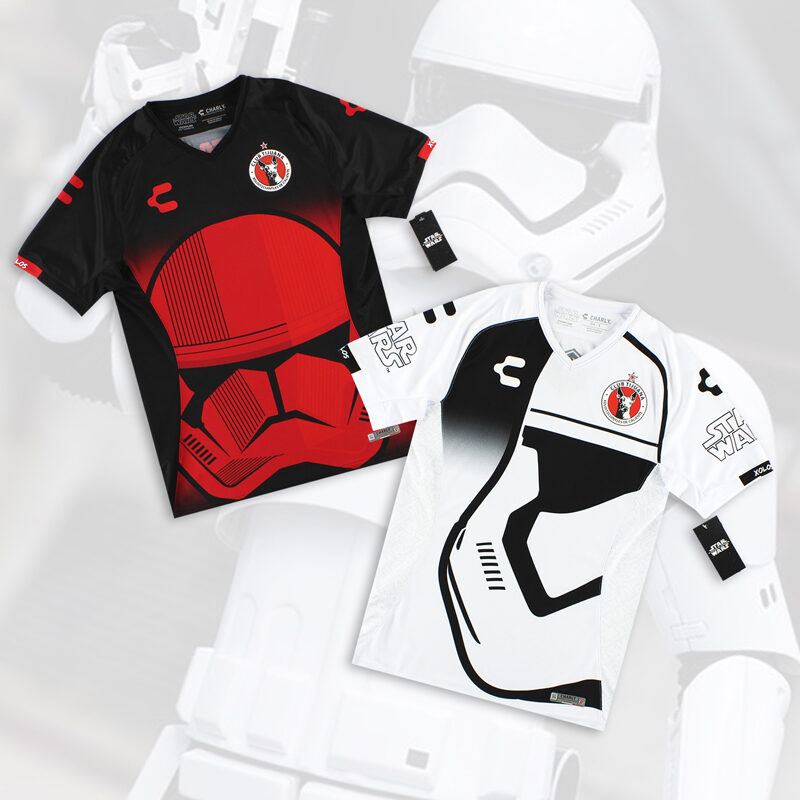 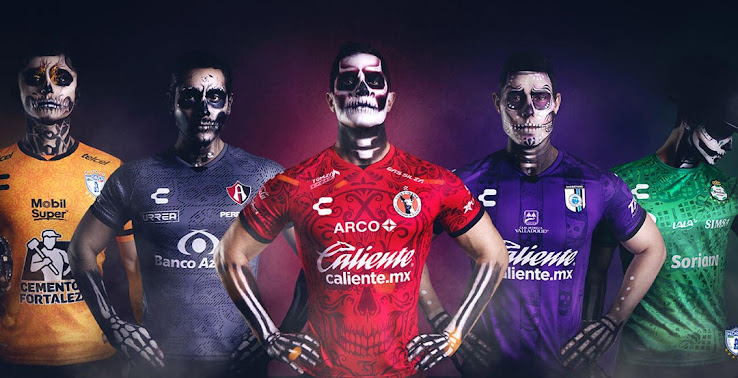 In the past few years, we’ve seen some stunners from CHARLY, particularly with their themed kits for their Liga MX clubs. It started in 2019 with a pair of Xolos shirts inspired by the Star Wars universe, and expanded in the following year with a Dia de los Muertos-inspired kit for all five of its top division Mexican clubs at the time (CHARLY has since added Leon to its roster, putting the brand’s Liga MX tally at six).

Late last year, the brand revealed perhaps its most ambitious themed set yet, once again taking inspiration from an important facet of Mexican culture: Lucha Libre. In vibrant colors and wild patterns, the latest set of third kits from CHARLY is unlike anything we’ve ever seen. But what went into the design?

I was extremely lucky enough to sit down and chat with CHARLY sports marketing manager Jesús Alejandro Salazar Peña to get a better picture of the design process and its inspiration. I won’t lie, I could have been there for hours. It was a pure joy to spend the little time I had scheduled getting acquainted with CHARLY’s exciting world.

We discussed our shared passion for football shirts, and the creative process behind the Lucha Libre third kits. 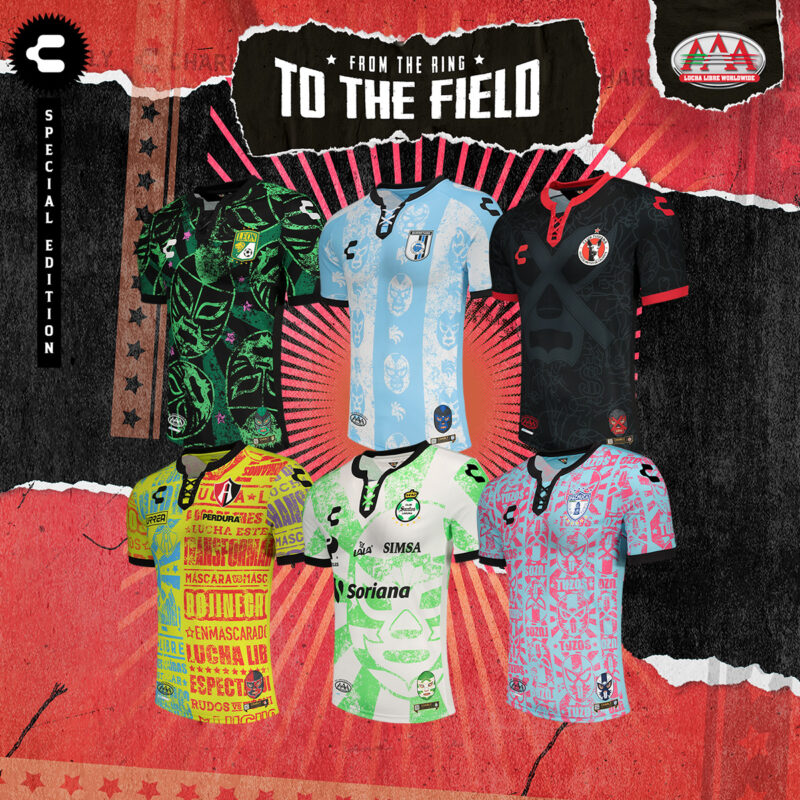 Urban Pitch/The Kitsman: Jesus, thank you so much for giving me some of your very hard earned free time. Being in the position where I speak about football shirts literally every day of my life, it was only inevitable that I was going to discover the CHARLY brand. You like to theme your third kits, and with regards to the latest Lucha Libre theme, how did you arrive there?

Jesús Alejandro Salazar Peña: No problem Josh, great to be here. Yes this was a long creative process, but after lots of late nights and meetings, we settled on the Lucha Libre theme, which is so iconic in Mexican culture. We had several routes we could have gone down, but this seemed right.

Was this creative process one that you and your team had full control and free reign on?

In short, yes we had complete creative freedom here. The individual clubs were fully on board too and embraced the idea. 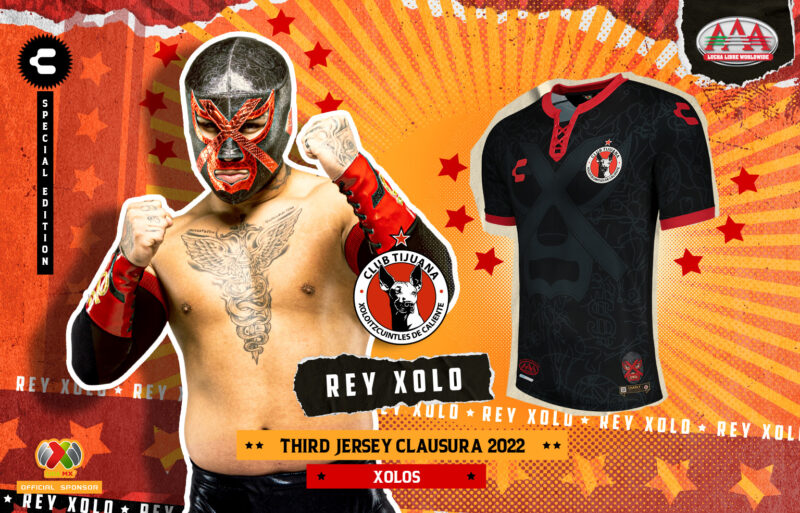 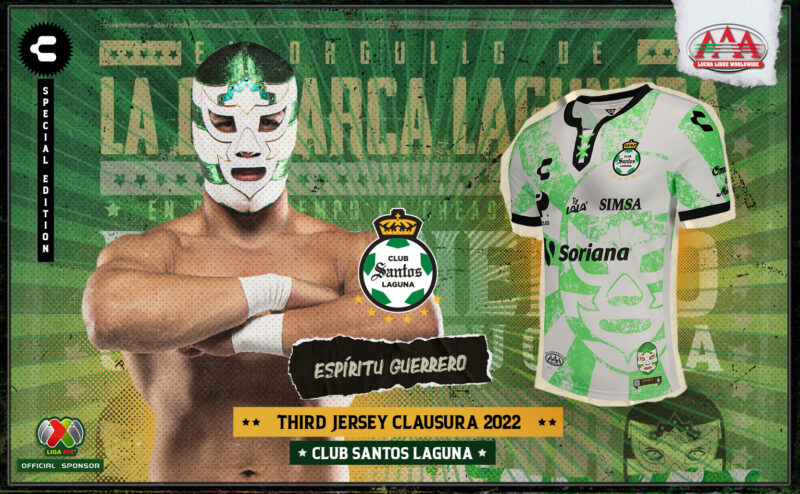 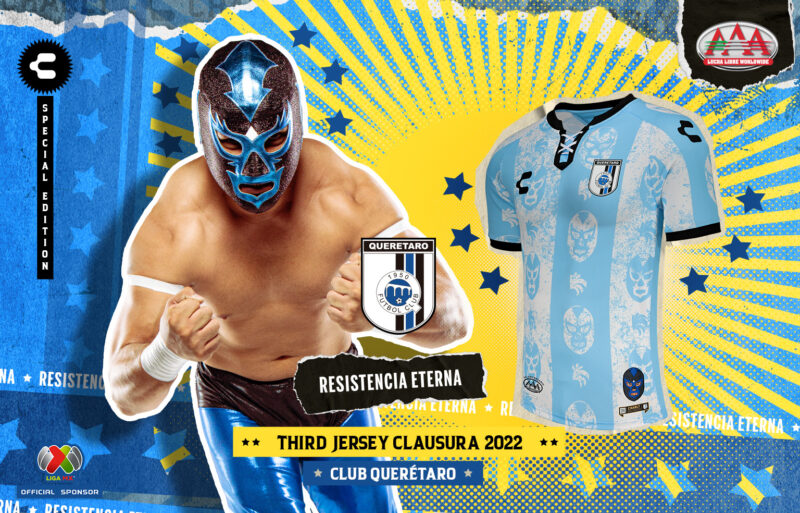 That’s brilliant. I’ve heard of clubs sometimes offering some resistance to creative ideas. The fact they wanted to work alongside you must have made things so much easier for the whole team. To have that acceptance knowing they fully believed in the design direction must have been very comforting. Can you explain more about the Lucha Libre theme?

Yes, we wanted to design something special. We spent lots of time trying to come up with a fitting set of designs. The Lucha Libre fighters famously wear masks. Each mask is designed to represent a fighter’s personality and characteristics.

We felt this would be a great idea to base the designs around. We thought about using existing fighters and famous fighters of old to pair up with each of the six teams. However, after careful consideration we decided against this direction. This was a decision made surrounding the complexity of the fighters’ backgrounds and the potential allegiances to a certain club. Would the fans accept some of the older wrestlers? Therefore, we decided to create a set of six individual wrestlers, each with a backstory and set of traits that best suited that team.

That’s so cool, and even more impressive. I had no idea they were created from scratch with each team’s DNA at heart. You worked closely with Lucha Libre AAA to complete this project. What was their involvement, and how did they help you in the creation of the shirts?

They were incredible and so helpful. The issue you’ll find in Lucha Libre and I’m sure beyond is the IP of the wrestlers and the worry that you could unintentionally infringe on copyright. The designs of the individual masks all loosely fit the same mold, but you have to be careful when replicating them. Even the smallest mishap on the re-creation of these masks could have drastic consequences. So Lucha Libre AAA were there on hand to guide us through that process and tell us if something was too close to another design. This was vital for us. 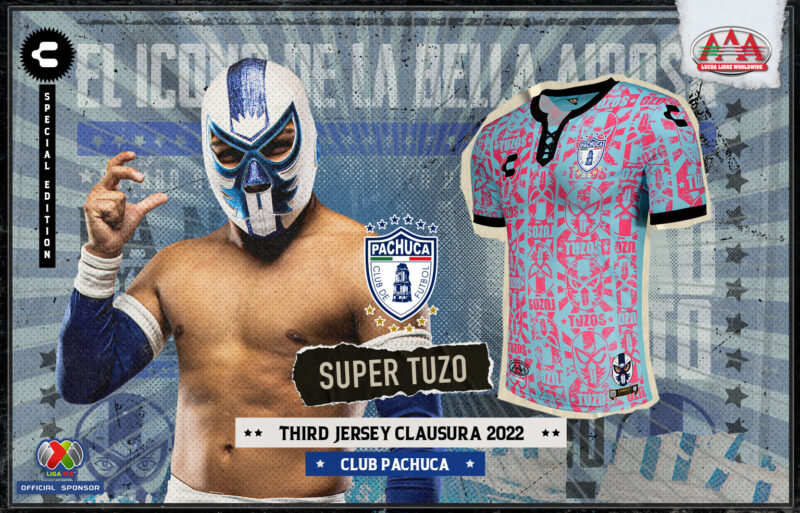 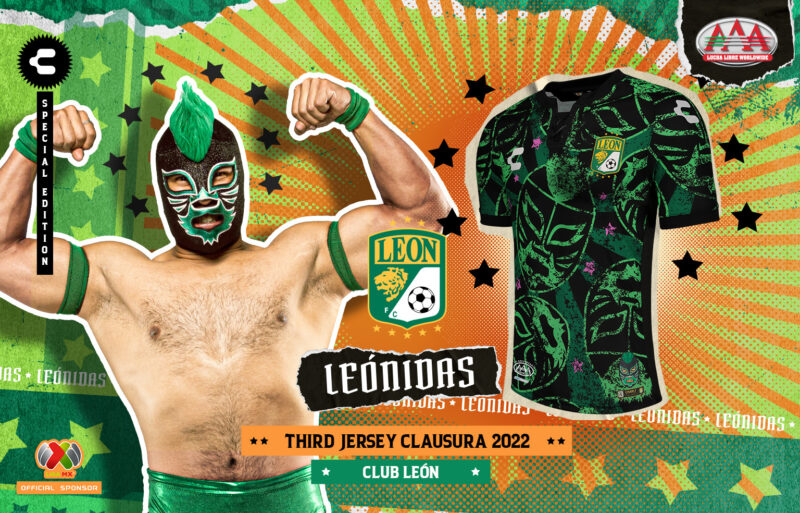 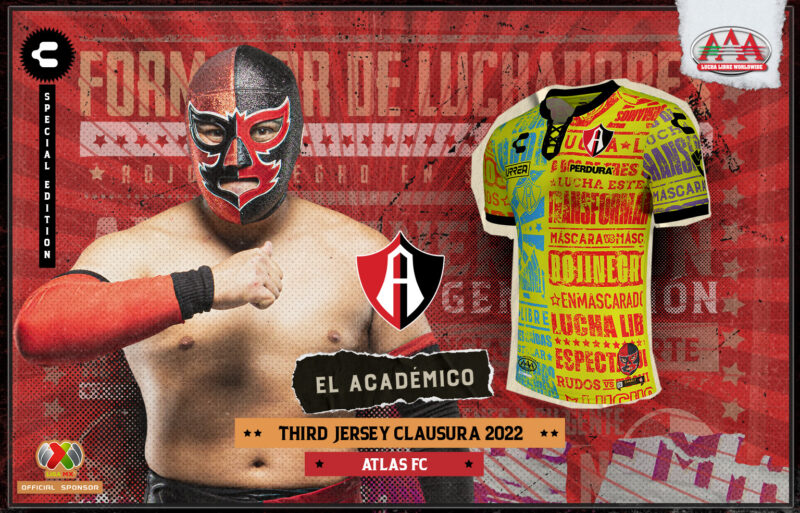 Just moving on to the reception a shirt can get — everyone’s a critic nowadays, heck even me. However, I always respect the designers’ work. You have a really hard job to please so many people, so I’m never scathing. Do you distance yourself from feedback online?

Yeah, I know what you mean. There can be some tough words. Of course we listen to feedback as we are genuinely interested in what people have to say. You can get bogged down in the comments. You will always get people who don’t like it or get it and that’s fine. Anything we read is never taken personally. We’ll not really take the “keyboard warriors’” comments too harshly, we get that it is an emotional sport.

I recently acquired a Xolos Tijuana shirt. What hit me apart from the design was the quality of fabric and the materials applied to the badge and logos. I personally love the TPU-style badges. I think they pack a lot more detail.

We like to offer our customers the best possible product using the best possible materials. Did you know that we only offer one style of jersey? So what I mean by that is we don’t have a player spec and a fan replica. We have just one style, as we want fans to wear what the players wear. That is very important to us. We offer our shirts from XXS through to XXXL, so we have something for everyone. However, we do tend to advise a size up for a more relaxed fit.

I wanted to touch on something before I go, and that is the growing trend of concept kit designers. It’s really quite a fashionable hobby, giving fans a chance to enter your world in a way. What advice would you give those wanting to take the next step?

Yeah I have seen a lot of those. Some really talented people out there. Some incredible designs, and it’s cool to see other people’s ideas for sure. What I would say is that as much as I appreciate a good design, I also appreciate the reasons as to why that design is the way it is.

I enjoy a design that has a story behind it, a meaning. This adds weight and gives added value. Whether that be something to reference a historic club victory, a trophy, a historic landmark in the city, or town. Things like that are always worth remembering when trying to create something like a football shirt.

We’re coming to the end of our chat now Jesus. I’m actually really sad about that too. I think, in fact, I know I could talk about football shirts for days. But I wanted to end with this. Do you think that CHARLY will continue its trend of themed third kits?

(Laughs.) Me too. Yes, I think we will carry on this trend. However my only concern is that this current Lucha Libre theme is so good that I think it will take something quite special to match it, or beat it. But we are very determined to do so, and that is what drives us. To keep on doing better.

Interview edited for clarity and brevity. Images courtesy of CHARLY. 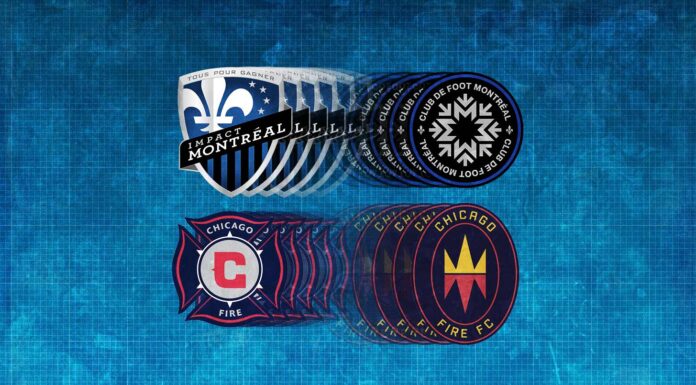