Following George Floyd’s death, Black players in America’s top flight formed Black Players For Change, a group dedicated to amplifying Black voices and communities through their platforms as professional athletes. We catch up with BPC co-founder and executive board member Earl Edwards Jr. to discuss how the group formed, what its goals are, and how soccer fans can help the cause.

Earl Edwards Jr. is a busy guy these days. When he’s not at practice or matches, the DC United goalkeeper works hard as an executive board member of the MLS Black Players For Change group. Edwards co-founded the group along with Quincy Amarikwa, and it now has 67 members according to its website. Joining Edwards and Amarikwa on BPC executive board are Justin Morrow, Sean Johnson, Jeremy Ebobisse, Ray Gaddis, Jalil Anibaba, Kendall Waston, Bill Hamid, Ike Opara, CJ Sapong, and Kei Kamara.

The group played an instrumental role in highlighting the Black Lives Matter movement during the MLS Is Back Tournament in Orlando, and now they’re looking to expand their platform as the 2020 season continues.

We connected with Edwards to learn about how Black Players For Change formed and what moves they’re looking to make next.

Urban Pitch: How did you first get involved with Black Players For Change?

Earl Edwards Jr.: It started off with an Instagram group chat by Justin Morrow and some other players that quickly escalated into about 32 players — I think that’s when the group kind of caps out on Instagram. (Laughs.)

So, I was a part of that initial group, and then we moved that over to Slack, where everyone can communicate in a broader space and get more guys involved. And then we quickly got a Whatsapp group together. So, things moved pretty fast. My involvement was pretty much from the start of it with Justin Morrow and some of the other board members, and then from there just trying to get things organized as quickly as possible.

I think it really stemmed from just frustration that we were all feeling following George Floyd’s death and of wanting to use our platforms to speak on it as best we can, and it quickly formulated into the BPC, which is kind of where we’re at today.

BPC was very present at the MLS Is Back Tournament in Orlando and also played a large role in nearly all the teams refusing to play their matches a few weeks ago. Can you talk about how that day came together and what that was like?

Yeah, that day moved really fast. We all kind of heard the news of the [Milwaukee] Bucks not playing in their game at different times. I heard it closer to 5 p.m., some guys heard it a little later than that. From there, we had about a two-hour window to try to execute it on our end in our league. And it was really not something that we were jumping on right away, but as guys started talking and communicating, we realized it was something we might be able to pull off.

Obviously, we were unable to get it done for the Orlando-Nashville game, but the communication was there to execute it throughout the other games. And the BPC’s involvement was tremendous in that. A lot of players that were considering taking a stand or being involved reached out to members of the BPC to see how we could best execute on it. So, with our involvement and their collaboration — and by that I mean other players in the broader player pool obviously doing their part in doing what they can to take a stand — the collaboration was great, and I’m glad we were able to pull it off.

What’s the next move for BPC? How does your group plan to build on the platform you’ve been able to create so far?

Yeah, I mean we’ve had a lot of individuals and companies reach out that want to work with us. And that’s stuff we’re putting together and executing on, and a lot of stuff that’ll start going public here in the next couple weeks. So things have been tremendous on our end.

We’ve been able to utilize what we’ve been given access to. And we’ve been doing a lot of things behind the scenes. And like I said, as we get those official partnerships into place, we can make those more and more public and start to take the action that we’re looking for in regards to following the boycott of games.

I think that allowed us to solidify a meeting with ownership. From there we’re putting a plan together to be able to present to them and get them on board. And to be able to utilize the league’s and ownership’s resources and collaborate with them, it’s just another way for us to continue to use our platform and do our best to fight racism in our country.

In your recent interview with Black and Red United, you commented on the lack of concrete action coming from MLS on supporting BPC. Has there been any movement since on that front, especially in the wake of Real Salt Lake owner Dell Loy Hansen selling the team over alleged racist and sexist comments and the revelation of the toxic atmosphere in Utah?

That’s a tough one. I think at this point — without taking the step of boycotting games — I don’t know if we would’ve been meeting with owners anytime soon. I guess you could consider that pushing the needle in terms of Don [Garber] coordinating that meeting between the BPC and ownership.

Even for us it’s something we’re still cautiously optimistic that we’ll get what we need out of that meeting to be able to do the things we want to execute on. So, I think that meeting is kind of where we’re looking at some concrete action.

Coming out of it, up until this point, I think it’s just kind of been meetings talking about how we can work together and how we will work together in the future. Which is something, but not quite the action that’s going to create the change we’re looking for. So, I think this meeting with the owners is kind of the big tell of how involved the league or owners will be, and how supportive they’re going to be of the BPC moving forward. And I think it’ll be great if they’re on board and willing to utilize their resources. It can only benefit both parties and, like I said, continue to fight racism in America.

I know you may not be able to be super specific on this answer because it sounds like meetings with the owners and the league are ongoing, but what kinds of concrete actions would you like to see the league take from here?

Yeah, and then there’s other things we’re ironing out, but I can be very specific as to one because it’s massively important to us and it’s time sensitive, and that’s utilize all the stadiums as voting polls.

That’s one of our biggest asks in terms of something we can start putting into action right away, something that they can do to contribute. And I think that’s something that’s being done in other sports with NBA arenas being used for the same thing. So, for us that’s one thing that we know we have access to. Hopefully our owners will be on board and be able to take that action immediately.

Other things probably will need more time and need to be collaborated on more extensively, whereas something like the stadiums is something that’s very straightforward that we can execute on here in the near future.

Going back to the situation in Salt Lake, I saw a group led by Jozy Altidore that also includes Nick Rimando are interested in putting together an ownership group to buy that team. What would it mean to have a Black player owning an MLS team?

I feel like it would be like Jordan when he bought the Bobcats back in the day.

Yeah. Even as historical and exciting as it was, this is something that I think is even more unexpected than Michael Jordan being able to do something like that. Maybe even more challenging — call me crazy. So we’ll see if it’s something that Jozy and that group are able to pull off.

In the same Black and Red United interview I saw you also mentioned this cycle we seem to be stuck in where people who are initially involved and active begin to lose interest in the cause over time. How can we break that cycle?

Yeah, I think to break the cycle it’s something where people other than Black people have to keep an open mind and open heart and want to be committed to fighting racism in this country for a long period of time, and not when it’s popular or not following a death that’s gone viral. Because when that stuff kind of wanes, as you said, Black people are left still suffering racism in America while people can — and I’m hearing these terms more and more nowadays unfortunately — get back to their normal, or get back to business as usual.

But normal for us in this country is oppression, and business as usual is oppression as well. So for us, there’s no real interest in getting back to what people consider normal in this country. And this country’s normal is detrimental to Black people and our lives. The BPC is an organization that’s going to be doing its part long term. The more people that want to contribute and be involved long term, the more effective we can be, and the more impact as a league that we can have. So, I think it’s just a matter of people understanding that when you’re talking about fighting racism or ending racism or doing your part, it’s more than a social media post or marching for a week or whatever it is. It’s the understanding that reversing this system or fighting this system that’s been created to oppress Black people for 400 years, it’s going to take years to reverse that as well.

Edit: An earlier version of this story did not specify that Earl Edwards Jr. was a co-founder of the BPC and listed him as only an executive board member. 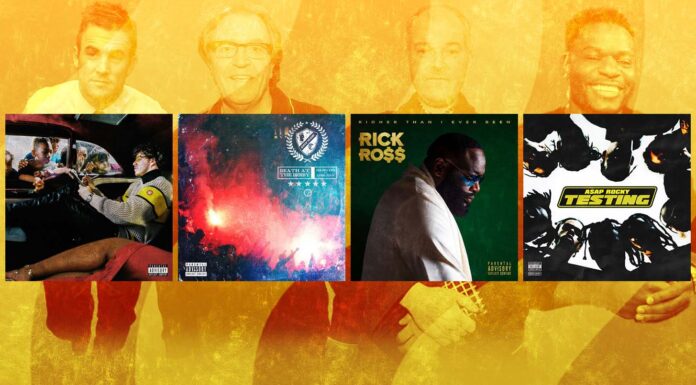