Freestylers are notoriously protective of their ball—try to borrow it or deflate it, and you’ll soon see a happy freestyler go into angry mama bear mode. Why so picky? In freestyle, getting the right spin on the ball requires such a precise micro-milli-fraction-of-a-hair touch that using your own ball can be the difference between losing and winning a battle. But with the many choices out there, which ball is best? We asked the pros themselves what they prefer, check it out!

My favorite is the Adidas Tango 2012 purely because I’ve used it for almost a year and it’s a great ball for all around freestyle.

⚽Newest addition to my collection! Might just be the most beautiful ball I’ve ever owned, dont even want to use it hahaha? Seriously though: Who wants to see a clip with this beauty??? #soccer #fslife #rldesignz #teamfk #futbolsport #freestyle #officialmatchball #matchball

I recently picked up an Adidas Finale 6 and that is by far my favorite ball ever. The grip it has is unmatched by any other match ball and for some reason the bounce is a bit different so my combos don’t take as much power from me as previously, meaning I can do longer ones.

If I had to pick one I would go with the Adidas Tango 12. I just love this ball because it has basically only two colours white and black … it is a really simple ball with great grip so I’d definitely recommend it to freestyler.

Amazing week at the @soccerex global convention for business in football!?

My favourite ball is the Europass Gloria 2008 official match ball. It’s perfect for my style as I predominately train air moves.

My favorite is for sure the Adidas Teamgeist 2006 World Cup ball! The material gives a perfect grip and unique feeling and the white and black colors don’t stress your eyes during a long training. And of course with that ball Italy won the World Cup haha!

My favorite ball for freestyle is an Urbanball. It’s my favorite because the extreme grip on it makes it much more difficult to do most tricks and practically forces you to create your own.

Okay… this was probably the most awkward, difficult and extremely annoying trick I have ever done… so happy to finally land it though! ? Obviously I’m not happy with the execution of the atw as it’s bendy, nevertheless this trick was too incredibly hard to land again and I think it is clean (in slow motion you can see my foot goes around the ball) So yeah, would really appreciate a comment or share on this as it took me so long! ? #futbolsport #rldesignz #433skills #433 #football #soccer #highlighthub #sportbible @highlighthub @futbolsport @rldesingz @433 @thesportbible

My favourite ball is the Adidas Finalé 07 Athens final match ball. I love it because it’s a good weight for doing no touch combos as it is not too light so I can control the ball. And it is extremely grippy so clutches and basics lowers are easy to control.

I like all Adidas Champions League match balls. My favourite one is Champions League Berlin 2015. I am using this ball now. When I use it, I feel like the ball listens to me and goes where I want it to go. The ball has some dots on patches and they are helpful when I do block moves for example.

I have always used Adidas official match balls. I really like the newest one, the ball they used in Euro 2016 France.

MO Ali: Canadian professional footballer and freestyler and one half of IT10.

I just like the Adidas Euro 2016 ball because I can freestyle and take shots too as I am a football player first and freestyler second.

My favorite ball to freestyle is with any new top league match ball, slightly deflated. Right now I use the 2016 Adidas Nativo MLS ball. I played competitively my whole life so I’m the most comfortable with regular match balls. However, futsal balls are better for ground moves, Mitre street balls for blocks, etc.

My favorite ball to practice with is the Adidas Brazuca match ball. It feels very light especially when you’ve practiced with it for a few months. I also like the stitching of the ball and the way it looks. But to be very honest, it doesn’t really matter what ball you use unless the ball is not round and as heavy as a medicine ball. It ain’t about what you practice with but rather how you practice and how much passion you put into it. 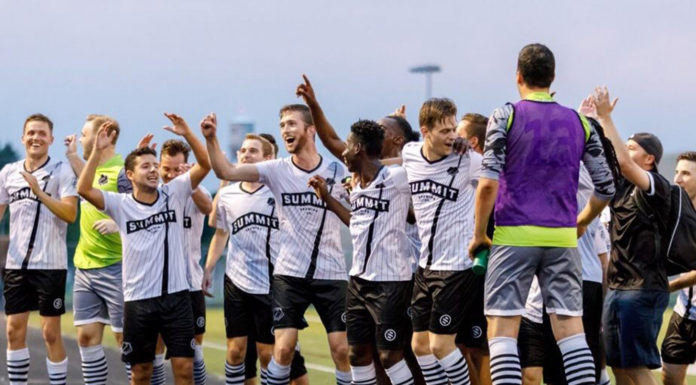