Nestled in the shadows of the Stade de France in Saint-Denis is a much smaller, yet just as important playing field. Opened last summer in honor of the 20-year anniversary of the first-ever French World Cup title, the ZZ10 court and playground, much like its namesake, offers hope and an escape to its surrounding community.

Stigmatized for their high crime and poverty rates, Paris’ suburbs, or banlieues, have been deemed “no-go zones” by some media outlets. While in some cases just a few miles separate these outskirt communities from the heart of the French capital, the banlieues are lightyears removed from the glitz and glamor of the City of Lights.

But beneath the stigma and stereotypes lies a beauty unique to these areas, one that is developing some of the most gifted footballers in the world. Forged in the crucible of economic hardship and small-sided games on pavement, stars including Kylian Mbappe, Paul Pogba, and Riyad Mahrez are products of the banlieues.

One of the largest of these suburbs is Saint-Denis, which home to over 112,000 has something that other banlieues, or even Paris doesn’t. It plays host to Stade de France, the massive, modern national stadium whose immaculate pitch has been graced by the likes of Mbappe, Pogba, Thierry Henry, and Zinedine Zidane. The stadium’s construction ahead of the 1998 World Cup was supposed to invigorate the area, but over two decades later, Saint-Denis continues to struggle. 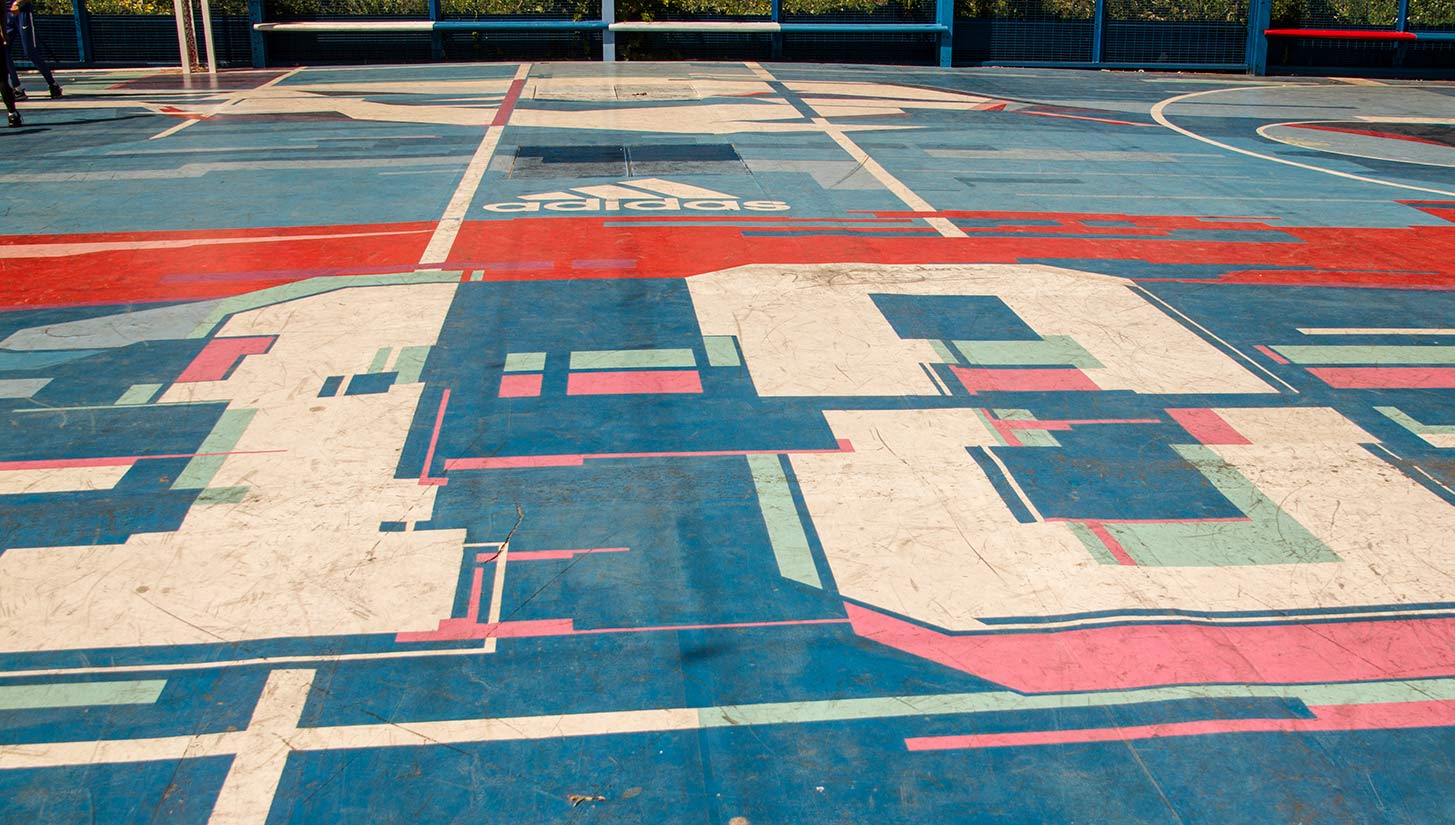 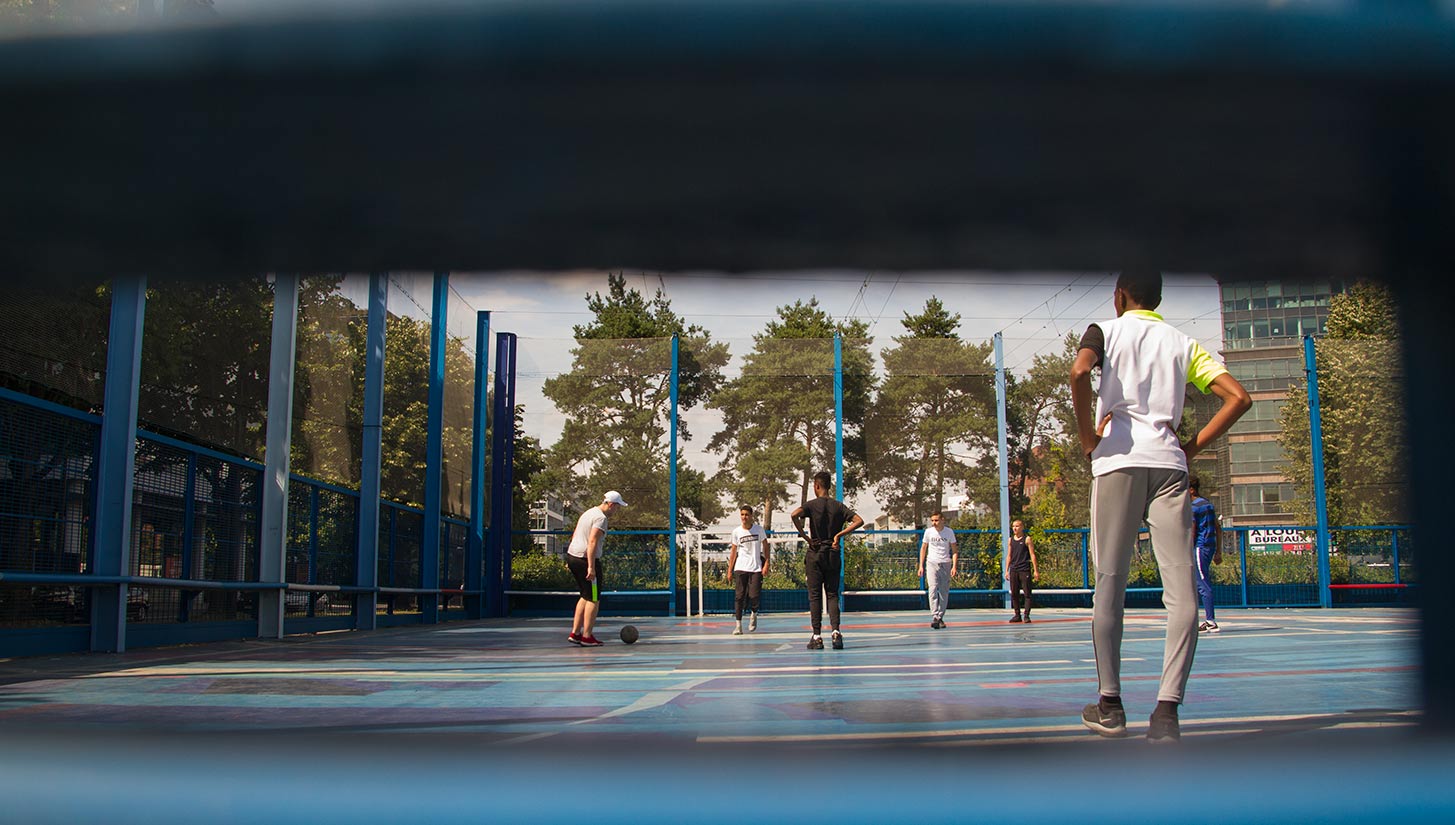 However, just a 20-minute walk from the Stade de France there lies hope in another pitch — not quite as pristine, but perhaps more impactful — the ZZ10 playground. Opened last year as a tribute to the Zizou-led 1998 World Cup champion French squad, Zindane himself was on hand at the opening ceremony, partaking in some pickup with local youth.

Pickup and street football is an everyday occurrence in the banlieues. Its ubiquity in the area is why it’s not a stretch to say that something like the ZZ10 playground could have a much larger effect on the community than the Stade de France. 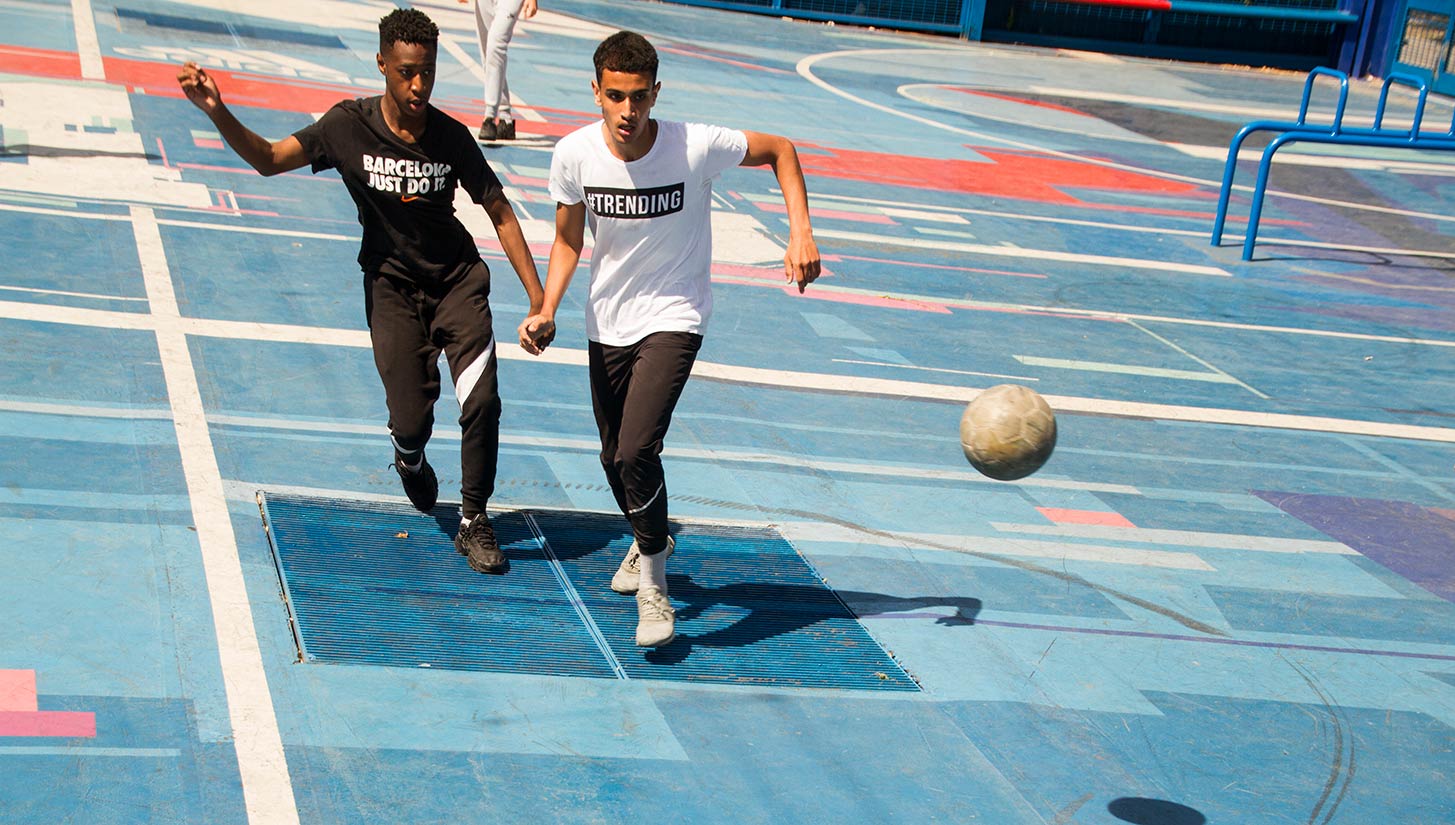 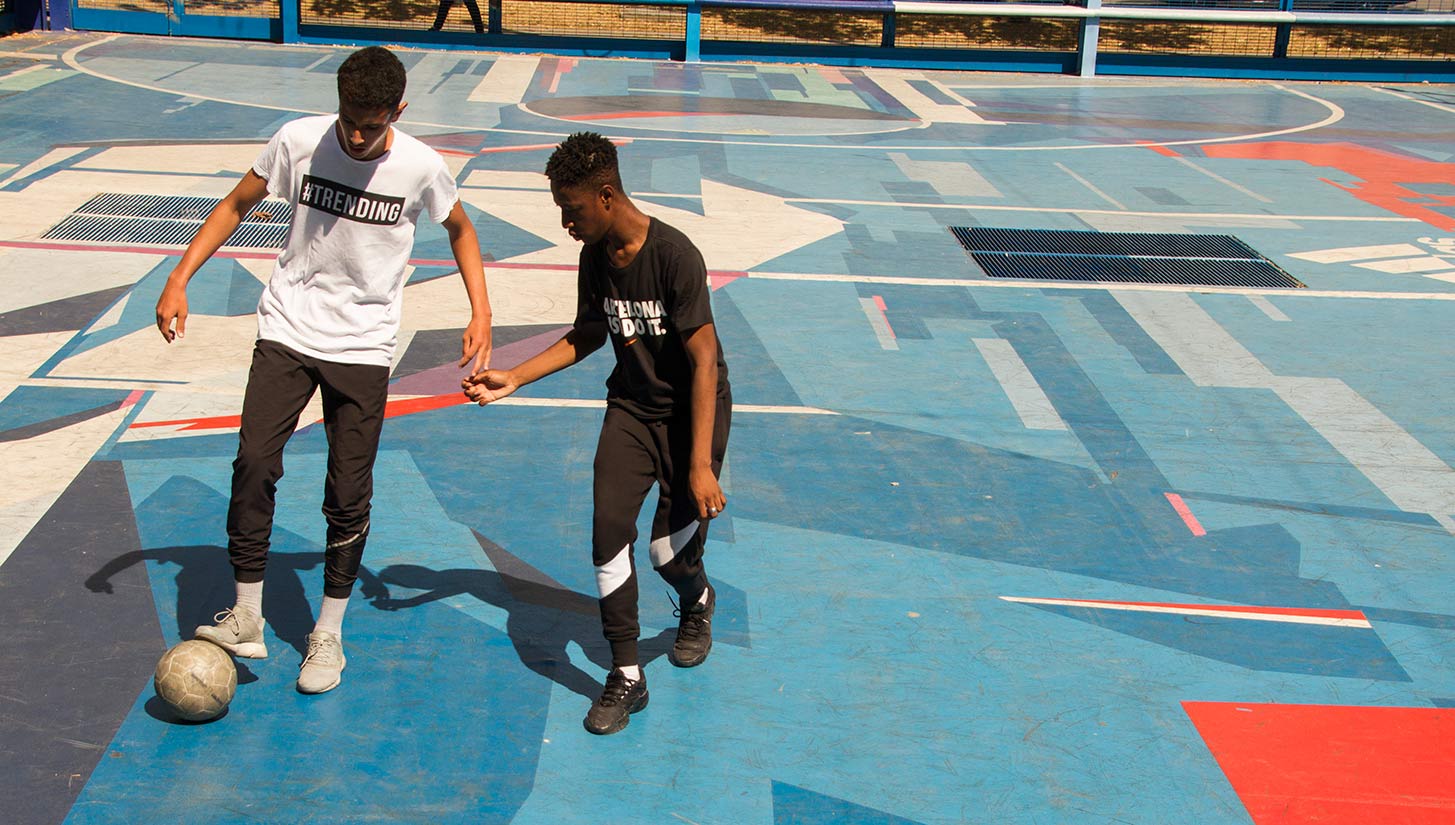 It was my last full day in France, and I knew I had to get a glimpse of the court before I left. I had a small inkling of what to expect in Saint-Denis, but its stark contrast from Paris’ posh sixth arrondissement from where I departed was a bit surprising. The iconic architecture was replaced by rusting buildings, art by graffiti, monuments by construction sites. But as I made my way into the heart of the commune, there were the familiar sights of cafes, tobacco shops, and pharmacies. From my perspective at least, it was far from a no-go zone.

I finally arrived at the park to find a group of early to mid-teens playing on the court. There were no rules, they used the entire width of the court (which was massive), and they weren’t shy to show off their skills. They were all Saint-Denis locals and frequent patrons of the playground. This was part of their daily routine. 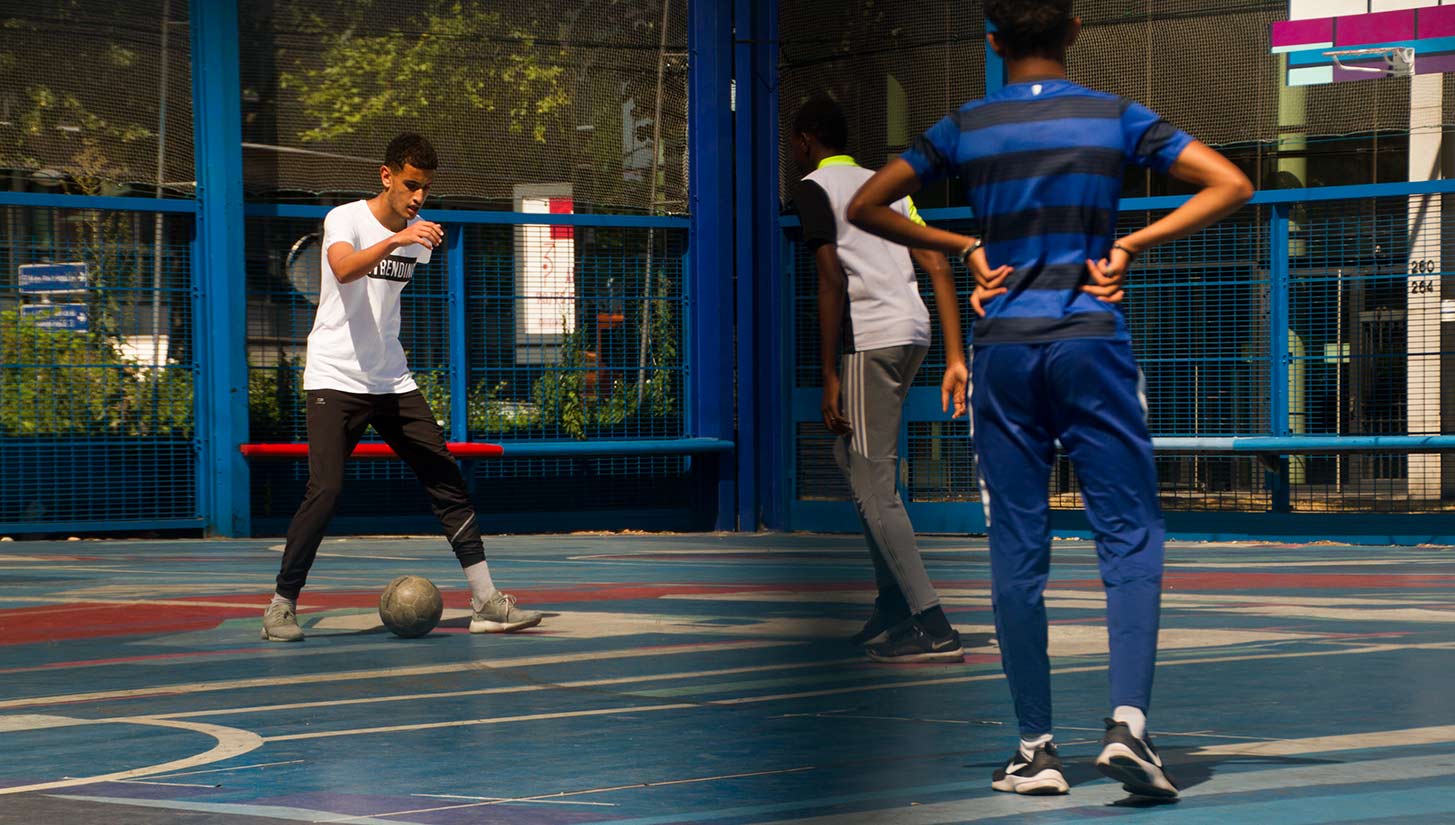 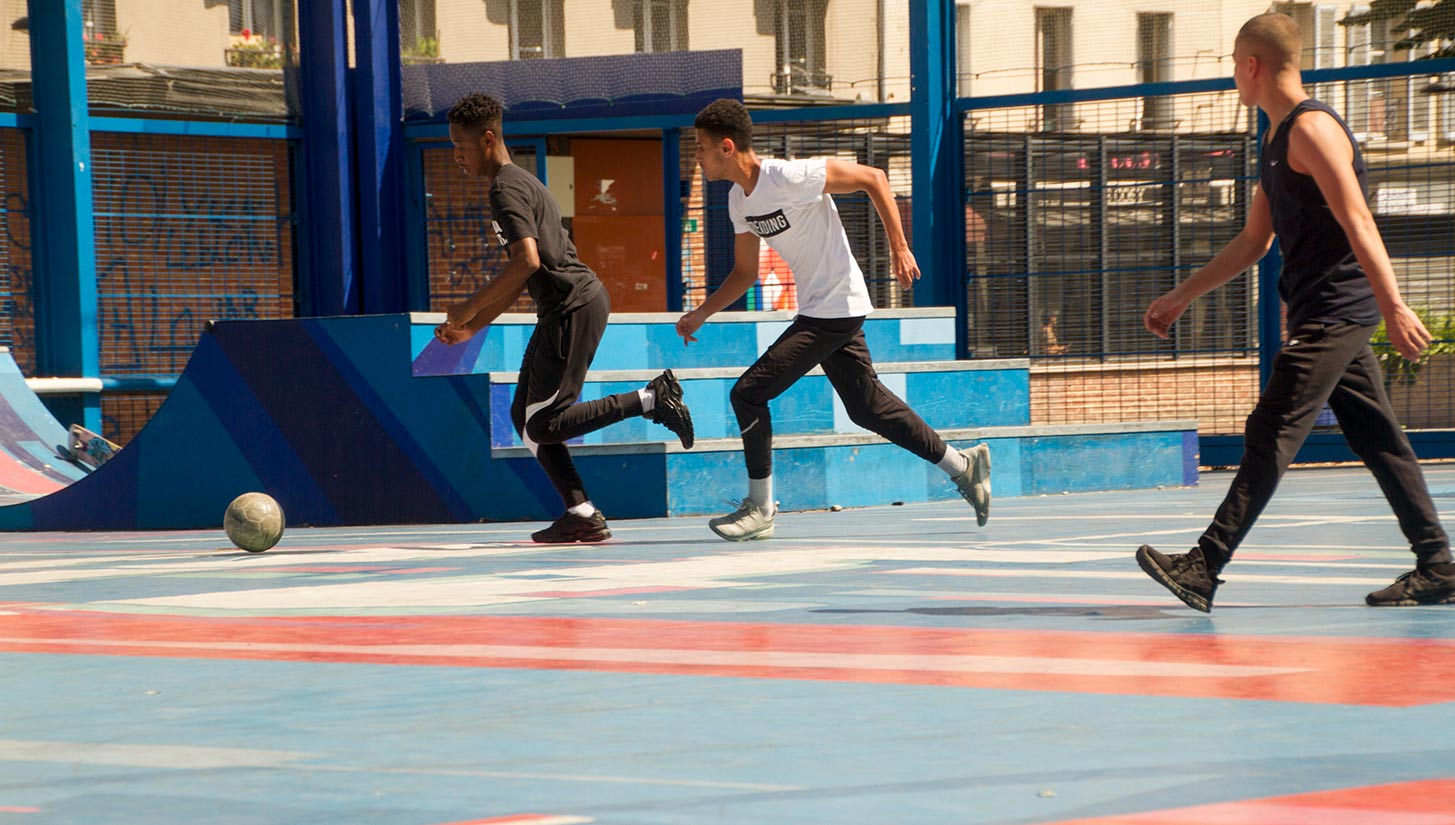 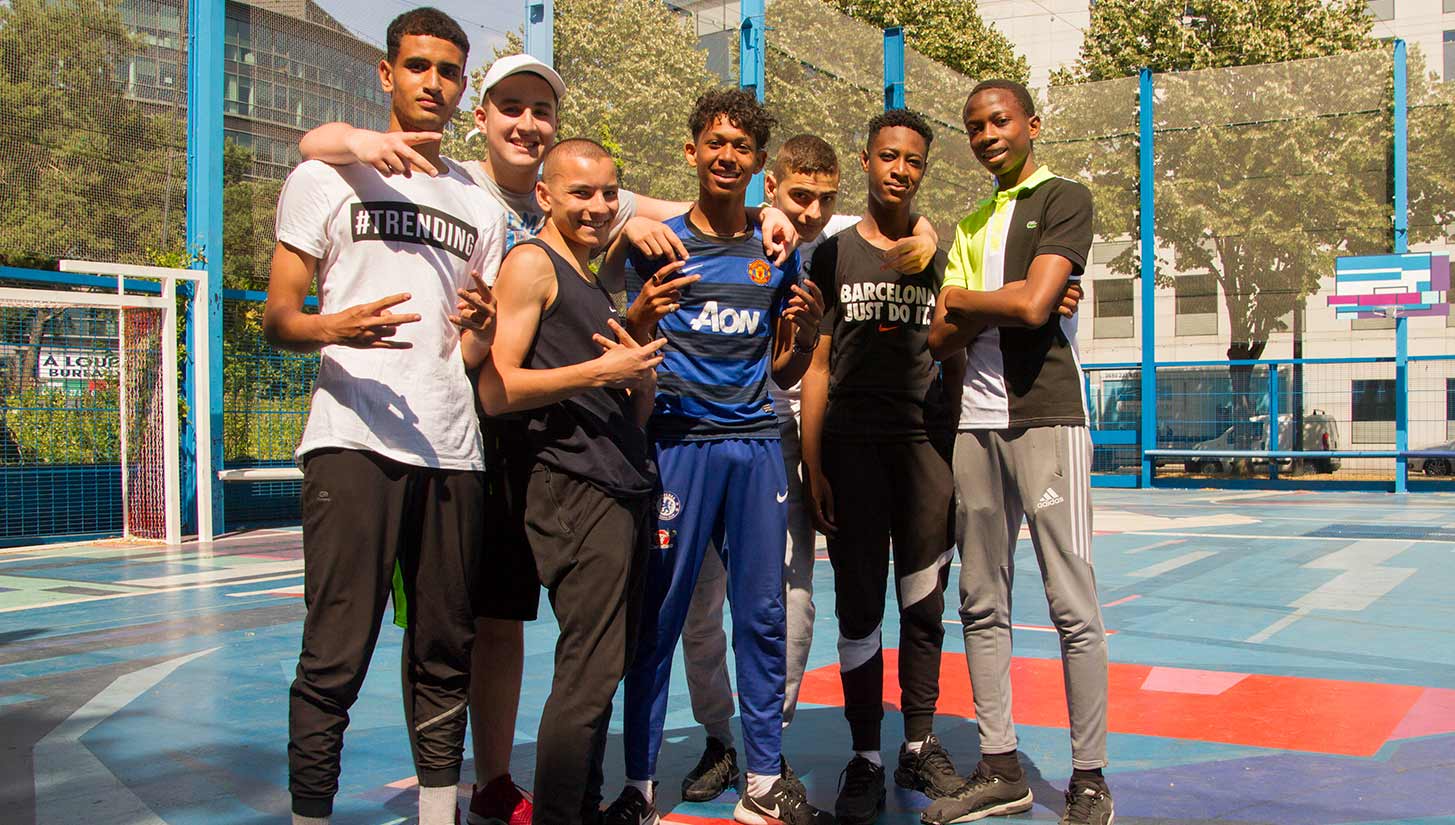 After they were done, we discussed what the court meant to them in a mixture of broken French and English (their English was much better than my French). The mention of Zidane made all of their eyes light up. They probably weren’t old enough to have watched him play, but with YouTube and social media they had surely seen his highlight reel. He, like them, like Mbappe, Pogba, Mahrez, and countless other pros, was a banlieue boy.

While the prospects of them reaching the professional ranks of football, much less the career heights of Zidane, are unlikely, the court gives them that hope. And if they don’t make it, it could be another Dionysien that makes the leap from the small court in the park to the the picturesque pitch in front of 80,000 fans less than a mile away. 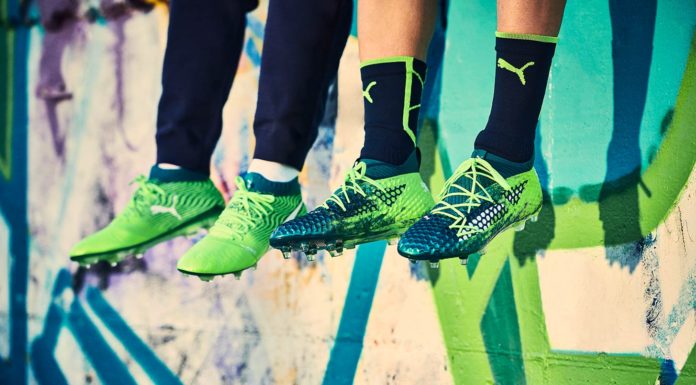