For this week’s Top 10 Tekkers, we celebrate the end of our favorite Turkey-stuffing, Netflix-surfing, butt-freezing month with a selection of sick tricks and slick skills to remind us all that, yeah, it might be time to put down the gravy and get back to ballin.

Target practice is always more fun when a good mate’s involved, especially when he’s the target! It’s a great way to improve your accuracy and the added pressure of not hitting your friend (unless that’s the point) forces you to focus just a little bit more. Watch Christian spare his buddy from a bruising, and hit that upper V—definitely succeeding at the accuracy test.

A wise man once told me, if you’re going to do a trick shot, make sure everyone’s jaw drops. Okay, maybe that wasn’t the wisest thing I’ve ever heard, but it might as well be with these young ballers out there impressing the crowd with a combo of freestyle moves, trick shots, and b-ball! Kids these days!

Training your core is one of the most important factors in creating a powerful athlete, helping with both balance and agility. These national players take it to another level with this header exercise done on balance balls. And hey, if football doesn’t work out, there’s always reality TV.

Szymon Skalski, Polish world freestyle champion, shows off some seriously impressive uppers. The focus of this clip includes head, shoulders, neck, and upper chest tricks, proving just why the skilled freestyler is a world champ. He goes from shoulder to shoulder juggling before switching to 360s around the neck, somehow integrating his chest into the mix, too. Whaaat. Seriously impressive stuff.

Marcel Gurk records his incredible journeys while traveling and freestyling through different countries and in his latest video really captured our attention with a sweet 360-degree look at a freestyle session. The camera rotation gives us a view of his beautifully clean technique, making us appreciate it all the more.

Flash mob, in Alfani suits, in the middle of NYC. Because freestylers are cool like that.

Let’s be real, this move from the SkillTwins is so nasty, it makes a baller cringe. First that rainbow flick, then megging the goalie??? These guys are too sick! Play or be played, playas!

In case you were wondering just how OCD freestylers are, check out this leisurely activity. Take a ping-pong ball and set up a triangle of two dozen red solo cups. Land a freestyle trick then hit the ball into one of the cups, until one by one, you’ve landed it in every single cup. Spice it up by involving a second player, and score extra style points by throwing in some exotic tricks. Wee!

2. A Mannequin Challenge You Actually Care About

There was no way to do this week’s top 10 without sharing a clip from the F2. These guys are incredible with their creativity and sheer volume of videos they put out on a regular basis. In their version of the “Mannequin Challenge” they set up progressively harder shots, using plastic dummies, for what looks like a pretty fun afternoon of testing each other’s accuracy. Now that’s a mannequin challenge we actually want to do!

Laura Biondo is no doubt one of the best female freestylers today, and is a straight-up beast when it comes to endurance. She holds multiple Guinness World Records and recently qualified and competed in the Red Bull Street Style world championships. Her technique is very balanced when it comes to variety, speed, and clean landings. Check her out for inspiration this holiday season and keep that passion burning! 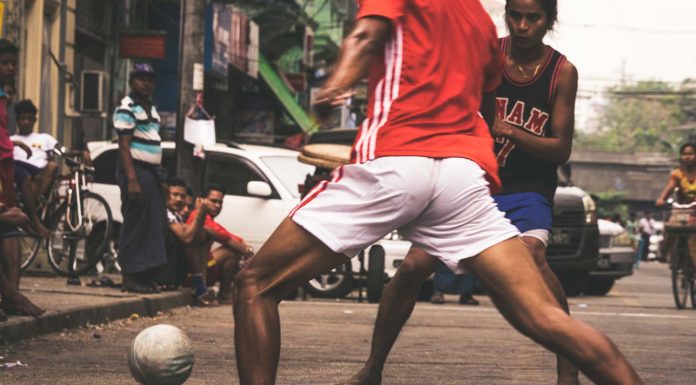