The United States Soccer Federation announced that it would be parting ways with MLS-owned Soccer United Marketing (SUM) and not renewing their commercial rights agreement. The nearly 20-year partnership has been one of the most controversial subjects in American soccer, with potential conflicts of interest between MLS and the country’s soccer governing body. But what exactly is SUM and the contentious accusations lobbied by its vocal critics?

To fully understand this complex issue, we have to go back to MLS’ infancy. In 2001, the league was facing an existential crisis with its future still up in the air. At the time there were only 12 clubs in the league with an estimated loss of $250 million during its first five years of operation. Due to decreasing attendance and mounting losses, the league was facing a bleak future with the possible shutdowns of the Colorado Rapids, Tampa Bay Mutiny, and Miami Fusion.

On December 7, 2001, MLS Commissioner Don Garber met with team owners with the express goal of establishing a concrete plan to ensure the league’s survival. One of the historic decisions that arose from that critical summit was an agreement to establish a marketing agency aimed at managing soccer content in the U.S. They agreed that their first major acquisition target would be the broadcast rights to the upcoming 2002 and 2006 FIFA World Cups, which they saw as a fortuitous opportunity.

The main issue at hand is that a commercial partnership between U.S. Soccer and MLS intrinsically tied their financial prospects together and presented a conflict of interest on multiple levels.

At a cost of $70 million, the MLS owners successfully acquired the rights to produce the 2002 and 2006 FIFA World Cup broadcasts. This allowed them to turn around and negotiate an agreement with ABC and ESPN to broadcast the 2002 tournament. Although they incurred a net loss, this was the nexus of SUM hiring sales and marketing staff, media experts, and other sports executives.

Upon establishing a full-time commercial soccer staff, SUM sought to find additional opportunities to market soccer in America. One of its earliest signings was an agreement with the Mexican Football Federation to promote its games in the U.S. along with representing its commercial sponsorship rights. However, SUM’s most critical signing was in 2004 when it agreed to be the commercial agent for U.S. Soccer. This was the key moment when U.S. Soccer made the decision to work with SUM as its commercial representative.

It is important to note that SUM is owned by the MLS owners and is the league’s media arm. As such, it has managed all sponsorship, licensing, and advertising sales for most major soccer properties in North America including U.S. Soccer, MLS, and the Mexico national team. The main issue at hand is that a commercial partnership between U.S. Soccer and MLS intrinsically tied their financial prospects together and presented a conflict of interest on multiple levels.

A pivotal juncture occurred in 2006 when U.S. Soccer and MLS agreed to bundle together their rights to ABC, ESPN, and Univision. Essentially this resulted in broadcasters paying a single fee to program both MLS and U.S. Soccer and not differentiate between the amounts paid for each. While this practice itself isn’t unusual in the sports industry, what makes it problematic is that it inevitably tied the fortunes of U.S. Soccer and MLS together at the possible detriment to other soccer leagues.

This relationship is the central argument at the heart of two lawsuits currently in progress against the U.S. Soccer Federation. The now-defunct NASL filed an antitrust lawsuit in 2018 against USSF and MLS for acts they deemed as anti-competitive conduct. Relevant Sports, a soccer events and promotion company, filed a lawsuit alleging U.S. Soccer schemed with SUM and FIFA to block other leagues from allowing sanctioned games in the U.S. and prevented competing companies from promoting those games.

Another major point of contention is the intermingling of people in positions of power representing both MLS and U.S. Soccer. Garber, who has steadfastly served as MLS Commissioner since 1999, is also the CEO of SUM and a member of the USSF board of directors. Sunil Galati, who presided over the USSF as president from 2006 to 2018, also served as the president of Kraft Soccer for the New England Revolution until 2015. At best, this represented an uncomfortable ethical issue, and at worst, a possible deceptive intermingling of mutual self-interests at play.

This potential conflict of interest was the hottest topic during the 2018 U.S. Soccer presidential election. Former USMNT player and presidential candidate Eric Wynalda questioned SUM’s relationship with the federation at the time stating, “The mixing of business interests and non-profit sports governance is a recipe for disaster, as we have seen repeatedly in the soccer world in recent years. MLS has used SUM to have a de facto monopoly on U.S. Soccer policy and power. This includes their ability to limit player movement, salaries, and access. How much? Without the ability to review the deal, it is hard to pinpoint the severity of the negative effects of the relationship.”

While also running for USSF president in 2018, then-USSF Vice President Carlos Cordeiro stated, “The unique ownership of SUM creates conflicts that need to be addressed. To avoid any and all conflicts going forward, USSF will need to ensure that any individuals with potential conflicts of interest are recused from any future negotiations with SUM.”

Staunch critics of this questionable partnership maintain that those in decisive positions in U.S. Soccer enriched their financial considerations in MLS while wasting USSF assets. Considering that SUM’s board of directors is comprised only of the owners from each of the MLS clubs, it is not far-fetched to believe this was the case. It has been further speculated that the valuation of MLS teams and the huge increase in franchise fees were due in large part to the media arm of MLS. This seems to make sense since each MLS owner owns an equal share in SUM as well. As recently as 2017, SUM was valued at approximately $2 billion.

This brings us to our current state where the USSF and SUM jointly announced that they will not be renewing their commercial rights partnership upon its expiration at the end of 2022. As a business decision, this means that the USSF will be responsible for selling its own sponsorships and media rights which has gained significant value over the years. In addition, it is understood that the USSF and MLS will no longer bundle their broadcasting rights together, allowing for full clarity on their total values.

Despite the seemingly rosy nature of the joint press release, ending a two-decades long partnership is no easy task with long-standing ties still remaining. The decision from U.S. Soccer ultimately came down from CEO Will Wilson and COO David Wright — both are long-time former SUM employees. Additionally, Garber remains a member of U.S. Soccer’s board of directors.

Although the end of their partnership means that starting in 2023 U.S. Soccer and MLS will be splitting their media rights, the two sides maintain they will continue working together to help grow the game in the country.

“Soccer United Marketing is proud to have worked closely with U.S. Soccer for nearly two decades to elevate soccer in this country,” Garber said in the joint statement. “The close relationship between SUM, MLS, and U.S. Soccer will continue to be a priority and remains a critical component to the overall development of the sport at the highest levels, and we are looking forward to the next steps in the continued growth of soccer in the United States.” 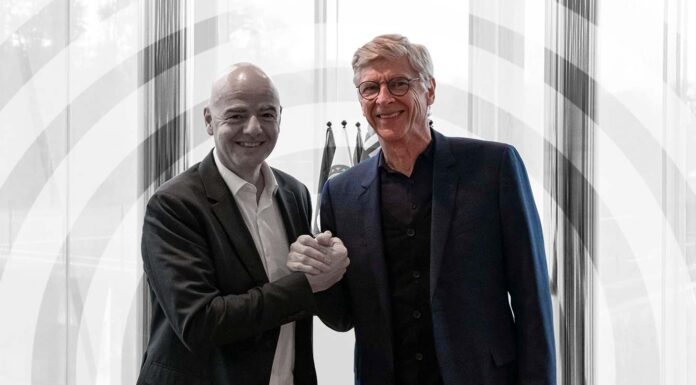