Last March, New Balance launched a bold new campaign offering a select few amateur soccer players the chance to be treated like pros as part of their extension into the world of football. The Blackout Squad contest serves as a participatory effort to compete with industry giants Adidas and Nike, and gain the attention and loyalty of some of the best youth players in the country.

Winners of the contest received the support of the multinational company, including free gear and the opportunity to try out new product before it was released to the public, and New Balance no doubt hopes they will in turn serve as on-the-ground ambassadors of their product.

The company began its expansion into soccer in 2015 and now has a star-studded lineup that includes the likes of Arsenal’s Aaron Ramsey, Man City’s Jesus Navas, and Sevilla’s Samir Nasri. 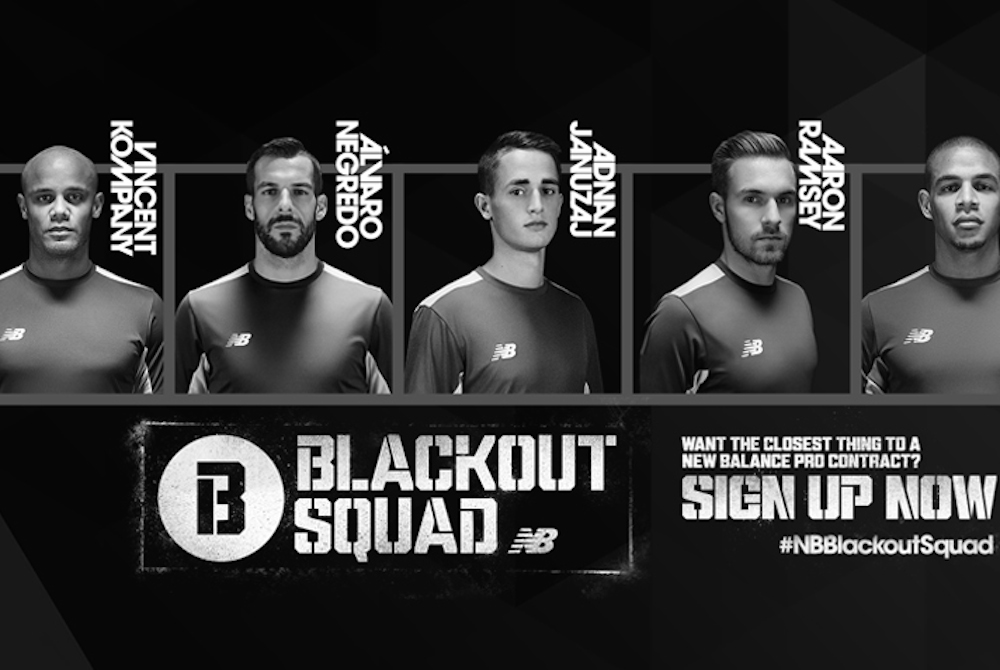 To apply, contestants were asked to describe why they deserved to be part of the elite group, and demonstrate how they were leaders in the football world. A panel of judges selected 60 winners in the U.S.

Now, almost one year since the contest was launched, we got a chance to catch up with two contest victors, New York native Alex Schachinger and Jake Trumbull from El Dorado Hills, CA.

Schachinger is 14 years old and currently plays in the National Player Pool of the Super Y League. The Super Y League contains the youth academies of Major League Soccer, United Soccer League, and Premier Development League, and consists of the top 1 percent of youth players in the U.S. and Canada. The National Player Pool, in turn, consists of the most elite players of that league. Interestingly, one of the main focal points of their athlete development is small-sided play for young footballers. Schachinger is also a member of the New York HOTA Bavarians of the National Premier League.

“I started playing at the age of 4, and I have been playing competitively pretty much from the start. I aligned myself with great trainers and coaches that believe in me and really taught me how to hone my skills,” he said. “I was invited to trial with a professional academy in England this winter. I play all year round, indoors on synthetic turf, outdoors, and futsal. When I am not in school or studying, I am playing soccer.”

The young baller also began freestyling this past summer after working with Martin Schopf, who participated in the 2016 Red Bull Street Style competition.

Schachinger says he was pleasantly surprised with the quality of the many products New Balance has sent him, including boots, shirts, shorts, socks, jackets, bags, and soccer balls.

“The gear is high quality and innovative. The boots are some of the best I have ever worn because of the way they fit,” Schachinger said.

In my experience, athletes used to be brand loyal. Now it is about fit, the technology, and just what is appealing aesthetically.

He also believes that New Balance can compete with Adidas and Nike, not only because of the quality of the gear, but the changing mentality of today’s athlete.

“I absolutely think they can [compete with Adidas and Nike]. The quality of the products is comparable,” Schachinger said. “In my experience, athletes used to be brand loyal. Now it is about fit, the technology, and just what is appealing aesthetically. Now it is okay to wear a Nike shirt with Adidas shorts and New Balance boots, whereas before, if you were wearing a brand, you were wearing all that brand. I think young people are much more savvy about what is being marketed to them too. Even the professionals switch brands. New Balance seems to be taking a real grassroots approach to their marketing, similar to how Under Armour started out—and look how successful they have become.”

Jake Trumbull has been a part of El Dorado Hills Soccer Club since he was 12, and currently plays for their U19 Mayhem team.

“Since I won the Blackout Squad contest, it’s given me great pride and I’ve almost felt sponsored by the club. My friends saw it that way as well,” Trumbull said.

Like Schachinger, Trumbull was impressed by the quality of New Balance’s apparel.

“A lot of the gear was really nice, definitely the most expensive cleats I’ve owned and to get three pairs was awesome,” Trumbull said. “And the jackets, jerseys, and shorts are top class. I will say though the cleats were nice, they were not on par with the industry giants.”

I think New Balance could compete with Adidas or Nike but they are going to need to either get a star player who is sponsored by them, or make a model that is top class …

Despite their cleats not being quite as top notch as Adidas or Nike, Trumbull said he thinks that New Balance can make a push to be mentioned with the two giant companies.

“I think New Balance could compete with Adidas or Nike but they are going to need to either get a star player who is sponsored by them, or make a model that is top class and becomes one of the classic cleats, for example the [Nike] Tiempo,” Trumbull said.

All in all, Trumbull said his experience was positive, and that he was thrilled to be a part of the Blackout Squad.

“I’m really thankful I won the contest and I am blessed to have been given this opportunity,” Trumbull said.

Click here for more information about the Blackout Squad. 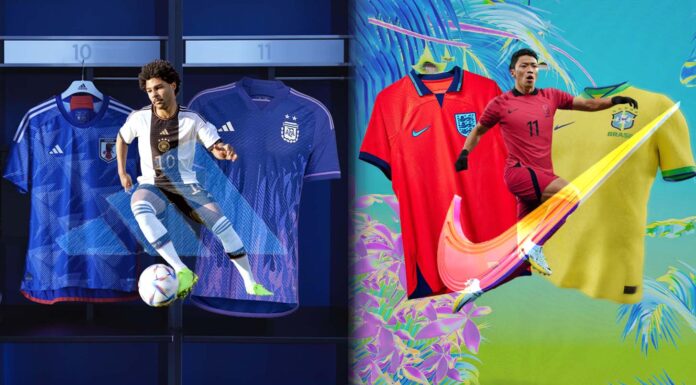 An Exclusive with Andrew Henderson, Freestyle’s Most Dominant Athlete, and Why He’s Still the Best in the Game