Last weekend’s English FA Cup Final was exciting (especially if you’re a Gooner), but it was missing something — an official song. From “Ossie’s Dream” to “The Anfield Rap,” we look back at the lost tradition and reminisce on some of the best (and worst) FA Cup Final songs.

These days the English FA Cup Final has become nothing more than a corporate jolly. All of the romance was squeezed out of the end-of-season showpiece long ago. From as far back as 1991, when the governing body allowed semi-finals to be played on Wembley’s hallowed turf, it was always going to be a slippery slope.

The traditional 3 p.m. kick-off time has been moved to accommodate viewers from across the globe, teams have fielded weakened XI’s suggesting that what was once the pinnacle for many has become anything but, and sadly, the cup itself has been sold off for a sponsor’s wedge.

Cash is evidently king, and money can indeed buy you almost anything these days. Perhaps the one thing it can’t is taste — and the long-forgotten FA Cup Final song often had precious little of that!

In the 1970s and ’80s, FA Cup Final songs were at their zenith, and teams had a fair smattering of crooners in the ranks. It wasn’t unusual to see the successful squads of the time looking a little awkward in the Top of the Pops studio, but nevertheless they still belted out tunes with gusto.

The sing-a-long style of these terrace anthems made them hugely popular in their day, though it’s fair to say that some were miles better than others.

There have been some absolute belters and some real horrors, but the yearly battle for the UK pop charts that raged between 1970 and 2000 has been consigned to the history books.

Indeed, in the 20 years since the turn of the millennium, there have only been two FA Cup Final songs released, more’s the pity. That’s a whole generation of supporters who have truly missed out.

For a start, who can forget the instant classic from 1981, “Ossie’s Dream.” A rip-roaring, tub-thumper co-written by Tottenham Hotspur fans Chas & Dave, it was the first of two consecutive chart-toppers for the north Londoners and famously featured the refrain “Ossie’s going to Wembley, his knees have gone all trembly,” as well as Osvaldo Ardiles chipping in with a “Totting-ham” at the end of each chorus.

Their follow-up in 1982, “Tottenham, Tottenham” was another pub rock classic even if it didn’t have the instant appeal of its predecessor.

London rivals, Chelsea can also boast one of the most well-known Cup Final songs, “Blue is the Colour.” Fifty years after its release in 1970, the year in which the Blues defeated Leeds in one of the most attritional FA Cup Finals ever seen, it still gets sung at Stamford Bridge.

The Kings of the King’s Road could not only play great football, but at that time, the likes of Alan Hudson, Peter Osgood, and Ron Harris could hold a reasonable enough tune.

West Ham United’s 1975 version of “I’m Forever Blowing Bubbles” won’t get any marks for originality, given that it had been the club’s terrace chant for decades prior, but it too has stood the test of time.

When the players make their way out of the tunnel at the London Stadium — as they did for years at Upton Park — it’s this version of the song that’s still played over the stadium speakers.

One of the most famous of all FA Cup Final songs has to be the “Anfield Rap (Red Machine In Full Effect).” Penned in 1988 by Liverpool’s Craig Johnston, who would later go on to invent the Predator boot, it featured an intro inspired by LL Cool J’s “Rock the Bells,” to go along with comical lyrics. Johnston’s own gambit “I’m big down under but my wife disagrees,” is a case in point.

At least the “You’ll Never Walk Alone” refrain chorus gave the tune some semblance of normality, albeit with a late ’80s vibe. You can be the judge of whether it belongs in the Hall of Fame or Shame.

Fellow Merseysiders Everton enjoyed one of the best periods in their history in 1985. Champions of England and European Winners’ Cup winners, they badly let themselves down with their choice of Cup Final song however. “Here we Go” is just about the most uninspiring of let-downs you’ll ever hear. Those mid-’80s shell suits only add to the bleakness too. Straight in the bargain bin you go!

Their 1995 effort, “All Together Now,” using the tune from The Farm’s song of the same name was marginally better, but it can’t really be considered a Cup Final song in the truest sense because it sounded just like the original. Only making No. 24 on the UK charts, the version is credited to “Everton FA Cup squad 1985,” but no one is sure if any member of the squad actually sang on it! It’s a slight re-working of the tune, but is probably one of the main reasons why the tradition died a few years later.

Although Chelsea had some help from none other than Madness front man and huge Blues supporter, Suggs, the first-team squad did at least sing on their 1997 record, “Blue Day.” The catchy little number, one of the last to be recorded for an FA Cup Final, is best remembered for its “Chelsea, Chelsea” ditty, heartily sung by the likes of Gianluca Vialli, Gianfranco Zola, and Dennis Wise.

We can’t bid this list goodbye without saving the best for last. You know that you’re onto something special when part of the chorus is, “Keep telling us we’re boring, we’ll just keep on scoring.” Glorious.

Arsenal’s “Hot Stuff” from 1998 had it all. Decent tune, pretty sharp lyrics, Ian Wright getting his groove on, what more could you ask for?

Capitalizing on the popularity of Donna Summer’s “Hot Stuff” — a 1979 disco classic that had had a renaissance in 1997 thanks to the hugely popular UK film, The Full Monty — it was always going to be a big win.

What is your favorite FA Cup Final song? Let us know in the comments below. 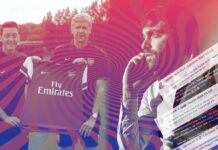 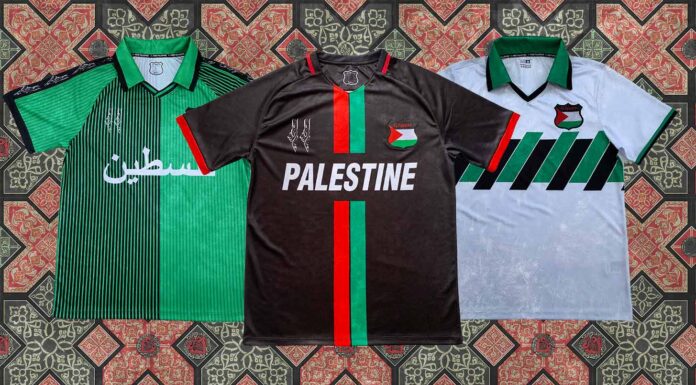