This edition of Freestyler’s Playlist is courtesy of Michael Bliss, a freestyler out of Madison, Wisconsin.

Bliss began playing soccer at an early age and continued throughout high school, where he was recruited to play at Macalester College in St. Paul, Minnesota. After playing for two years, he decided to become a full-time freestyler.

“Freestyle offers me more opportunity to express myself, and I soon got hooked, training hours every day,” Bliss said. “Apart from a great way to have fun and better my own life, I love the impact that freestyle can have to inspire others to live a confident lifestyle.”

Bliss’ playlist is a versatile mix of hip-hop, EDM, and trap remixes. Check it out and enjoy!

A. Skillz V Beatvandals, “Blowin’ Up”

Bliss begins his playlist with an upbeat track from London DJ A. Skillz and Tim Utah’s Beatvandals. The hip-hop and funk inspired song contains samples from The Commodores’ “Brick House” and Notorious B.I.G.’s “Juicy.”

The next track on Bliss’ playlist is brought to us courtesy of UK rapper Fliptrix. “Just Run” is a cerebral rap track with a classic rap drum beat over eerie violins and strings reminiscent of Freddie Gibbs’ “Piñata” and the Notorious B.I.G.’s posthumous “Biggie.”

Continuing with the sounds from the UK, Bliss adds an instrumental of Stormzy’s “Nigo Guppy” to the list. The track was originally featured in an Adidas campaign, promoting the sports giant’s collaboration with the legendary Nigo of Bape fame. This track ditches Stormzy’s wicked-quick rhymes in favor of just the beat, which features trap snares and heavy synth work courtesy of producer [JC].

From one of the greatest hip-hop duos ever, “Mass Appeal” is an all-time rap classic. With the late Guru’s trademarked monotone raps over DJ Premier’s production, this track is incredibly freestyle friendly.

Bliss changes it up from the hip-hop theme and goes with a trap banger from Hermitude. Besides being a go-to song for your FIFA 17 highlight tape, “The Buzz” will undoubtedly get you going during your freestyle set.

Bliss next brings us “Keep On,” an inspiring track from hip-hop artist Braille’s 2004 project Shades of Grey. With smart lyrics and a boom-bap production, Braille is sure to keep you going with this song.

Electronic trio Kraak & Smaak’s “Squeeze Me” is a feel-good song that was also featured in Step Up: All In. Fit for a dance movie, this track is sure to get you pumped up for your freestyle session.

Sticking with the marshmallow mask-wearing DJ, Bliss puts Marshmello’s most popular track, “Alone” on his list. Similar to “Keep It Mello,” “Alone” employs synth and bass complete with an epic drop.

Detroit MC Royce Da 5’9″ makes up for what he lacks in physical stature with his lyrical prowess. Teaming up with the legendary DJ Premier, the two make a classic track in “Boom.” The song also features a sample from Premier’s Gang Starr days, with Guru’s “it gets tragic like the havoc of a nuclear bomb” playing in the chorus.

New York-based DJ Gramatik brings the heat with his triumphant “Victory.” With majestic strings and a strong drum beat, “Victory” is a perfect song to amp you up for training.

German underground DJ conglomerate Snowgoons gives us the epic “Get Off the Ground,” featuring a team of talented rhyme spitters including the late Sean Price. This track is a perfect example of a boom-bap banger that will get you off the ground and on your feet.

After we “Get Off the Ground,” Bliss makes sure we don’t touch it again. The EDM track from LA DJ Gazzo has a feel-good vibe and brings a lot of energy with a big drop.

The Norwegian trifecta of producers Seeb put their spin on the Coldplay and Beyonce hit “Hymn for the Weekend.” Seeb speeds up the track and adds drums and synths to make it more freestyle-friendly than the original.

Big Gigantic, “All of Me” (feat. Logic and ROZES)

Colorado-based EDM duo Big Gigantic teams up with Logic and ROZES for “All of Me,” another feel-good track on Bliss’ playlist.

Louis the Child and Icona Pop, “The Weekend (Lexxmatiq Remix)”

Austrian producer Lexxmatiq puts his spin on Louis the Child and Icona Pop’s “The Weekend.” Lexxmatiq’s version will have you thinking it’s the weekend on Wednesday with big drums, hypnotizing synths, and heavy bass.

Bliss next goes with “Jake LaMotta” from Vinnie Paz of Jedi Mind Tricks. The heavyweight track takes its name from the former boxing world champion and the subject of Martin Scorsese’s Raging Bull. Paz does his thing over horns and a banging drum beat from producer Illinformed.

The most popular remix of G-Eazy’s most popular song, No Sleep’s remix of “Me, Myself, & I” uses trap-influenced sounds in lieu of the original’s hip-hop style.

Bliss concludes his playlist with another Vinnie Paz track, this time featuring Apathy and Army of the Pharaohs member King Syze. All three rappers are lyrically gifted and show off their skills over a minimalist beat featuring a Mos Def vocal sample. 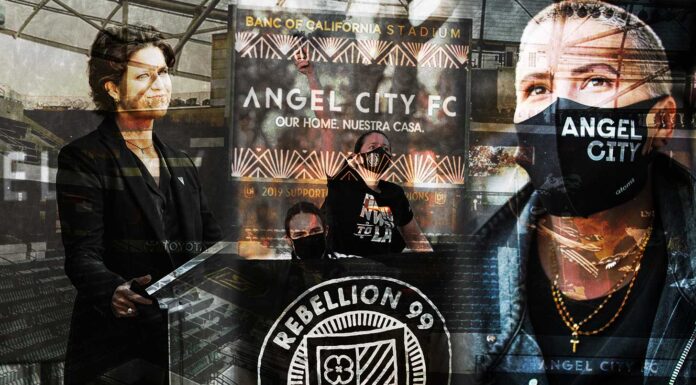