Our Descending the Pyramid series continues with Minneapolis City SC, an NPSL club that prides itself on signing local players — and has done nothing but win with them. We get to know the team through co-founder Dan Hoedeman, who with the help of club staff and community has built it from the ground up without the help of any inside political or corporate connections.

In Southeast Minneapolis, a club in the fourth tier of the United States soccer pyramid is affirming itself with a righteous foundation. Commencing in 2016, Minneapolis City SC has surged in growth, winning the National Premier Soccer League’s Northern Conference last season, and currently in the running for another title. What sets the club apart though, is an emphasis on supporting the community and running the club as part of the City of Lakes rather than an entity of it. 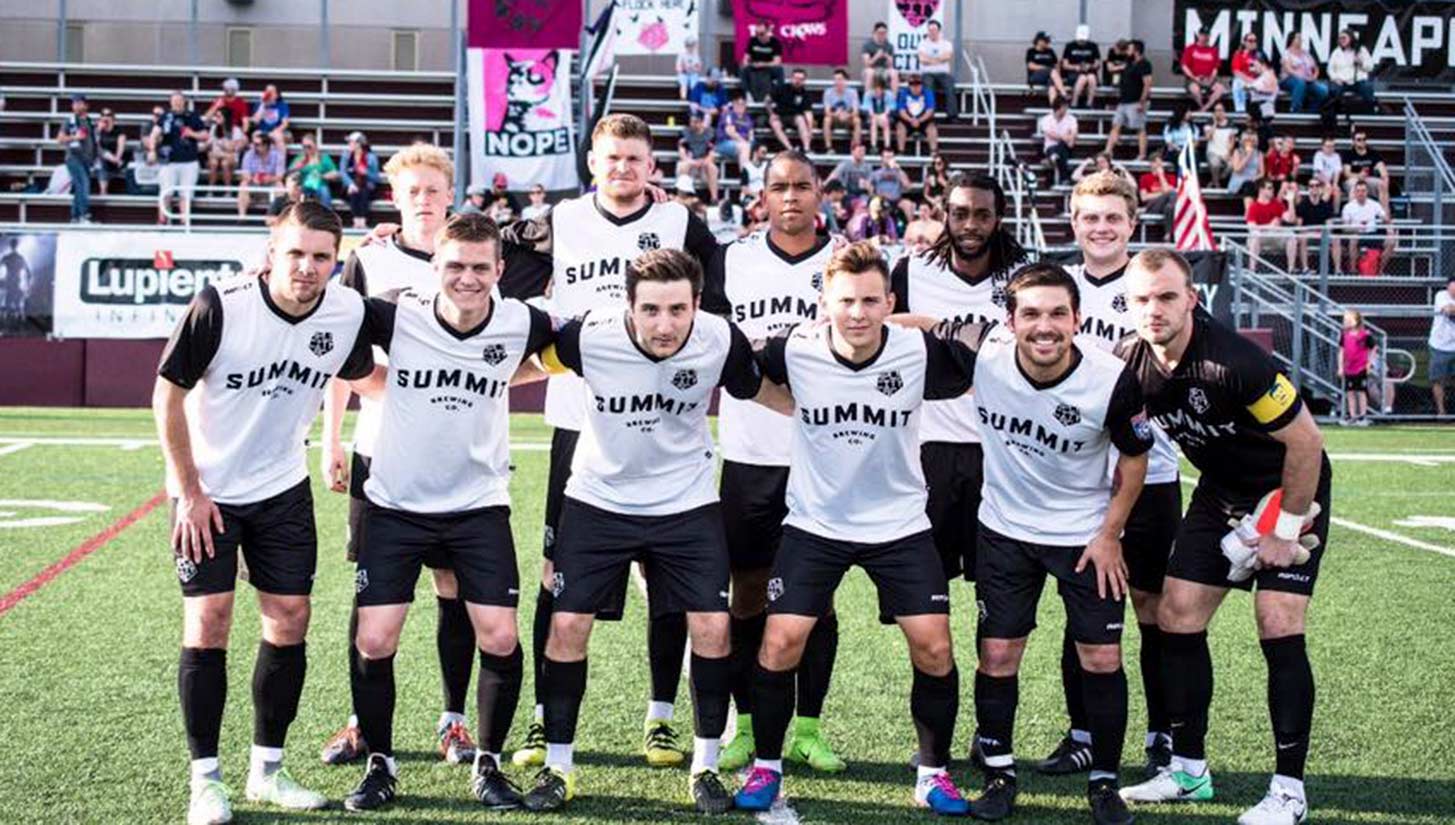 We sat down with club co-founder Dan Hoedeman, discussing the club’s current state of affairs as well as the values and structure that make the Crows one of a kind.

Dan Hoedeman: They’re known as the “mega-murder” in South Minneapolis. There are times when crows outnumber people in the city. It’s a population of something like 400,000, and on weekends when people are out of town there are often more crows than people here. We’re so far north and we get these really cool long twilights. With the crows it’s kind’ve spooky really!

We didn’t have a nickname at the beginning, and we played our first season in the heart of South Minnesota where these crows would roost above our stadium. We didn’t want to give ourselves a nickname, and we figured unless we go Super ’70s Sports — which was compelling — our whole thing was to have a ton of involvement from our supporters and our board. Full transparency, so we figured we should just let the nickname happen. It ended up being pretty cool, and you have to know the story otherwise it doesn’t make a ton of sense. It’s ours, and maybe wouldn’t feel like it if the name had been a little more obvious. Most people don’t know the crow story.

The club is one that prides itself on community outreach. How does a smaller team achieve this?

The key thing for us was recognizing that the biggest obstacle for American players is opportunities. So for us, whether it’s the players we are trying to bring into our NPSL team or just getting kids to have a safe positive place to play, we base things around that.

We rent local fields, bring the balls and pinnies for a few hours a day or even a couple times a week. The players and the coach stop by, and we partner with a couple different groups around town like the YMCA or Big Brothers Big Sisters Twin Cities. This interaction also translates all the way up to our top team too.

We’ve helped people connect with housing and transportation or other things. We’re trying to give an opportunity to people who might not have enough money for gear and we want to keep them up with being able to play. Some of the cities we travel to are three of four hours away so it’s difficult. We try to make sure that these players can be part of the club even when transportation is a big issue, not forgetting the U-23 team either. So we’re trying to make it positive, inclusive, and a fun experience that gets everyone out here.

What kind of impact are you able to make with the local youth?

Some of the kids that turn out to the Cancer-Free Play can’t really tell the difference between our players and the national team guys. When you’re a little guy you just look up to them, whether they’re Pele or a player representing Minneapolis.

We found that in a lot of poorer or challenged communities, you don’t have as much organized sports, so a lot of those kids lose, first of all, the fun, but also the health benefits and the life lessons that go along with it. Anyone you talk to, the best things they learned in organized sport are the friends they made, experiences, and challenges they faced together. People stick with it, and amping up these opportunities by having the players come visit can make a big impact. That’s what we’re trying to do.

I remember a couple of guys from the indoor team when I was little, they were awesome compared to me at 10 and 11. That’s where the inspiration came from for me. They were pros and got paid to play soccer! It got me to think about the game in a way I never had before. I wish I could go find a few of those guys now. We still remember their names and how awesome it was, and tell stories about it. I think that’s what you can do at the lower levels — don’t forget what impact you have on kids. 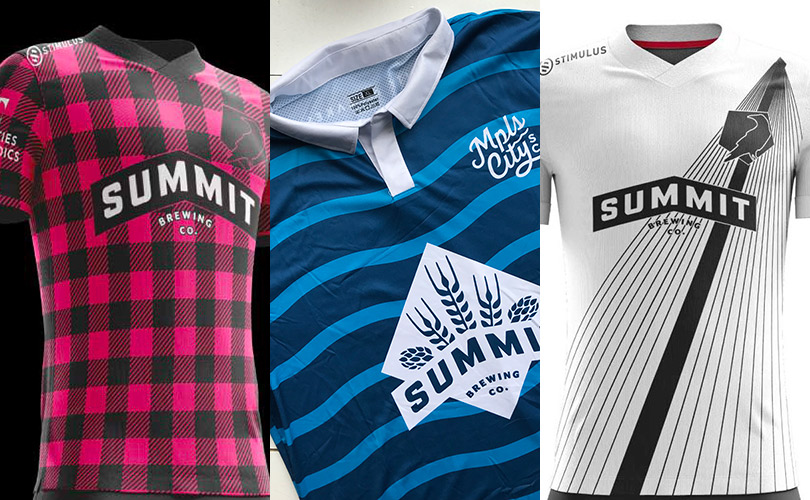 Besides the community work, one of the more notable parts about your club are the kits. All three have some great designs, could you go into some of the influence behind them?

So the home shirt was inspired by the South Minneapolis Bridge, which is right between our first stadium we ever had and where we play currently. You have to go under it to get from the old stadium to where we are now.

For the away kit, Paul Bunyan is our legend, and everyone makes fun of us as these hipster big-city guys so we made this hipster “Bunyan” shirt to have a laugh with things. We heard it from people like in Duluth, Rochester, and Fargo, and we had something about being from the North. So we tried to own it, and I love the rivalries. Having them in close proximity really matters.

For the third kit, Minneapolis actually means “city of lakes,” and the 13 light blue wavy lines represents each lake in the city.

Summit has been a great sponsor. They’re our original sponsor and are a regional brewery. They’ve been with us from the start for 10 years now. They’re the original craft beer up in our area and still kicking. 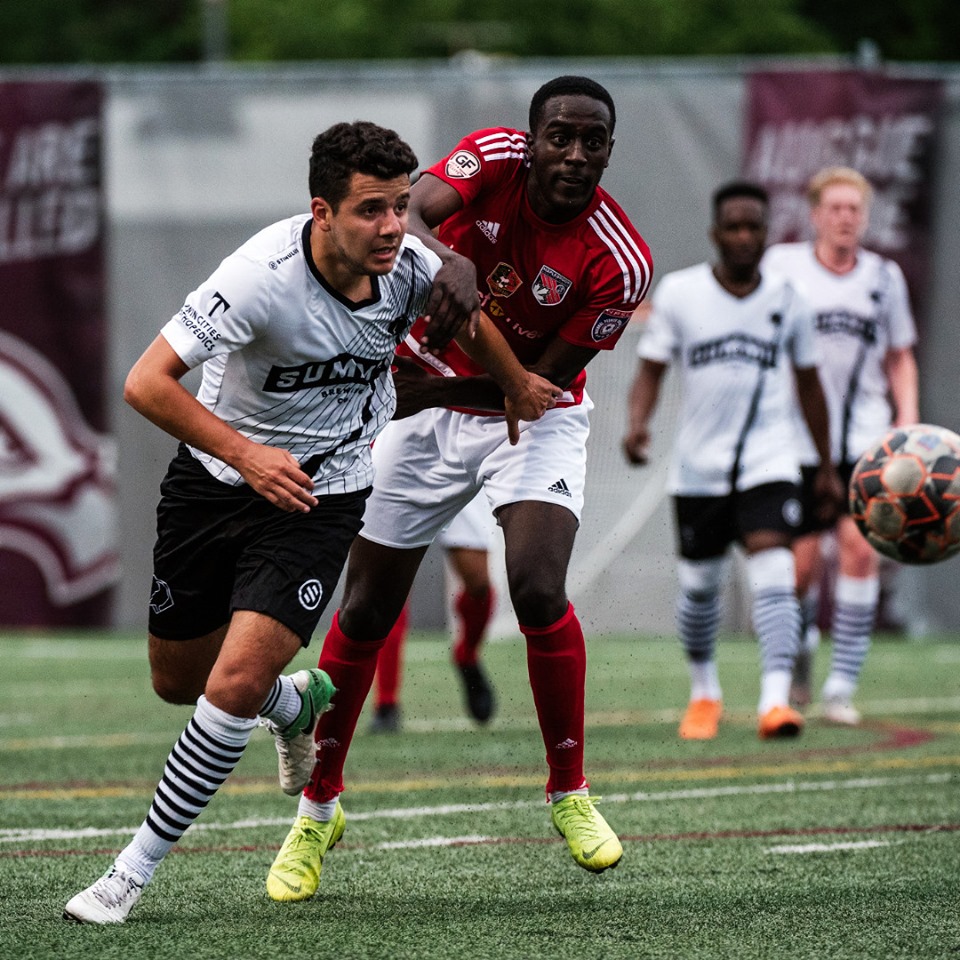 Out of the local teams you just mentioned, does MPLS City SC have one main rival?

We really want to beat the teams close to us, even more so than other teams. I want to win, but there’s something about that narcissism of small differences, you really want to beat anyone from Wisconsin or any other Minnesota team all the time. That makes our league particularly very fun because we have a compact division, so you have that neighborly rivalry which I think is a blast.

But — we have a team in town, 25 minutes to the northwest in the larger suburban area, the Minnesota Twinstars. They always want to beat us and throw everything at us.

There was a team in St. Paul who were our biggest rival, and they went on hiatus this year. I think with the Duluth team, they won the conference the first year and we won it this year. We’re neck and neck in the standings right now. But I want to be kings of the Twin Cities first.

Let’s talk about the current season. How’s everything going? You’re in first place but it’s close!

There are three games left and Rochester [Med City FC] is one, and Duluth two points behind us. It’s a race very similar to the Manchester City–Liverpool one because we only dropped points against those two and beat all the other teams. We play Sioux Falls this weekend and Duluth and Rochester also have teams they should beat. We’re going to probably decide this in the last two weeks of the season. As Alex Ferguson would say, it’s squeaky bum time. (After our interview, MPLS City beat Sioux falls, while Duluth FC and Med City FC also won their respective matches.)

What about the business side of things? What is MPLS City SC’s ownership structure like?

We enjoy having Minnesota United FC, because look, If you’re a decent, well-run coffee shop, the Starbucks will drive interest in all of coffee, and therefore you benefit from that interest.

We broke 1,000 spectators for a game against Sioux Falls, and we’re above 600 on average. There’s a lot of entertainment options. Being in that competitive set, we are in a really good spot.

Last year we were way out in the suburbs so attendance was tough, but this year being back in the city has really been a good thing. It feels like we’re moving forward and the momentum is addictive. When you get 600-1,000 people into stands that maybe can fit 1,500, it gets really loud and feels like it’s an event. This really matters because I see some of these teams in huge stadiums and you could have people spread out to the point where the atmosphere really dies. We needed to get back after the construction, so long may we stay.

Our ownership is a 501c3 non-profit — there’s no owner from an equity perspective. We didn’t want anyone to have a stake and feel like they could sell it. So there is a board, and you can become a member, which comes with a season ticket and a scarf. We vote on the board every year and people have staggered two-year terms. In the board we meet monthly and have strategic vision meetings. This keeps us grounded and focused on the mission. We’re in this great place where we are sustainable, just about breaking even every year as we have been growing our total budget. We can 100 percent run with the board oversight, and everyone is a volunteer — even our coaches. It’s very much an acclimative decision-making process. Some of the operational stuff we just do, and the board takes the ownership role to make sure we make good decisions. 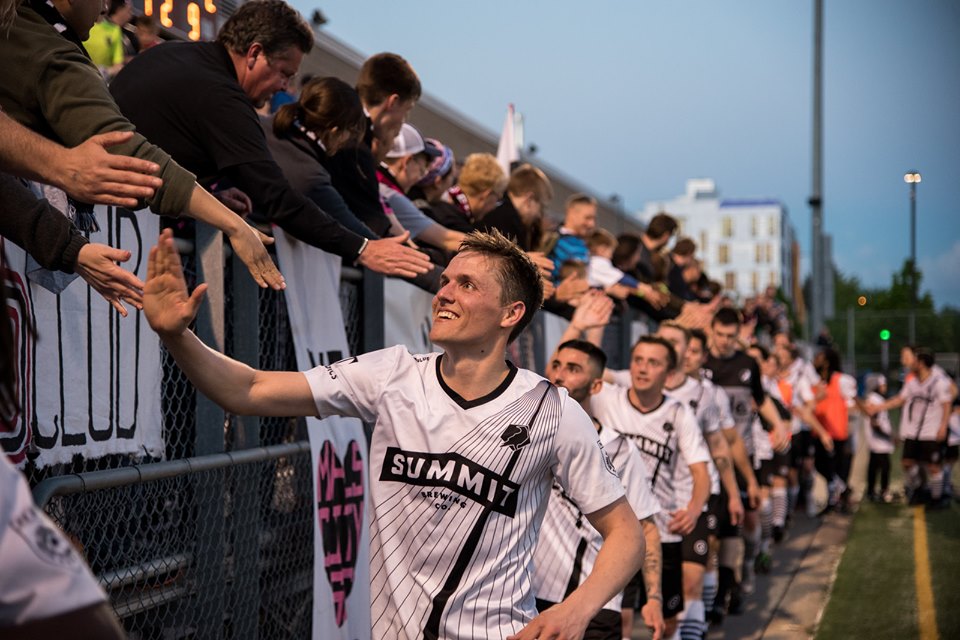 Getting the community involved in ownership in a sustainable way that fosters growth every year is definitely admirable. Is there anything else that everyone should know about MPLS City SC?

We call ourselves a DIY club. When we started we wanted to prove that a bunch of regular people could come together, without a rich benefactor or someone with all these political connections in the soccer world, and create something competitive within itself. I’m proud we did that. We built this thing for hundreds of people to watch with volunteers that gets local competitive players. Everyone is from the city, and we were the highest scoring team in the league last season. We decided we weren’t going to go find the player we needed from Brazil, but instead we focus on what we have here in the city. I hope more teams and people band together to do something like this. It has been super fun and it has introduced me to so many amazing people, so you get this feeling that it gets you into the city.

Images via MPLS City SC. Learn more about the Crows via their official website. 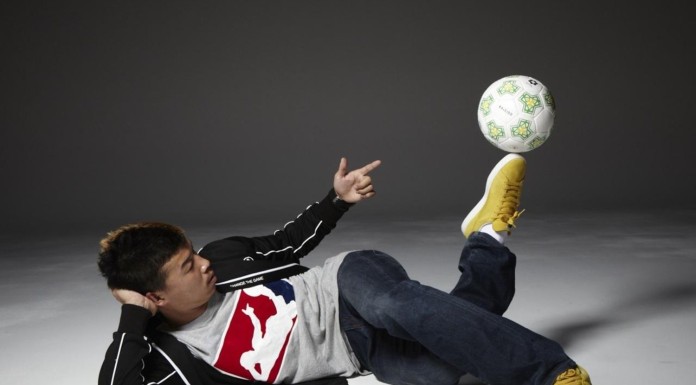