Highlighting the diehard women behind Boca Juniors through stunning portrait photography, the Bomboneras book and social media accounts are everything we love about the beautiful game. We get a closer look at the series through the man responsible for it, Pancho Monti.

“The club is the only identity card fans believe in. In many cases, the shirt, the anthem, and the flag embody deeply felt traditions that may find expression on the playing field, but spring from the depths of a community’s history.” – Eduardo Galeano

Sometimes you don’t need to visit a place in order to understand how it beats and pulses. In the world of football, this is evident through Club Atlético Boca Júniors, which genuinely displays the lore of the Argentine game.

I always wondered about starting up a business for football fans that could change the color of their blood. It would surely thrive amongst Boca fans. After all, Maradona himself said, “My heart is blue, and my blood gold.” 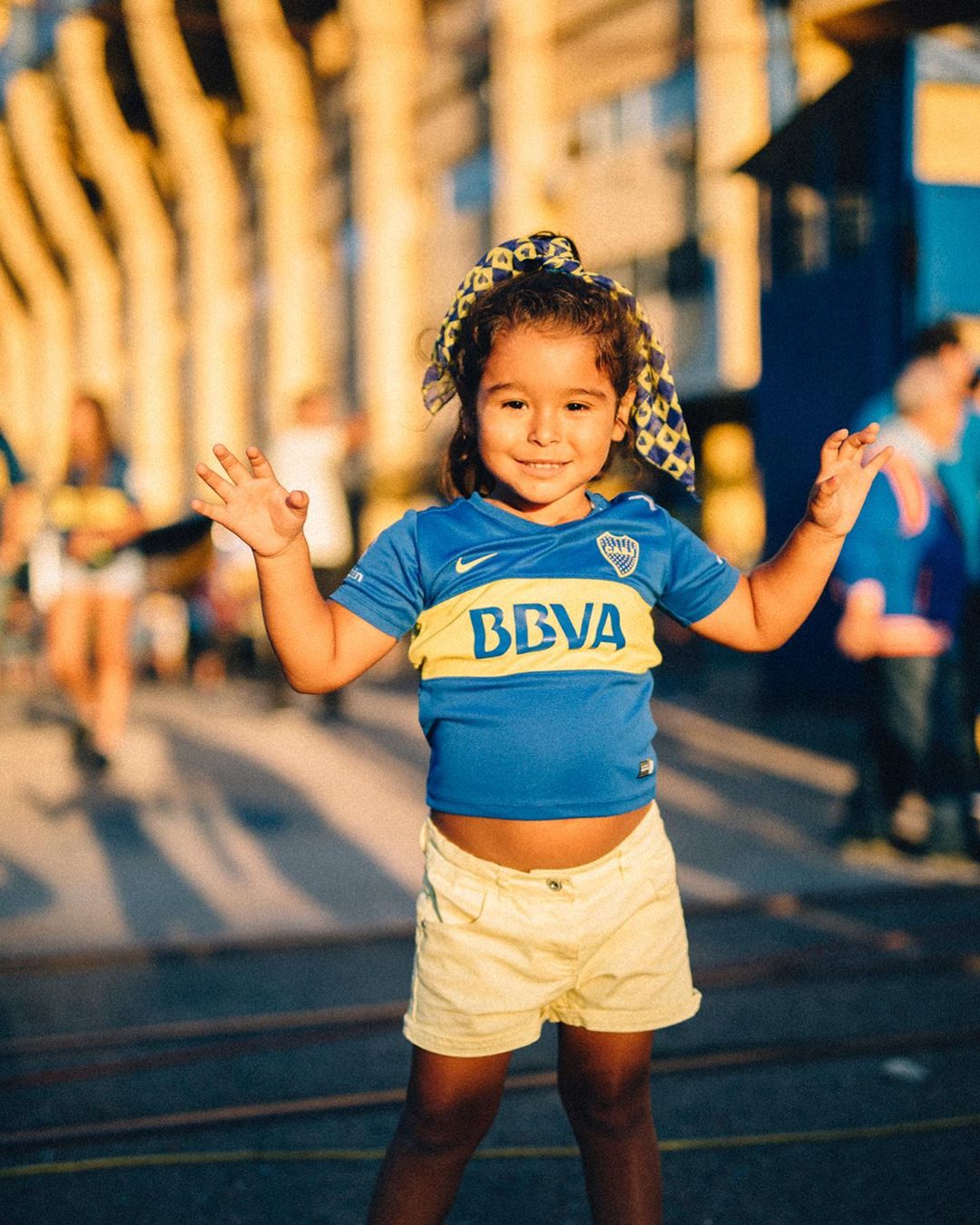 Fiery passion and vibrant colors — that’s how we see Boca fans. But why do we think of only men when the majestic Bombonera is full of women too? Pancho Monti realized that we are missing the female vision at the stadium, especially in Argentina. This birthed his Bomboneras project, which was created in the same place as the club he so loves — the streets of the La Boca neighborhood and the stands of La Bombonera.

Through the lens of his camera, Monti put a spotlight on xeneize women in a visually compelling and unique way. As the colors of the club unite all fans, Monti thought an old Boca shirt from his childhood could be the uniform to frame female fans from different generations. The jersey didn’t always fit perfectly, but it gave each stunning portrait its own flair. Monti compiled all of the photos from the years of shooting and published the Bomboneras book in 2018. We sat down with him to discuss his vision, passion, and the one-of-a-kind culture surrounding Boca Juniors. 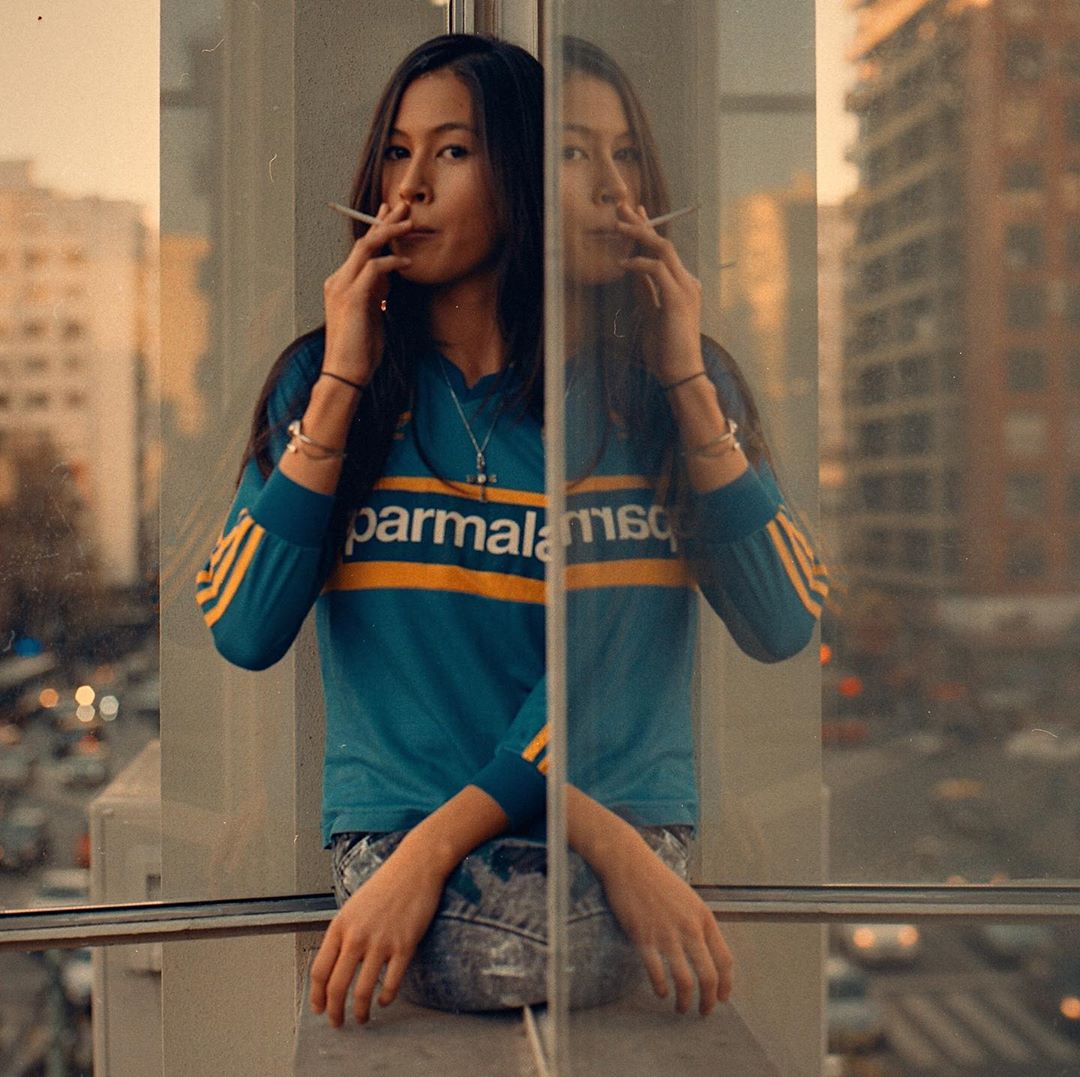 Urban Pitch: How did Bomboneras begin, and was there anything in particular that drove you to starting this project?

Pancho Monti: I had a very well conserved adidas home jersey from the 1992 season from when I was a child. There are plenty of memories with it. In a simply a nostalgic reflection, I thought that shirt needed to be brought back to life but differently, with something cultural behind it.

And there’s this stereotype of the male fan, a fanatic always cheering for the team, which is good, but it is not complete. So I realized that the shirt could represent all Boca women, all kinds of ages, mood, and styles.

It was something internal and personal. I just needed to take that jersey out and give the voice to the girls. It was a reality that hadn’t been explained, in the sense that it was a bit hidden. I started shooting in 2014, and the project took me four years to publish the book in 2018. 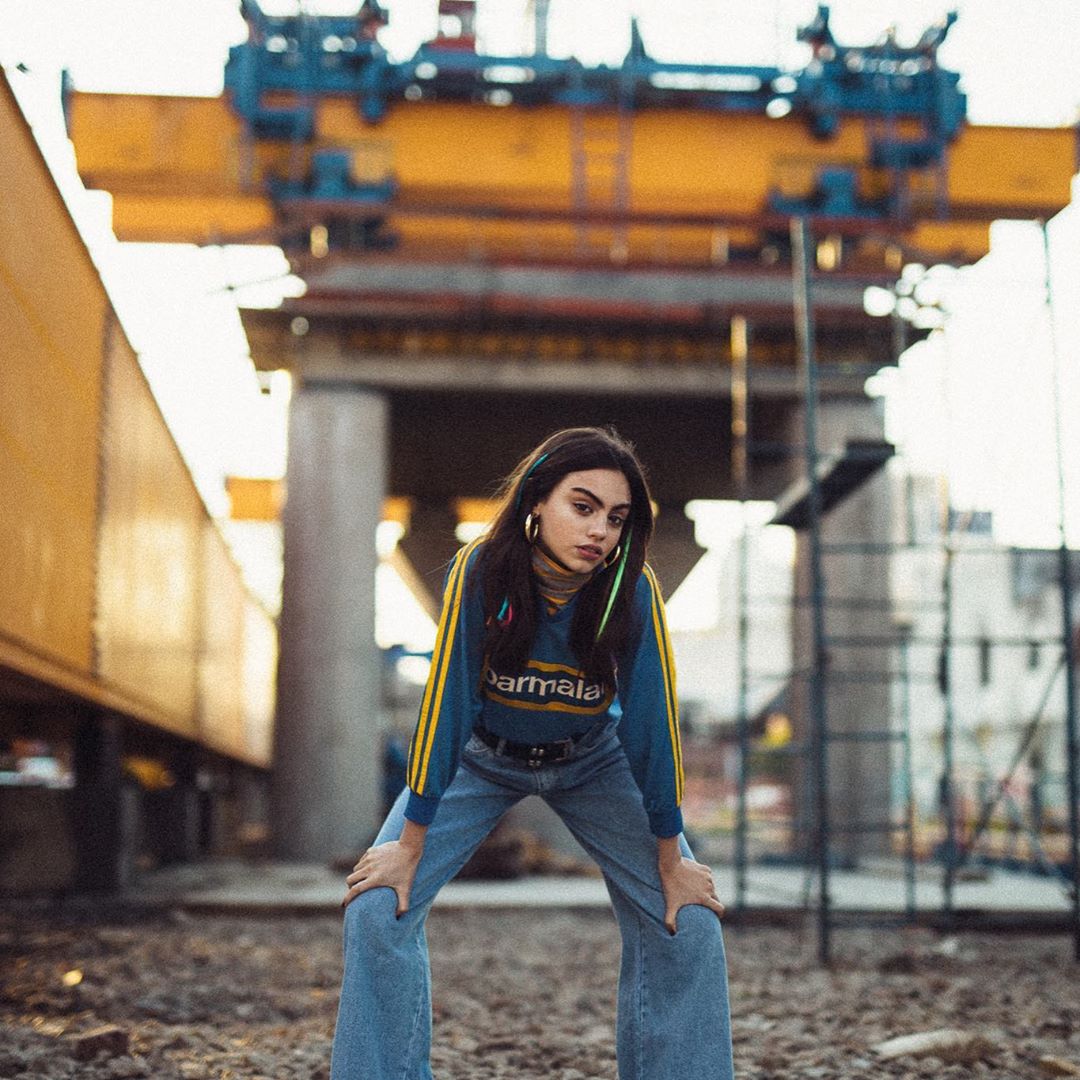 The majority of the photos have a distinct urban feel to them. What gives Boca Juniors that connection to the streets and its surrounding neighborhoods?

The club is characterized by the identity belonging to the quarter of La Boca, a genuinely working class area. We are talking about one of the biggest clubs in the world with an enormous and massive fanbase. That context forges the people’s character, and the streets of La Boca shape our personality.

I took the majority of the pictures on the streets of Buenos Aires. The urban spirit is implicit in the collection, and this is how I wanted to recreate that character and atmosphere. Here we elevate the concepts of “street” and “carnival” as part of our DNA so we couldn’t take the pictures in a studio.

What is the process you follow from when you grab the camera until you take the picture?

I plan most of the photos in advance. I choose the stage that best illustrates the message and the model selected. First of all, I need to introduce the project and secondly, I need their permission. Then, the model wears the adidas jersey and that’s all.

However, I give continuity to the project by taking more pictures but with a different frame. I go to the stadium with the camera and with different jerseys — all vintage of course. I need to be on alert, looking around for new models who could express something interesting from my point of view. 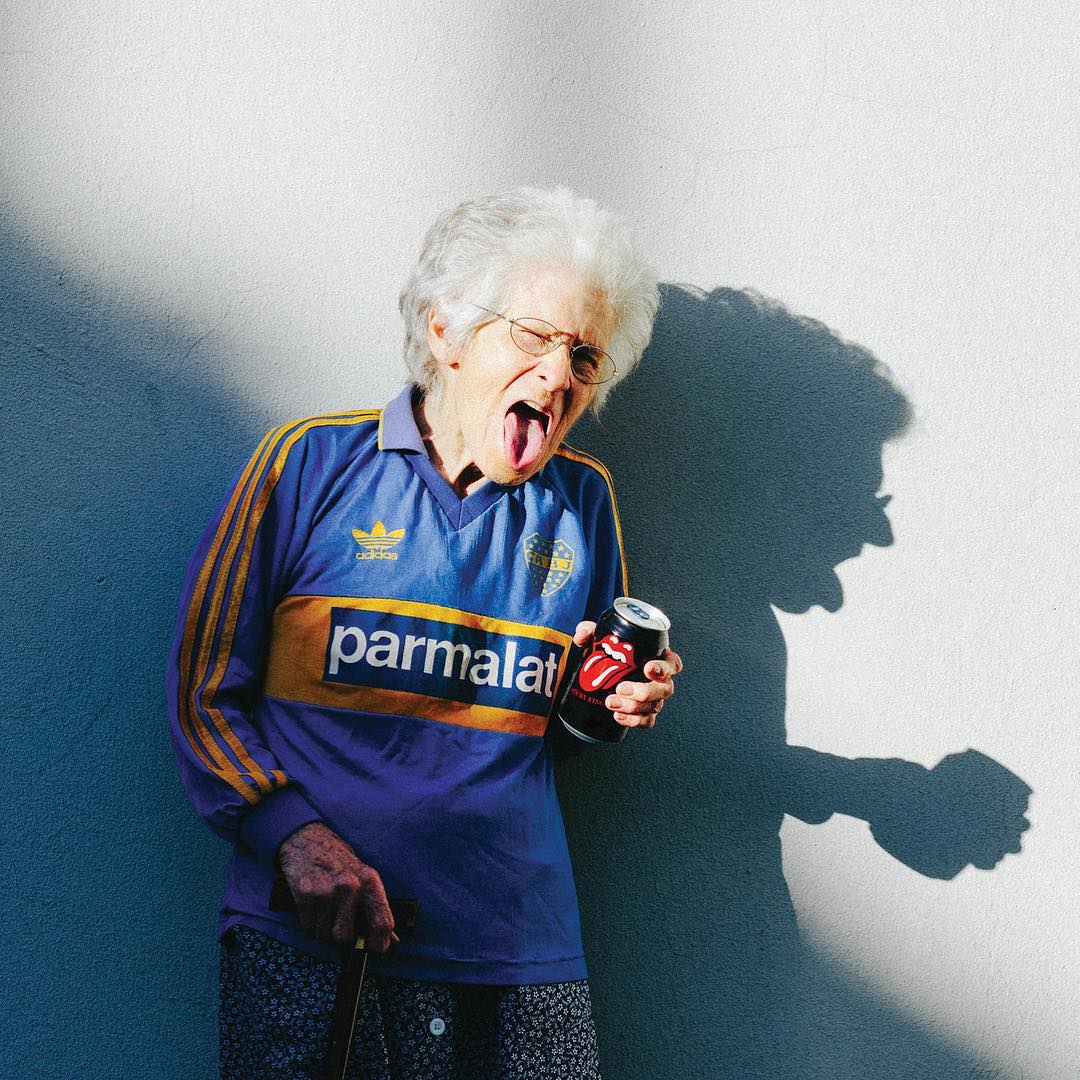 Tell me about the rock ‘n’ roll woman who became the most famous photo of your book.

Oh, definitely it is the best photo I have taken, the one I like the most, and the most notorious one on social networks. Lilita unfortunately passed away some months ago. She was a hardcore Boca fan, surely. Her attitude is special — holding a Coke with the Stones’ tongue in one hand the other holding up her cane. The photo unites football, rebel spirit, wisdom, and rock ‘n’ roll. She was 92 when she was sticking out her tongue for the photo. It doesn’t matter how old you can be, it is about your attitude.

There seems to be a musical quality in the photos as well, and music is a significant part of Argentina’s culture. What would you say is the most typical and popular music style in La Boca?

Cumbia, without any doubt. The origin of cumbia in Argentina comes from the popular classes. Especially the one more representative nowadays in Argentina, the sub-genre cumbia villera. It became popular back in 2001 when the country suffered one of the biggest economic crises ever. Suddenly, a lot of bands emerged from the marginal areas and have become iconic in the Argentinian music panorama. 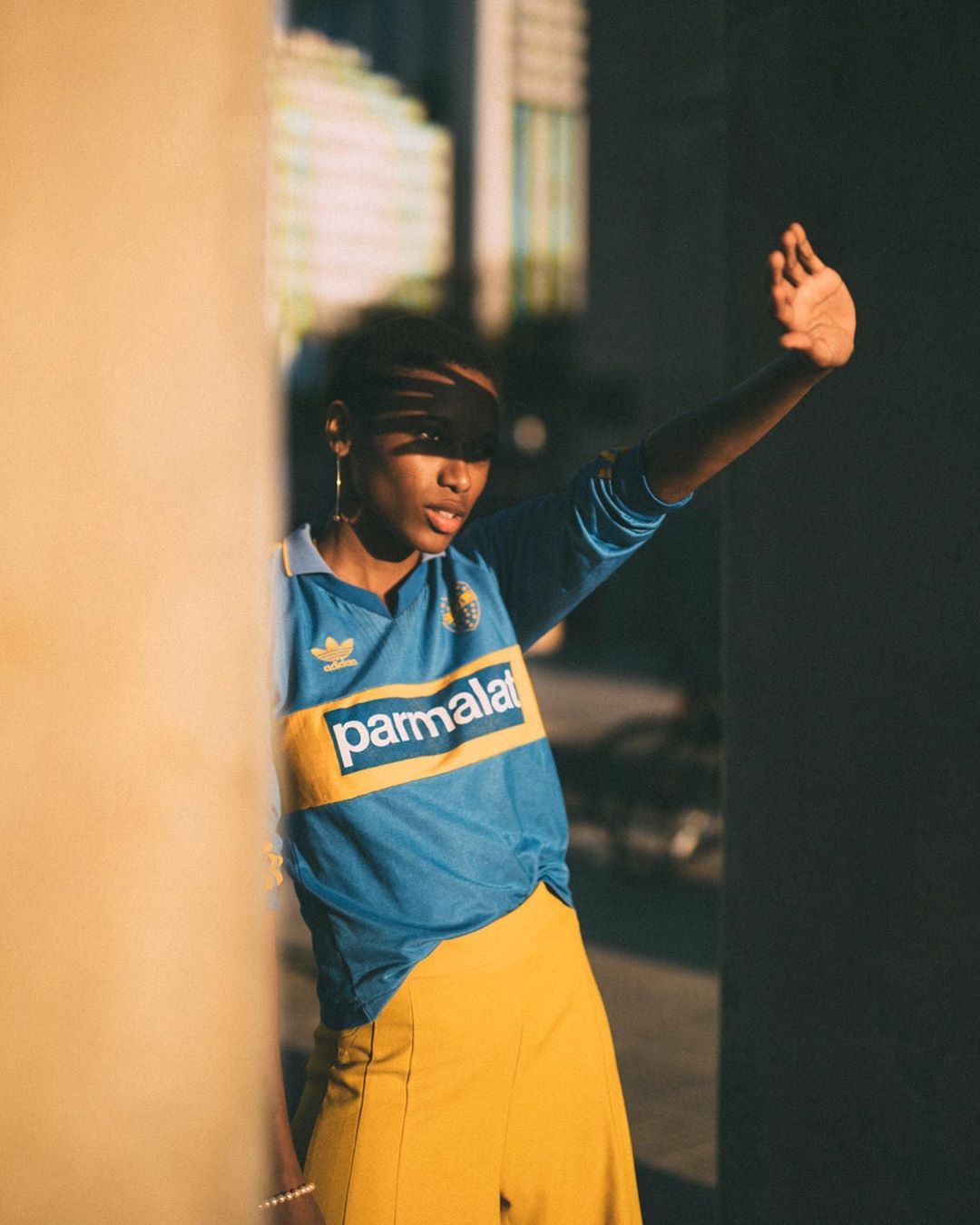 So Bomboneras would feel represented by cumbia?

One hundred percent. At the stadium, a lot of songs sang by the fans are versions from the most popular songs of cumbia villera. The lyrics are so distinctive and can be rooted in Argentinian society in terms of music, of course. Sure enough, cumbia represents La Bombonera.

How do you see the current situation of women in the stadiums of Argentina?

I think the situation is excellent. The stadium is full of women. Groups of female fans from different ages meet and go to the game, and it is entirely safe. Besides, women’s football is increasing and getting more professionalized and becoming very popular. The clubs are starting to give importance to the women’s team in terms of communication, especially in Boca Juniors.

It is crazy how we live and suffer through football. Every weekend, we live and love Boca. It is in our blood. 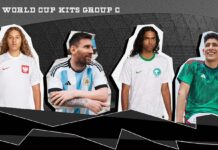 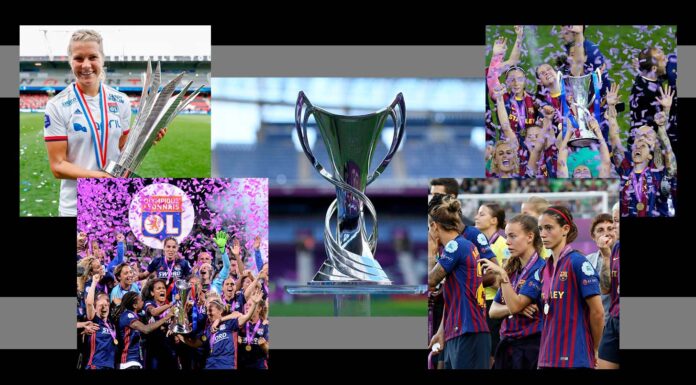 Runaway Clothing Has Arrived On the Scene At the Perfect Time