Icarus hosted its second annual Icarus Cup last weekend, so it’s only right that we took a look at the five best kits worn at the tournament.

Building on the success of last year’s inaugural tournament, the 2022 Icarus Cup saw over 700 amateur players make their ways to the City of Brotherly Love to compete for glory. Over 173 matches were played over two days, with teams both local and from cities as far away as Boston, Chicago, and Seattle participating.

You might be thinking to yourself, “Why are we talking about an amateur tournament? Those are a dime a dozen, right?” Not this one.

Over the past few years, Icarus has made a name for itself through its unique kit designs for teams both real and fictional. (We even got our own Icarus design back in 2020.)

The brand prides itself on originality, and you’ll find nary a bland design throughout its catalog. So when Icarus put together a tournament of this size, you already know that the expectations for the kits were particularly lofty — and they didn’t disappoint. With six total divisions in the tournament, there was a high volume of kits needed, but Icarus had that covered.

They created eight different original designs in 10 colorways each for the teams to choose from. Being the kit connoisseurs that we are, let’s take a look at the best. 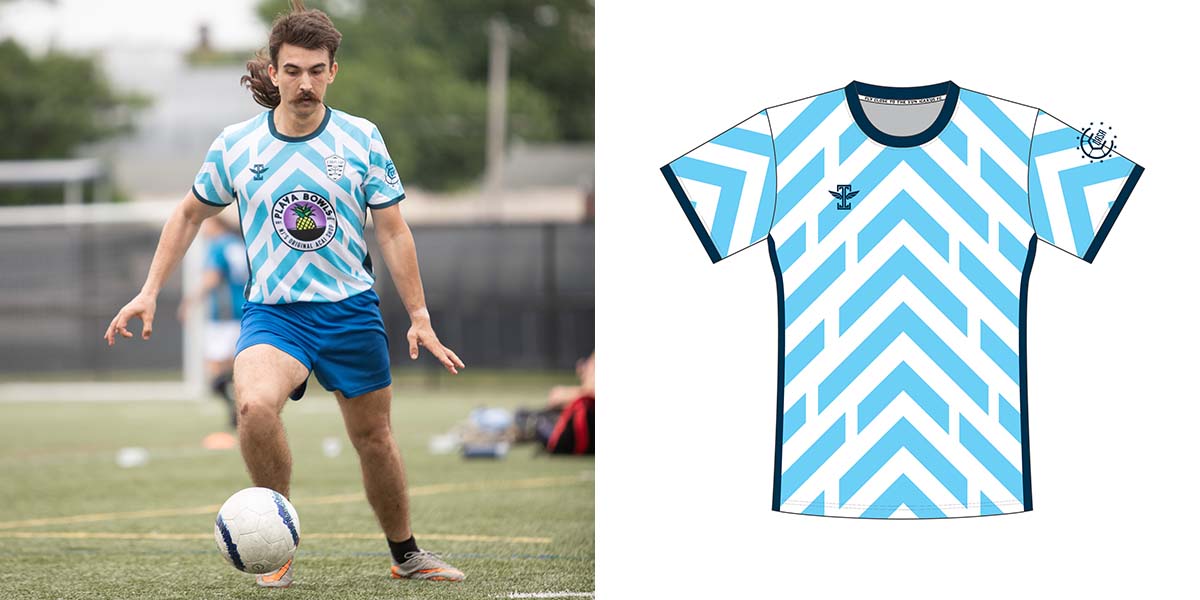 Inspired by perhaps the most recognizable building in the Philadelphia skyline, the aptly-named “Liberty” design takes its chevron cues from One Liberty Place in the heart of downtown Philly. Out of all the colorway options, the best of the lot has to be the Argentina-inspired one. Powder blue never looks bad on a kit. 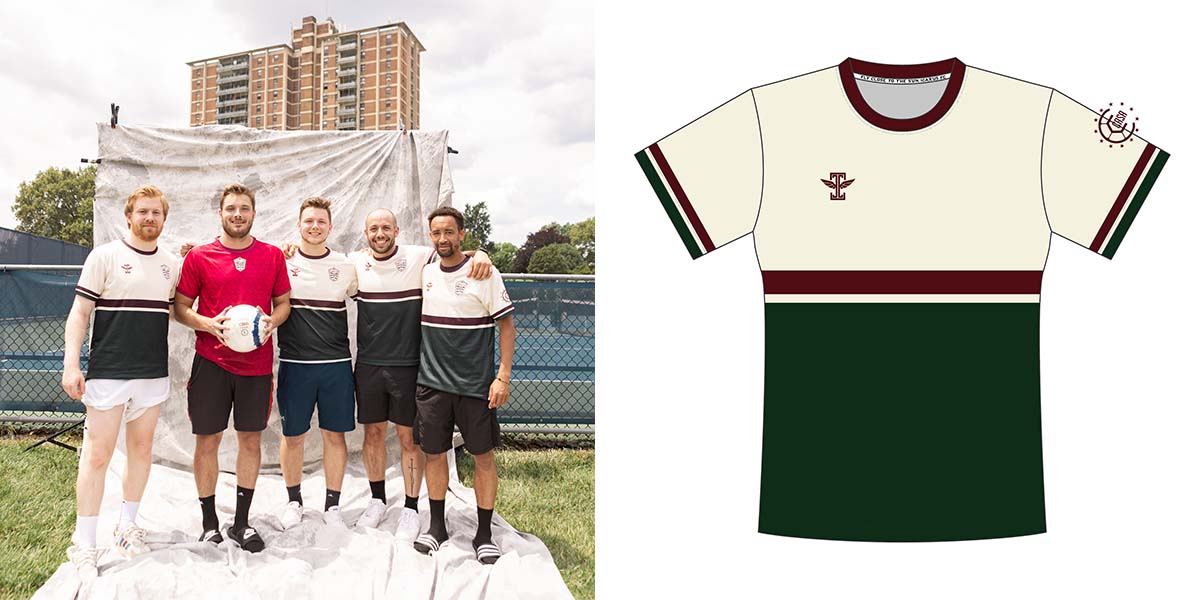 Once upon a time, the SEPTA trolley car dominated the streets of Philadelphia. The “SEPTA” kit pays homage to the trolleys’ iconic retro design, so it’s only fitting that the best colorway matches perhaps the most iconic trolley color. 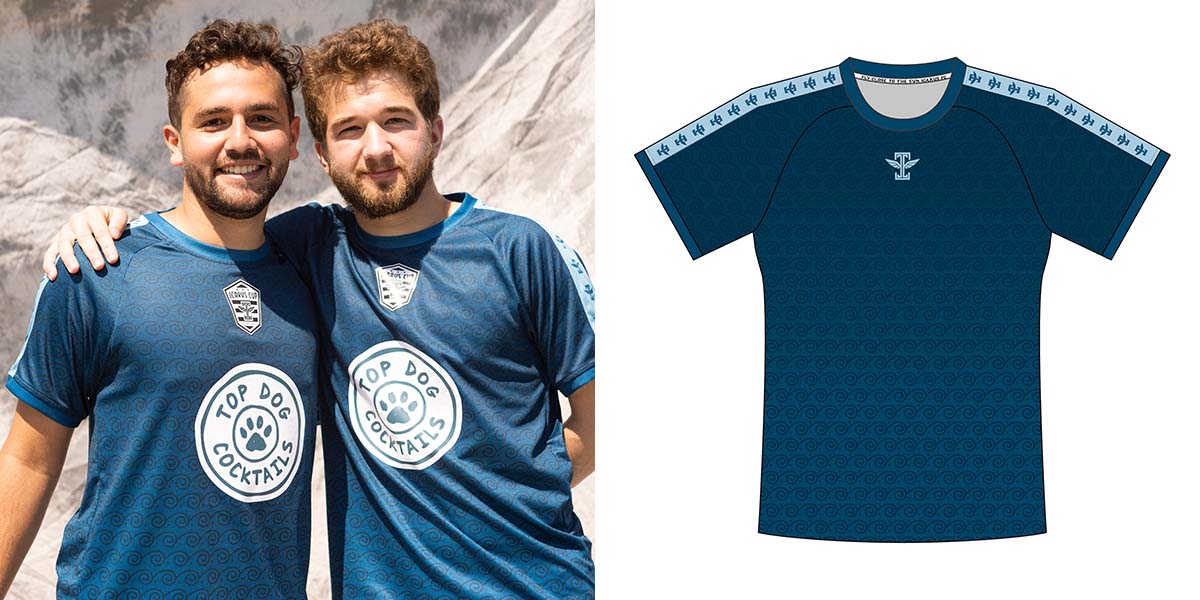 An ode to the river that runs through Philadelphia, this might be the best overall design out of the lot (spoiler: it’s the only one on this list twice). A centered crest, wavy overall pattern, and subtle gradient makes for an elite pairing, and it looks particularly good in this water (or should we say wooder) blue colorway. 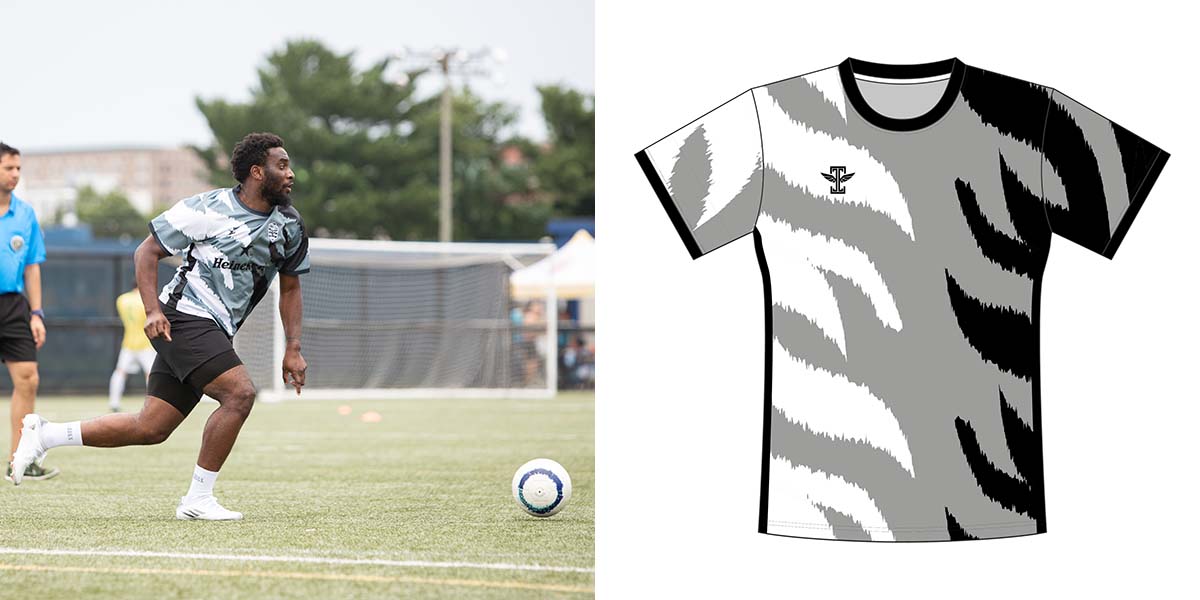 It’s the Year of the Tiger, and Icarus needed to include something to honor that in their list of designs. The brand is obviously fans of Hull City’s controversial home kit from the 1992-93 season, but this is a bit more of a palatable take on tiger stripes. A handful of colorways looked fantastic in this pattern, but none were better than the simple-yet-striking black, grey, and white getup. 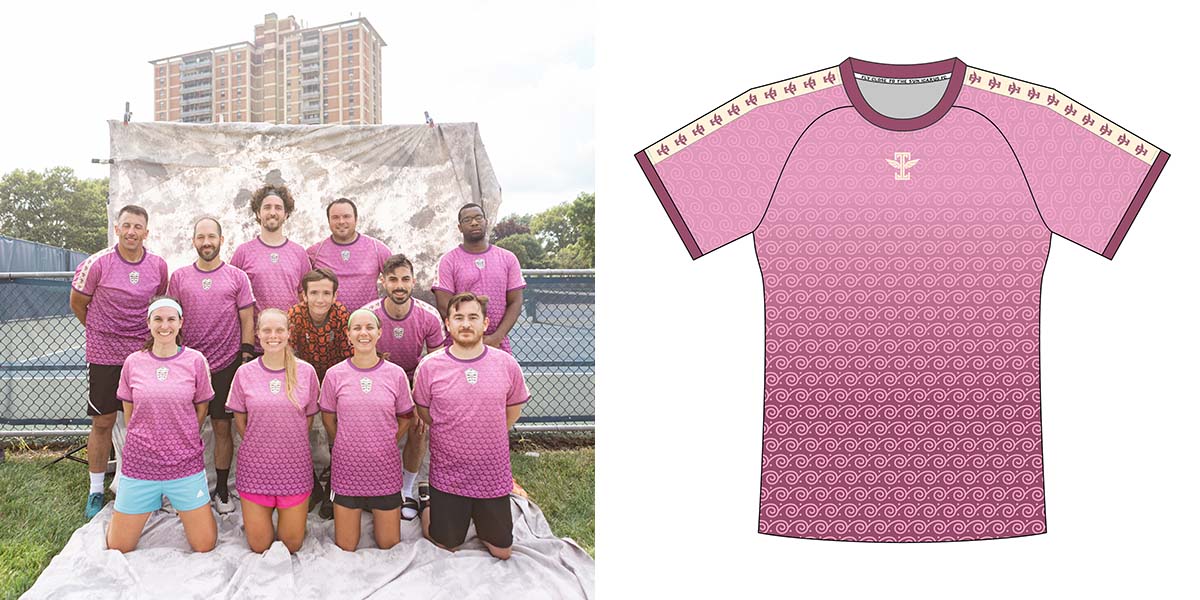 We might’ve spoiled the suspense of which design was taking the No. 1 spot, but that doesn’t make the pink Schuylkill kit any less beautiful. Despite the widespread appeal of pink football shirts, especially amongst hipsters, they are often hard to execute properly. Icarus hit the mark perfectly here on what is clearly the kit of the tournament. 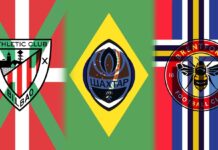 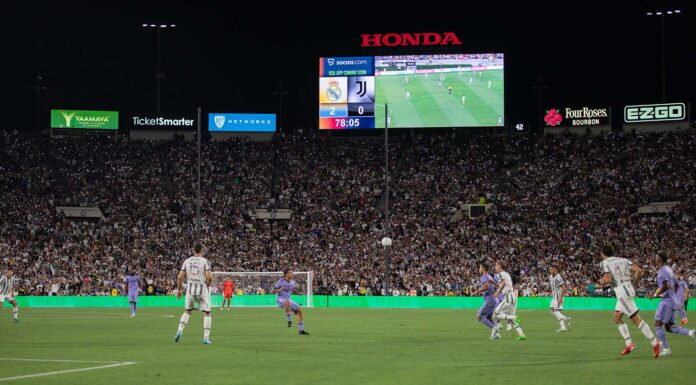