Imagine growing up in a neighborhood amongst aged, towering apartments, walkways with broken concrete, where grass is in short order and every day is a challenge of personal will and strength. If you grew up in Moscow, this was likely the world you knew, a reality that forces you to be tough and smart, and a world where there is no lack of love for the greatest sport on earth.

In such urban areas, kids meet on the street and play ball from day to night in what has long been the roots of football—that game played on asphalt with makeshift balls and goals and undrawn lines. Enter Ivan Saprykin (Иван Сапрыкин), the founder of Street Madness Russia, a crew leading the charge in a new wave of street-inspired football in the very heart of the country.

As the poster boys for Adidas’ latest urban-inspired campaign, the group has in fact long been building a vibrant community of panna players, short-sided specialists, and skilled ballers. “We started doing this because we liked it. We weren’t making money and professionally playing freestyle or street football, we were just doing what we loved,” said Saprykin, who is known as Bizex on the street. “Now we have a big team, big sponsors, and put out big tournaments. People see where we are today and think that we had a big business plan. They believed we had everything planned years ahead, but no, it was more intuitive.”

Bizex was born and raised in Moscow, and along with a group of close friends—Jean-Pier Papen (Жан-Пьер-Папен), Miasnik (мясник), WelrD, Walter Melon, and Sketch—formed the revolutionary street football group. While the group has since changed members, they now act as cultural influencers, have been featured in numerous commercials, and help run the The Base Moscow, Adidas’ street and urban football facility.

In the beginning, Bizex and his friends grew up playing on the street. When Joga Bonita adverts introduced the world to a dramatic change in the game in 2006, Bizex began freestyling and organizing street pickup games. The meet-ups grew in popularity, but over time, people would disappear for newfound jobs or head off to college. But Bizex stayed and pursued his passion with even more fervor.

Random passersby would see his crew playing and be intrigued by their moves. After some time, the group realized other people wanted to learn as well, so they decided to open a school. “Before it used to be six players, four backpacks, and that was how we played … Today, we want for street football to help not only the people and kids to have a pastime activity, we also want to help full-field football as well, since we have big problems with it in Russia.”

The guys have become something like pioneers in their country, ushering in a new boom of street-flavored football. In 2010, Bizex launched the PannaPro tournament, a 1v1 competition. Then in 2016, Adidas introduced The Base Moscow and revolved their marketing around the Street Madness team. The crew has now worked with the likes of G-Shock, Red Bull, Nike, and Coca-Cola.

“We want people to increase their skill, their tricks, and overall playing level. We have big ambitions to influence football in Russia, but we also hope to take street football and change the game into something more interesting and cultured. We want it to be fun and cool,” Bizex said.

“They recently reopened The Base Moscow with new repairs and improvements. It has grown so much that it’s impossible to even play! You get stuck in line and wait for a long time. We had 1,500 people show up for the opening. You could not even move through the crowd,” he said.

Adidas has opened versions of The Base in key cities around the world, offering multiple types of courts for panna play, futsal, and short-sided games, and at the center of the Russian facility is the Street Madness team.

The members of Street Madness now live in either Moscow or St. Petersburg. Papen and Taracenko (also known as Solarjoy) have both been instrumental in managing the team and events along with Bizex, who is the de facto leader. Today’s group is a mixture of talent, with mostly street ballers but some impressive freestylers as well, like Aksel. We spoke with Bizex to get insight into the movement and how it’s changing the culture of football nationwide.

Urban Pitch: With the World Cup in Russia just around the corner, how will this affect your team?

Bizex: This does not only give us, but also the country, a bigger perspective and view of football. There are constant offers that go through us, like new schools and academies. Some people see this as a way to improve the sport, while others see this as potential business investment. For us, we will be trying our best to improve street football. Adidas is making big moves into street football and investing in clothing and courts. They will be using us as athletes, our team in competition, and our tournament PannaPro.

Given that you have experience in full-field football, freestyle, and street football, what is your favorite form of the sport?

Actually I professionally practiced football before I practiced freestyle. I have moved away from it and towards street football. I love panna mostly now. I started PannaPro and Edward van Gils became interested in these tournaments. I really love the 3v3 format. There is also a unique form which is 3v3 plus one goalie. The goal is short but very wide and there is a zone that only the goalie can be in. This is an interesting format as well but is very rare to find.

Opening an academy and school for kids was definitely an awesome idea. How many kids do you have currently enrolled?

We have around 30 kids and adults. It often changes as some people come while others go.

Since The Base Moscow attracts all forms of ballers, what is the funniest thing you see when you get full-field players visiting the arena? How do you fix their mindset?

We actually get a lot of players that come in from full-field football and we put them in the cage to play 3v3. These players are used to running with the ball and taking space. They start running at each other full blast and fly into the cage fence—boom! They kill each other with physicality. We tell them that they are great players and are proud of them, but here is a different game. Here, they need to switch their thinking. There happens to be situations in the game where you have to figure out how to get out of pressure by passing. Try and play chess on this court and keep away. Panna is a great way to perfect technique and ball control. Then you start adding players and that’s where you start mixing passing. The more players, the less technique involved. It’s all stepping stones to playing 11 aside.

Tell us a little about who you are and what sparked your interest in the sport.

I have no kids, we are kind of stuck in the world of street football and don’t know if there will be kids or not. I finished school and dropped out of university. I had to pick whether to keep studying, go work, or stick with my favorite hobby. I understood myself, and can’t live my life that way where I sit in an office and do repetitive work every day. I chose to stick with the thing that I loved. It was extremely difficult at first and raised many questions. I didn’t know what was next, how I would make money, and whether there was a future in teaching the game.

I also started getting a lot of pressure from my parents saying that they didn’t like what I was doing and that it wasn’t bringing me money. I continued to do what I love and now maybe earn more than my father, doing what I love. Now people approach me to help with sponsors and business plans, but before we didn’t have that. The flow of money helps the movement. If there is money, there is a movement. If there is no money, there is no movement. We didn’t have money at first and even if we didn’t have it now, we would still continue to play. This is why we push people to follow their love and passion and the rest will follow.

What are your favorite football shoes, foods, and trick?

My favorite shoes are the Adidas Mundial Goal and the Nike Shox Total Magia. I love fruits, vareniki (вареники) (Russian style dumplings), and potatoes with mushrooms. I really, really love mushrooms. Actually, I love Russian cuisine, but also love all types of food. I try and stick with vegetarian food when I can. Food can be a narcotic, but I try and contain myself. After all, we eat to live and don’t live to eat. I love many different forms of the akka. I also love my trick the ‘b-volution.’

Since this street movement is relatively new, how do people view freestyle football and street football in Russia? Do they understand the difference?

Many believe that freestyle is football. An ATW will not help you in the game, but it is definitely a good tool in helping improve your technique. Saying Ronaldhino is a freestyler because he can do an ATW and is not a good player, is in a way, not smart. We are trying to teach people that this helps your touch on the ball and improve your game. People constantly come up to us and ask, “What is street football, it’s the same as freestyle right?” And we have to explain the difference over and over.

The game has allowed you to travel to many places and explore the world. If you could travel anywhere in the world right now, where would it be?

I actually really love nature. This is in the genes of Russian people. I want to travel to somewhere beautiful and warm. I want a place where your soul and body can truly relax.

This article has been edited for length and clarity. Translation by Greg Kaganovsky. 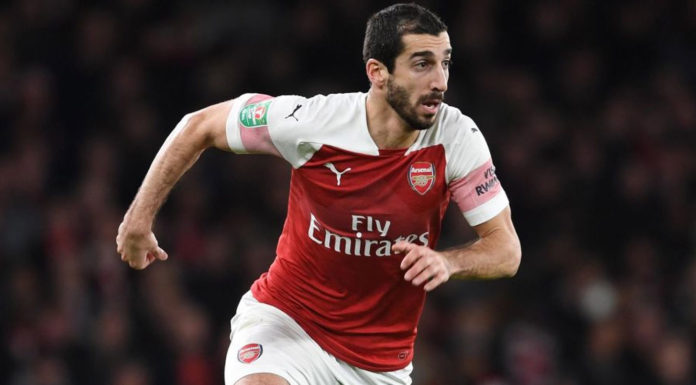 The Boot Roundup: Keep Your Kick Game Fresh With the Hottest Recent and Upcoming Releases