The MLS All-Star Game was recently canceled — but that doesn’t mean that all the fun should go with it. We re-imagine the MLS Skills Challenge to make it both social distance friendly and entertaining.

A staple in North American pro sports is All-Star festivities — a few days of the most talented athletes in their respective sport coming together to put on a show for the fans as well as receive the attention that they deserve.

Unfortunately, the 2020 MLS All-Star festivities were canceled due to the COVID-19 pandemic. Many fans were excited to witness the new format, which pinned the best players from MLS and Liga MX against one another, but we’ll have to wait at least another year for that.

However, all of the fun doesn’t have to be lost. MLS revamped their Skills Challenge last year, and we can still have a similar event that wouldn’t require mass gathering and traveling.

The league can look to formats both old and new for the games, which would occur at the players’ respective training grounds amongst teammates. Liga MX sides would of course be able to participate as well, and to make things competitive, the top performers in each event could win a spot at next year’s MLS Skills Challenge in Los Angeles to determine the ultimate skills champion.

But in order to truly make it a compelling spectacle, the events themselves need a little sprucing up. The NBA put on a HORSE challenge earlier this year, and it was a snoozefest that was more or less instantly forgotten by the masses. It’s great that MLS put more effort into the Skills Challenge, but the current format still leaves a bit more to be wanted. Fortunately, all we need to do is look at the event’s past for some inspiration.

The original iteration of the Skills Challenge, which was retired in 2001, featured games like “Air Soccer” and “Long Distance Kick” that were akin to those played in backyards and streets across the world.

While you could say these events are borderline absurd, it’s better to err on the wild side than the boring one. Creating an exciting yet socially distant and low maintenance event may be a difficult challenge, but these competitions, coupled with competitors who genuinely want to be there, could raise the interest level significantly.

Let’s run through some of the possible challenges that would showcase both leagues’ talent in a compelling way.

The name is enough to pique my interest (and hopefully yours), but wait until you hear how it is played. An original MLS Skills Challenge event, Goalie Wars’ playing field consists of two full-sized nets about 20 yards away from each other. In each net is a goalie, and the objective of the game is for them to score on their opponent via a traditional shot from the ground, volley, half-volley, or a throw.

This game is all-energy, all the time. It places a spotlight on the acrobatics of goalkeeping, while also launching high powered shots from close distances. Plus, it could give a hungry backup an opportunity to show his skills. What more could you ask for?

Let’s take it back to the MLS days before 1999, when it was still truly the Wild West. In an attempt to stand out amongst other established soccer leagues around the world, MLS employed a hockey-style penalty kick. The penalty taker would face off one-on-one with the keeper from 35 yards out, and then all madness would break loose.

These penalties were very polarizing amongst fans, with one end wanting a traditional football experience and the other reveling in its absolute chaos. To be clear, we’d want to bring this back just for the Skills Challenge, not actual play.

This event would once again have to take place between teammates. You usually don’t hear about great goalie-attacker pairings, but that is exactly what we would see in this competition.

Many footballers’ first taste of the beautiful game came from the small-sided matches that they played in their respective neighborhoods. Whether it was 5v5, 3v3, or 1v1, just about anyone who’s played the game has experienced a match like this. These games are creative, intense, and the place that many of the best footballers in the world found their elite mentalities.

The most competitive and social distant-friendly option here would be 1v1. Pros are always trying to nutmeg their teammates during water breaks or off-time, so why not up the stakes?

We’d particularly hope for an all-Los Angeles matchup between MLS megastars Chicharito and Vela, which surely would be one for the ages. This game goes back to the streets, where the true football artists come alive. Who would be the best in MLS?

Speaking of streets, our final skills challenge is the freestyle competition. Who has the maddest tekkers in MLS? Is it a Designated Player? Or a young homegrown?

The F2 hosted last year’s MLS Skills Challenge, so the league is no stranger to the freestyle scene, but purists might want a more hardcore freestyler to be involved. The judging panel could be a mix of top U.S. and Mexican freestylers in the spirit of the two North American leagues coming together, or reigning Skills Challenge champ Nani could return to his judging post as he did in last year’s Red Bull Street Style World Finals. He’d certainly be familiar with the WFFA judging system.

As with any league that has an All-Star weekend, the goal is to bring additional attention to the league. Sometimes, it gets a bit stale after a while. Even the NBA’s Dunk Contest and MLB’s Home Run Derby needed some revamping — no league is immune.

We don’t expect MLS to implement every game we suggested, but they do need to find a way to get the players and fans more interested. Games that are a bit more competitive and different might be the way to create a bigger buzz.

MLS is unlike any other football league in the world, and it needs to continue with this narrative. No other league has as many teams, an All-Star game, or such a confusing salary system. The Skills Challenge should be no different. It should be a spectacle of the grandest proportions, and the fans should accept nothing less. 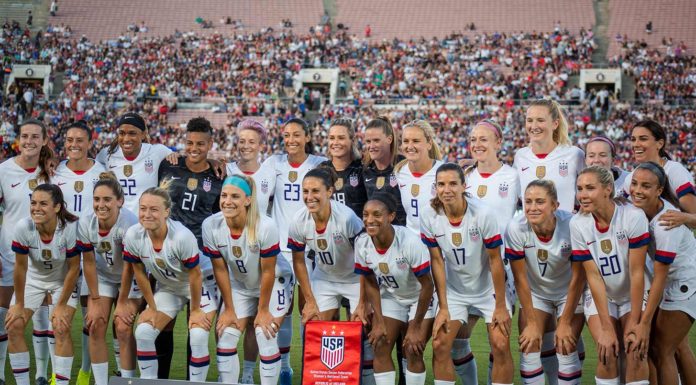