After an up-and-down stretch of mostly disappointing seasons since they won the Supporters’ Shield in 2019, LAFC looks to have returned to their dominant ways in 2022. The club has adopted a trophy-or-bust mentality for this season, and is looking to turn the corner and join the elite franchises of MLS. Whether knowingly or not, LAFC has experienced a similar arc over their first five seasons to that of another top club in the league — the Seattle Sounders.

As we approach the final stretch of the MLS season, something feels a little different this year. It’s not the rising intensity that comes with the impending playoffs, that’s normal. What’s truly different about the 2022 campaign is — for the first time since they joined MLS, my beloved Sounders might not make the playoffs.

This streak of course had to end at some point (and of course it would be the same year we win the CONCACAF Champions League), but there is something else in the back of my mind that I just can’t shake.

I felt it before in 2014, when the Sounders and LA Galaxy were heading towards a winner-takes-the-Supporters’-Shield final match of the season. The Sounders’ first double (we won the US Open Cup as well) was that year, and it’s when we turned the corner as a franchise. We went from one of the top teams in the league, to the top team in the league.

I felt it again watching Atlanta United in 2018: Tata Martino and Miguel Almiron were on another level, although they didn’t stay at the top as long as everyone thought.

I think we’re going to see it once more with LAFC this fall.

Their recent 4-1 loss to Austin is schadenfreude for probably the entire league, but in reality, it’s the final experience LAFC needed. This is different than a 2-1 loss at home in the playoffs to the Sounders, or even an El Trafico loss at home. This was supposed to be LAFC wining the Supporters’ Shield (emotionally, not mathematically) on national TV against the next-best team away from home. It turned into their biggest embarrassment of the season, and now it’s fuel for the rest of the year and quite frankly as long as Steve Cherundolo is manager. I’ll bet he’ll bring this up repeatedly during the playoffs and beyond. It’s these moments that teams need, so that the next time they’re in a similar situation they know what to do.

The correlations between this LAFC team and past greats is deeper than simply talent — it’s career experience. Right when the Sounders were turning the corner, it was with Gonzalo Pineda and Gustav Svensson, crafty vets who had been around the block. Both actually played their ways back into their national teams (Mexico and Sweden, respectively) while on the Sounders. Chad Marshall was a career MLS-er, similar to a Ryan Hollingshead, and the Black and Gold also have Illie Sanchez, who is nearing 175 MLS appearances. It’s no coincidence either that LAFC has a dependable goalkeeper who made his name in MLS in Maxime Crepeau as well.

This isn’t coming from an “MLS is superior” angle or anything like that. But the league is different; and to win the league regularly you have to embrace that.

The most important part though, is that LAFC has become a soccer club that can develop and coach players up. They’ll always have a big budget for their three Designated Players, and it is easier to recruit with LA as a home base. But when you buy an unknown player like Kwadwo Opoku who turns into a dependable young staple a la Christian Roldan, it makes life easier for your Carlos Velas and Nicolas Lodeiros. Mamadou Fall went from that young kid wearing a sombrero when he scores to going on loan to Villareal in La Liga. Kellyn Acosta had to be the main focal point at Dallas and Colorado, and now he can relax and just ball out with the other leaders in LA. He can step up when needed, but he knows when to play within the system and not do too much.

LAFC is also a few years removed from actually winning anything, as their only club trophy was a Supporters’ Shield in 2019. The Sounders had a similar blip before their streak of MLS Cup finals. Both clubs started strong, the hype faded a little, and they eventually had to find their identity. LAFC is a big budget, high octane, offensively minded team; Seattle is a crafty, tactical, and history-laden organization. Both work and offset the other, and they also represent the two main ways to approach roster building. One has had their moment, and maybe it’s time for the other to take center stage and help usher in a new era. 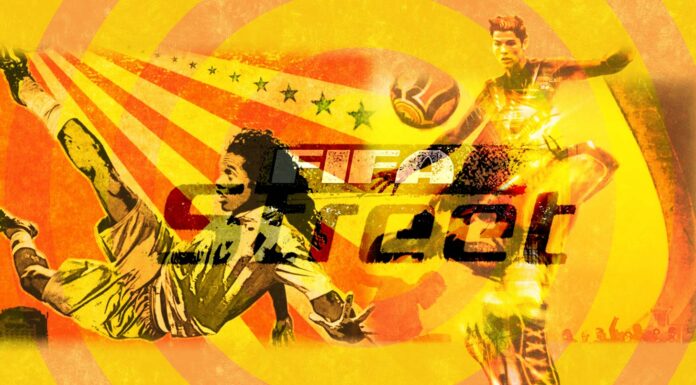