King Otto is a nostalgic, emotional documentary that explores how cultures influence soccer and vice versa.

The film opens without touching on soccer and sets up a second narrative that perfectly supports the improbable Greek EURO 2004 title. We first see Otto Rehhagel alone in an empty Olympic Stadium in Athens, taking in the deserted atmosphere. And then we learn about him, a boy who grew up during World War II and saw his hometown of Essen bombed. He was proud to be German in a time when the world was still reconciling the aftermath of the war.

And Rehhagel’s German heritage was exactly what the Greeks needed — although that was far from apparent at first. The best part about soccer is the blending of cultures from all around the world, but with national teams, this aspect is obviously less prevalent. There is a certain homogeny that comes with fielding an entire squad from the same country, and when the person at the helm hails from an outside land, there can sometimes be a disconnect with the cultural identity present in how the national team plays.

The Greeks have personality — they’re all in or all out. And at first, they were all out with Rehhagel. However, Rehhagel’s ability to accept and understand Greek culture and personality eventually allowed the team to buy into his tactics and approach to training.

Successful biography documentaries are able to tell the story through others, like the players Rehhagel coached or his assistant who happened to be Greek, but was born and raised in Germany. Language comes up a lot in the film — in a post game press conference a question gets asked in English and then is translated to Greek where the assistant coach then translates it to German. Rehhagel gave an answer and it went back down the line of translators.

It’s an easy trap for sports films to get caught up in highlights with emotional music behind it, and the best ones know how to show restraint. King Otto does a good job of mixing broadcast and fan footage together — seeing important goals from the stands or a café in Athens brings the viewer into the moment better than just the polished broadcast alone.

The film has a good pace, and it never hangs around a single game or topic too long. With a film made up of entirely of interviews and archival footage, pacing is crucial. But what it really nailed is the context and setup. Knowing Rehhagel’s childhood experiences gives meaning to the fact that it was a German coach who was the first foreigner to lead a national team to a major tournament victory.

He grew up acutely aware of his culture, yet it was exactly that culture that brought him to Athens in the early 2000s. We also see the team improve even before the EUROs — there was hope and foreshadowing before the tournament began, creating the drama. Remember David Beckham’s iconic free kick to send England to the 2002 World Cup? It was against Greece, and the game actually was a 2-2 tie. The film revisits that game, one that everyone knows, yet presents it in a completely different lens: That was the game the Greeks turned the corner with their coach. 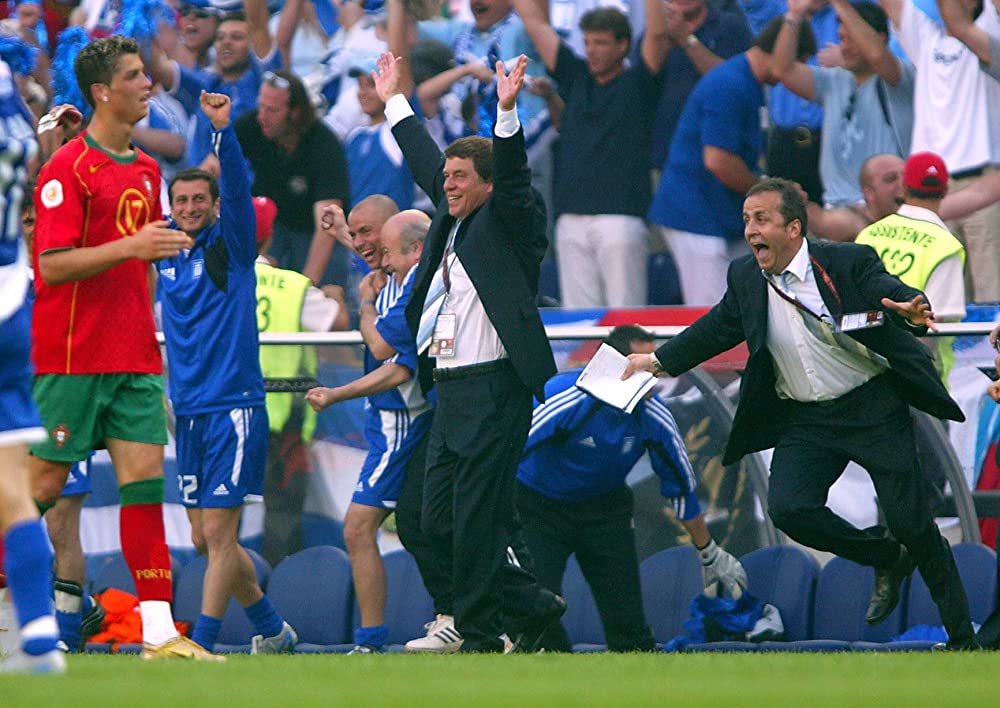 All in all, King Otto is a great addition to the soccer documentary landscape. It tells the story of a coach and team that some current fans might not be aware of, and for those of us that do remember it, it’s a nostalgia-ridden film that will bring you back to the summer of ’04. I remember exactly where I was for that final with my friends. We were watching a Greek Tragedy unfold before our eyes, except the Greeks came out on top. This was also the second time in the tournament that they had beaten Portugal, in Portugal. The favorites with Cristiano Ronaldo, Luis Figo, and Deco couldn’t get it done, twice.

After the final we see the victory parade through Athens and it ends in the Olympic theater, packed to the brim in the stands, and you can’t even see the field so many are standing. The same place we opened empty except for Rehhagel, is now the exact opposite at the crowning moment of the film. It shows the change both the coach and the team had to go through to get to this point, and despite the fact that it was a German at the helm, this was a distinctly Greek story. 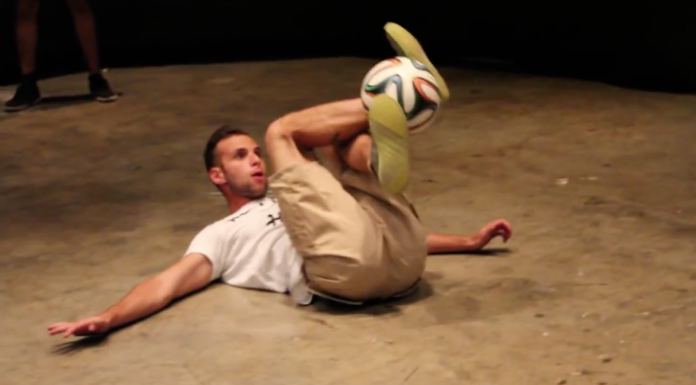