“The Switch” puts the ultimate player to the ultimate test in this Nike ad alongside a bevy of professional footballers making cameo appearances.

Champions League and European Cup winner Cristiano Ronaldo is arguably the most prominent soccer player in the world right now. But he comes from poverty so extreme that he grew up playing football with an empty water bottle, rags rolled up into a ball, or anything else he could find on the streets, which was where he learned the skills that led him to become, depending on the year, one of the top two footballers in the world (or, when Lionel Messi has an off-year, the outright top footballer in the world, as Ronaldo was when he won the Ballon d’Or in 2013 and 2014).

If you saw last year’s Ronaldo documentary, you know that the Portugal captain and Real Madrid midfielder has incredible work ethic. His schedule consists almost entirely of training (and maybe a quick haircut to keep him looking fresh), and no matter how one feels about his character today, you simply cannot deny the sacrifices he has made to achieve his dream of being a professional footballer: Leaving his close-knit family, including his mother, a cook, and father, a gardener, to train with Sporting CP at the tender age of 12; immersing himself in a new country and culture away from his home on the island of Madeira; enduring the solitude and grueling repetition of full-time training camps; and evading the trappings of early fame (at the time he was purchased by Manchester United, Ronaldo was not only the first Portuguese player to join the club, but also the most expensive teenager in English football history with a whopping £12.24 million transfer fee, about 16 million U.S. dollars).

But this remarkable drive is not merely a professional practice, it’s something that many can attest has been part of Ronaldo’s character since he was a child. Growing up, the phenom played on the narrow concrete street in front of his house, dodging cars as he dribbled passed his friends, in pursuit of one unwavering goal: To win.

But what if the greatest player in the world suddenly lost all his skills and had to start over again?

That’s the question posed by “The Switch,” a six-minute documentary produced by Nike and released on YouTube.

In the opening scene, Ronaldo is running full bore toward the goal-line with the ball. He hits an astonishing cross, dropping the ball at the foot of a teammate in the box, leading to a goal for Portugal in an imaginary game against England.

But he’s running so hard that he ends up falling over the stands and bumping heads with a soccer-passionate boy. They then both wake up in each other’s bodies—the boy in Ronaldo’s expansive mansion (with Ronaldo’s killer abs), Ronaldo in the boy’s bedroom, in a rough part of England (with Cristiano Ronaldo posters on the wall).

Things begin rough: the boy, in Ronaldo’s body, crashes a sports car and has a couple of embarrassingly bad moments on the pitch, but somehow works his way up to being one of the world’s top players again.

Meanwhile, Ronaldo, in the boy’s body, goes back to the streets, where the boy’s friends meet up to ball. It’s interesting that Nike showed the beginning of fun, passionate soccer for young ballers on the street. As he began to work hard and pushed himself like he did before, he dominates his street soccer games so extensively he eventually is signed by Manchester City and is called up to play for England … who, soon enough, play Portugal again, where the boy-Ronaldo somehow has managed to stay in the side.

In the end, the two go head-to-head. Literally. They bump heads again during the match and end up back in their own bodies, with the boy-fan still a pro and a key player for England. 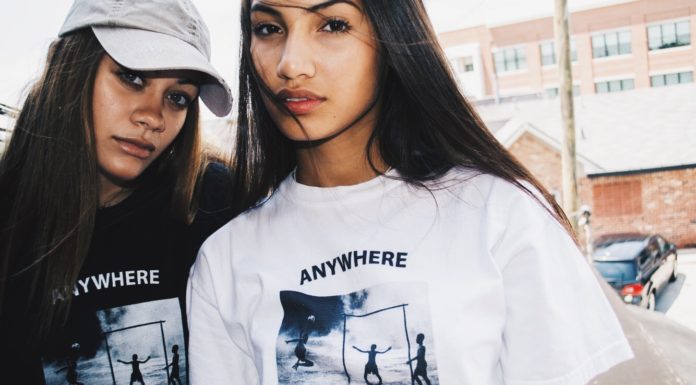