Since 2015, Around the Worlds, Around the World has provided impoverished children with soccer equipment and clinics in an effort to bring positive change to their often difficult lives. Through unwavering selflessness and dedication, Around the Worlds founder Stephen Schirra has developed the organization from a self-funded passion project into a full-fledged charity.

The beautiful game’s power to unite is unlike any other. Its simplicity paired with its universality nullifies any language barriers, and when you’re in between the lines of the pitch — whether they’re real or imagined — any outside problems dissolve.

Stephen Schirra has captured this unifying power through Around the Worlds, Around the World, an organization that has provided at-risk and impoverished children from all over the globe with soccer equipment and instructional programs. Growing up in Connecticut on the East Coast of the United States, Schirra played soccer throughout his childhood as well as in college on the University of Connecticut’s club team. Following his graduation, he intended to play professionally in the Philippines’ top-division PFL.

Being of Filipino descent, he thought it would be a good opportunity to travel the world and immerse himself in his family’s culture while continuing his playing career. However, having been to the Philippines and witnessing some of the hardships children had faced — specifically kids whose orphanage had burned down — he found the goal to be too self-serving, and figured there was a better way to remain involved with the soccer while also affecting more people than just himself.

“For me to go to the Philippines with this idea that I wanted to play professionally — which there’s nothing wrong with — was definitely a self-serving dream,” Schirra said. “I kind of had this idea of what I wanted my entire life to play out into and what kind of impact I wanted to have with the game of soccer. For me to do something like this instead, I would be able to change so many more lives than just my own.” 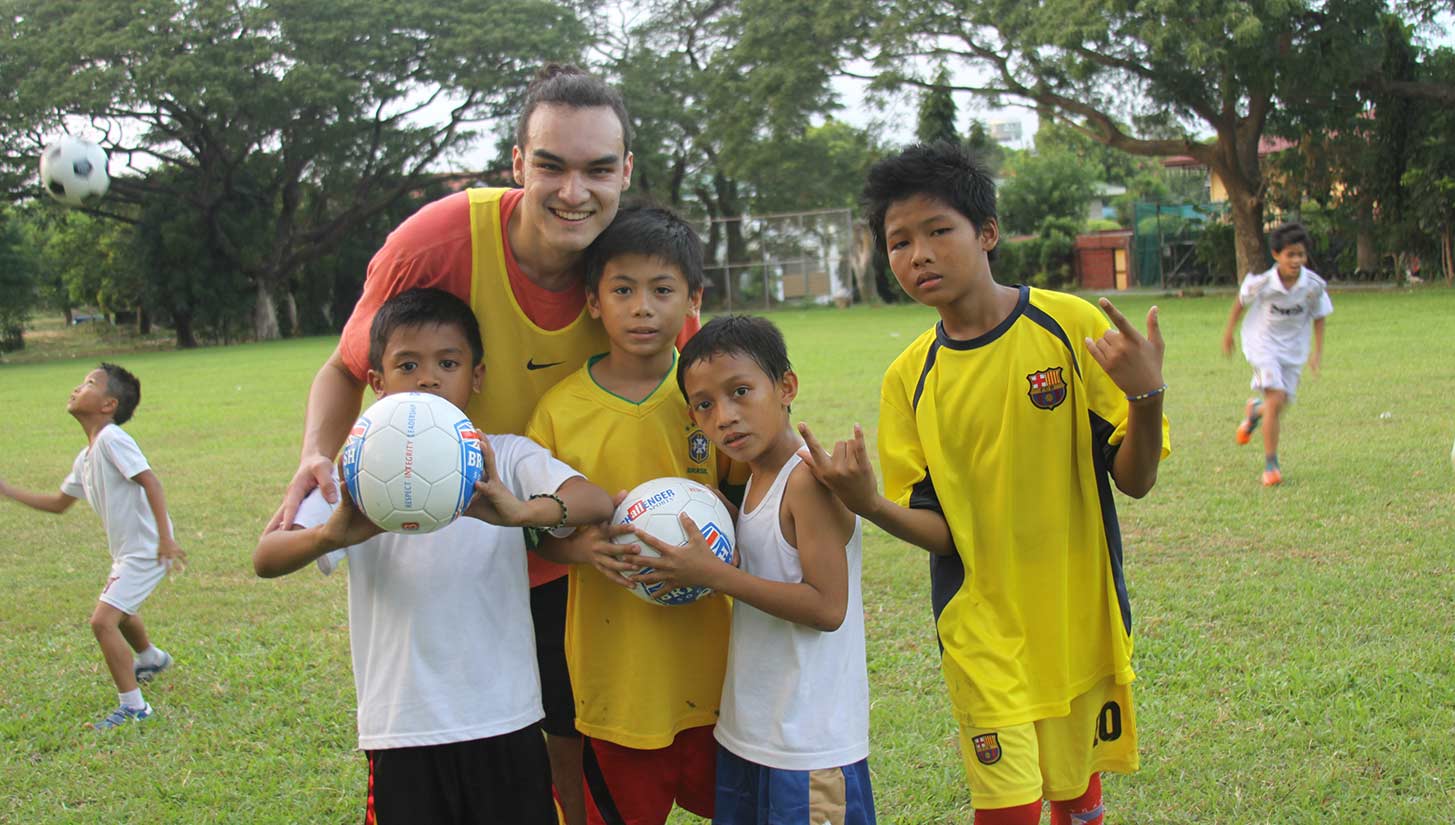 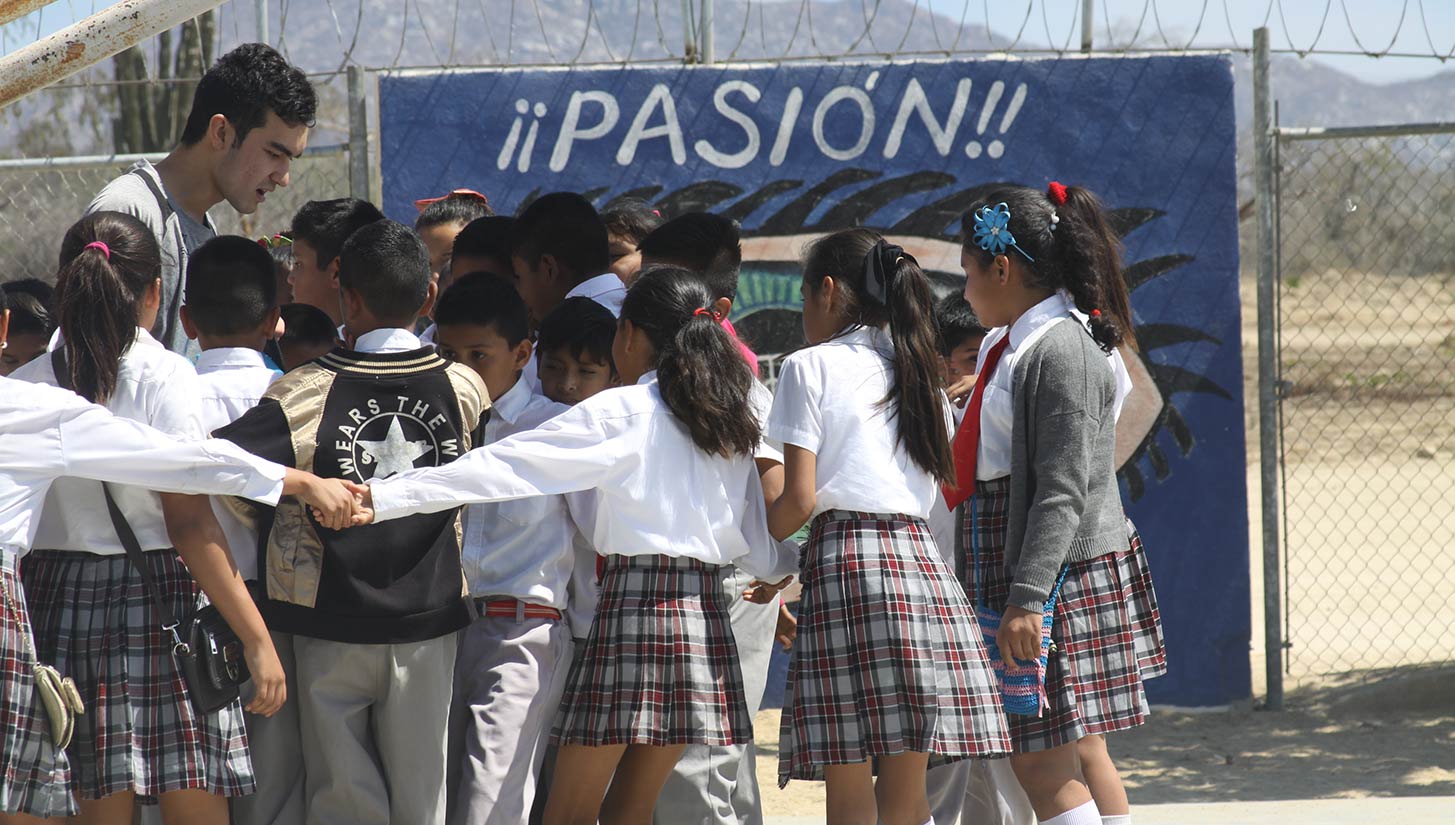 Schirra had a vision of helping others improve their lives with soccer as a vehicle, and took the first step to realizing that goal by traveling to Peru in August of 2015. He wasn’t officially registered as a charity organization, and the trip was completely self-funded. Through cold-calling, he found an orphanage that accepted his offer of equipment donation and instructional programs. He purchased 20 soccer balls, about a $100 value, and ventured to Peru not knowing a lick of Spanish.

“The program in Peru could’ve gone two ways,” Schirra said. “The worst thing that could’ve happened was I would come home and be like, ‘I can’t do this, I’m not strong enough.’ But it actually went better than I could have imagined, which is kind of surprising. It was mainly non-verbal communication since I didn’t speak Spanish at the time, but knowing the game of soccer and how universal it is, we came home excited. Since then, things have grown incredibly.”

In the nearly three years since, Schirra has been to 25 countries in four continents, donating over 1,000 balls to more than 4,000 kids in the process. In addition to balls, Schirra donates jerseys and other equipment, while also running instructional clinics for kids who at times had never played soccer before.

Since the first 20 balls he purchased for the Peru program, Schirra has not had to buy a single ball since. Thanks to local donation drives as well as partnerships with brands like Challenger Sports, Schirra has been able to give back to others without dipping into his own pockets, making for a much more sustainable and ideal way to run his organization.

To this day, Schirra, who runs Around the Worlds with the help of his parents and friend from college, will make cold calls to all types of youth organizations, including those that care for orphans, refugees, victims of child abuse, and children who are HIV-positive. As much as he can, Schirra looks to include all and exclude none from his programs.

“The goal was to use the game of soccer as a platform to teach children and add worth and value to the lives that they were living,” Schirra said. “Every single kid deserves this kind of opportunity.”

In overcoming the difficulties of language barriers and uncooperative youth groups, Schirra and Around the Worlds have achieved profound successes. One of the biggest that Schirra says he will “brag about until he dies” is from a child in the Dominican Republic, who went from being a troublesome student with behavioral issues to earning a scholarship to a different school following the time in Schirra’s program.

“If we can reach out to just one kid, that’s a little victory for us,” says Schirra. “For those two or three hours, or sometimes weeks, however long (the program) is, if we can give that experience and give them soccer as an escape from their struggles or problems they’re dealing with, that’s the least that we wanted to do. But we found that these kids take that experience and run with it, and carve all of these opportunities for themselves that we couldn’t have imagined.”

A short highlight of Schirra’s most recent program in Trinidad and Tobago. Video courtesy of Can Bou Play.

While soccer is the main focus of the Around the Worlds programs, Schirra says it is the time spent with the kids off the pitch that has resonated with him the most.

“A lot of my favorite moments were from days where we didn’t play soccer at all,” Schirra said. “We used soccer as an icebreaker but then went beyond that and taught these kids on how to be good humans.”

He recalls a trip to Guatemala which was originally scheduled for three days. He was at an all-boys boarding school, populated with kids whose parents could not afford to take care of. Many times, the children were sent to the school with nothing more than the clothes on their backs. Upon seeing the impact he was having, he extended his stay to three weeks.

More than just teaching them soccer skills, Schirra served as a positive male role model for the kids, one that they often previously did not have. One of the most touching experiences Schirra has had in his tenure with Around the Worlds came at the end of the Guatemala program, when one of the boys gave him a card that said, “Thanks for not abandoning us.” 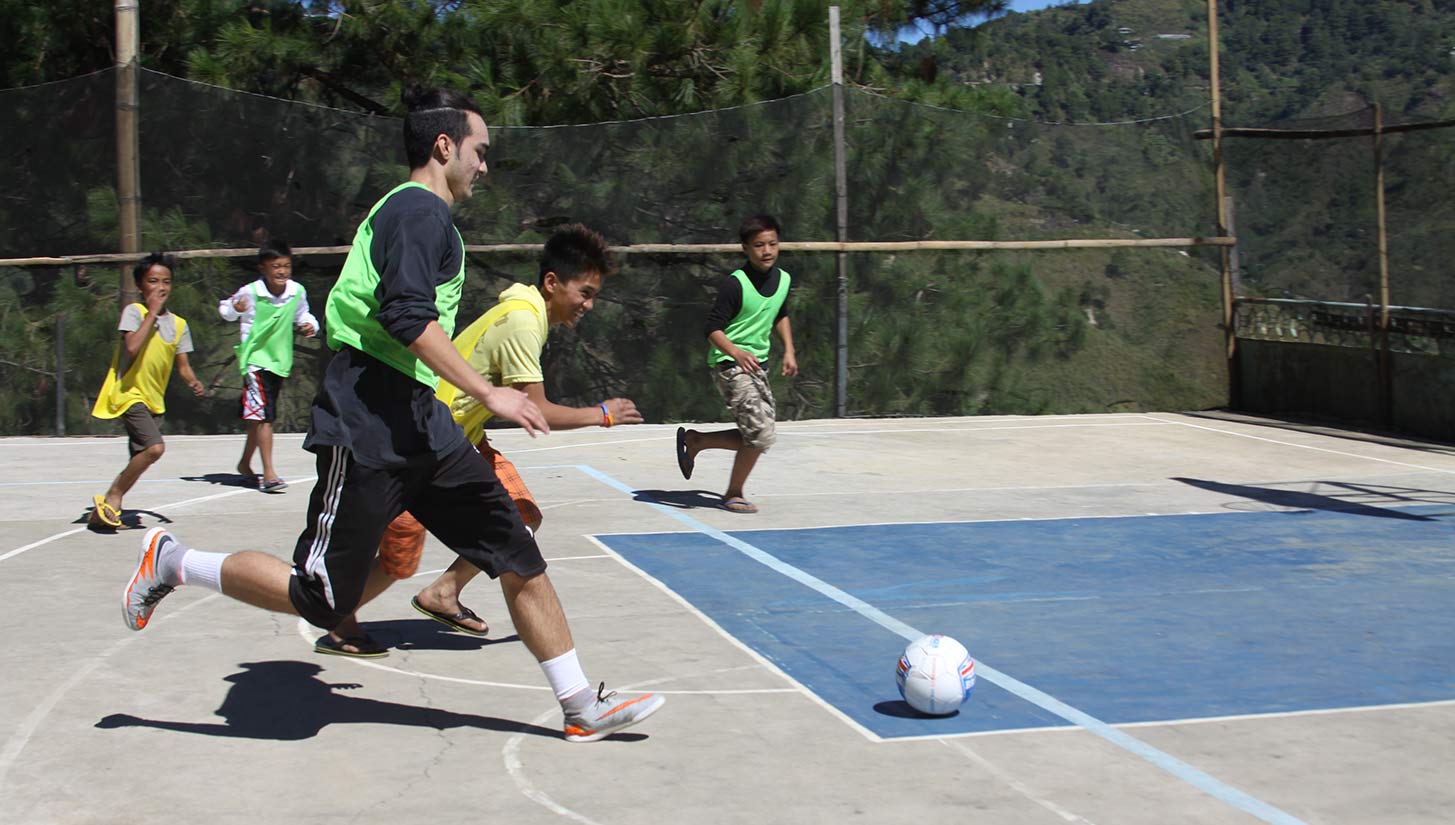 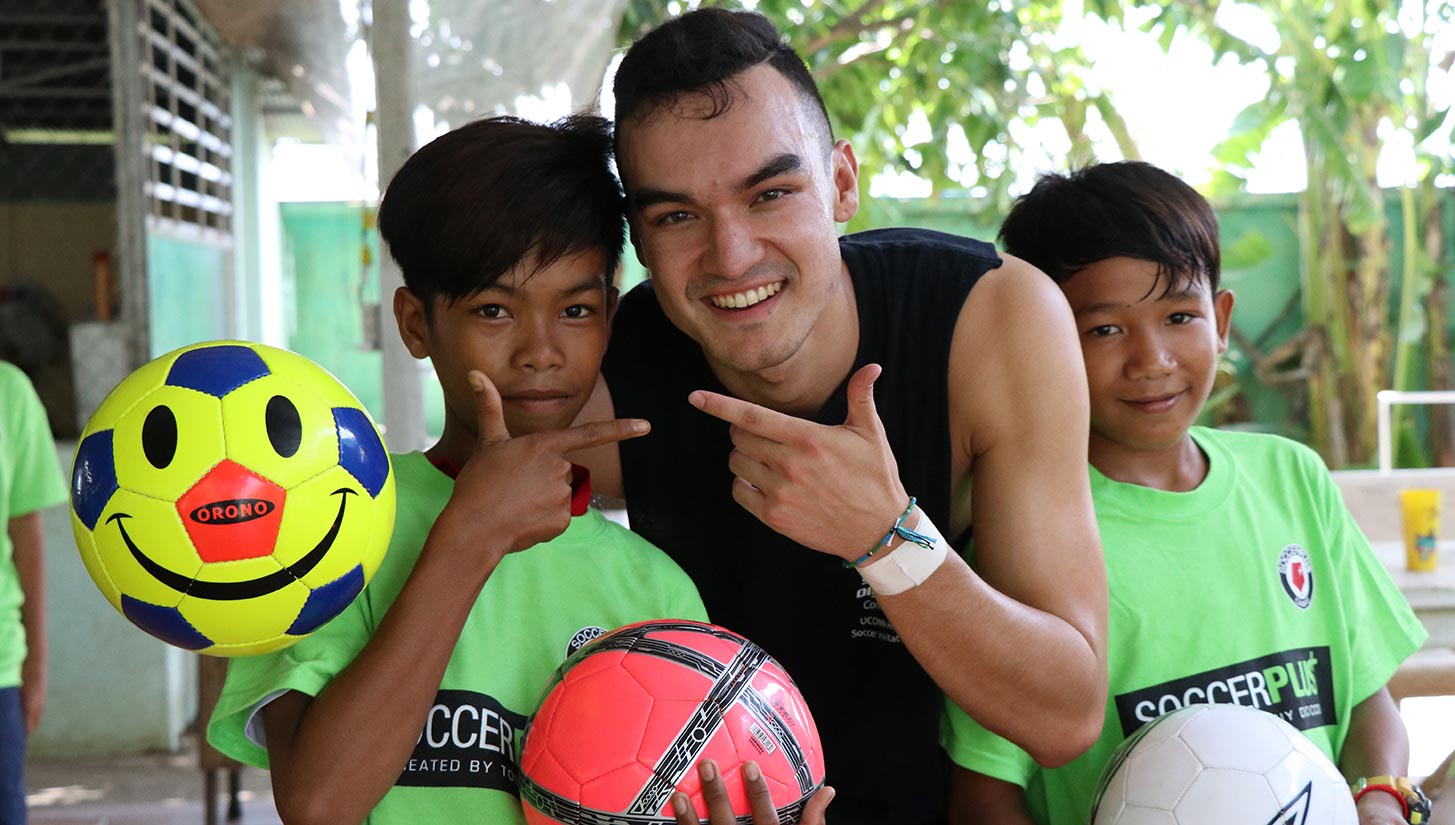 Moving forward, Schirra looks to expand Around the Worlds’ impact in the United States, as well as partner with other charities to build safe pitches in global communities. Boiled down to a single phrase, we can expect Around the Worlds to do one thing — let kids be kids.

“Soccer is a level playing field,” Schirra said. “These kids are so used to being labeled their entire lives, whether it’s as a street child, as an orphan, or a refugee. We’ve worked with kids from gangs and drug cartels — 14 years old with tattoos on up and down their bodies, used to carrying guns and not knowing when they’re going to eat. But when you give these kids a soccer ball, the labels go away. They’re just a child in that moment. There’s something pure about that.” 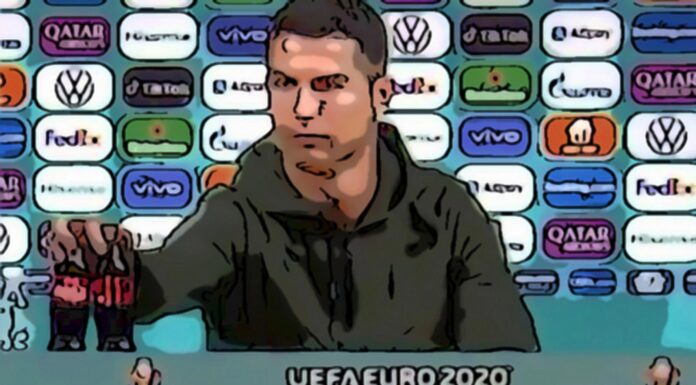