Back in July, we introduced a resurgence from Admiral, a brand synonymous with football and football history. Its ascent continues, this time on a larger scale through a Winter 21/22 capsule collection in collaboration with The Concept Club.

In the world of football, collaborations are not uncommon. Whether it’s major clubs linking up with high fashion houses or vaunted designers creating apparel for sportswear brands, the “collab” has become ubiquitous across the beautiful game.

But if we look back far enough, who were the early adopters that got in before the masses? One of the answers shouldn’t surprise you — Admiral. It’s only fitting that the brand who originated the replica kit market also featured one of the first true football-fashion collabs, enlisting Ralph Lauren to design the New York Cosmos jersey in 1978.

Over four decades later, Admiral now finds itself in the midst of a revival in the United States. As the country’s appetite for soccer continues to grow, it is a perfect time for the brand to reposition itself at the forefront of football culture. Last July, we at Urban Pitch helped kickstart Admiral’s Stateside resurgence with a new take on their classic 1982 England jersey, and we are now ready to present the next phase of the new Admiral era — a limited edition capsule collection in collaboration with The Concept Club. 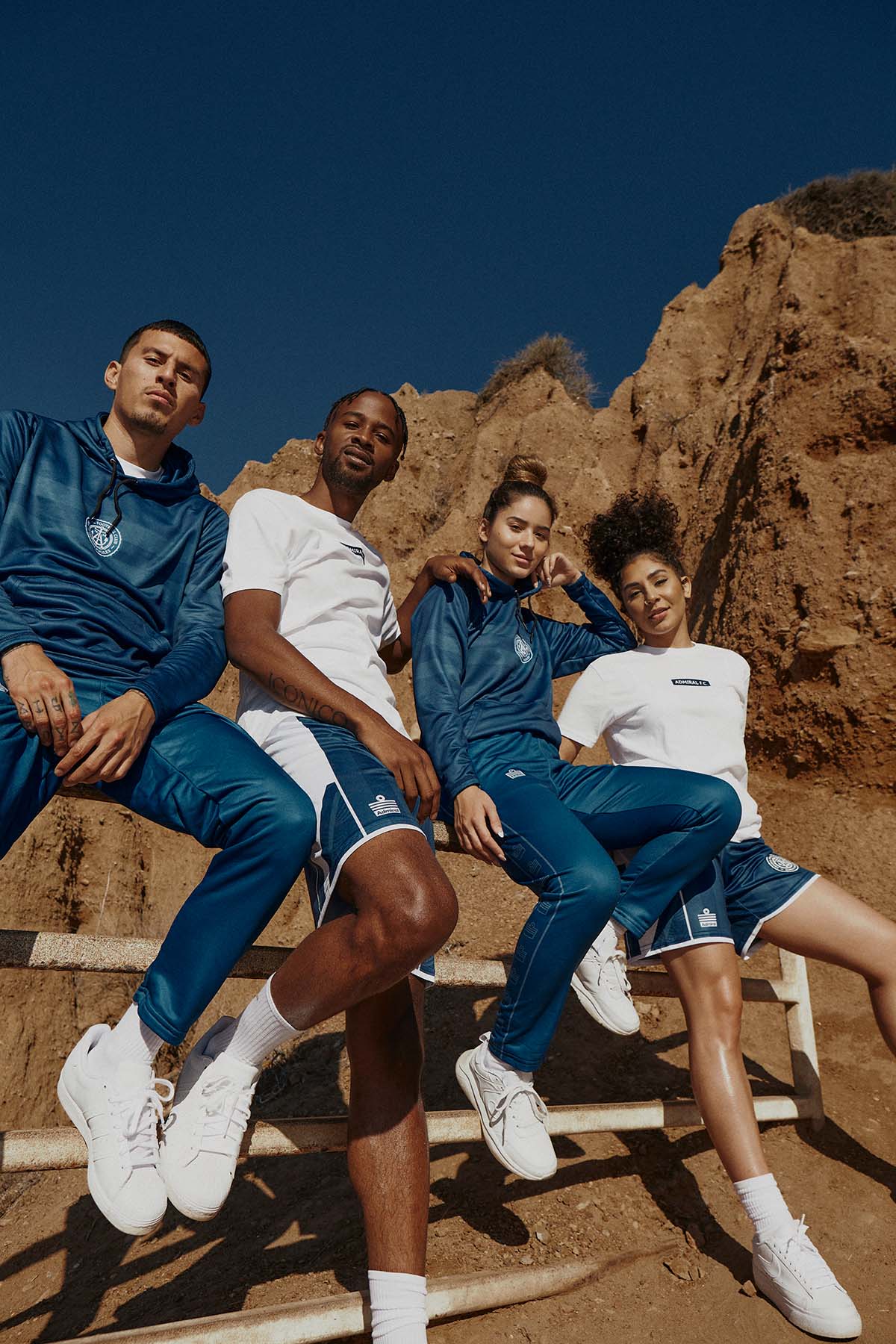 Featuring original designs that tie into Admiral’s history and growth as a brand, the 12-piece capsule collection is now available exclusively through a limited one-week preorder via The Football Boutique.

To fully appreciate this collection, one should be familiar with Admiral’s roots. Before it became intrinsically tied to football, the brand was an apparel manufacturer that famously supplied the Royal Navy throughout World Wars I and II. Though their military contract ran out in the ‘70s, Admiral still retains naval ties through its name and logo, which is based on the rank worn on a Naval Admiral’s sleeve. 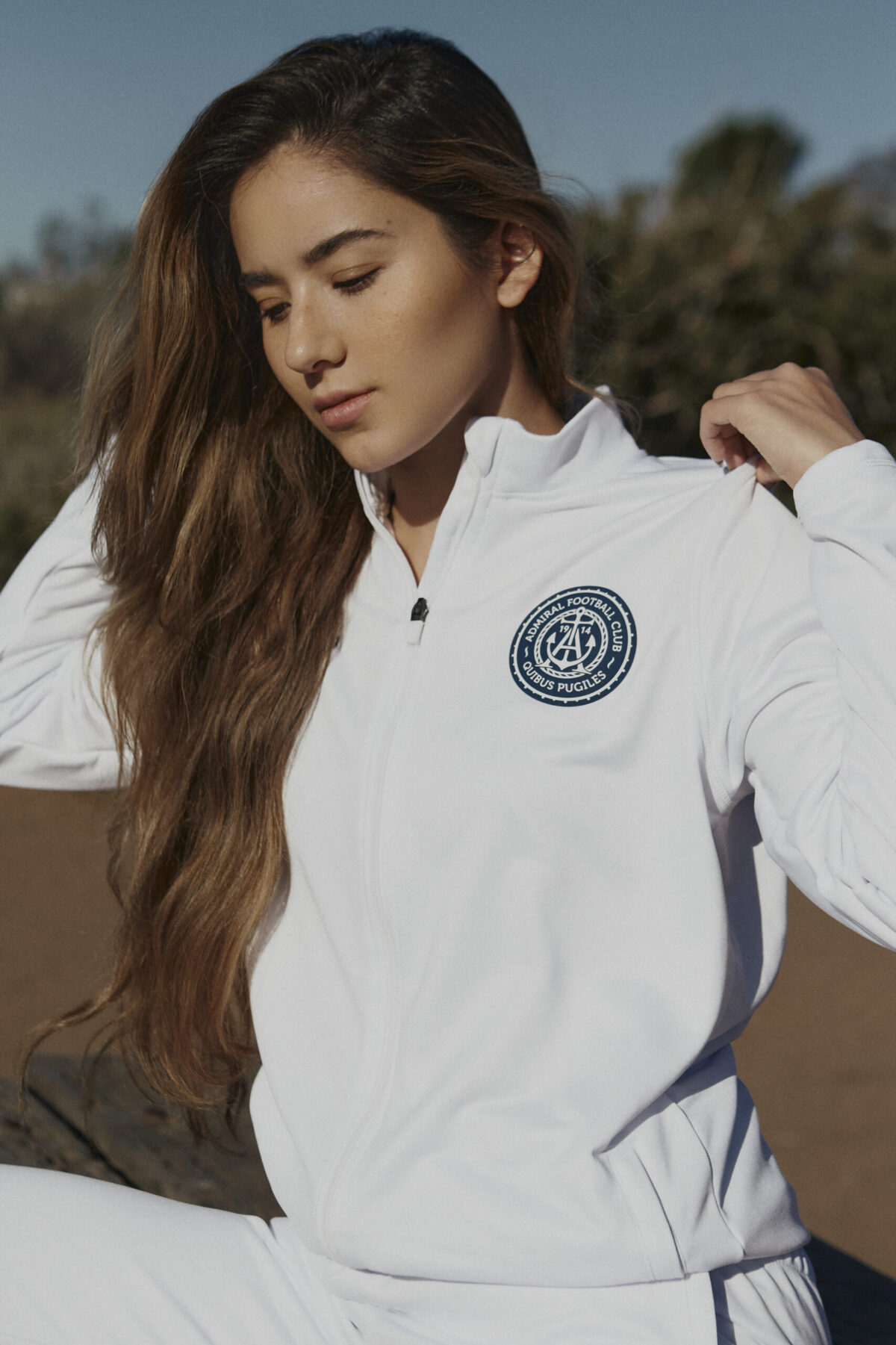 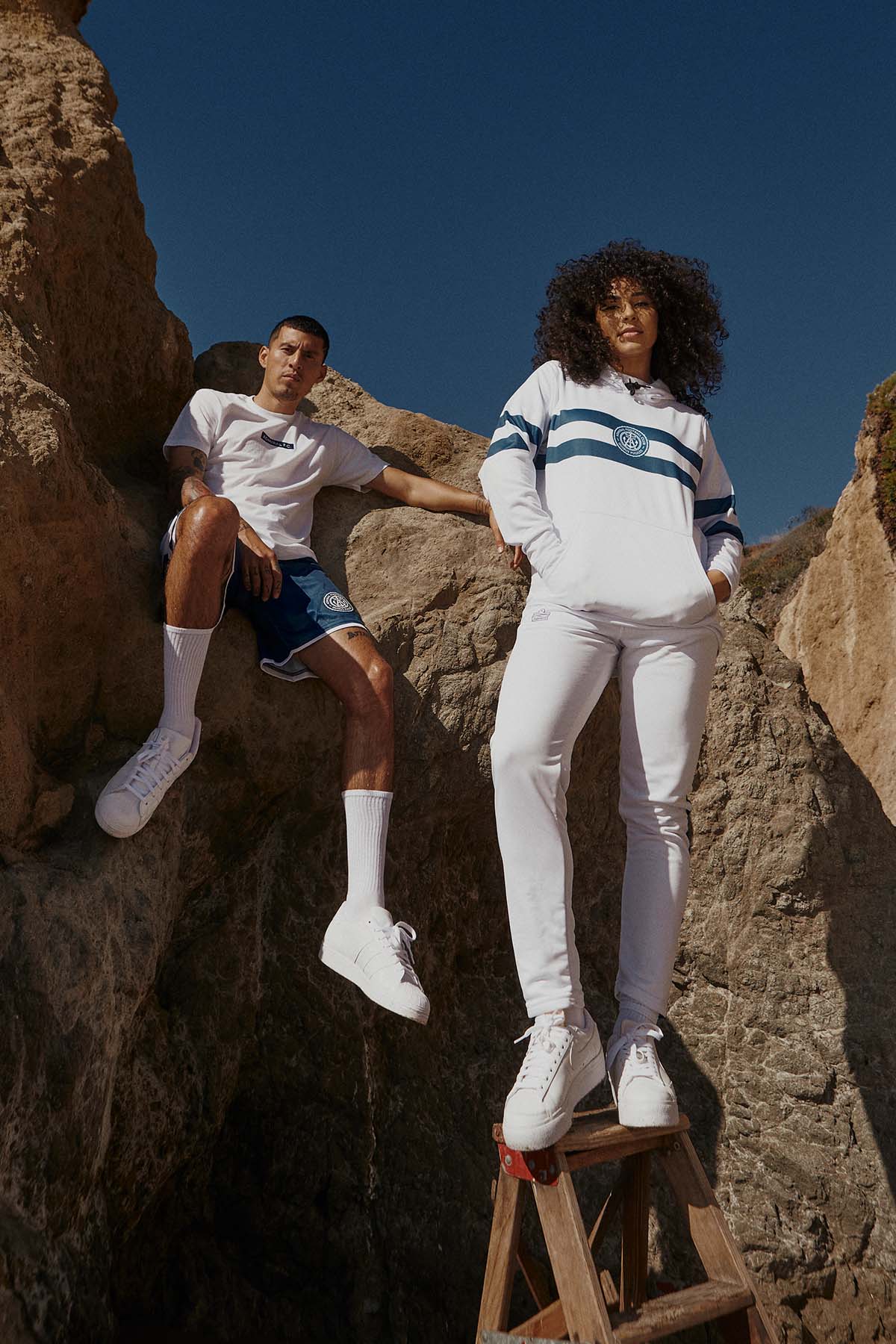 Leading the creativity of the collection were well known designers The Concept Club, who used Admiral’s origin story as the main source of inspiration for the collection. They incorporated both naval and oceanic elements throughout each piece, including patterns, graphics, and most notably, the crest.

Having created some of the most unique jerseys for their fictitious teams like Kanji Sun and NASA, designing a new crest is right in The Concept Club’s wheelhouse — and they truly knocked it out of the park for this collection. Playing on the nautical theme, it incorporates an anchor intertwined with the Admiral “A,” along with the brand’s founding year 1914, and “Quibus Pugiles,” Latin for “Worn By Champions,” Admiral’s slogan. 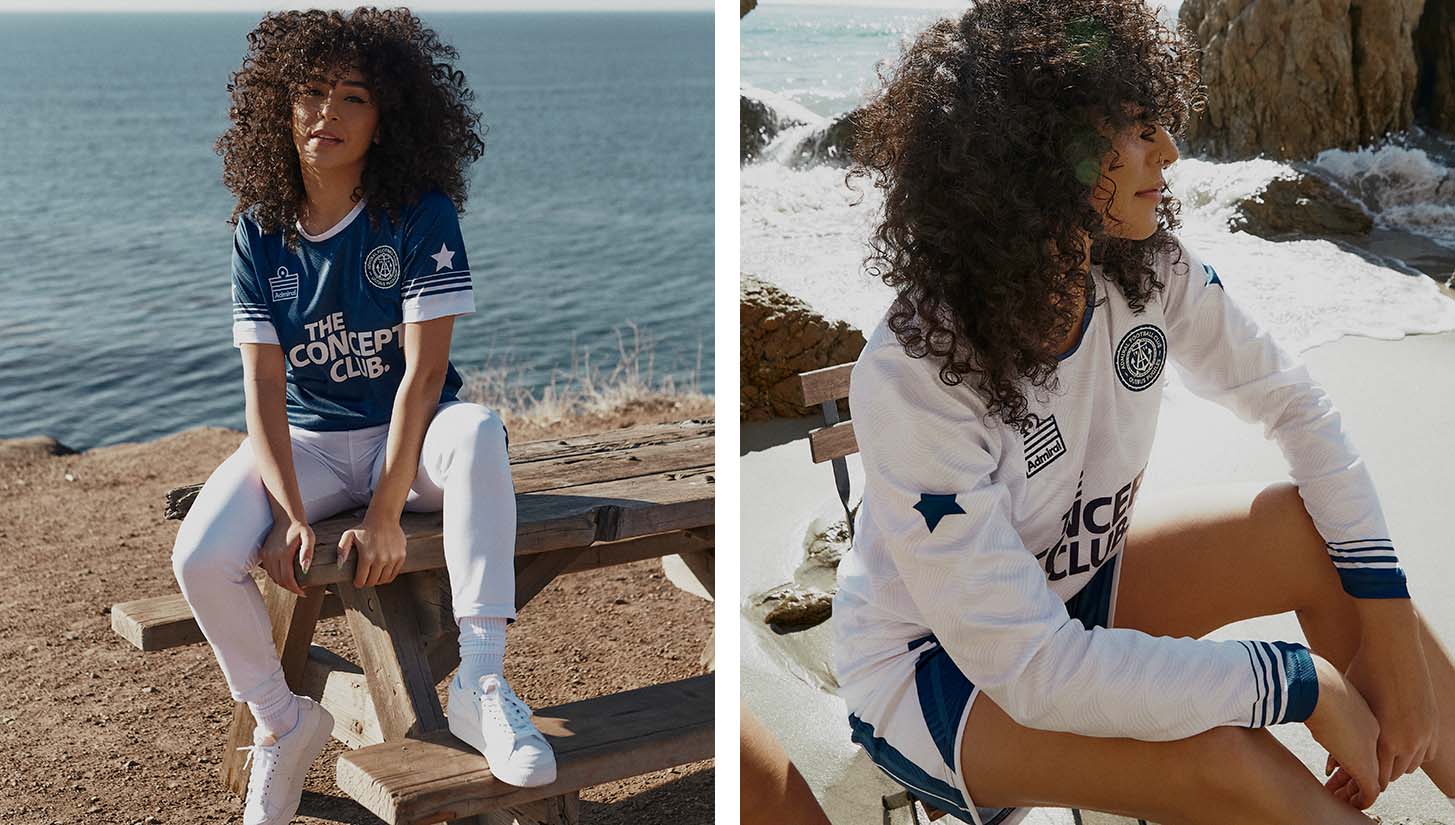 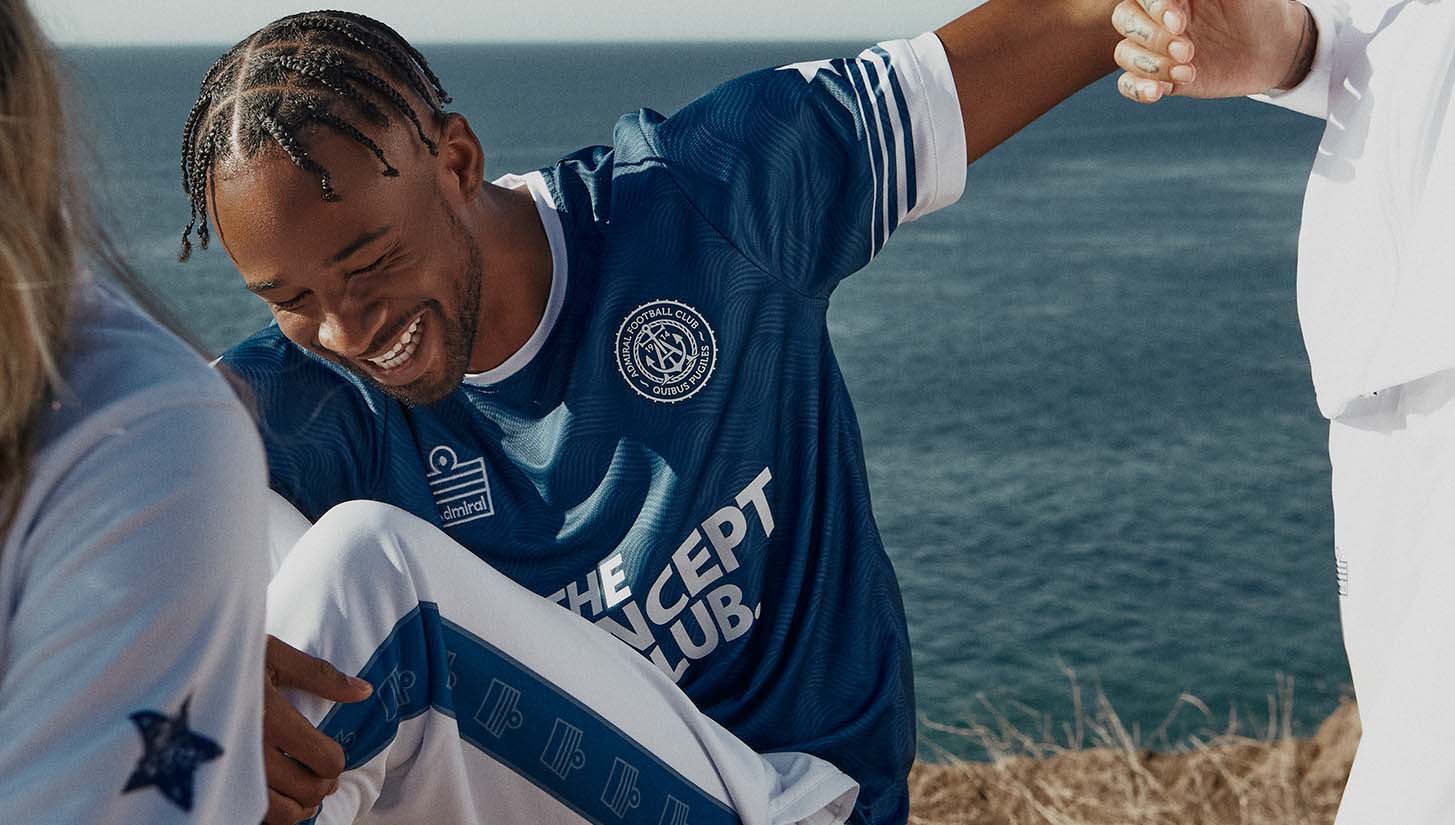 The centerpieces of the capsule are the short and long sleeve jerseys, which feature an all-over wave pattern, and stars and stripes on the sleeves. The “82” numbering on the back serves as a not-so-subtle reference to the aforementioned iconic ‘82 England kit, the design that Admiral is perhaps best known for.

But while many might have been satisfied with the jerseys alone, we had to take things up a notch. We worked closely with The Concept Club to create a full lifestyle range around the two jerseys, which includes shorts, full-zip training jackets, hoodies, track pants, and a t-shirt. Each item has unique details that play into the overarching theme of the collection and can be mixed and matched to create a variety of looks.

The entire set has officially dropped, and to celebrate, we will be hosting a launch party on Dec. 17 that will feature music performances by Feefa, Mas Fortuna, Harlay, and AM Vicious, along with DJ sets by BRVO and DJ Kappa. 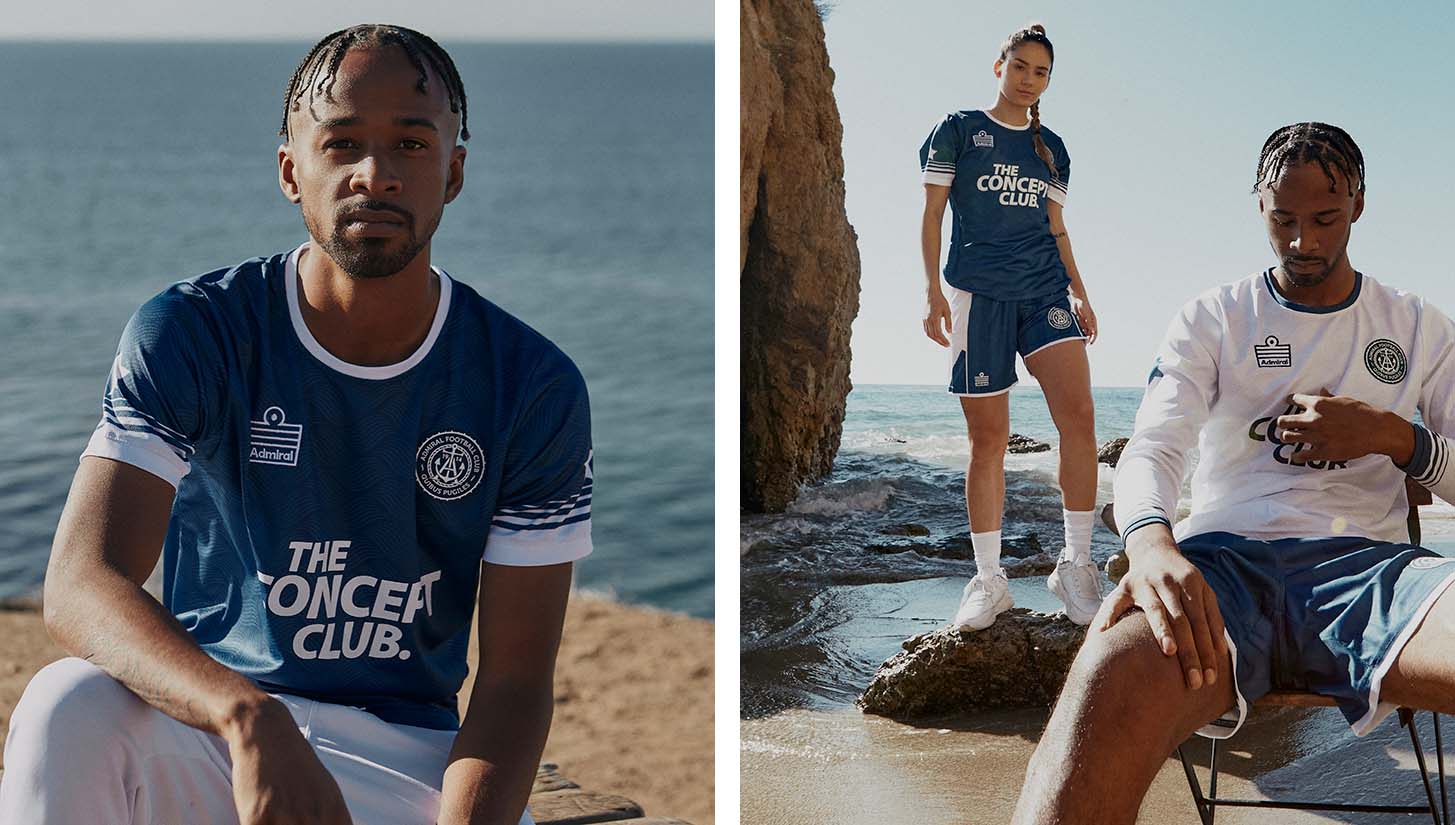 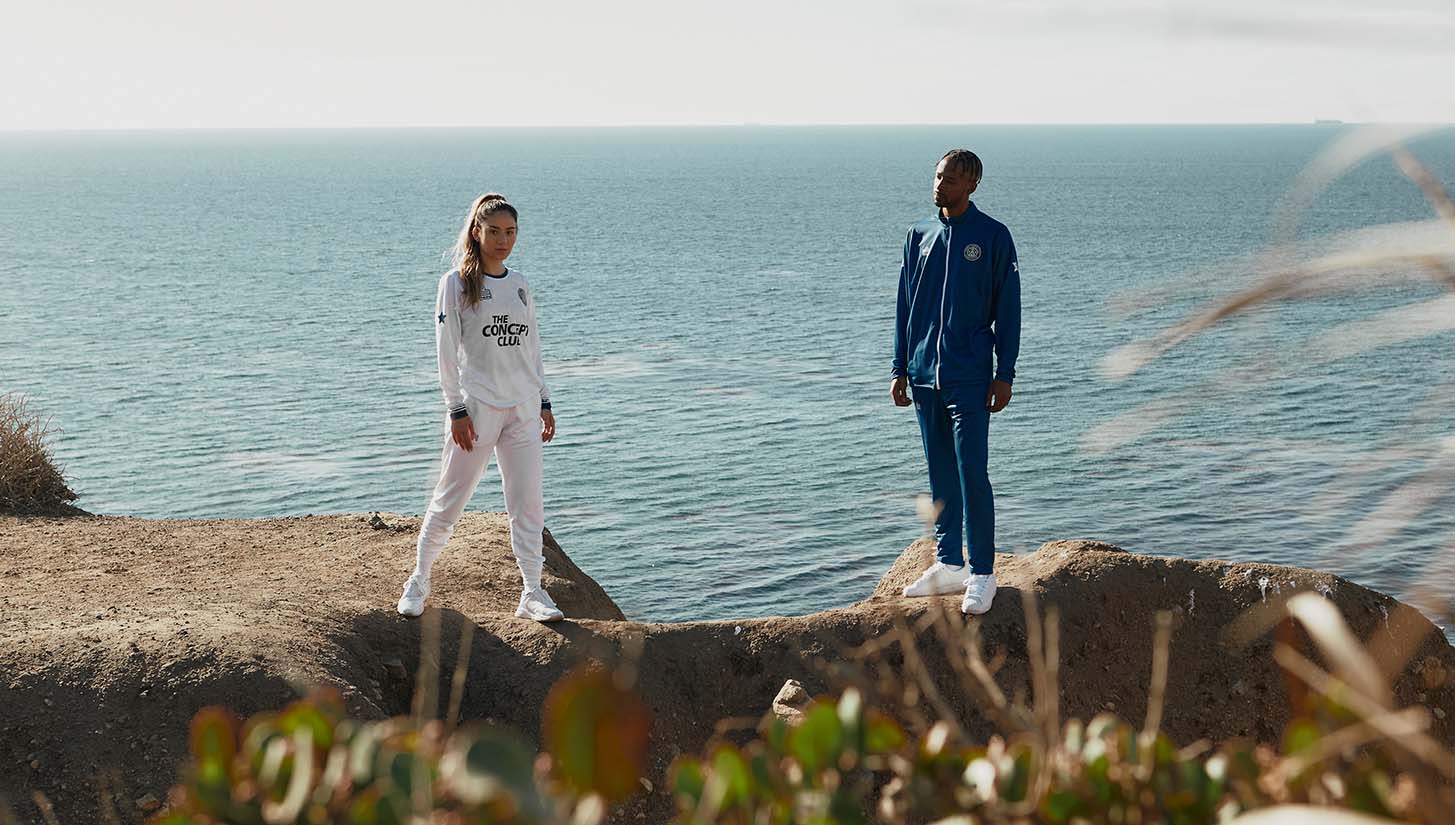 Admiral’s impending takeover may still be in its early phases, but if this is any indication of what’s to come, it’s full sails ahead.

The entire Admiral x The Concept Club Winter 21/22 capsule collection is available for purchase for a limited one-week preorder period exclusively through The Football Boutique.