The United States men’s national team sits second in CONCACAF World Cup qualifying, and while fans are waiting for the “Golden Generation” to take flight, a bigger question remains: Who is cultivating the next Christian Pulisic and Gio Reyna?

The United States Soccer Federation has one goal in sight right now, and that’s qualifying to the 2022 FIFA World Cup. While that’s certainly a reasonable achievement to be working towards, it seems like that’s literally the sole entry on the agenda at USSF headquarters — it’s not just the No. 1 priority, it’s the only priority.

Perhaps caught up in the hype of the current U.S. men’s national team possibly being the country’s “redeem team,” not much is being made of the mismanagement at the most important level: the pipeline to the senior national teams. Let’s face it, today, the identification, nurturing, teaching, and structuring of future USMNT players relies solely on Major League Soccer clubs or the affiliates those players are attached to.

Some players might already be in Europe, which is an extra step in that particular player’s development, but nowhere in the process does U.S. Soccer seem to be involved. The only exception would be if a player was called up to a youth national team — but there hasn’t been so much as a ripple in that pond going back to 2019 (save for the U-23 team that played in Olympic qualifiers earlier this year).

The United States Youth Soccer Association has come under criticism as to whether it is truly providing a proper player identification structure, or if it is being used as a tool to increase revenue at the USSF due to its pay-to-play policy that leaves out many aspiring youth soccer players, most notably those of the inner city and lower economic means.

All sports in the U.S. have a high cost, especially as the sport becomes more competitive. The geography of the country alone has some high level youth teams taking cross continental flights for games and tournaments. In the USSF’s case, a lot of criticism comes down not because of the lack of resources, but how poorly the whole program is run.

In 2015, only the most diehard USMNT fan would have known who Christian Pulisic was, as he was playing youth soccer in Pennsylvania and tearing it up on the U-17s. Pulisic began playing youth soccer in 2005, and eventually he would be identified by the federation, and went from the U-15s, U-17s, and in 2016 was playing for the full national team at the Copa America Centenario. In the meantime, he had begun his professional career in Germany with Borussia Dortmund.

While Pulisic, Gio Reyna, and Weston McKennie can be considered successes of that professional club team and federation pipeline, the landscape of the future Pulisics and Reynas is vastly different.

It’s a Dirty Job, But No One at the USSF is Doing It

The youth teams — which can be considered the heart of any national team program — have been glaringly absent from the equation at the USSF as of late. After Gregg Berhalter, the senior men’s national team coach, the program does not have coaches for the U-23, U-20, U-19, U-18, U-17, or U-16 teams. Only Gonzalo Segares is attached to the role of U-15 coach at the men’s side.

The women’s program suffers the same panorama. No coaches for the U-20s, U-18s, U-16s, or U-15s. While U.S. Soccer was forced to suspend all youth activities due to the COVID-19 pandemic, in the year-and-a-half since the start of the pandemic, the federation has offered little in the way of how it will restructure its youth program and who those coaches will be.

Countries like Brazil, France, Argentina, and Uruguay thrive on the pure talent of the players they identify, but molding them to play the kind of style that is required at the national team level takes a lot of work from many coaches. In Uruguay, it is not uncommon to see that a player will play at every level of the pyramid before being capped with the senior national team. Uruguay national team manager Óscar Washington Tabárez believes that an essential part of the national team program is to teach players both what is expected of them and their country’s style of play.

While the USMNT now under Berhalter is trying to play a more possession-based game, it was Tab Ramos who began doing that work as the U-20 coach while working under Jürgen Klinsmann. Ramos was the youth national team coach of many senior players that are being called in today. It was under Klinsmann that Ramos became youth director, and in an interview to Bolavip he mentioned how that relationship was working as a pipeline to the senior team.

“As I became youth director and you think about all the years [Klinsmann] was there, we pushed to hire a full-time head coach for every youth national team, which we did,” Ramos said. “Sunil Gulati supported that. I think what you have to look at is, for me where I was as youth technical director, having Jürgen as head coach of the senior team was great support, because he supported a lot of the ideas I had on youth development, particularly developing those elite players on the national teams, both in the way we played and how those teams trained.”

When Berhalter took over the team in 2018, Anthony Hudson was the U-20 coach all of one year. Jason Kries was the U-23 coach until the program once again failed to qualify for the Olympics, and at the moment Berhalter, who is stuck with the task of qualifying the senior group to the World Cup, has little or no pipeline below the senior squad.

The Illusion of Depth

Today the U.S. Soccer Program and Berhalter are trying to give fans the illusion that the national team player pool is 60 men deep. But remove the top five or six players from the senior team and the level of play drops considerably. While still capable, the players on the bubble of the final World Cup roster aren’t necessarily world-class talents. And as MLS teams continue to sell more young Americans to Europe, U.S. Soccer is relying on those European clubs to develop its players, instead of doing some of the work itself.

If possession is the way U.S. Soccer wants to go from here on in, who is teaching those younger generations that skill set at the youth national team level? If the last two years has shown us anything, it is that there are talented soccer players in the country — Ricardo Pepi, Miles Robinson, and Gianluca Busio are proof of that. All three of them had some youth national team experience, but from 2020 to most of 2021, an entire class of players have not honed their skills at the youth level — instead they are trusted on the senior national team to make an impact. Pepi, who has scored three times in his first four caps, is the biggest example, as he now has a list of suitor clubs going around the block.

While fans and pundits of the USMNT take it a game at a time, the reality is national teams are built not by just talent, but also cultivation. Creating a culture doesn’t start from one call up to the next, it starts at the youth national teams — from as early as 13, 14, or 15 years of age.

For now, it doesn’t seem like there is a solution in the works for the lack of youth national team coaches on both the men’s and women’s sides. No answer has been given as to if or when a search for new coaches will begin and what will be the criteria of those coaches.

More worrying for all soccer programs is as FIFA moves towards a World Cup every two years, youth national teams may be taking a step back, and how youth soccer will restructure itself is still up in the air. The reality is that today, other than the senior national team, no one plays the brand of soccer the USSF wants at the youth level on the men’s side.

While we cheer and hope that the “Golden Generation” will take the USMNT to heights we have never seen, if we’re lucky, we will get at least three World Cup cycles with this crop of players. Then looking down the road, let’s hope Chelsea, Manchester City, AC Milan, or Juventus find another Pulisic, Pepi, Reyna, and Weah, because at U.S. Soccer no one is moving a muscle to find them, least of all getting them together to play the game the American way. 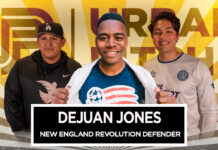 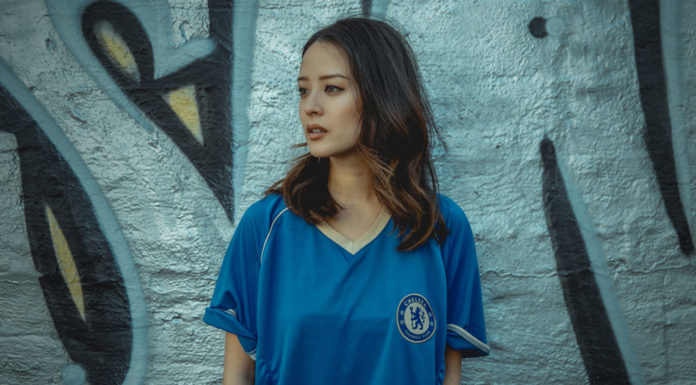