It doesn’t matter if you’re hustlin’ your tail off for 90-plus minutes on the pitch, if you’re jostling in the close-quarter combat of the futsal court, or if you’re getting down and dirty in the grit and grime of the ally down the block—there are few better feelings than leaving your opponent with a devastating blow between the legs (I’m talkin bout a nutmeg, folks, this ain’t that kind of killite). Any baller with a street-beatin’ heart knows that a panna > goal.

Today we’re bringing you the TOP 10 PANNA HUMILIATIONS caught on camera, from the pitch, the court, and that ally down the block.

(Disclaimer: Some of you might know that if you tried to watch ALL of the content uploaded to YouTube or Instagram, it would take you over a lifetime to watch it all. That’s right, I might have missed a few! But fear not, for if there’s one out there we missed, we will find it. And we will show you. So stay tuned for Vol. 2 of our Top 10 Panna Humiliations, but in the meantime, sit back, relax, and thank your lucky stars you’re not one of these poor defenders.)

Granted this defender is clearly either fed up with being schooled, or has never played a day in his life (his defense is lackluster at best), but that doesn’t stop this cheeky panna from being any less embarrassing. Hitman delivers this blow in typical hitman fashion—a move that nobody could have seen coming. Look at the reaction from his teammate, Edward van Gils, who has to cover his mouth to keep from gasping and making this dude feel any worse. I mean, it’s one thing to receive a panna, but to quite literally take it from behind … there’s no recovering from that one folks.

9: Falcão doles out an in-game panna like the futsal king he is

Though the maneuver itself isn’t overly elaborate, there’s something to be said for pulling a risky move like this in a professional futsal match, where a turnover on any part of the court can easily result in an immediate counterattack. Falcão is known for his masterful handling of the ball, and this panna is a great example. Humiliating, for sure, to be nutmegged with such ease.

8: Issy Hitman with another killer panna–this time at cheetah speed

Earlier we saw a panna that Issy delivered to a lazy defender, and while it was creative, one could argue that maybeeeee this ‘Hitman’ doesn’t have the chops to deliver a killer blow in a more intense environment. Well, my friends, I give you Issy ramped up to mach 5, though I don’t think there’s even a governor on his throttle. Not only did this defender take the bait and step in to allow the panna–hook, line, and sinker–but it all happened so fast and furious that you probably missed the part where this dude’s jock strap got left behind. Look again, it’s there.

A pioneer of street soccer, van Gils was one of the first to free the minds of young ballers everywhere and encourage us to think outside the box. Just look at how that shiny head gracefully spins around and around, his feet dancing around two hopeless defenders in a joyous waltz, all while keeping the ball on an impossibly tight leash. If anyone’s metaphorically written the book on the spirit of street soccer, it’s this legend here.

6: Jeand Doest is the honey badger of street soccer–looks harmless, couldn’t be further from the truth

This cat is one of those ballers who has a knack for anticipating his defenders’ movements and striking as soon as the opportunity arises. Take this killer panna for example. Once Doest flicked the ball up to catch it between his heel and his thigh, then swiveled a full 360 degrees on one foot, I think we all saw the end of this poor defender.

5: Cristiano Ronaldo gets a taste of his own medicine

Love him or hate him, Ronaldo is one of the best in the world. Most notorious for his devastating tekkers, he’s almost always on the delivering end of an ankle-breaking maneuver, but lord almighty, what a dish of karma served up by Barcelona’s Dani Alves. I can only imagine what expletives popped out of that melon of his after Alves dumped a salty load of in-yo-face on the Real Madrid forward.

The best part about the smooth nutmeg Messi put on Fernandinho is the reaction the Man City midfielder gave immediately after. He throws his hands up as if to say, I couldn’t do anything about that! Messi is GAME GENIE! No, for real though, he’s a cheat code.

3: One half of the SKILLTWINS executes a double, mid-futsal-match panna to a very unlucky defender

Remember that scene in The Big Green when Larry the goalkeeper would imagine a group of knights, or Vikings, charging at him with the ball, and he nearly soiled himself? No? Well, that’s how I imagine being a defender in front of this guy. He’s fast, he’s agile, his tekkers are off the charts, but then you realize, THERE’S TWO OF HIM. That’s right, Josef and Jakob, aka the SkillTwins, are two Swedish freestyle and street footballers who spend their time making people look like confused ants. The identity of the victim is unknown, but my guess is you can probably find him on the backside of a milk carton somewhere after that trauma.

It’s bad enough to get diced up once on the pitch, but getting nutmegged twice might just be enough to sink even the most level-headed player into a spiral of fury and depression. Now taking the ball a third time between the kicks? Utter. Devastation. Bremen’s Zlatko Junuzovic hands Dortmund’s Sokratis an astonishing three-panna spanking during a 2015 match that Sokratis, and unfortunately for him, the rest of the world will never forget.

1: Séan Garnier drops his guard after a sick around-the-back, and Aless pulls the trigger

Séan Garnier, one of, if not THE best street soccer performer in the world, shows us that no matter what, you never, let me repeat, NEVER let your guard down. Certainly a veteran baller like Garnier should know better than to lose focus, especially during this championship match against Aless at the 2013 European Panna Championship in Esbjerg, Denmark. But considering it is the master we’re talking about, we’ll let this one slide. Which brings us to …

Honorable Mention: Séan Garnier pulls off a move so slick, it renders his opponent pants-less

Okay, so this isn’t a panna, but considering how badly he got burned in the clip above, I think Garnier deserves a little redemption–especially considering the fact that a panna may be humiliating, but losing your drawers is a whole other level of embarrassment.

Keep your eyes and ears open, and your legs closed, for Vol 2. of our Top 10 Panna Humiliations, or you may just end up on our list! 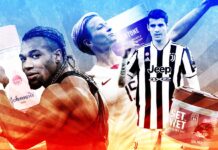 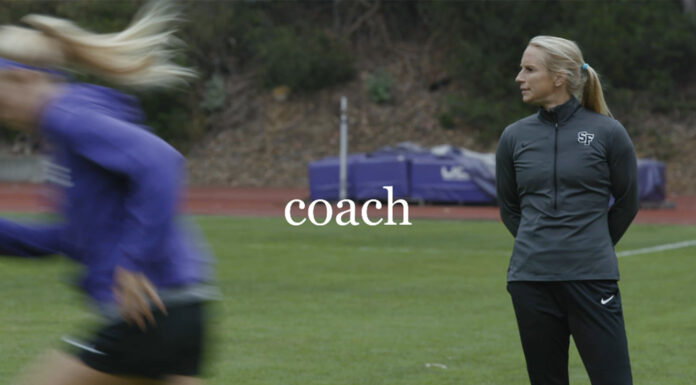