It’s been a grim few seasons for the blue half of Merseyside. But what has led to Everton’s struggles?

​​During the Premier League years, Everton Football Club has been ever-present. From relegation survival scrapes to a top four finish, the Toffees’ fans have seen nearly everything.

The Merseyside club has been in the top flight of English football since 1954, and has only played outside of the top flight in four seasons since 1888, the most of any English club. But today, the club finds itself in a never-ending tailspin.

Manager Frank Lampard has overseen a run of only one win in Everton’s last 10 Premier League games. As a result, after 18 matches, Everton is 18th in the Premier League, which puts it right in the relegation zone.

The fans aren’t happy, the players need to perform better, and the club could be about to sack its sixth manager in five years. How did a club which has spent so long near the top end up here? 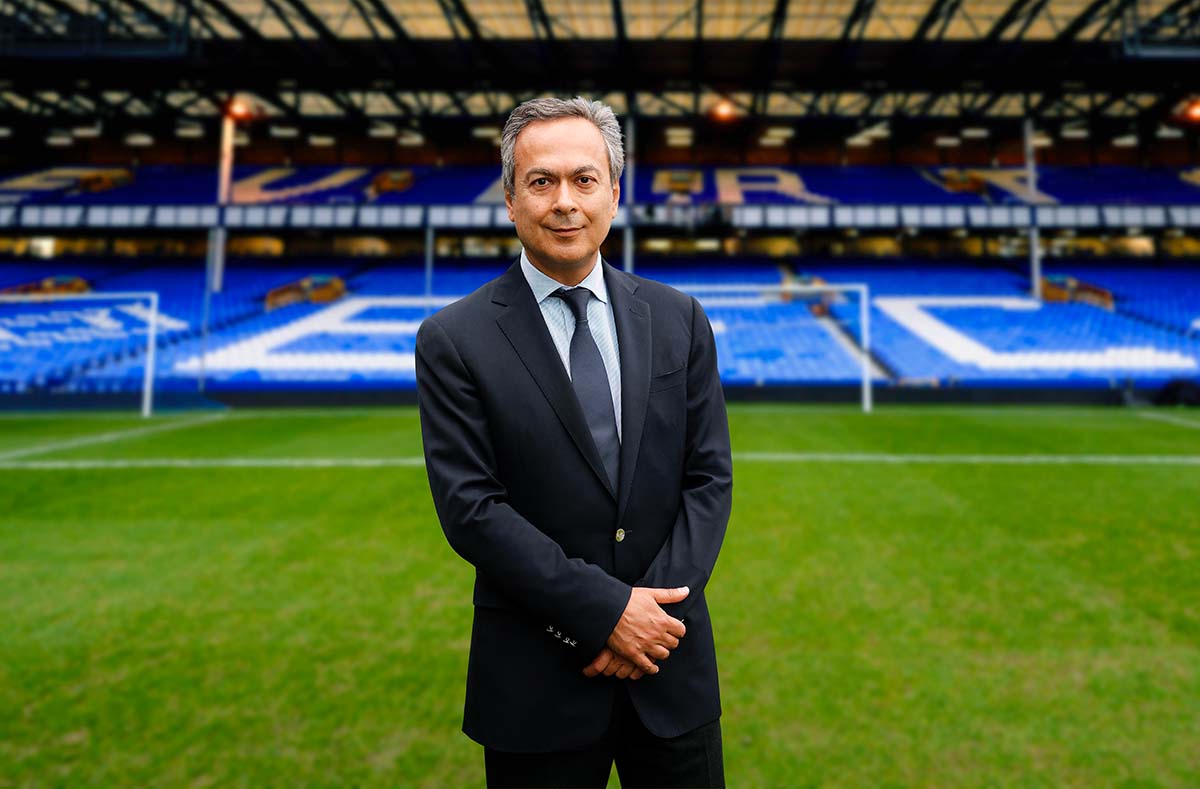 At the end of 2015, Everton was looking for a new investment after years of financial trouble. That came in January 2016 when British-Iranian businessman Farhad Moshiri bought a 49.9% stake in the club for a reported £200 million, and he has since increased that stake over the years to 94%.

The relationship between Everton and Moshiri has been a rocky one. The owner has admitted the club “has not always spent significant amounts of money wisely.”

Everton has lost ludicrous amounts of money over the past three seasons. Its pre-tax losses over that timespan have combined for £372 million.

Unsuccessful and expensive transfers over those years has only added to Everton’s financial losses, the most damaging being the 2017 summer transfer window. This was the first in which Moshiri properly splashed his cash, spending £145 million on new arrivals.

Jordan Pickford and Michael Keane arrived from Premier League rivals for £26.1 million each. Both remain at the club today, with Pickford establishing himself as the No. 1 goalkeeper for both club and country.

Keane has had a more varied career with the Toffees.

Dipping in and out of form and hampered by injuries, he hasn’t quite morphed into the marauding center back he once seemed destined to become, and has been subject to a loan bid from Southampton this week.

Everton also brought in Davy Klaasen from Ajax for £23.6 million. The transfer was a disaster as the Dutchman made only seven ineffective league appearances for the club before being sold to Werder Bremen for £12 million, an £11.6 million loss.

However, the biggest transfer calamity for Everton in the Moshiri era came that summer in the case of record signing Gylfi Sigurdsson. The Icelandic midfielder moved to the club from Swansea for £45 million.

Despite being a significant part of the club for four seasons, making 156 appearances and scoring 31 goals, it all unraveled ahead of the 2021-22 season. Reports of his arrest for “suspicion of child sex offenses” made their ways to the tabloids, and he wasn’t included in the squad for the season. He has since left the club.

Since Moshiri took control of Everton, 18 players have signed for over £20 million. Of those, you could argue that only five have been worth their investment. The others were plagued by injury issues, unable to adapt to the Premier League, or just ineffective in an Everton shirt.

Everton’s most substantial issue on the pitch in the Moshiri era has been up front. Unable to convince star striker Romelu Lukaku to stay in 2017, the club has since struggled to replace him.

Wayne Rooney, who made his name at Everton as a teenager in 2002, returned in 2017 after his contract at Manchester United ran out. However, his best days as a striker were in the past, and he left for MLS after one season.

Sandro Ramirez was brought in that summer from Malaga CF for £5.2 million, but only made eight appearances for Everton before returning to Spain in the January transfer window. The Spaniard never scored for the club.

Everton then added Cenk Tosun to the squad in January 2018 for £27 million. Despite a promising start, the Turkish striker never found consistent form on Merseyside, returning to Turkey permanently with Besiktas in July 2022. He made 50 appearances for the Toffees in four years, scoring 11 goals.

Everton signed promising Italian youngster Moise Kean on a surprise transfer from Juventus for £25 million in the summer of 2019, but the striker struggled to reproduce his Serie A brilliance in English football. After just two goals in his first season, Keane returned to Juventus on loan. The 22-year-old is still an Everton player today, back at Juventus on loan this season after a year-long loan at Paris Saint-Germain.

Josh King arrived from Bournemouth for an undisclosed fee in 2020. The Norwegian wasn’t a Toffee for long however, moving on to Watford in January 2021 after 11 appearances and 0 goals.

Solomon Rondon rounds off the sorry list of strikers. A favorite of then-manager Rafael Benitez, the Venezuelan was signed for free in August 2021. After just one goal in 27 appearances, the forward left in December 2022, terminating his contract by mutual agreement.

Among all the unsuccessful arrivals, one striker has remained throughout the Moshiri era: Dominic Calvert-Lewin. Everton signed the promising youngster from Sheffield United in 2016. Despite a relatively slow start to his Everton career, the England forward grew into the role and has developed into one of the most coveted strikers in the Premier League, scoring 16 league goals in the 2020-21 season.

However, injuries have never been too far behind the now 22-year-old — the striker missed the first few months of the 2021-22 and 2022-23 seasons with a fractured toe and a recurring knee ailment.

Calvert-Lewin’s injuries have only compounded Everton’s troubles of recent years. He has returned from his most recent layoff, and unless he can stay fit and rediscover his form, those issues will only continue for the club. 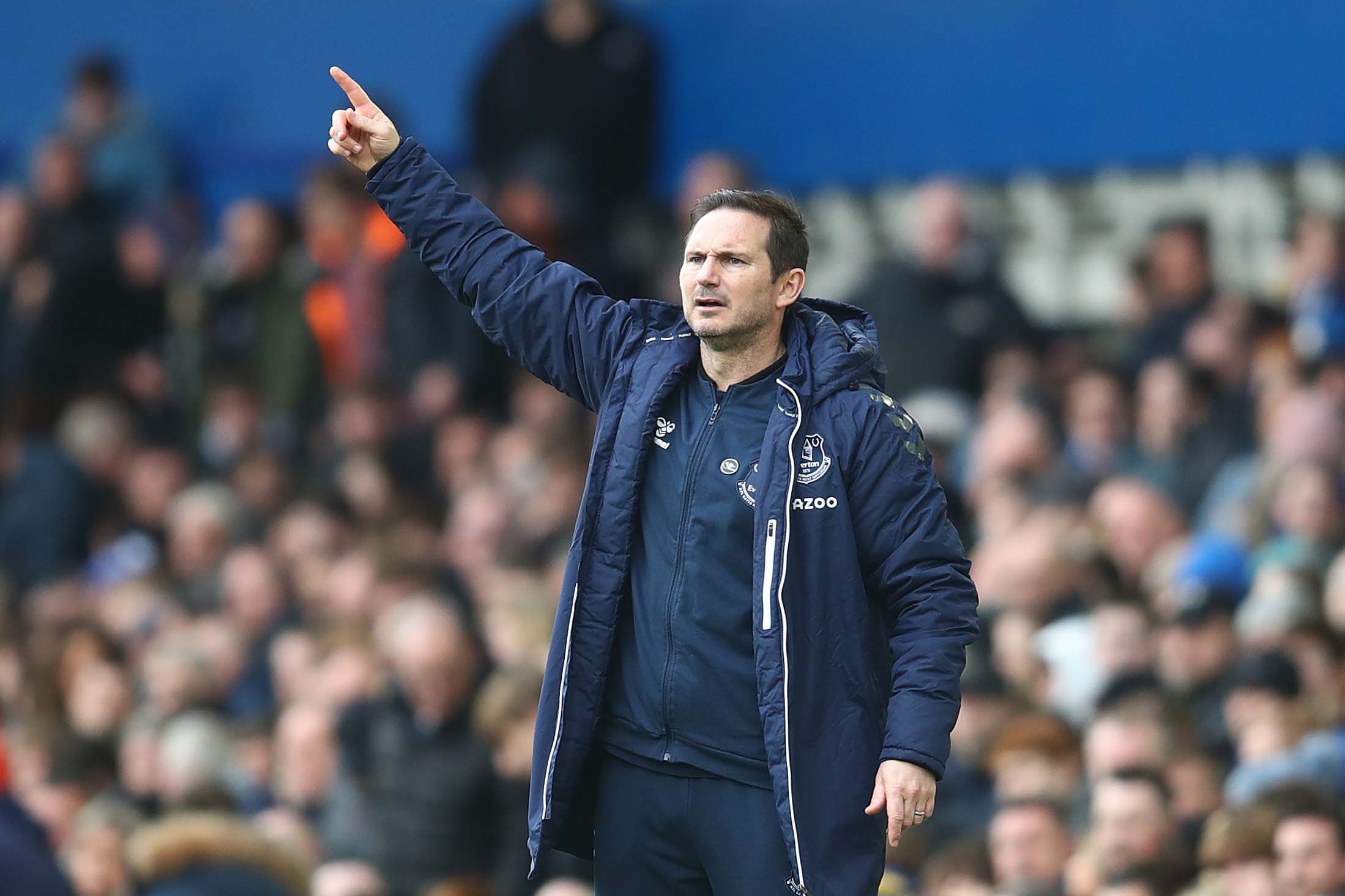 During Moshiri’s ownership, Everton has also struggled on the managerial front. The club is on its seventh permanent manager since the takeover, with current boss Frank Lampard on the brink of being shown the door.

Roberto Martinez was the boss when Moshiri arrived, but left after three seasons in charge to take over the managerial position for the Belgium national team.

Moshiri hired departing Southampton boss Ronald Koeman to replace Martinez in May 2016. The Dutchman enjoyed a solid first season in charge, leading the side to Europa League qualification.

He was at the helm in the summer of 2017, and despite the sizeable war chest he was given, Koeman struggled to get his new signings to gel. His main issue was replacing the goals of Lukaku after the Belgian left that summer too.

Koeman was sacked in October 2017, with the club in the relegation zone and already eliminated from the Europa League group stages. Following a brief period with former assistant and player David Unsworth in temporary charge, the club convinced Sam Allardyce to come out of retirement to take the lead role.

The veteran manager steadied the ship and guided the Toffees to an eighth place finish in the league. However, the fans were not keen on his ultra-defensive tactics (the club recorded the lowest number of shots attempted of anyone in the Premier League that season). Allardyce left his position at the club in May 2018.

Everton then hired Marco Silva as manager for the 2018-19 season. The Portuguese boss had good spells in charge of Hull City and Olympiakos. In his first season, Silva guided the Toffees to another eighth place finish. The similarities between Silva and Allardyce end there.

Silva got Everton playing much more agreeable football and provided something to build upon. Unfortunately, the dream of progress never came to fruition. After a disappointing start to the 2019-20 season, Silva was fired, with the last straw being a 5-2 loss to rivals Liverpool which left the Toffees in 18th place.

Following Silva’s departure, Moshiri looked to have hit the jackpot when he replaced him with five-time Champions League-winning manager Carlo Ancelotti. The Italian came into much fanfare and lifted The Toffees to 12th by the end of the season.

Despite a relatively disappointing 10th place finish in 2020-21, Ancelotti had become a fan favorite at Goodison Park, and the future looked bright. However, Zinedine Zidane had left his post as boss at Real Madrid that summer and Florentino Perez was keen on reacquiring Ancelotti’s services at the Bernabeau.

The call of his former club was too appealing to turn down, and he remains in charge of the Spanish giants today, having added another Champions League win to his tally.

Everton replaced Ancelotti with another former Real Madrid and Champions League-winning manager Rafael Benitez at the start of the 2021-22 season. The appointment was questioned by some fans and pundits at the time due to his previous tenure at local rivals Liverpool, becoming the first man to manage both teams on Merseyside since William Edward Barclay in the 1890s.

Pressure from Everton fan groups and poor performances on the pitch meant that Benitez only lasted six-and-a-half months on the job and was relieved of his duties in January 2022, with the club 15th in the league.

Everton then turned to Lampard, fresh off a tumultuous stint at Chelsea, to get the Toffees back up the Premier League table. Lampard arrived during the January transfer window, allowing him to bring in some new players to help boost his squad.

Dele Alli came in from Tottenham on a free transfer, a move that failed to revitalise the former England midfielder’s career as he made the starting 11 once before being loaned to Besiktas in the summer.

Donny Van de Beek came in on loan from Manchester United but again struggled to make a massive difference. Everton also signed defender Vitaly Mykolenko from Dinamo Kyiv. The Ukrainian was a solid addition to the Toffee’s back line and added much-needed grit in a season that turned into a relegation battle.

Lampard found it tough to turn Everton’s poor form around, and the club was circling the Premier League drain with only a handful of games to play. Thanks to vital wins against Manchester United, Chelsea, Leicester City, and Crystal Palace late in the season, the Toffees narrowly avoided the drop, finishing 16th on 39 points.

Despite guiding them to Premier League survival last season, Lampard has been unable to get his side to kick on and get consistently positive results. Everton’s problems came to a head on Tuesday evening after a 4-1 home defeat to Brighton. Lampard finds himself under immense pressure from the fans to turn it around or be shown the door.

A 3-1 defeat away at Manchester United in the FA Cup certainly won’t have helped matters, with Lampard admitting his position at the club was “not under [his] control.”

His job is currently hanging by a thread, and it is unlikely that Lampard will walk away. But knowing the ruthlessness of Moshiri and the Everton board, they won’t wait much longer if the poor results continue. 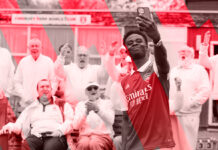 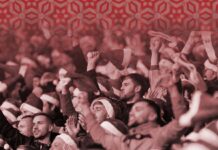 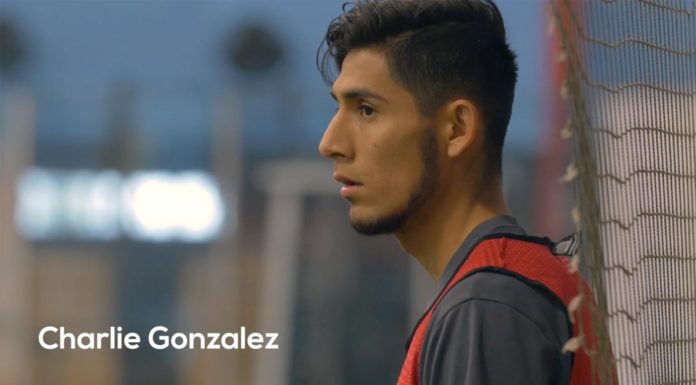