Eric Wynalda’s free kick goal against Switzerland in the USMNT’s opening match of the 1994 World Cup was marvelous, and almost three decades later, it still has a case to be the most important goal scored in the country’s history.

It’s June 18, 1994. The United States men’s national team is about to take the field in front of 73,000 in the old Pontiac Silverdome in Detroit, Michigan for its opening match of the 1994 World Cup. That World Cup, where the Stars and Stripes were the host nation, brought the world’s game right into the heart of the country that for so many decades wanted nothing to do with soccer.

Ahead of their first match, the USMNT had two major tasks: First, save face and try to get out of their group that consisted of Colombia, Switzerland, and Romania. But perhaps a more pressing objective was to try and “sell” the sport to a country experiencing the glamor of a FIFA World Cup for the first time. 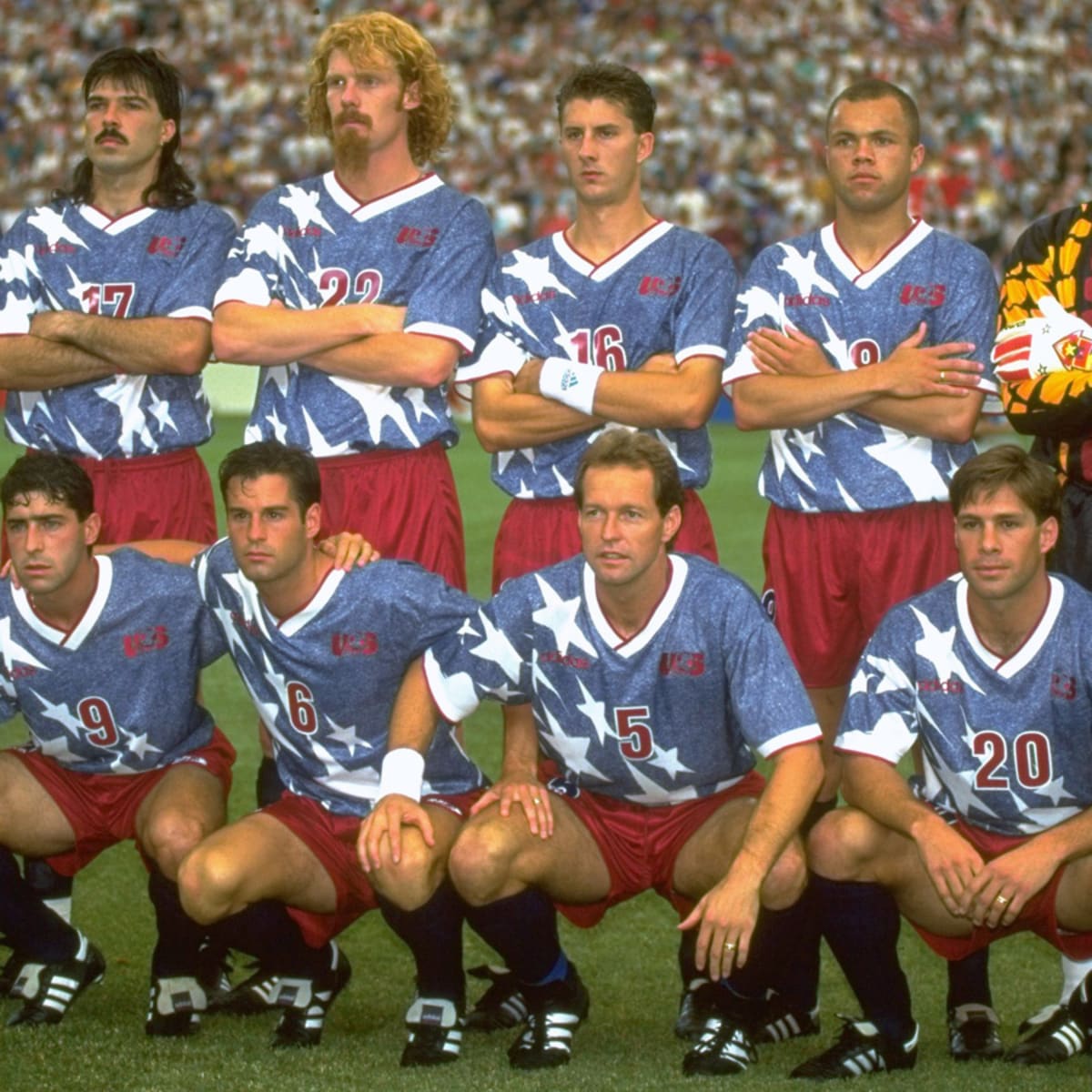 U.S. Soccer and adidas did everything they could to make the USMNT stand out. Their 1994 World Cup kits were truly all-American if not laughable. The U.S. wore red shorts with a denim jersey that had white stars along the chest and side. The more traditional red and white striped shirt was used only against Brazil in the round of 16.

But on June 18, it was about survival and trying to not choke in front of the world. Eric Wynalda, the USMNT goal scorer, was one of the few players on the team that could truly call himself a professional. Wynalda was one of only eight players that had a professional contract playing in Germany for FC Saarbrücken in 2. Bundesliga.

Major League Soccer was two years away and there were virtually no real organized soccer academies in the United States that were producing players. While the World Cup was in the U.S. and fans flocked to games — the 1994 World Cup is the highest attended World Cup in history— the U.S. Soccer Federation had little to no clue how to tap into that fandom, let alone develop players.

Still, for the summer of 1994 the USMNT had to do something to give the sport any momentum leading into the inception of MLS. The United States, coached by Serbian Bora Milutinovic, had basically lived as a club team for three years preparing for the tournament playing anybody, anywhere. The USMNT played club teams, national teams, Copa Americas, and Gold Cups. Bora’s plan was to not make the World Cup a major shock for the at times overwhelmed U.S. squad.

Against Switzerland the USMNT were tight, and just as they found their rhythm in the match, disaster struck in the form of a 38th-minute free kick goal from Georges Bregy.

25 years ago @EricWynalda scored this incredible goal in the World Cup … rumor has it, the Silverdome had a louder pop than when Hogan beat Andre there!

Shellshocked, the Americans pushed through and in the 44th minute, just before halftime, Wynalda lined up to take what would arguably become the most important goal in the USMNT’s modern day World Cup history. He placed the ball perfectly over the wall and just below the top corner, an impossible ball to save for any goalkeeper, and for a brief second the Americans looked world class.

Wynalda wasn’t even supposed to take the free kick, as noted by the Las Vegas Review Journal. An injury to normal free kick taker Claudio Reyna put Wynalda over the ball, who had also broken out in hives due to a last-minute switch from Gatorade to Powerade, which had a synthetic dye that caused an allergic reaction.

The USMNT held on and improved as the match went on, but the score would end 1-1. Four days later, a more settled American side defeated Colombia 2-1 in one of the greatest victories in USMNT history. It marked the first time since 1950 the United States won a World Cup game and most importantly, the team dressed in denim and stars were a laughingstock no more. They were through to the next round.

Wynalda’s goal, from a near impossible angle, has yet to be replicated by a U.S. team since at a World Cup. While more fans may have seen Landon Donovan’s last-minute goal against Algeria in 2010 or Jermaine Jones’s beautiful outside the box tying goal against Portugal in 2014, it was “Waldo’s” effort that could have given soccer in the United States that major boost it truly deserved.

Had Wynalda’s free kick gone over the bar, who knows what would have become of the USMNT in 1994 and onward. Had the team not made it out of its group, how much momentum would have gone into the creation of MLS?

Playing a World Cup match in the Shadow of O.J. Simpson

The night before the USMNT did battle against Switzerland, the country was at a standstill. Former NFL running back and American sports poster boy O.J. Simpson had led the Los Angeles Police Department on a slow-speed chase down the 91 Freeway. Simpson was the prime suspect in the murder of his wife Nicole Brown Simpson and Ron Goldman, who were stabbed to death on June 12, five days before the start of the ’94 World Cup.

Like much of the country, the USMNT players were glued to their TV sets, and Wynalda, along with fellow teammates, recalls being exhausted before the match from watching the chase into the late hours of the night.

But add some adrenaline and the bright lights of the Silverdome, and the team woke up. The nation’s attention had shifted from Simpson’s Ford Bronco to the beautiful game, and the USMNT did not disappoint. Wynalda’s free kick converted thousands of fans to the sport in one night, and by the round of 16 defeat to Brazil on July 4, soccer had found a solid fanbase and experience to build off of looking towards the future…MLS.

The Career of Eric Wynalda 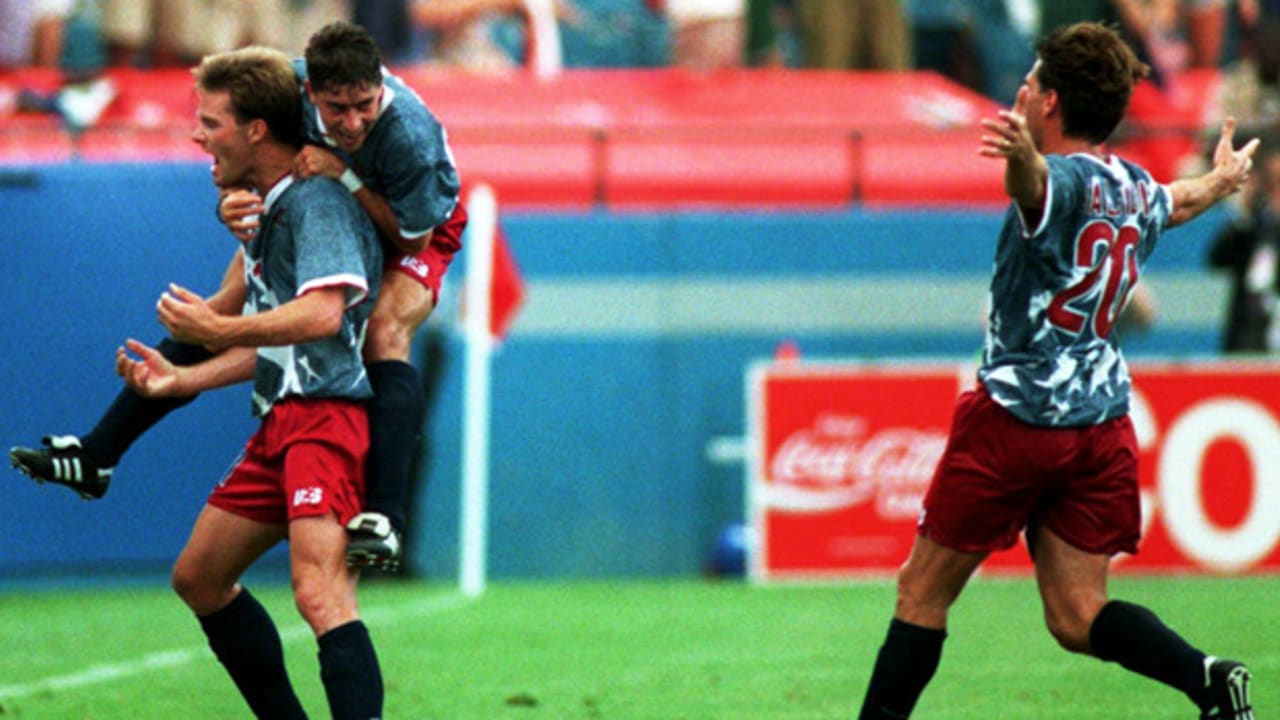 Wynalda’s name may have been lost to players like Donovan, Clint Dempsey, Christian Pulisic, and Gio Reyna, but the California native is still just as important. Until Donovan surpassed him, Wynalda was the USMNT’s all-time leading goal scorer, and today sits fourth with 34 goals in 106 caps.

After playing in Germany, Wynalda was one of the first members of that U.S. squad to return and play in MLS for the San Jose Clash in 1996. He would play for the USMNT in the ill-fated 1998 World Cup, but not without being a part of one of the biggest controversies in U.S. Soccer history.

By Wynalda’s own admission, teammate John Harkes had an affair with Wynalda’s wife prior to the ’98 tournament and this resulted in Harkes, the U.S. team captain at the time, being dropped from the squad. The U.S. would go 0-3 in France and had a major step back in a soccer program that was growing.

Wynalda was also a part of the 1995 Copa America squad which saw the USMNT post fourth place, defeating Chile, Argentina, and Mexico along the way. In 1998 the USMNT would play in the CONCACAF Gold Cup final losing to Mexico 1-0, but not without defeating Brazil for the first time in the nation’s history 1-0. Wynalda would earn his last cap in 2000 and play his final match in MLS in 2001 for the Chicago Fire.

Over the years, soccer has grown tremendously in the United States, and MLS will eventually be a 30-team league and have built stadiums for the exclusive use of soccer across the league. Attendance averages in the 20,000 range, and the USMNT now has players playing at Chelsea, AC Milan, Juventus, and a handful of other top European teams.

While soccer in the United States would have kicked off professionally after 1994, who knows what would have happened to the sport had Wynalda’s goal against Switzerland had not gone in. 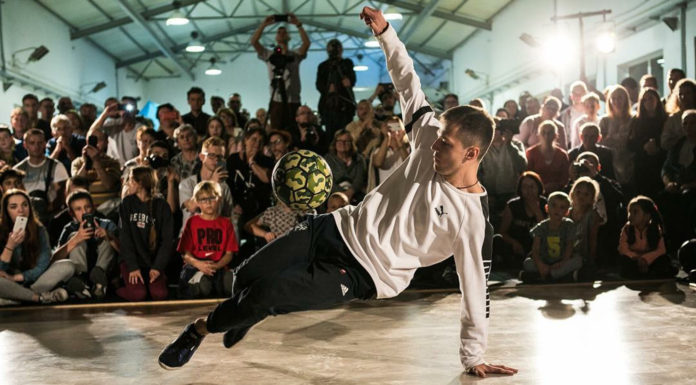