The controversy began from the onset when Qatar was announced as winning the right to host the 2022 World Cup. In December 2010, former FIFA president Sepp Blatter made the shock announcement that the members of the executive committee had voted in favor of the Gulf state. The first World Cup ever to be held in the Arab world, Qatar surprisingly received 14 votes compared to eight for the United States.

Allegations of bribery surrounded the bidding process, with two members of the executive committee having their voting rights suspended following claims that they accepted money for their votes. Mohammed bin Hamman’s role in particular came under heavy scrutiny. The former Qatari football official was accused of bribing FIFA officials in the run up to his presidential election campaign. He subsequently withdrew his candidacy and was later banned for life from all FIFA and football-related activities by the FIFA Ethics Committee.

Fifteen of the 22 committee members who selected Qatar as hosts have since faced criminal charges and been fined or banned, but Qatar officials have denied any wrongdoing around the bid. Blatter, who also received a six-year ban from football, claimed in his 2018 book Ma Vérité (My Truth) that Qatar had cheated through collusion to win the hosting rights. Although the exact amount is unknown, The Guardian estimates that Qatar spent nearly $200 million in public funds on their bid.

Ever since it was awarded the bid, Qatar has been expanding its infrastructure to accommodate an anticipated 1.5 million visitors. Construction has included eight new stadiums, a new airport, a new metro rail system, and a series of roads and new hotels. This year’s World Cup will be the most expensive FIFA tournament in history, costing $220 billion. Compare this with $11.6 billion that Russia spent in 2018 and the previous high of $15 billion spent by Brazil in 2014.

There are over 1.7 million migrant workers in Qatar, representing over 90% of the workforce. The government says that 30,000 foreign workers have been hired just to build the stadiums. Hoping to escape poverty and unemployment, most of the migrants have arrived from India, Nepal, Bangladesh, Pakistan, and Sri Lanka. Leading the criticisms from human rights groups are allegations from Amnesty International that migrant workers in Qatar are being abused and exploited and have outright called it “the World Cup of Shame.”

Beginning with unscrupulous recruitment agents in their home countries, workers are being forced to pay high fees in order to get jobs, which puts them further in debt. In addition, recruiters will often make false promises about the job type and salary amount the workers will receive. When workers alert their companies upon arriving in Qatar that they were promised higher wages, they are ignored. One such worker, As Mushfiqur, recalled, “My manager just said, ‘I don’t care what they said in Bangladesh. We are giving you this salary and nothing more. If you keep talking like this I’ll tell them to cancel your visa and send you back.’”

The investigation by Amnesty International also revealed workers are paid as little as $11.19 per day while dealing with squalid living conditions. While Qatari law allows for a maximum of four beds per room and prohibits bed sharing or bunk beds, they discovered men sleeping on bunk beds in rooms for eight or more people. Making things worse, salaries sometimes aren’t paid for several months.

Like many others, Madhu Bollapally’s family in India never understood how he died while working in Qatar.

When workers complain about their situation, they are often threatened by their employers who have confiscated their passports. This renders them unable to change jobs or leave the country as they have to get an “exit permit” approval from their company. Though required by Qatari law, some employers don’t provide or renew residence permits. Workers are afraid to leave the work site as they could be imprisoned or fined as a result.

Acknowledging their failings, Qatar World Cup organizers admitted that workers contracted for FIFA in the country were exploited. Companies were found to have subjected their employees to what amounted to “forced labor.” Workers were found to have exceeded the 60-hour maximum work week and didn’t have a day off for months or even years. Those who refused to work under certain conditions were threatened to have their pay deducted or even deported without receiving their wages that were owed.

Worst of all, in February 2021, the Guardian reported that more than 6,500 migrant workers from five countries have died in Qatar since that fateful night it won the right to host the World Cup. Compiled from government sources, these figures do not include deaths from a number of countries sending a large number of migrant workers including the Philippines and Kenya. The total death toll is most likely significantly higher because Qatar doesn’t count heart attacks and respiratory failure as work-related deaths, even though they are often brought on from doing manual labor in very high temperatures.

Findings showed that hundreds of thousands of workers were being subjected to potentially fatal levels of heat by working in temperatures of up to 113 degrees Fahrenheit for up to 10 hours a day. The Qatari government does not dispute the number of deaths, but has stated it is proportionate to the size of the migrant workforce. Amongst the reasons, “natural causes” is the most commonly listed and often attributed to acute heart or respiratory failure. However, they fail to provide the underlying medical explanation for these deaths, and are usually made without an autopsy and listed as “non-work related” by the event’s organizing committee.

It is believed that there is a direct link between the high levels of heat stress and the high rate of death amongst young workers during the hot summer months. Yet Qatar’s reluctance to perform autopsies has left families of these migrant workers confused and angry about how their loved ones died.

Like many others, Madhu Bollapally’s family in India never understood how he died while working in Qatar. According to his roommate, he found the 43-year-old Bollapally’s body lying on the dorm room floor one night in late 2019. His passing was recorded as heart failure due to natural causes like thousands of other sudden deaths.

Despite working for his employer for six years, his wife Latha and 13-year-old son Rajesh received just 114,000 rupees (less than $1,400) in compensation and unpaid salary. Rajesh has no idea why his father died. “He had no health problems,” he said. “There was nothing wrong with him.” 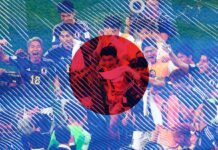