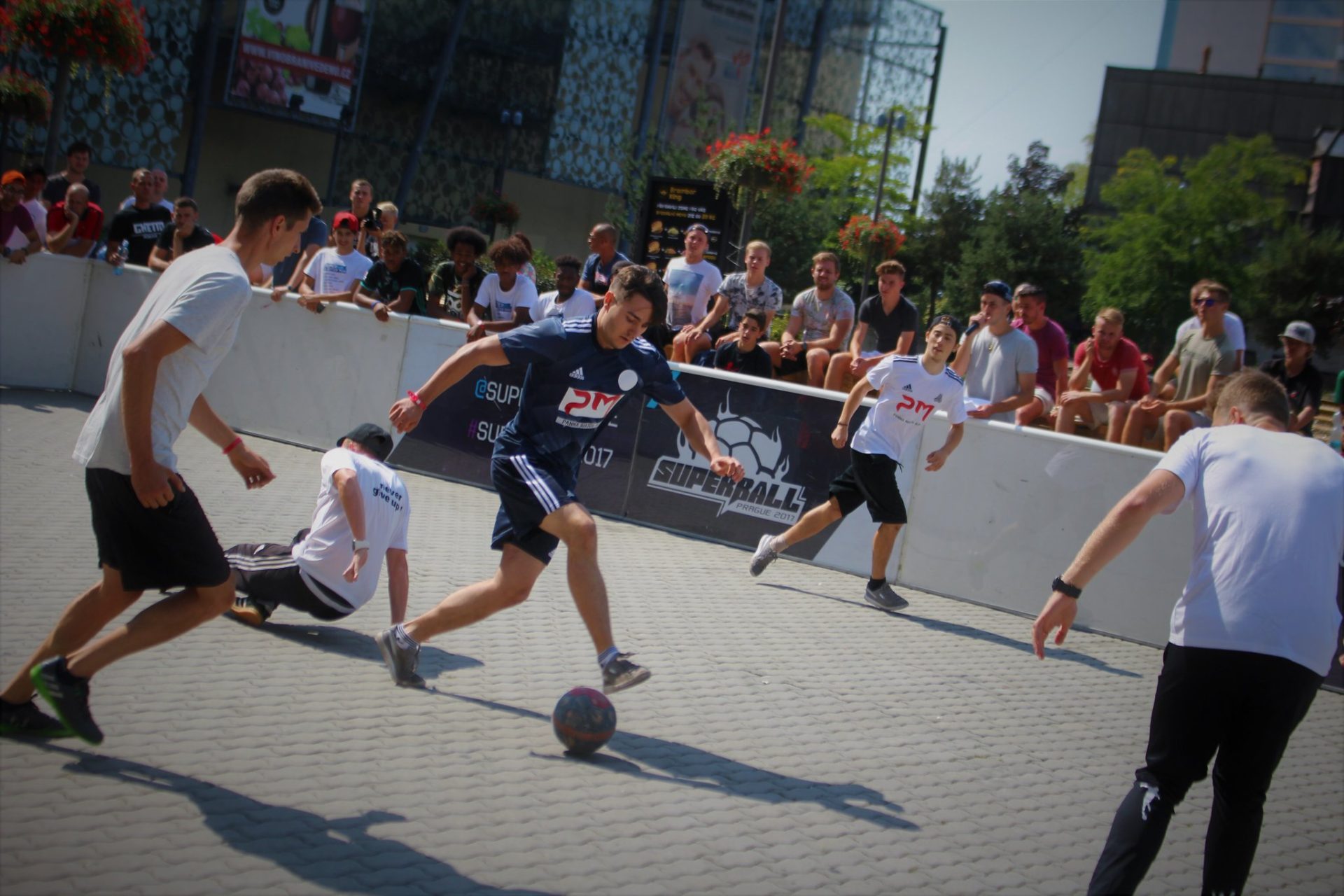 Just before its World Championship Event at the Football Festival in Manchester this weekend, World Street 3s teamed up with Super Ball to co-host a 3v3 world open featuring teams from Germany, Poland, Iran, and Denmark, among others. The tournament saw a combination of freestylers, street footballers, and football lovers competing just minutes away from the world’s biggest freestyle event.

For the first time ever, it wasn’t just freestylers participating at the world-renowned Super Ball. Along with the help of World Street 3s, the street ballers got a taste of the unique Super Ball experience while also competing against some of the best competition the world has to offer.

In addition to top street football talents, the tournament featured some crossover players as well, with skills both in freestyle and street football. None of these hybrid teams made it further than Iran Freestyle, who placed fourth after being defeated by Pannalicious in the third place match.

However, the team that was left standing after the dust settled was Panna Match Berlin, who won in thrilling fashion, defeating Copenhagen Panna House in a golden goal/panna extra time situation. Featuring street baller superstar Can Yanar, Panna Match Berlin took home the €1,000 prize and will try to take the momentum from the victory in to this weekend’s world championships. 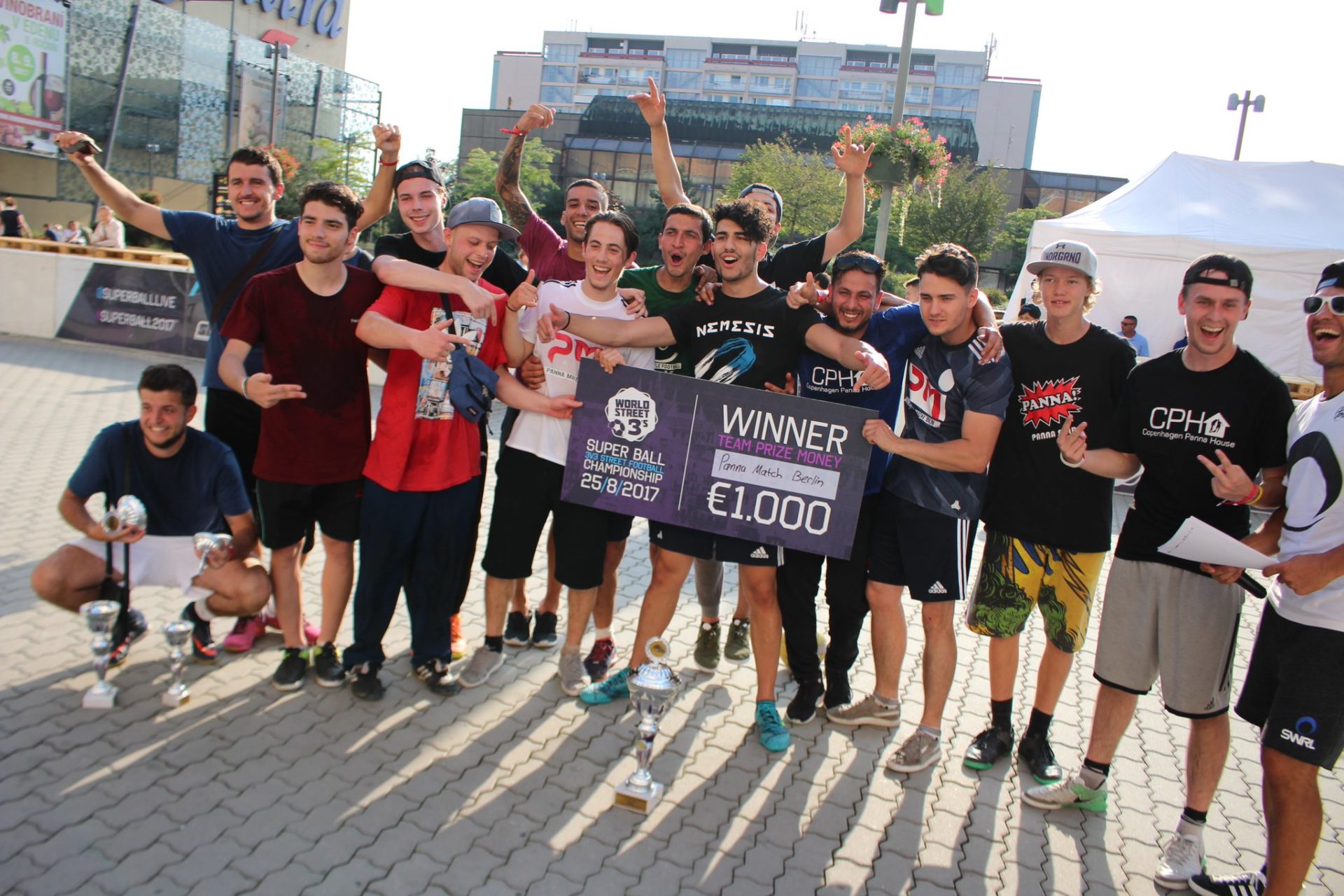 As both street football and freestyle continue to grow in popularity, we have seen the occurrence of more combined events, such as July’s European Street Cup and this weekend’s Football Festival in Manchester, which will feature both the World Street 3s World Championship as well as the European Freestyle Championship.

“I’m really excited about this addition to freestyle, and I think if we can combine the two and tour the world there’s a lot of potential,” said World Freestyle Football Federation co-founder Steve Elias in an interview with World Street 3s. Elias also competed in the tournament alongside WF3 President Dan Wood and U.S. freestyler Vincent “Spinny Vinny” Grady. “It just adds a lot of flair to the event, because you’ve got the freestylers, but then you also have the (street football) players, so you bring everyone together and they can enjoy themselves as well.”

While there has been some crossover between street football and freestyle, a combined world tour is unprecedented, and it could draw larger crowds and provide both sports with added media coverage, allowing their respective popularities to grow even more. Only time will tell if that idea becomes a reality or remains a pipe dream. 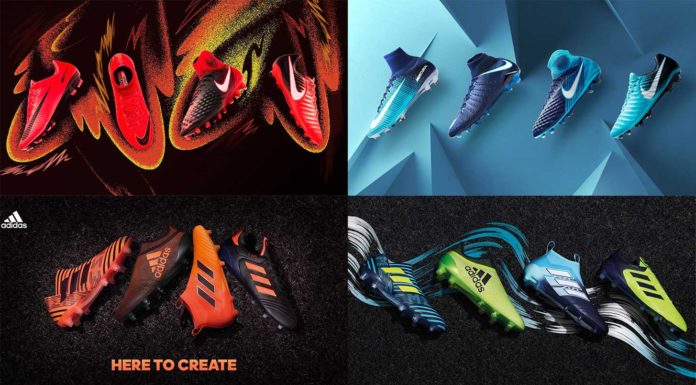