The Ronaldinho Globe Street Team, billed as the greatest street football team ever assembled, was created to challenge the world’s top street ballers while spreading positivity and inspiration through the most authentic form of the beautiful game.

In anticipation of the 2006 World Cup in Germany, Nike launched its now iconic “Joga Bonito” campaign that highlighted what the beautiful game is all about. No flops or dirty challenges, just pure skill and creativity. The man at the center of that campaign? None other than the legend himself, Ronaldinho.

With clips of Ronaldinho as a child executing moves that most adults wouldn’t dare try, the Joga Bonito campaign left fans once again in awe of the Brazilian’s ability to break ankles with moves like his patented elastico.

Over a decade later, the rise of street football is building a new culture that echoes the Joga Bonito campaign’s message.

This message is what inspired the creation of the Ronaldinho Globe Street Team, an elite street football squad with a mission to unite and inspire, put together by brothers Raphael and Thiago Senden, their cousin Alceu Neto and childhood friend Eduardo Bayao.

The concept began when Raphael, who is the president of the Chinese Freestyle Football Federation in addition to GST’s CEO, managed and planned Ronaldinho’s stay in China during a business trip. From there, the two became close friends and shared a vision of creating an organization that could have a positive impact through street football. After all, who better to create a street football organization with than someone who rose from the streets to the spotlight?

After bouncing ideas off of one another’s head for six years, they finally came up with the idea for the Ronaldinho GST — a team made up of legendary street ballers that could showcase the power of teamwork to audiences worldwide.

Their mission? To challenge the best players around the world while creating a positive social influence in global communities. Sounds like a good concept, right?

At the risk of sounding like an infomercial, there’s more. The four GST executives and Ronaldinho selected street football OG Edward van Gils, aka “The Godfather,” to be the Ronaldinho GST team captain. You can pick up your jaw now.

Each player brings a skillset of his own — do Rosario’s insane ground moves, Issy Hitman’s cold-blooded striking ability, Orry’s brute strength, and van Gils’ swagger and feel for the game.

However, finding the right ballers for the GST was a task of its own. The GST executives and Ronaldinho wanted players who were not only of the highest talent, but had stellar off-the-pitch reputations as w

“We chose the players based on their highlights, technique, fame, charisma and personality,” said Thiago, who is serving as GST’s director of marketing. “We don’t need a good player but a bad boy. Being technically good is not enough.”

The values held by the members of the team were extremely important to the GST founders. The players would not only serve as entertainers, but as ambassadors with a mission to spread positivity through their mad skills.

Going beyond just street football and creating purpose was something spearheaded by the Sendens, Neto, and Bayao.

The foursome grew up together in Curitiba, a city in the southern countryside of Brazil, where they were immersed in street football culture. It was on the streets of Curitiba where they fell in love with the beautiful game.

“Street football is the purest emotion of the game,” Thiago said. “It’s how everything starts before the spotlight. It’s amazing how it combines sports, teamwork, environment, street culture, creativity and fair play. And it encourages kids to play out on the street.”

When they were all kids, Thiago said that the streets used to be quiet. They would use chalk to mark the pitch, and if a car would pass through, they would all run off and wait for it to pass. Nowadays, the streets are more congested with traffic. The cities are growing, and so is violence, making the streets a dangerous location for kids to go play.

Bringing positivity back to the streets is a main focus of the GST. With a powerhouse foursome of a team and a global icon like Ronaldinho as its spokesperson, it’s not hard to see the uniting potential the GST brings.

“The main purpose of this project is a positive social impact,” Thiago said. “We want to impact the future generation. We want to inspire people through the art of dribbling. We want to show people that you can use creativity, fair play, and teamwork beyond just football.”

The team’s first major event is scheduled to be in Amsterdam — the Mecca of street football— on July 2, where the squad will look to kick things off with a bang.

The GST tour will then move around the world to compete and adapt to different players from different cultures and communities. The strategy and direction of the movement is still being planned, so only time will tell if Ronaldinho himself will join in on the action, or whether the team will add another player as a substitute. The executives are negotiating to possibly have celebrities participate in matches as well.

Who will be the selected few to challenge these legendary street heroes? It could range from the winners of the Neymar Jr.’s Five tournament to highly respected street players in their areas. While we’re not exactly sure, what we do know is that the Ronaldinho Globe Street Team will bring the heat wherever they go. 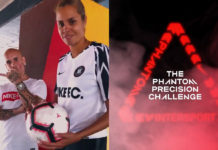 Earn a Spot on the Ronaldinho Globe Street Team Through the Nike Phantom Precision Challenge! 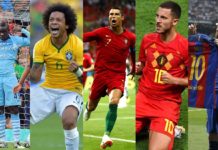 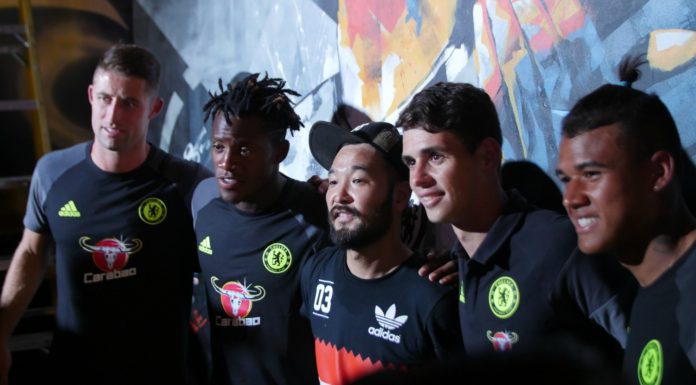