Selected to be a part of LAFC’s Street x Street campaign, Compton teacher Jacqulyn Whang uses her past soccer experiences to both relate with and empower her students. We get to know how the high school English teacher went from playing alongside Alex Morgan in her youth to preparing young minds for the future.

One of the many voices featured in LAFC’s Street x Street campaign is Jacqulyn Whang. The Los Angeles native begins the promotional clip by speaking on her “non-negotiable” commitment to her city — something that she proves on a daily basis. The campaign, which launched earlier this year, shows several different aspects of the city from historic Olvera Street to scenic Hollywood Hills, all united by the heart and grit of the people.

The #StreetxStreet kit. Available now online (link in bio). Get it at @lafchq at noon today.

Whang grew up in Southern California, the daughter of Korean immigrants. Her Korean-American heritage is part of the diversity that LAFC wanted to represent in the Street x Street campaign. Known as Ms. Whang by those she spends most of her time with, she has found her purpose in sharing the gift of education as an English teacher at Centennial High School in Compton.

Whang battled several insecurities growing up, and her journey to overcome them was aided by the beautiful game. She is now on the front lines of helping the youth in Compton, another reason why she caught the eye of LAFC.

“I wasn’t the typical Asian that was like, ‘I have this many awards,’ Whang reflected. “Even if I got an award, I wouldn’t remember it because I was always just hiding in my own insecurity.” 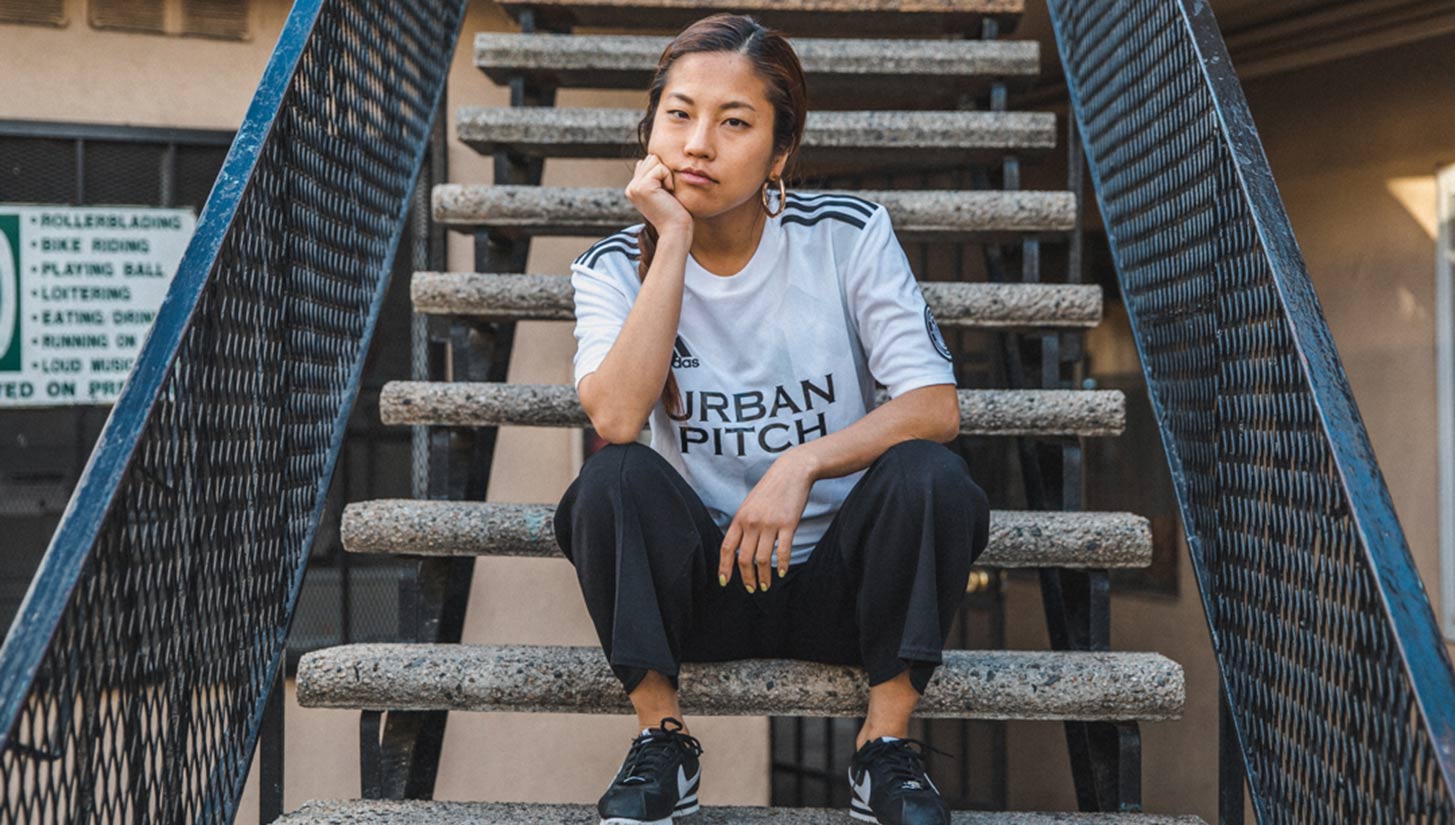 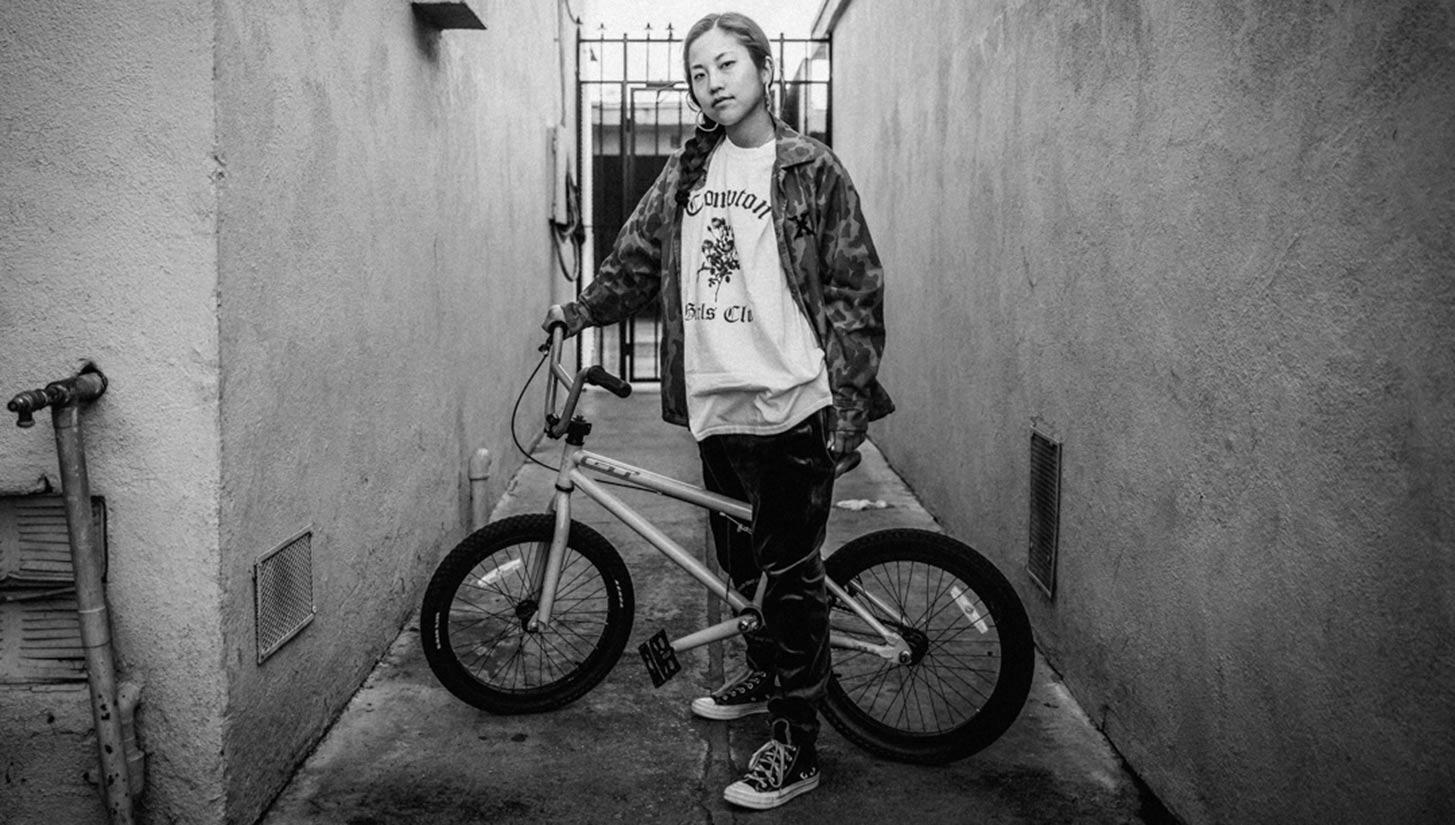 She played AYSO soccer in her hometown of Rowland Heights with some neighborhood friends. USWNT superstar Alex Morgan, who recently just scored her 100th career international goal, was on her team. Even if she wasn’t ever a star player, the game gave Whang a sense of pride as she noticed her steady personal growth.

“I learned how to be good at something and own it,” she said. “I try really hard in everything, but I don’t really give myself credit. I could see myself grow. ‘Oh yeah, I’m not as tired or out of breath anymore.’ Or, ‘I’m center-mid now.’ Not that center-mid is better, but I always thought people in the middle are faster and I equated that with being better.”

Whang now serves the Los Angeles community, teaching her kids to have that same positive self image that she learned from the beautiful game. Her ideas of how to empower her students are endless. She’s found a passion for yoga, which has helped her stay grounded, and she leads Centennial’s basketball team through stretches and breathing exercises during the season.

In 2017, she helped her students create an interactive exhibit on freedom that was displayed in City Hall. She is currently building a video program for the students to channel their creativity. 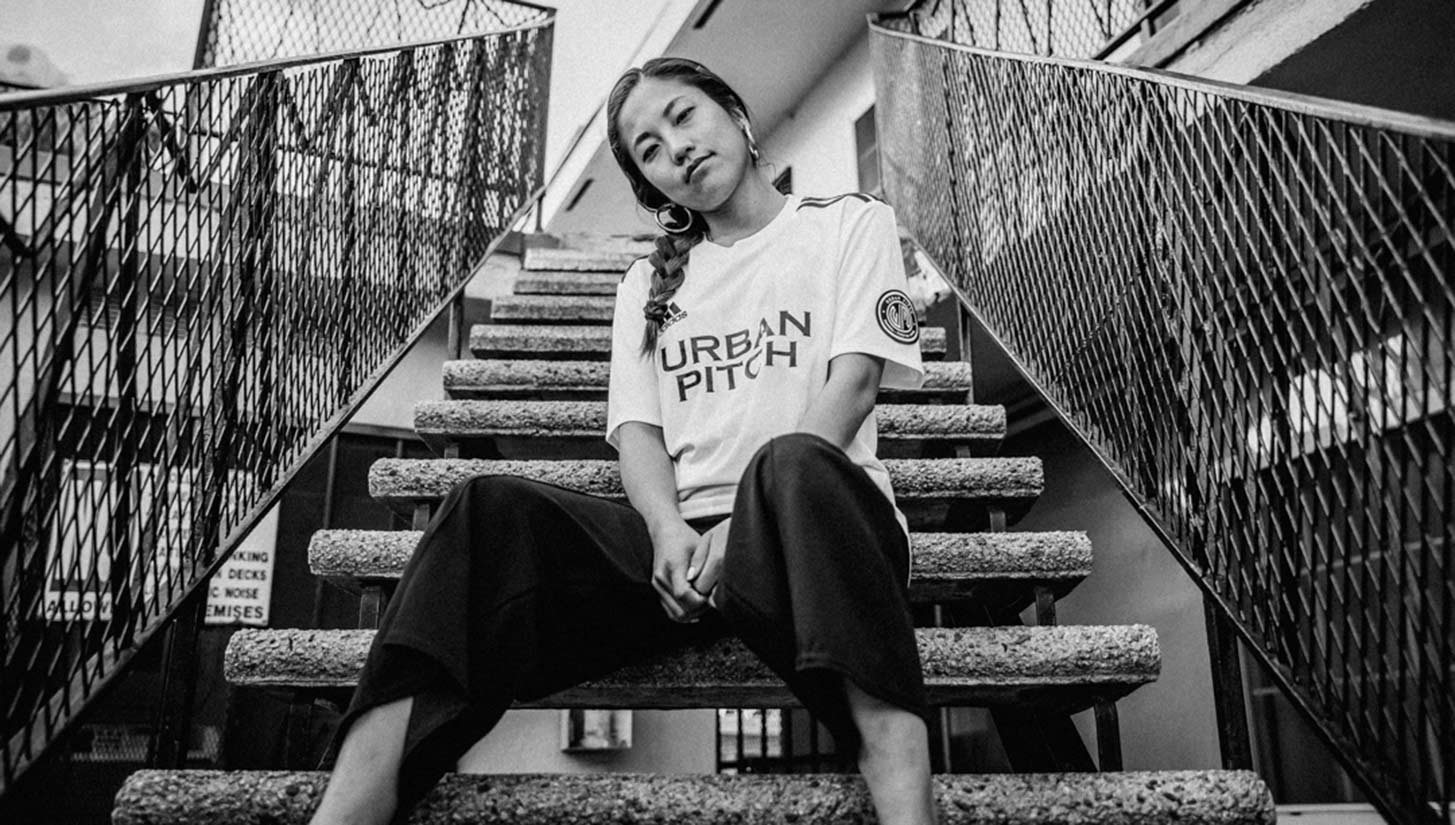 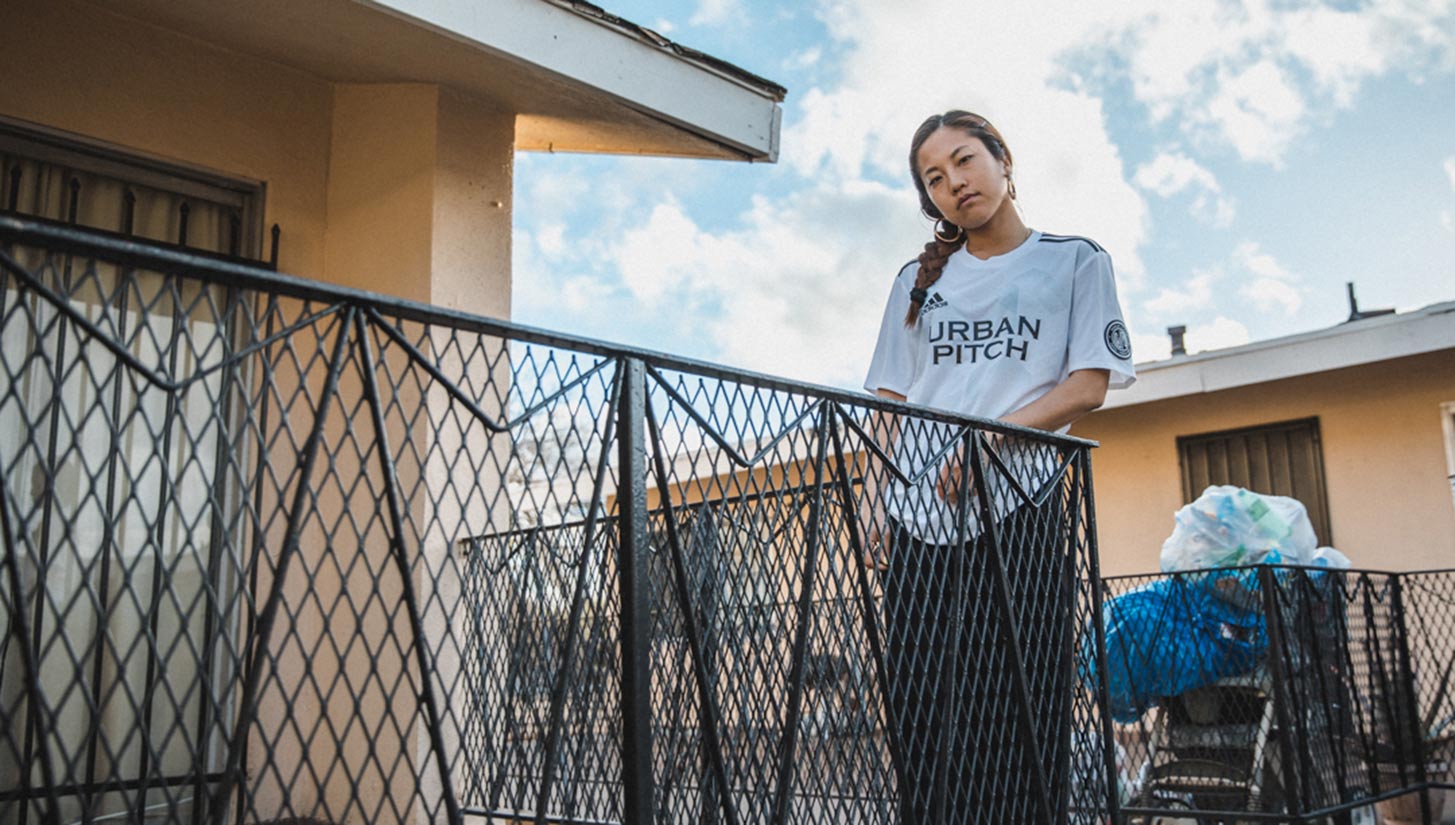 Approximately one-fourth of the city lives below the poverty line, but Compton has birthed stars in all facets of society, including rap icon Kendrick Lamar, tennis sensations Venus and Serena Williams, and award-winning filmmaker Ava DuVernay. Despite the perception that Compton is mostly African-American, the population of the city is 65 percent Latino and soccer culture is huge. Whang loves chatting about the game with her students and uses fond memories of watching the Korean national team to relate to their excitement around the sport.

“It’ll take me back to the times when my family and my church would go to Koreatown to watch the games,” she shared. “They’d block off some roads and put a projector on and we’d sit on the floor. We went to watch some World Cup games and literally it’s thousands of people sitting on the bare street in the rain. The city would just take out big, big projectors. So I get to share that with them.” 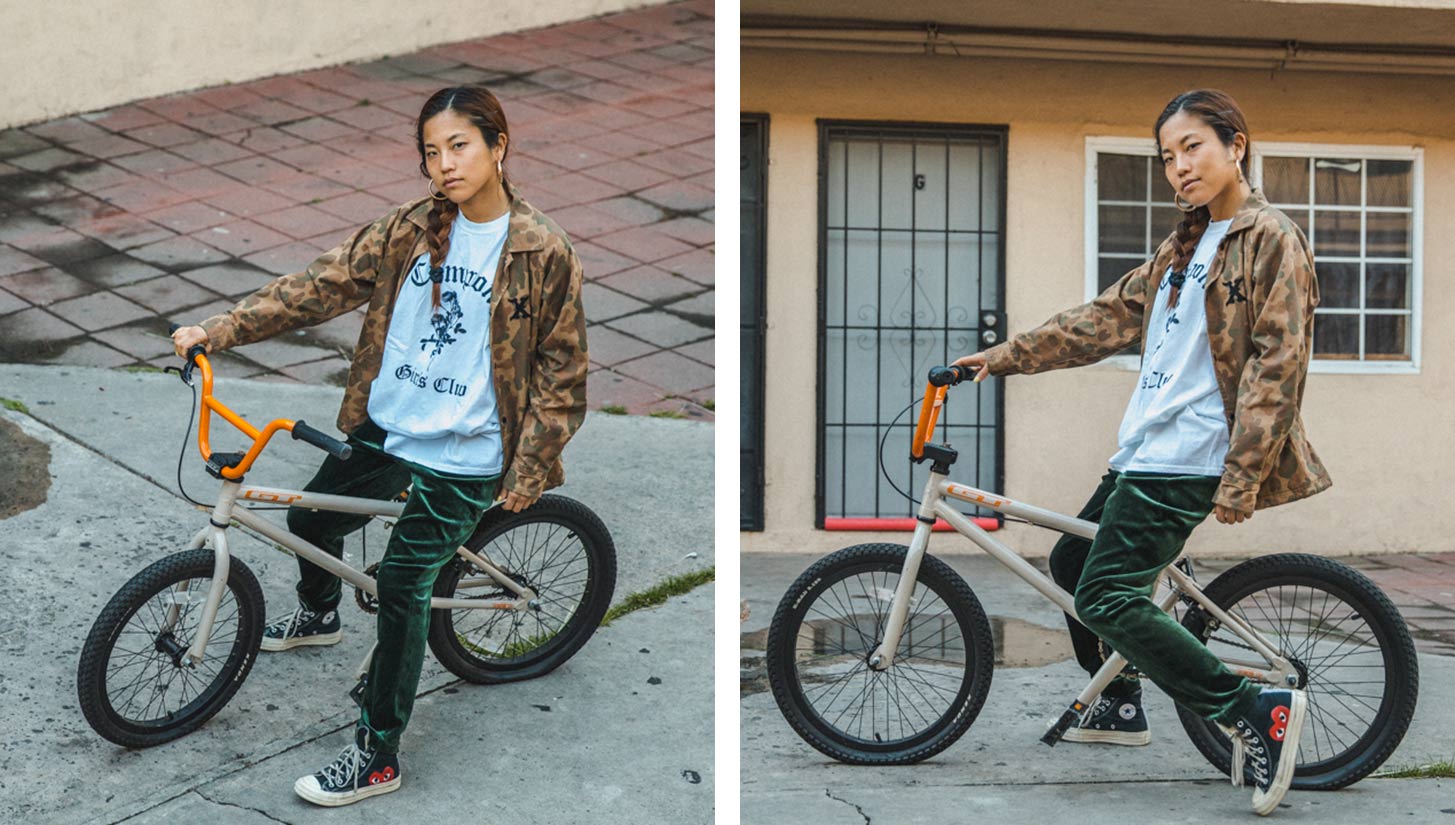 Besides that, she uses sports references all the time to motivate her students to be their best and live in their potential.

“I give them little examples and analogies all the time. Sometimes to the point where I think I’m over exhausting it — don’t use the football, don’t use the soccer,” she laughed.

On a not-so-typical school day a few weeks ago, Whang stood in the school’s gym in front of 400 girls and more than 100 mentors who she gathered to share a day of PowHERful women that she organized. The day featured spoken word performances about embracing yourself as well as time for the students to reflect on life with the mentors. Perhaps the next Alex Morgan was in the crowd. Or perhaps the next Ms. Whang. 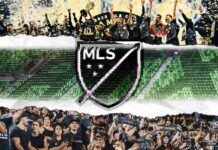 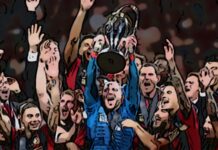 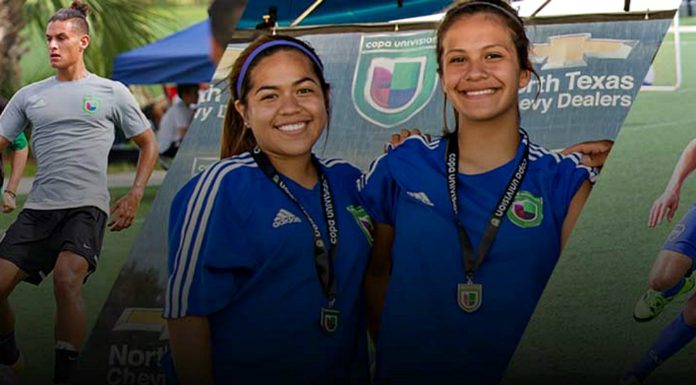