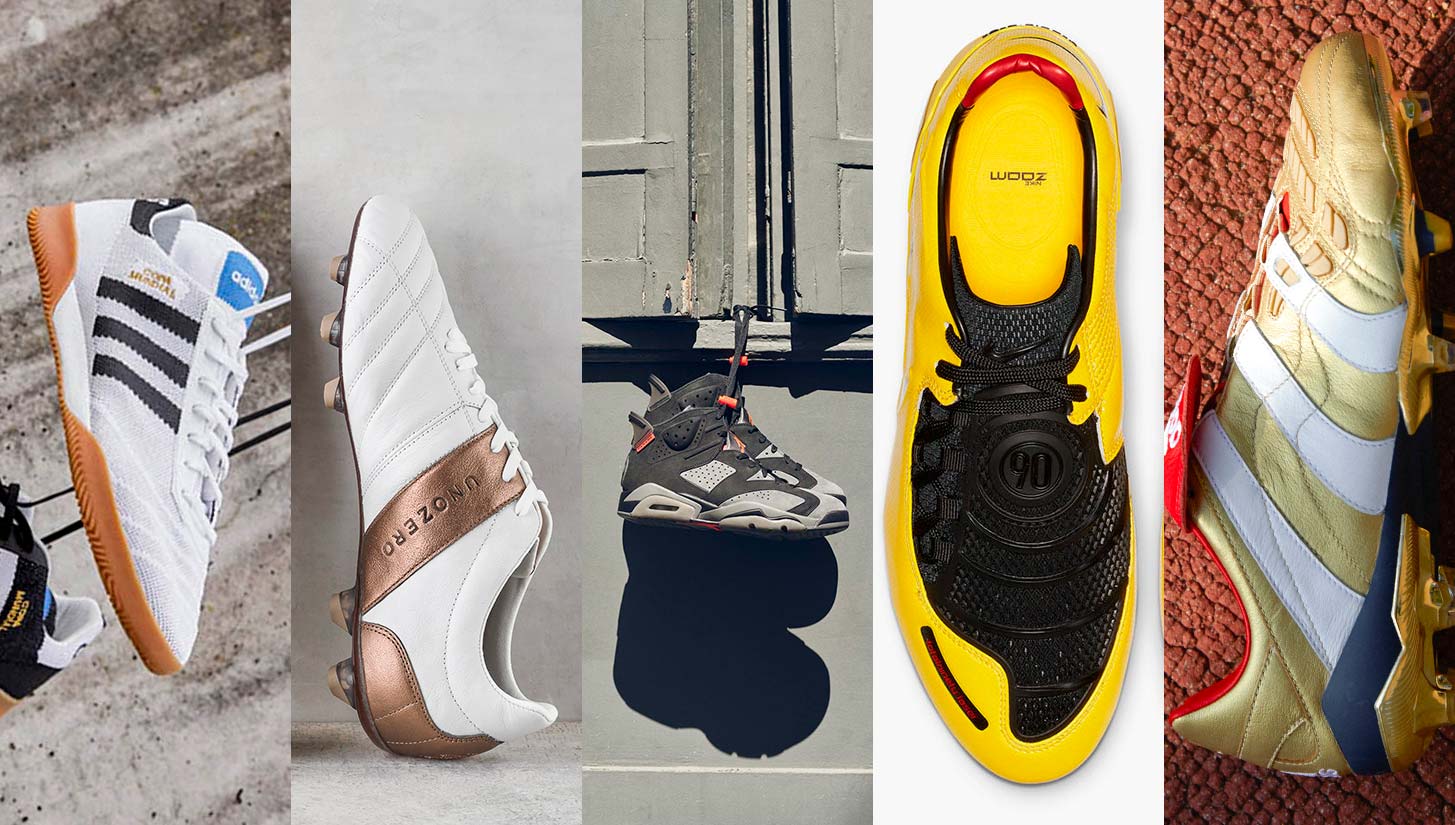 As the year comes to a close, the time has come to take a look at 2019’s best — from boots to kits to freestyle videos. Back for another installment, the Urban Pitch Year In Review kicks off with the best footwear of 2019.

Though it wasn’t as wild a year for boots and sneakers as 2018, we saw our fair share of eye-popping releases sprinkled throughout 2019. From the emergence of new brands to the triumphant return of throwback models, there was plenty to be excited about. But out of all of them, these are the best of the best. 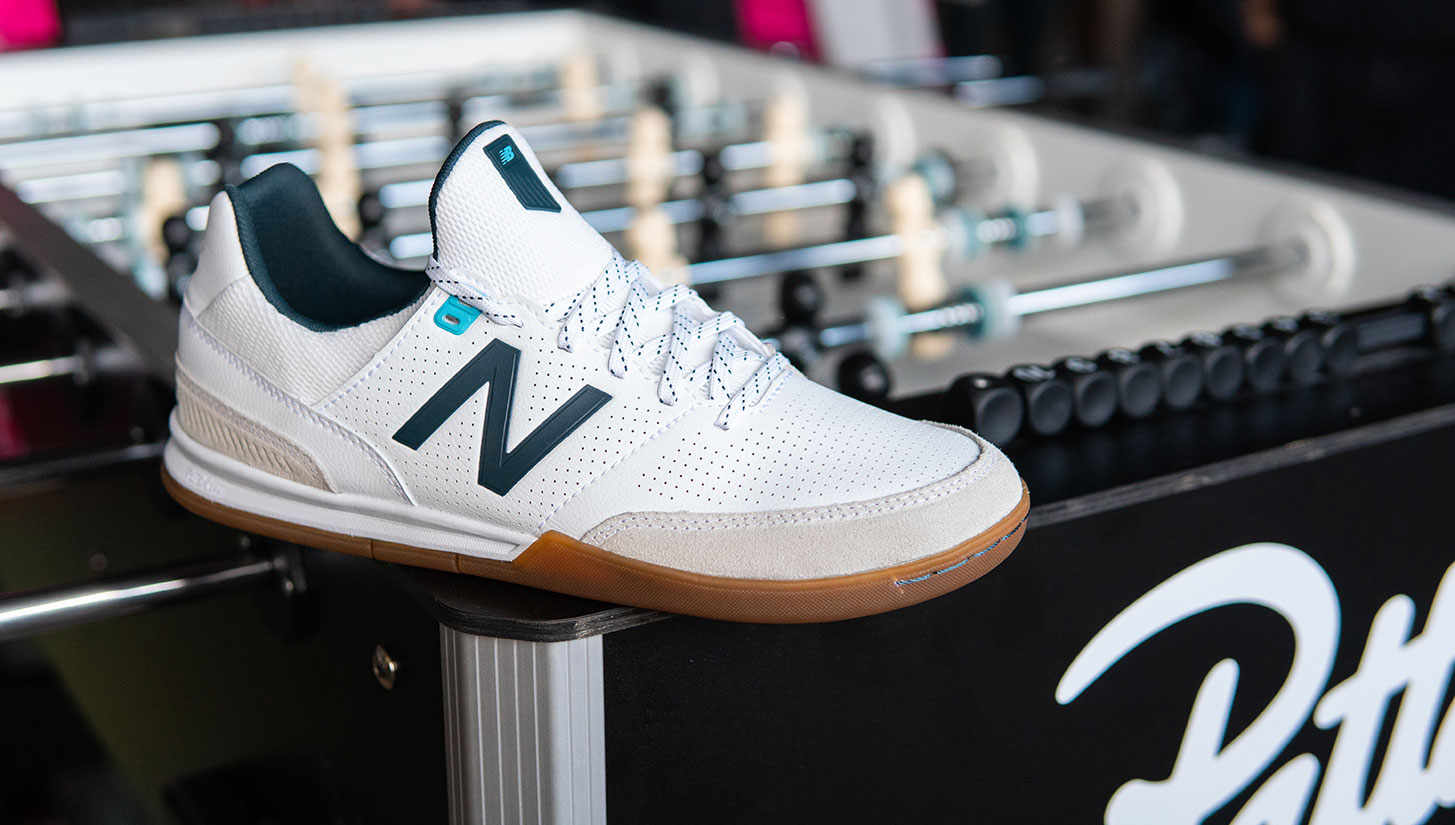 With an ultra clean design and premium materials, the New Balance Audazo 4.0 is a rarity in that it is just as wearable on the pitch as it is off of it. One thing that stands out the most about this shoe is its quality. A genuine leather upper gives you a custom fit and soft touch, while suede on the toe cap and heel add both aesthetic and durability. 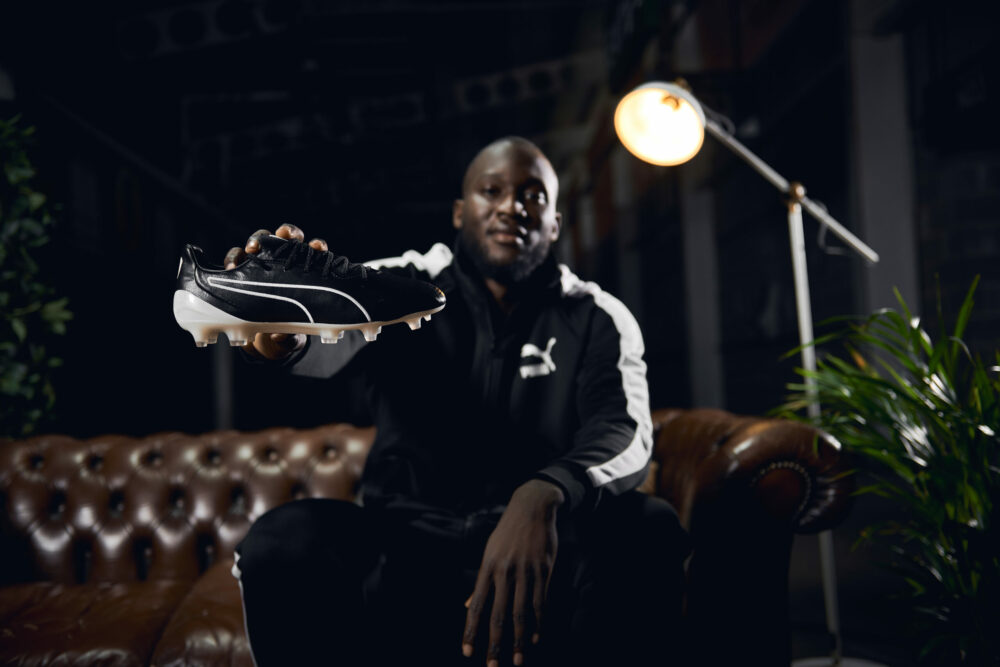 Easily its most iconic boot, the PUMA King has been donned by two of the greatest of all time — Pele and Maradona. While Inter Milan striker Romelu Lukaku isn’t quite on their level yet, the Belgian international has had a bounce back season after struggling with Manchester United last year. Could it be the boots on his feet? The PUMA King Platinum RL maintains the classic styling of the iconic King line with updated technology to give its wearers a leg up over their competition.

The PUMA King Platinum RL was a limited release and is sold out, but you can pick up the standard Platinum King here.

8. Diadora Brasil Made in Italy

Another pair of classic boots, Diadora brought back its most storied model, the Brasil, in 2019. It was originally released in a striking black and neon yellow colorway, but our favorite edition from the Italian brand was the OG black and white. You can never go wrong with a pair of these.

Shop the Diadora Brasil Made in Italy here. 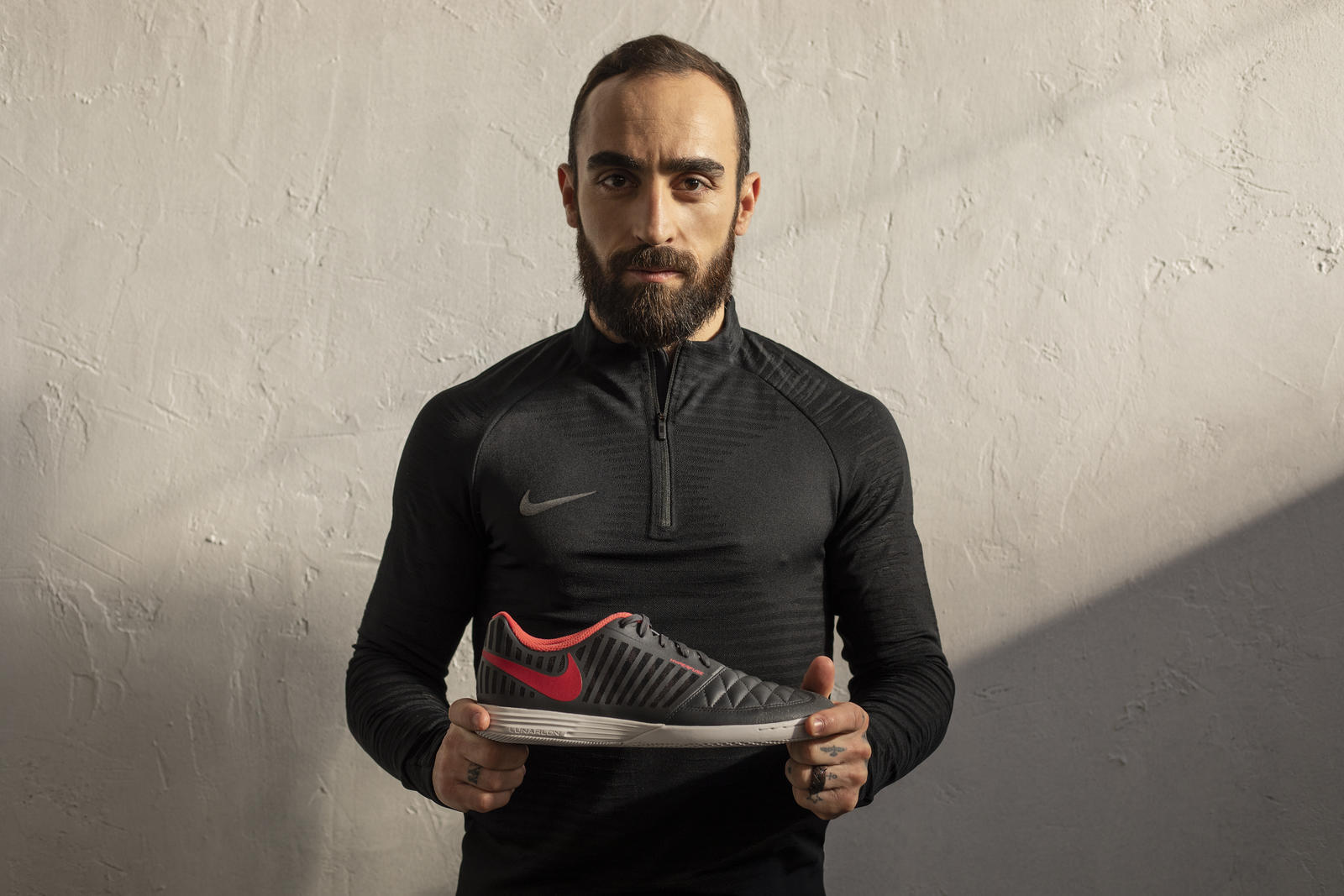 We saw the Gato release in its skateboarding version in last year’s Nike x Supreme collection, but the celebrated Lunar Gato II indoor shoe made its official triumphant return earlier this year. The Gato II’s combination of cushion, grip, and touch make it a popular choice amongst street ballers and freestylers alike. When the shoe’s production ceased in favor of the Nike X line, they became highly sought after in the community, so the return was met with more than welcoming arms. 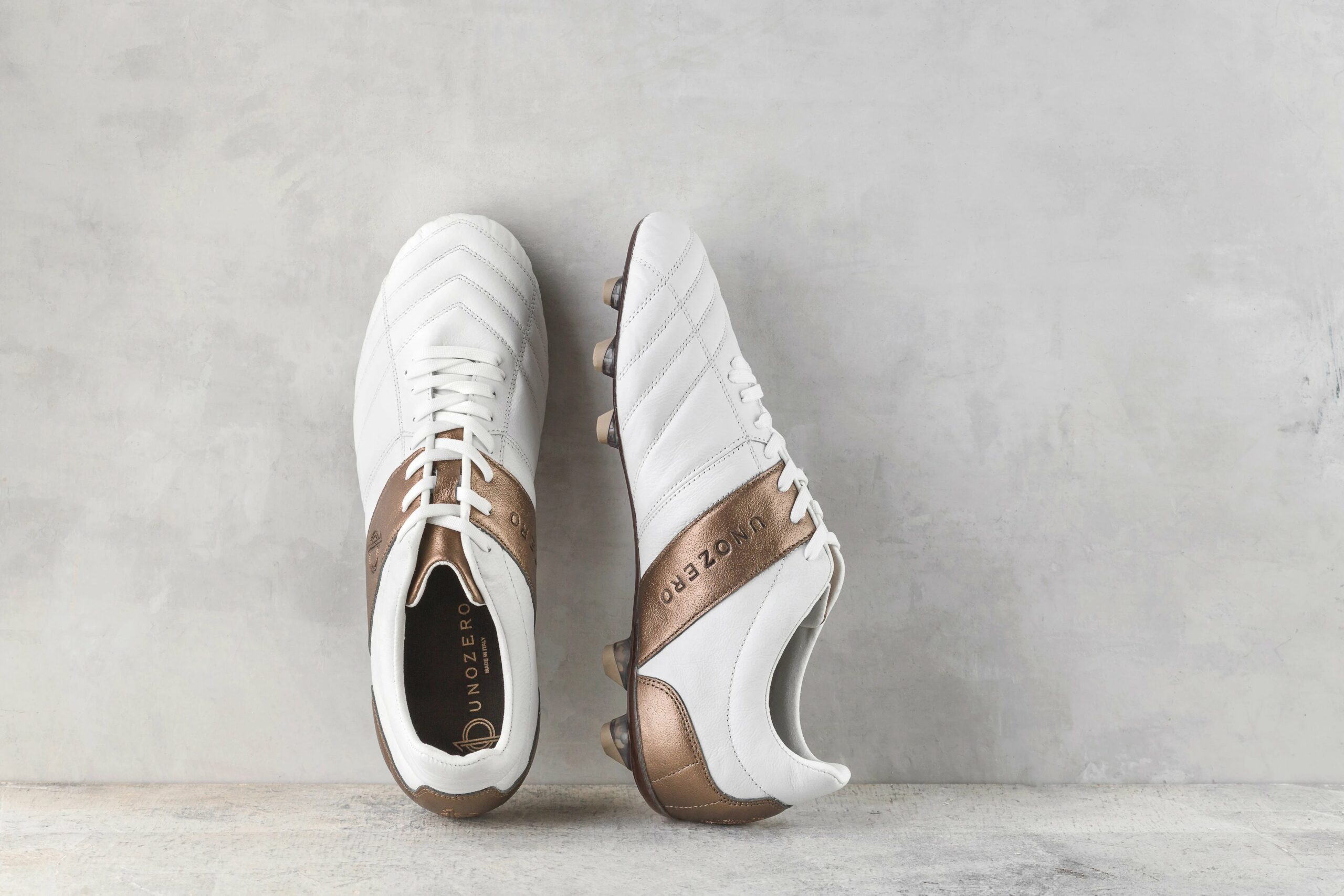 A new brand dedicated to top-of-the-line craftsmanship and timeless elegance, UNOZERO gave us the Modelo 1.0 this year, and all we can say is — wow. Hand made in Italy, the boots ooze both class and quality, making them perfect for players who don’t need the bright flashy synthetic boots from other labels. 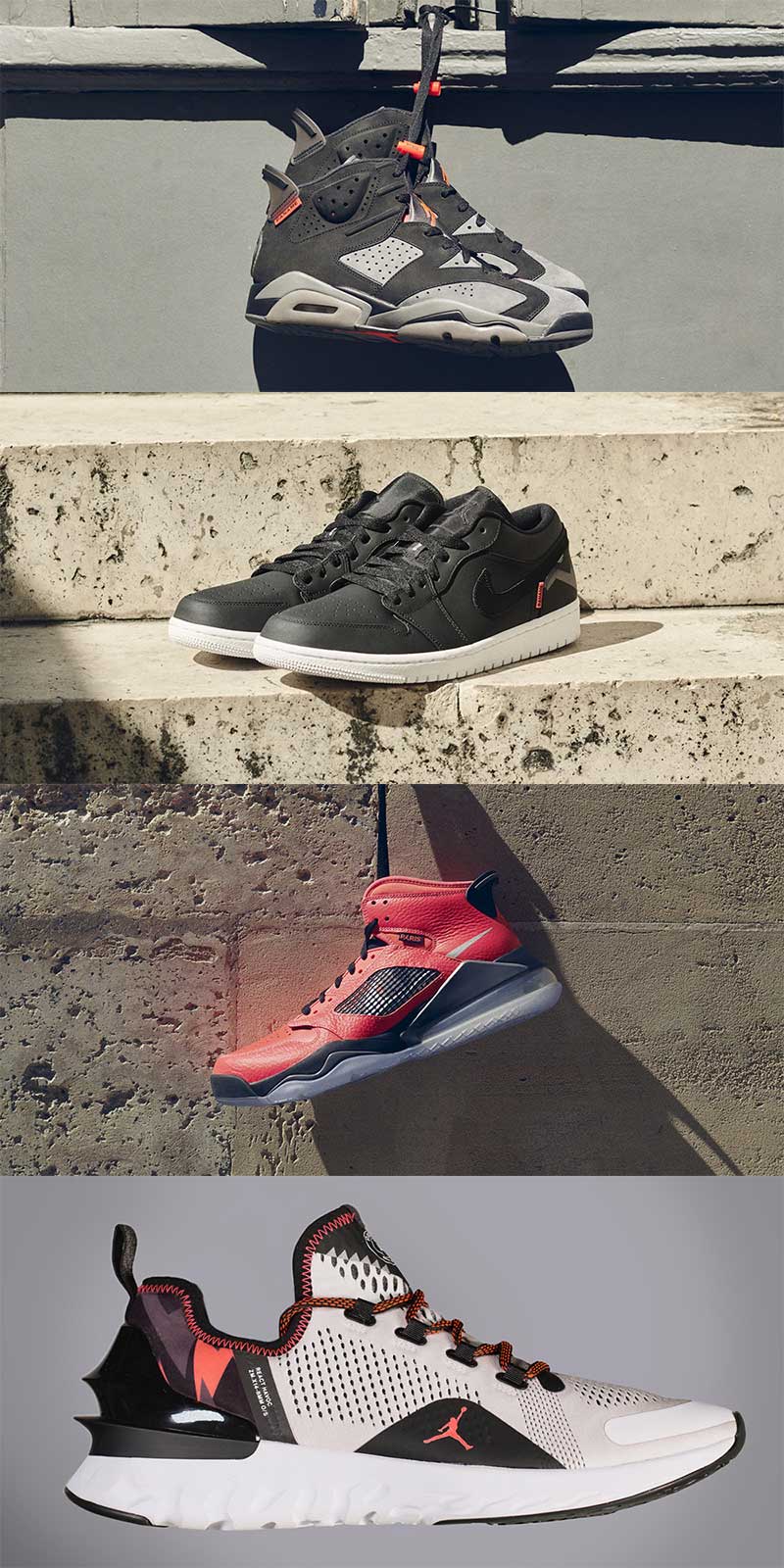 Building upon last year’s groundbreaking partnership, the Air Jordan x PSG collection expanded even further this year. In addition to the Air Jordan 6 and Air Jordan 1 Low, we saw PSG editions of the React Havoc and Mars 270, two of Jordan Brand’s newer models. While each pair was executed pretty well, they weren’t quite as good as what we saw in 2018, which if you recall took our top spot in last year’s rankings.

The Air Jordan x PSG collection is sold out on Nike, but you can try your luck with resellers here. 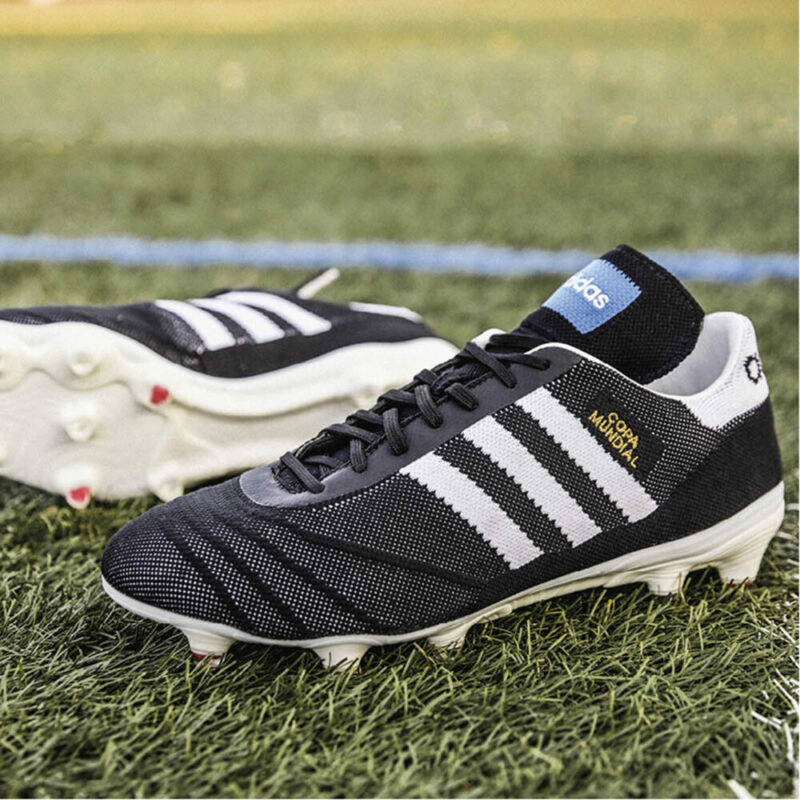 After last year’s historic revamp of the long-running COPA franchise, adidas turned back the clock in celebration of their 70th anniversary with the COPA 70. Featuring the original design of the 1982 debutant model with a few updates, they maintain a classic look while being able to keep up with today’s game. A full Primeknit upper keeps the boot light, and the bluebird logo on the tongue adds that extra bit of nostalgia. In addition to the on field boot, adidas released two trainer colorways of the COPA 70, keeping in line with their “stadium to street” ethos. 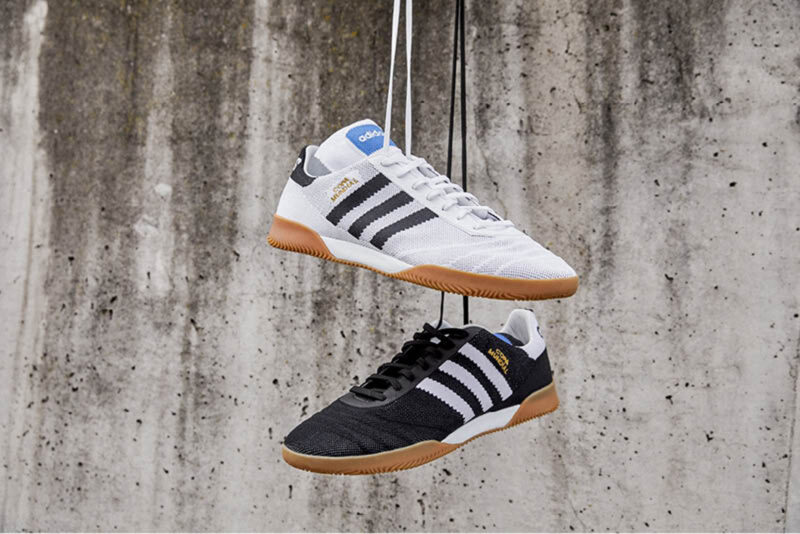 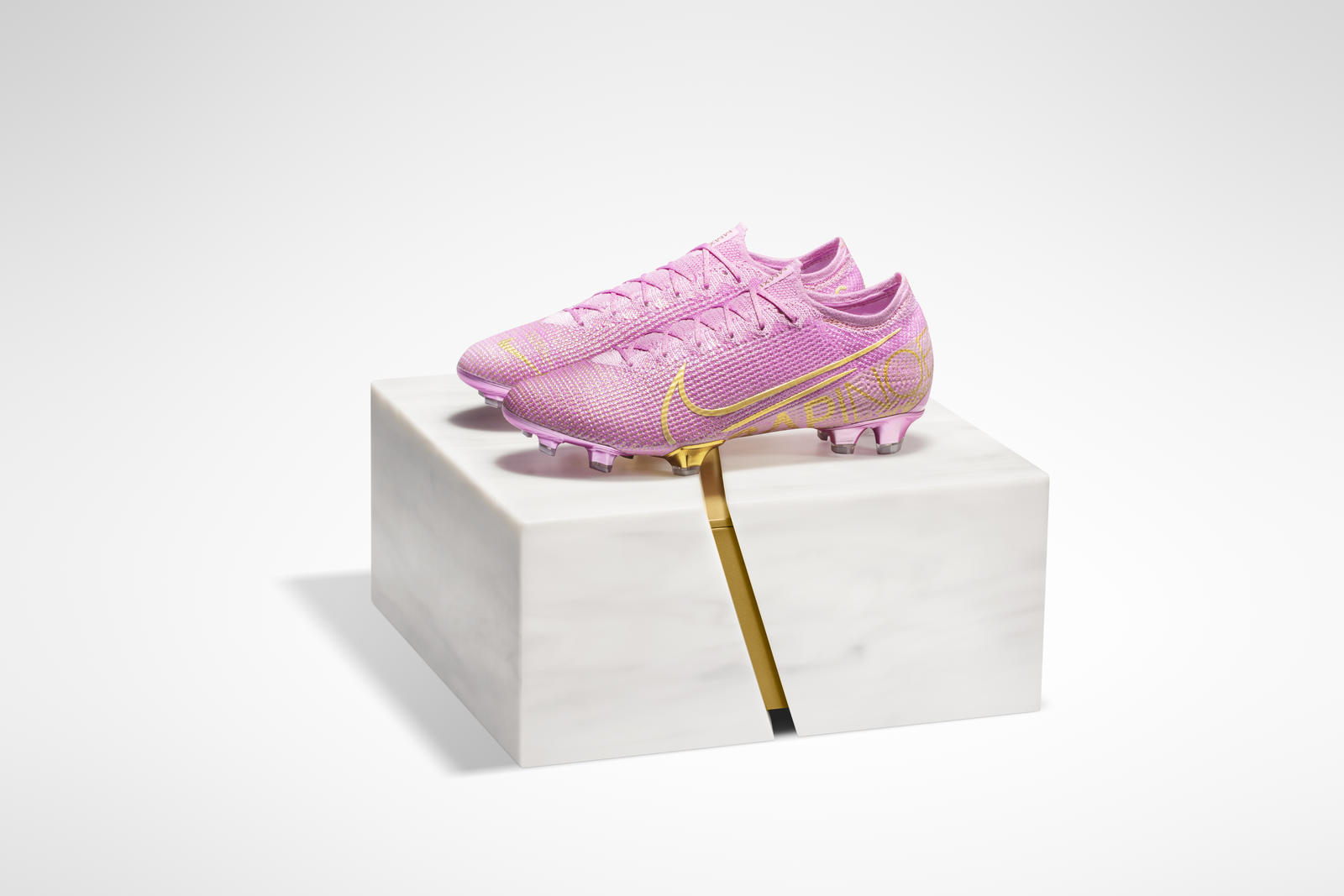 It’s pretty hard to have had a better year than Megan Rapinoe. She became an icon at the World Cup, won a Ballon d’Or, and most recently was named Sports Illustrated‘s Sportsperson of the Year — only the fourth-ever solo woman to win it. The icing on her magisterial 2019 campaign, Nike unveiled a commemorative pair of one-of-one Mercurial Vapor boots. Decked out in pink as a nod to her signature hairstyle, they also feature her name in gold graphics (any other color would simply be inferior) as well as four stars on the heel in celebration of the USWNT’s World Cup victory. While they weren’t available to the public, these boots (and Rapinoe herself) were too important to leave off of our list. 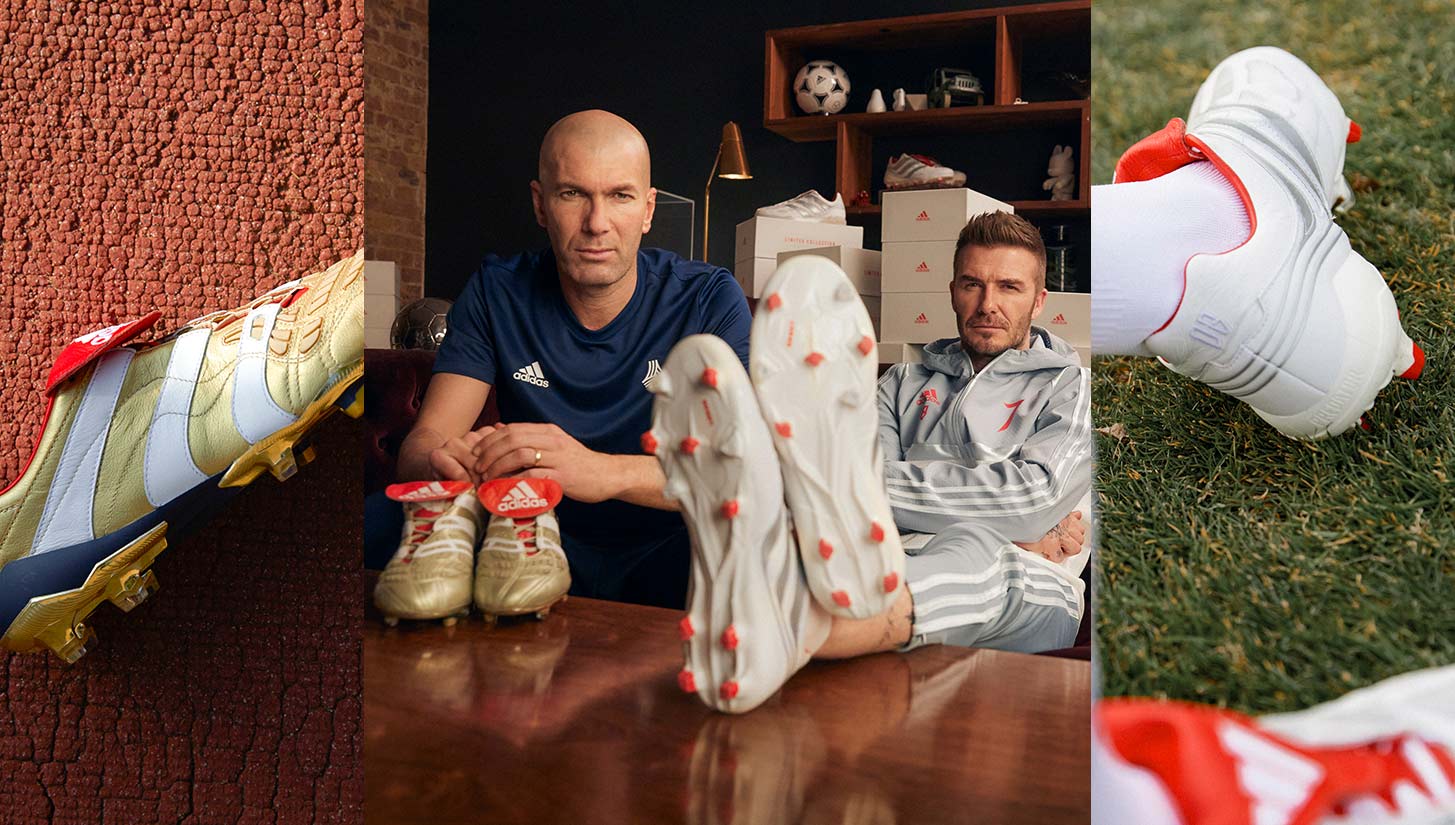 Celebrating another landmark anniversary in the Three Stripes’ lineage, the 25 Years of Predator pack saw a beautiful reissue of two of the most famous installments of the franchise worn by two icons of the game.

Starting with Zinedine Zidane’s ’98 Predator Accelerator, the gold colorway is a nod to his Ballon d’Or honor that year. The upper design remains more or less unchanged, while a modern soleplate provides updated cushioning and traction. David Beckham’s ’01 Predator Precision is just as striking, with the iconic white and red colorway harkening back to his days with Manchester United and the England national team.

The pack was also accompanied by a new Predator 19+ co-designed by the legends themselves, in addition to an off-pitch trainer of both boots and lifestyle apparel inspired by the 2003-04 Real Madrid kits, which both of them shared the pitch in.

The Predator 25 Year pack is sold out on adidas, but you can try your luck with resellers here. 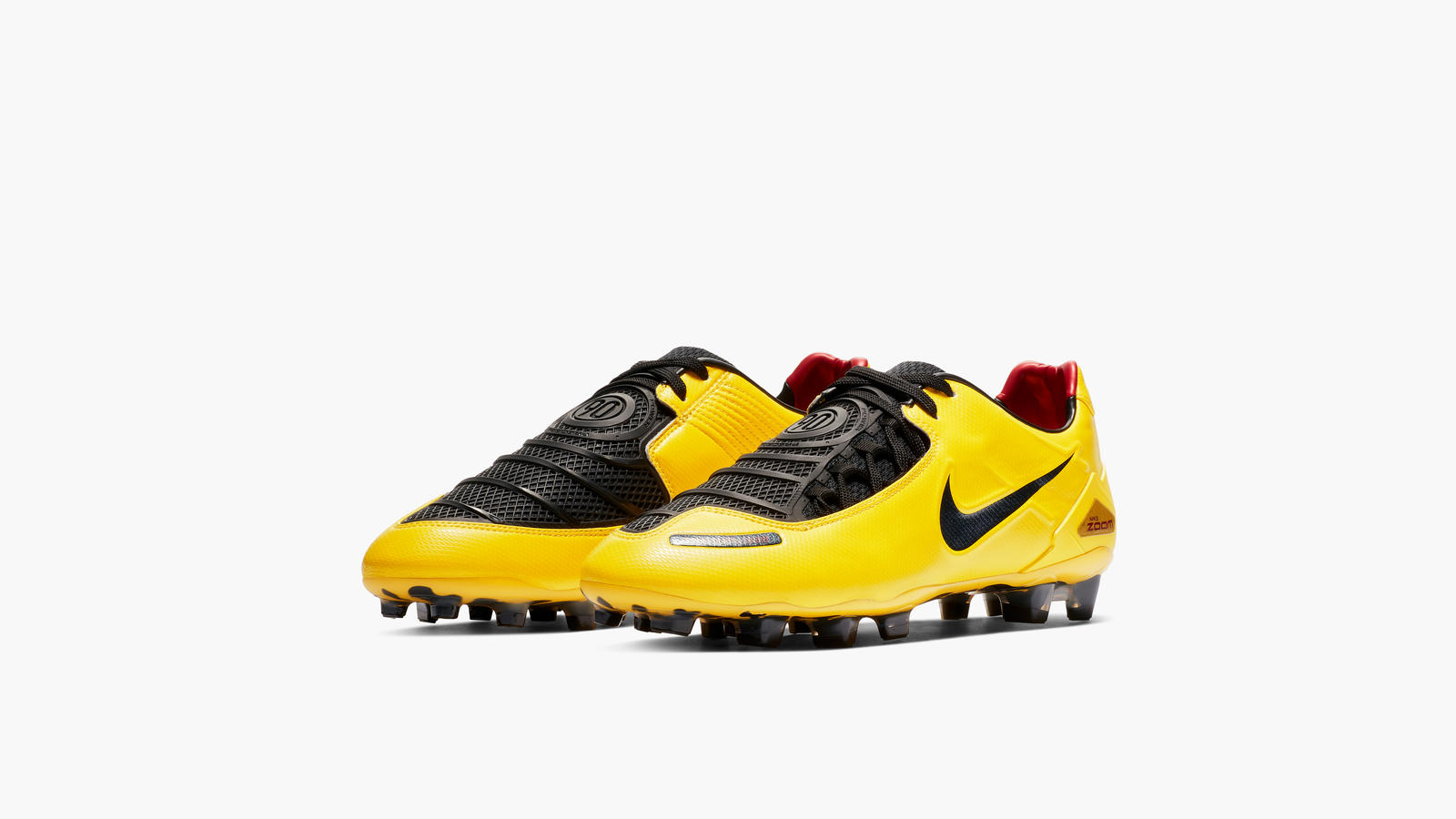 While we would’ve liked to include an all-new, original boot as our top pick of the year, it’s pretty hard to top these. Plus, it’s a fitting cap to the retro conceit of 2019. A universally beloved boot that has seen its fair share of greatness, the Total 90 Laser made its highly anticipated return this year to plenty of fanfare. The bold yellow colorway instantly conjures memories of Wayne Rooney screamers and the iconic ad campaigns.

Limited to 2,000 pairs worldwide, the re-released boot has been highly sought after by collectors and nostalgia junkies alike, and we don’t blame them — it’s the best boot of 2019.

The Total 90 Laser SE sold out quickly, but try your luck with resellers here. 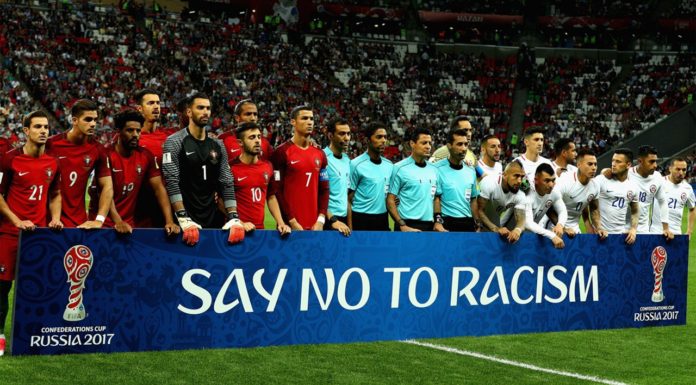